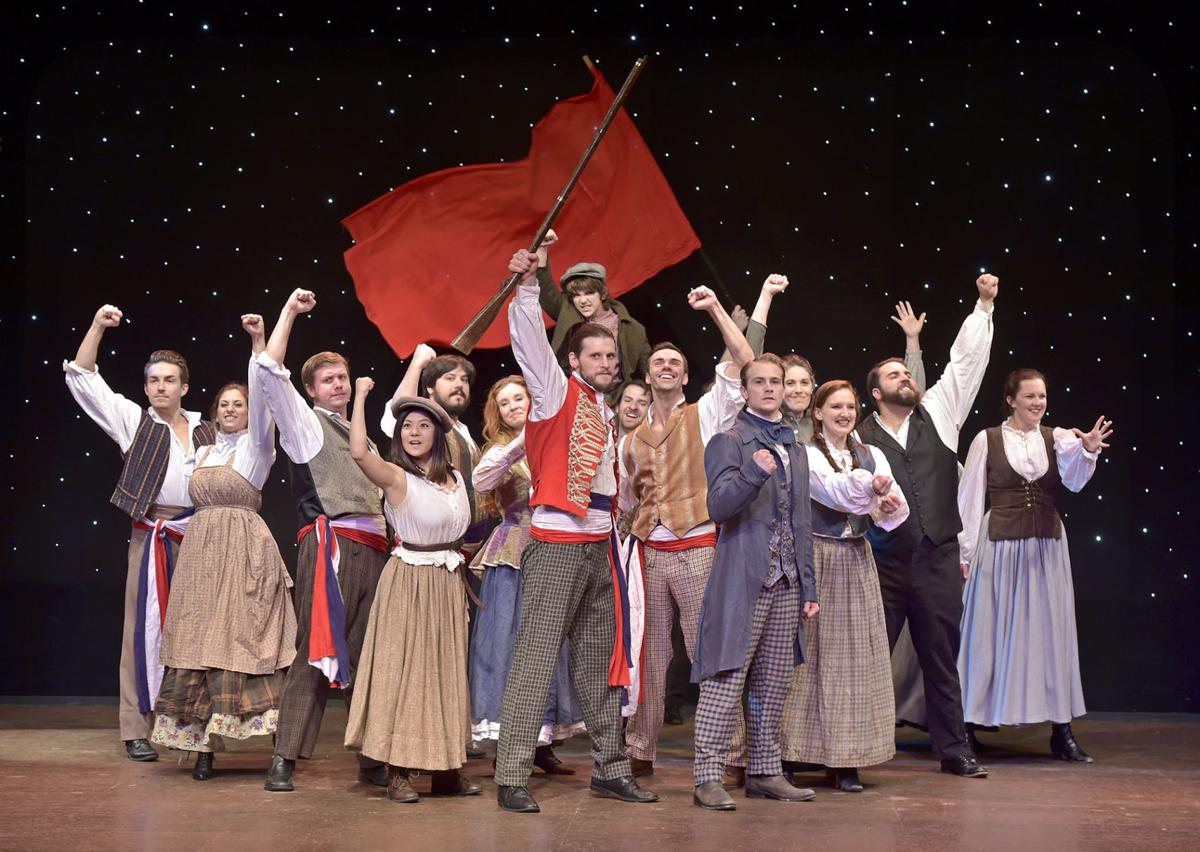 The Les Miserables ensemble on the stage at Dutch Apple Dinner Theatre. 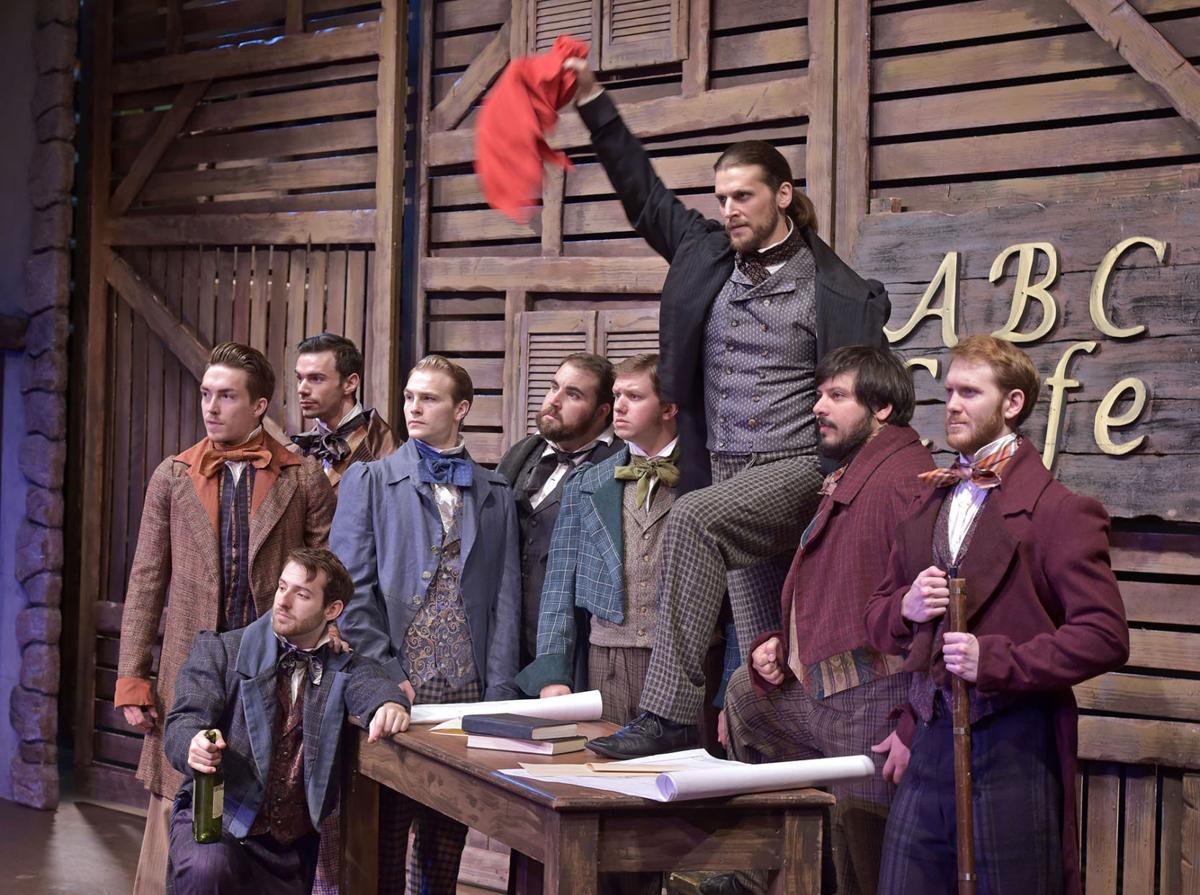 The Les Miserables ensemble on the stage at Dutch Apple Dinner Theatre.

Part of the reason so many people love the musical “Les Miserables,” opening tonight at the Dutch Apple Dinner Theatre, is because it is so sweeping.

Rebellion, death and despair share the stage with redemption, passion and love at first sight.

And nobody does love at first sight better than Marius and Cosette.

He is a student helping to lead a rebellion against the heartless French government.

She is the beautiful adopted daughter of Jean Valjean, an upstanding citizen with a secret past.

They meet and fall instantly in love.

“Musical theater loves to deal with love at first sight,” says Nick Lerew, who is playing Marius. “I think you have to allow the audience to get swept up in it. We are in a world in which people could die any day.

“Cosette is so young and so naive, even shallow,” says Teresa Whitt, who is playing Cosette. “So to play her, you have to realize she has no sense of what love is.”

Cosette has led a sheltered life. Her adoptive father has been on the run much of his life. When he was younger, he stole a loaf of bread to feed his sister’s starving child. Caught, he was put in prison for years. After he was paroled, he met up with a kind priest who made him want to be a better man.

So he broke parole and went on to become a fine man who owned a factory and became the mayor of a town.

Cosette was the child of one of his employees who died. He took her in, but his life was complicated by Inspector Javert, who continued to relentlessly hunt him down to send him back to prison.

Cosette knows none of this.

“Marius is probably the only other man she has encountered (besides Valjean),” says Whitt. “All she knows is the physical, and it makes her giddy.”

Marius, on the other hand, is very driven and passionate. He hangs out with his fellow students in cafes, talking about the injustices of the system. Something, they all agree, must be done.

“He is motivated by the people around him and gets caught up in their causes,” Lerew says. “He is in the throes of this revolution.”

“Les Miserables” is based on the book of the same name by Victor Hugo.

Set in France, the story largely revolves around the June Rebellion of 1832, an anti-monarchist insurrection that took place on the streets of Paris.

For one night, it seemed as though the insurgents might take over Paris, but it wasn’t to be. The rebellion failed to spread and many were killed.

The play sets dramatic scenes around the barricades the insurgents set up.

This is Whitt’s first appearance at the Dutch Apple, but she played Cosette in a production in her home state of New Jersey two years ago.

“In rehearsal, I am constantly reminded of why the show is so iconic,” she says. “When people hear I am in ‘Les Mis’ they say that it’s such an awesome show. Everyone knows it.”

Whitt remembers a father of one of her co-stars coming to every single performance they did in the run of the show.

“And it wasn’t just because his daughter was in it,” she says. “He just couldn’t get enough of the show.”

Unfounded claim of election fraud in Lancaster promoted by Trump

Here are the Pennsylvania counties with the highest coronavirus death rates since Nov. 1