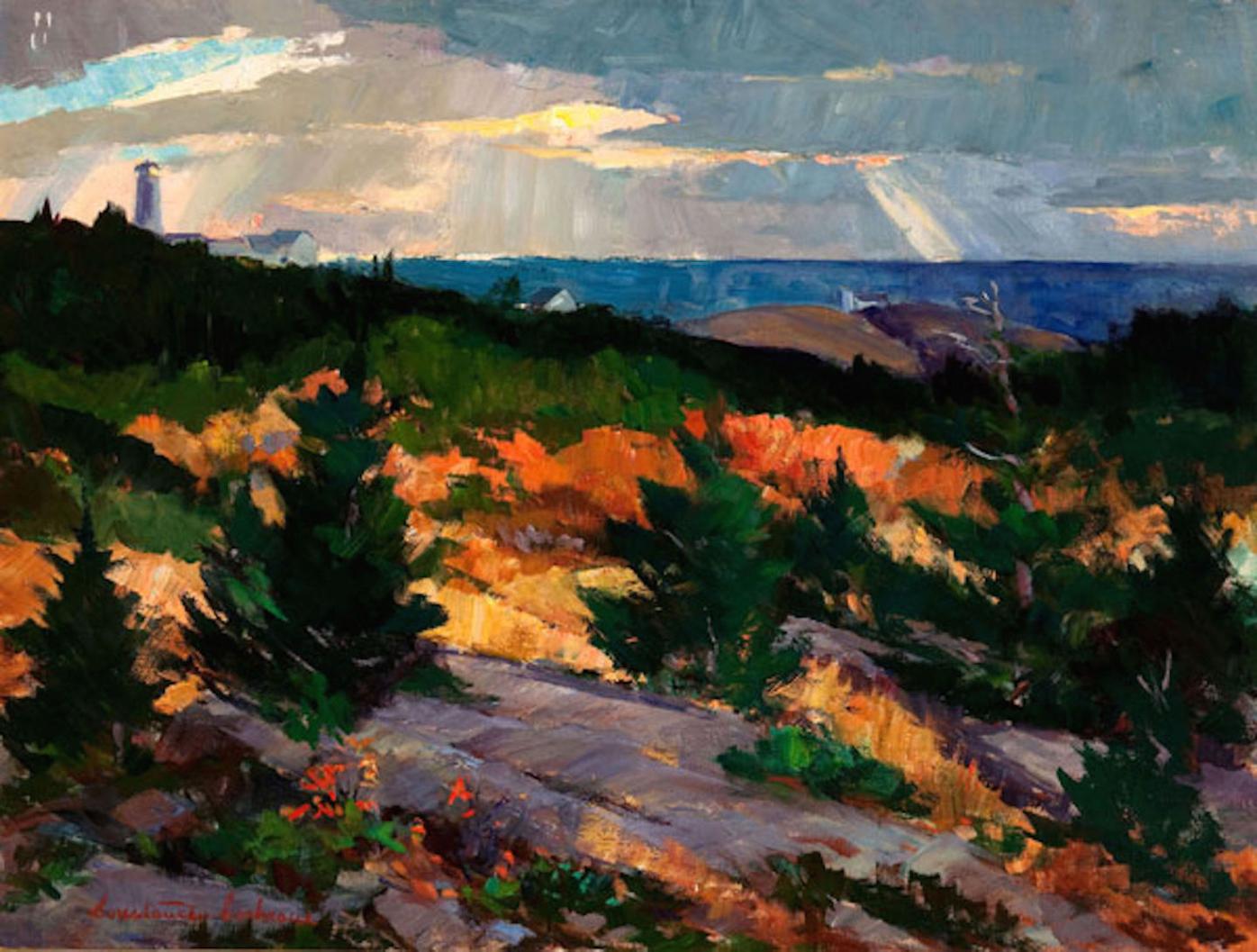 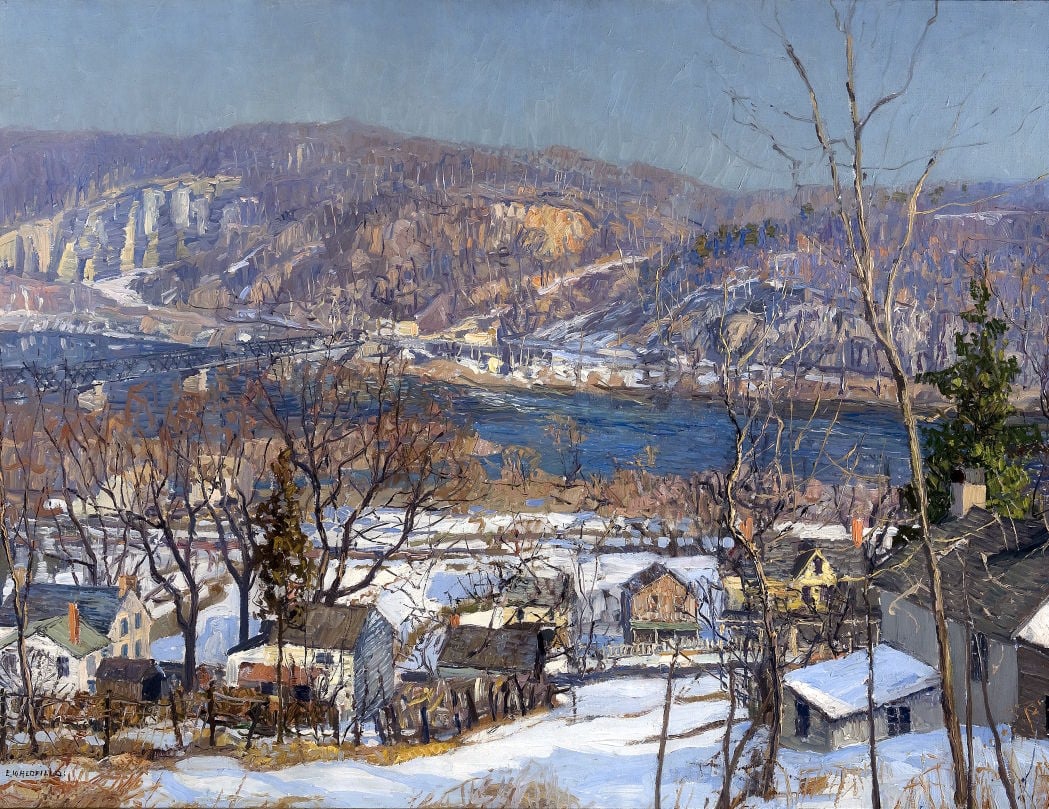 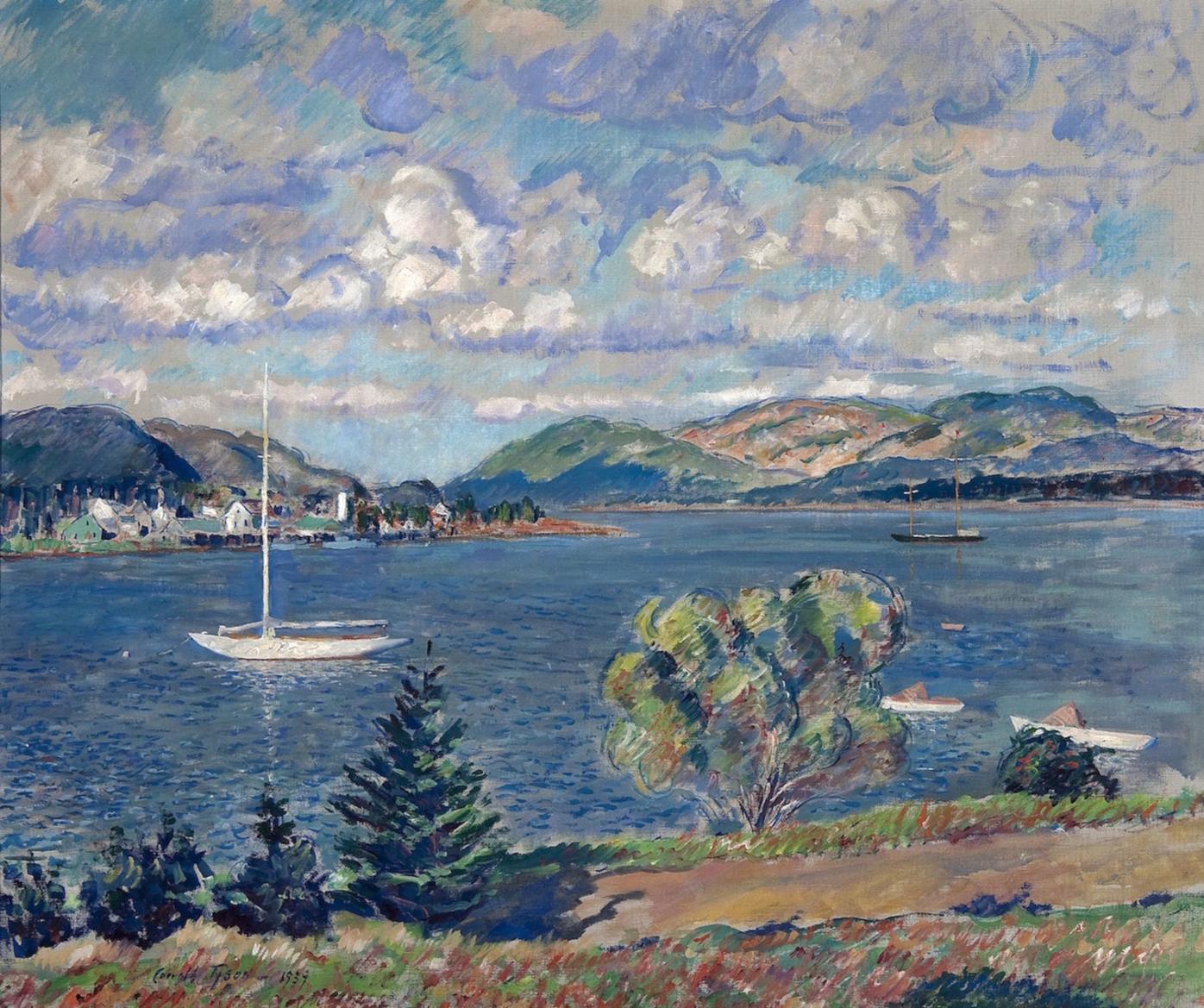 They may not have the star power of French impressionists such as Claude Monet, August Renoir and Camille Pissarro.

These are the Pennsylvania impressionists, and if you haven't heard of Carroll Sargent Tyson, Constance Cochrane and Edward Willis Redfield, you're in for an eye-opening experience at the Susquehanna Art Museum (SAM) in Harrisburg.

The exhibit of several dozens works of art are on loan from the Woodmere Art Museum in Chestnut Hill, just outside of Philadelphia. It's the same general area where many of the Pennsylvania artists grew up or settled as immigrants.

"At the turn of the 20th century, Philadelphia-area artists were developing a stylistic approach to painting that retained a uniquely American viewpoint," says Lauren Nye, who curated the exhibition for SAM.

As Nye points out, the artists of the Delaware River Valley were inspired by the landscapes with the rivers, woods, meadows and farmlands. They rejected the traditional painting styles that came before them. Instead, they depicted their environment using brilliant color palettes and swift brush strokes.

"They did not intend to redefine the popular European Impressionist movement, but rather made a conscious decision to build upon Impressionism from an American perspective. Their inspiration was found in the rugged Pennsylvania landscape," says Nye, adding that they often worked directly from nature en plein air.

New Hope artist Edward Willis Redfield, who lived from 1869 to 1965, was known for his vigor and individualism. He insisted on working outdoors even in the most brutal weather. Tying his canvas to a tree, Redfield would paint rapidly, in thick, broad brush strokes, without any attempt to do preliminary sketches. In "Late Afternoon" from 1925, Redfield looks down on a snowy river valley with an eye to the majesty of a Pennsylvania landscape.

In Carroll Sargent Tyson Jr.'s "Mouth of the Somes Sound," the artist takes us to the coast of Maine near Acadia National Park. A cousin of artist John Singer Sargent, Tyson was born in Philadelphia in 1877 and died there in 1956. He studied at the Philadelphia's Pennsylvania Academy of Fine Arts, then to Munich to study at the Royal Academy. His family had spent summers at Mt. Desert Island in Maine, which inspired many of his paintings. In 1944, the National Academy of Design awarded him the Carnegie Prize for the most meritorious painting by an American for his painting of Somes Sound, with its cloud-tossed sky, shimmery waters and tree-lined coast in a refreshing palette of blues and greens.

The Pennsylvania impressionists were not just men, as Constance Cochrane so ably proved. The Florida-born artist spent much of her life (1888-1952) in Philadelphia and at Monhegan Island in Maine. She came from a Navy family and the sea enchanted her. She studied at the Philadelphia School of Design for Women, and became part of the Philadelphia Ten, with other female artists such a Lucille Howard and Isabel Bransen Cartwright. Her "Drama of the Fall" painting shows the instantly recognizable Maine coast with its rocky shoreline, deep blue ocean and fiery fall colors, using powerful, bold brushstrokes that evoke the setting.

"This collection of works represent a fascinating and vibrant part of art history that took place right here in Pennsylvania," says Nye. "These paintings represent a survey of stylistic approaches to painting being explored by artists who worked directly in nature."

As Bill Valerio, Director of the Woodmere Art Museum, noted, Woodmere's galleries offer unique opportunities to understand Pennsylvania Impressionism as it relates to 19th-century American landscape painting and to the work of important Philadelphia painters who were connected to the Hudson River movement.

"We are honored that the Susquehanna Art Museum will be shining a new light on these great cultural treasures of Pennsylvania," says Valerio.

Admission: $8 adults; $5 seniors, military and educators; free for children under 12