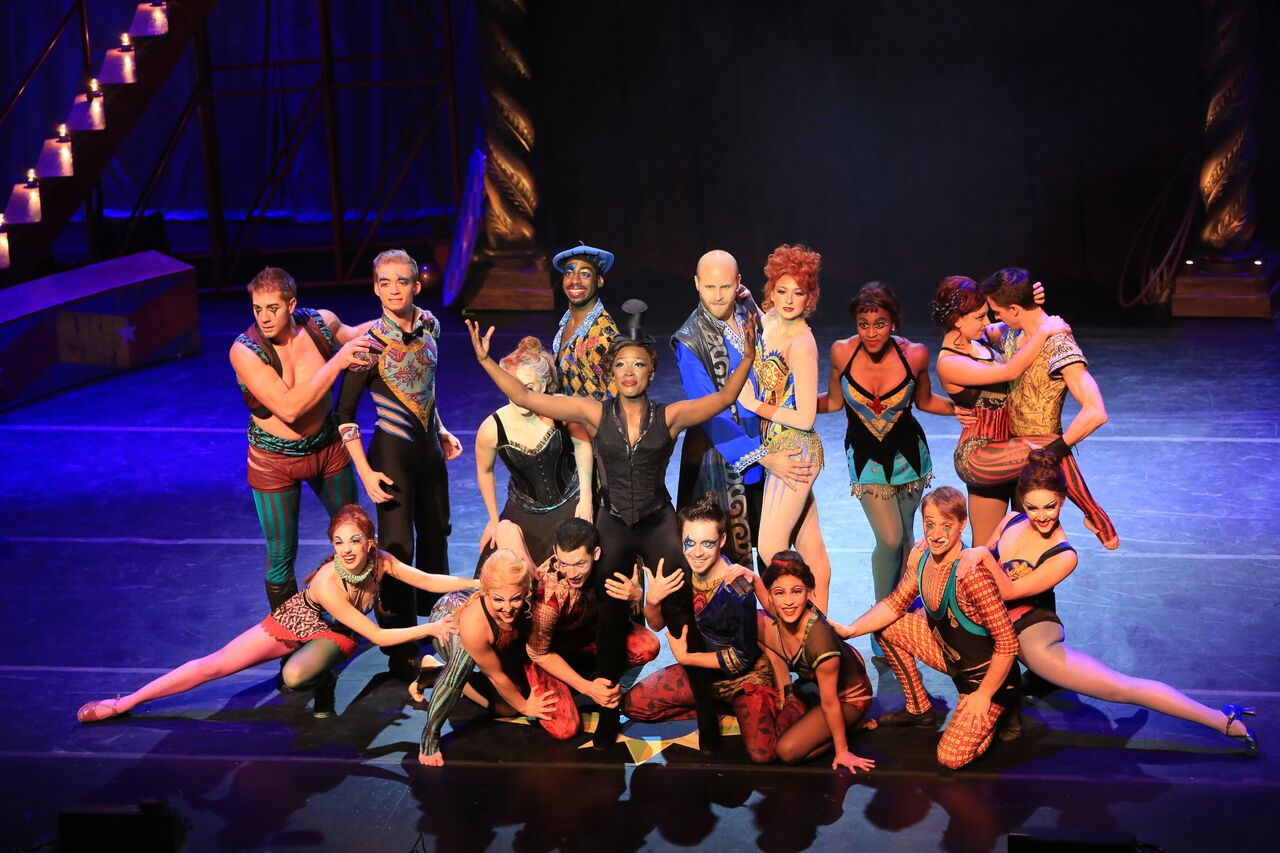 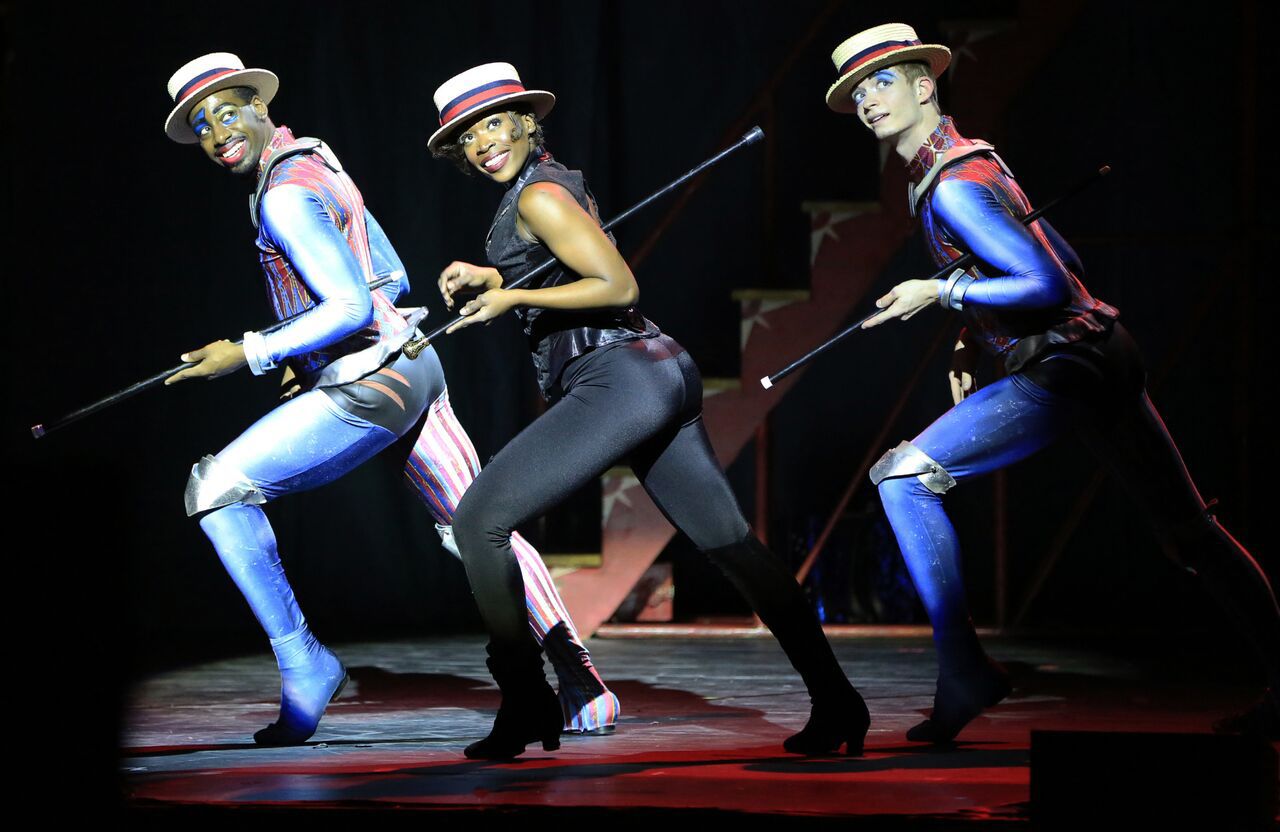 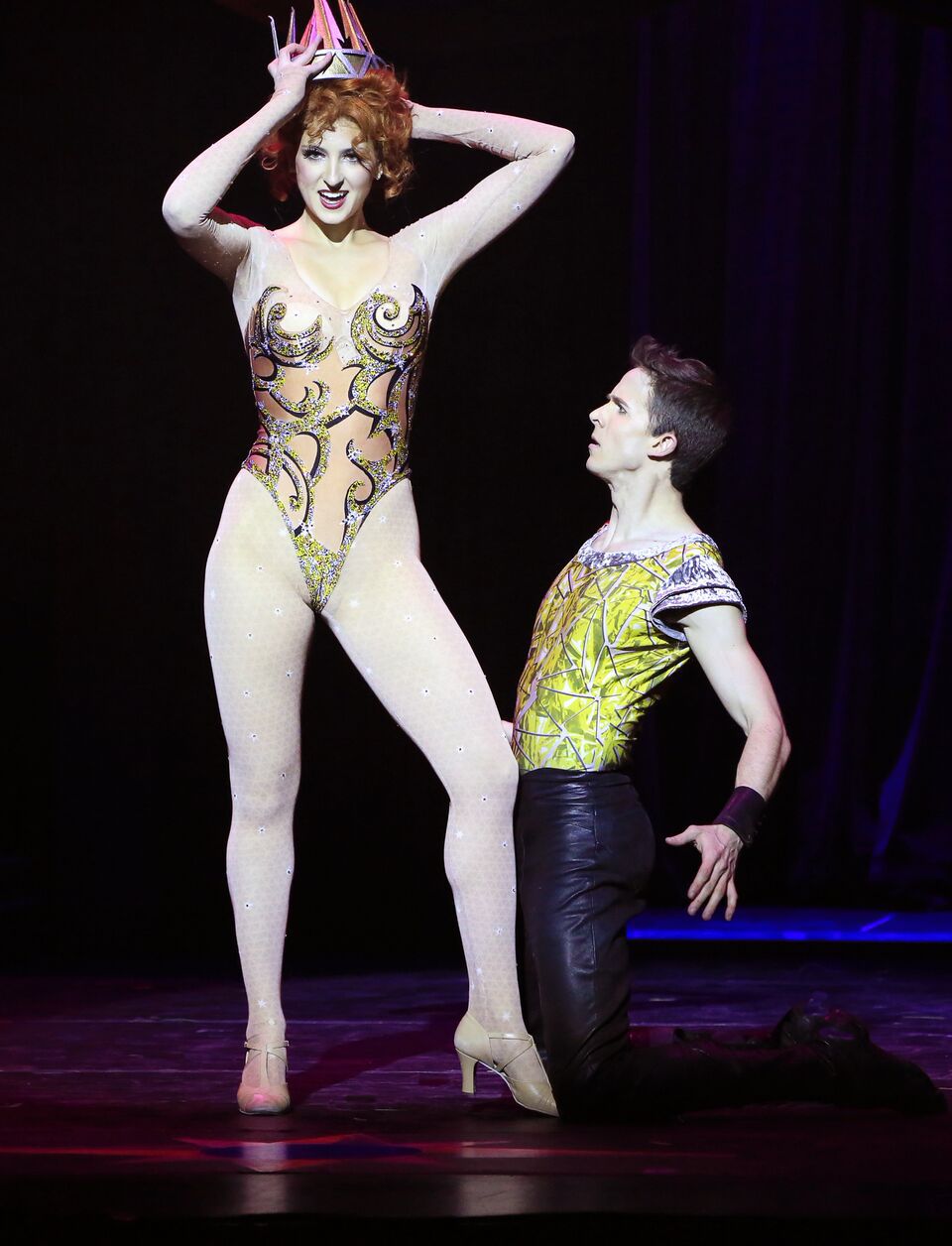 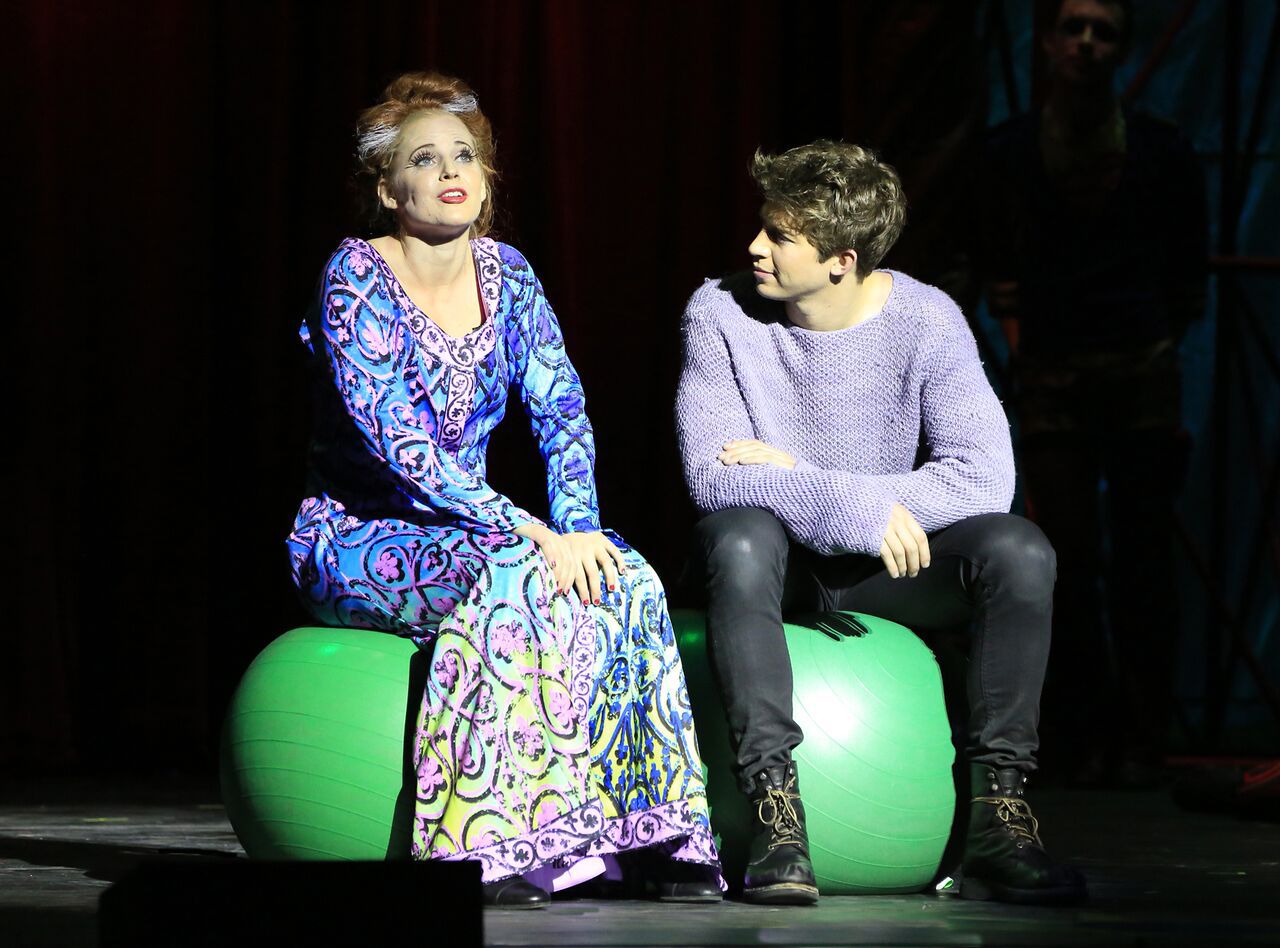 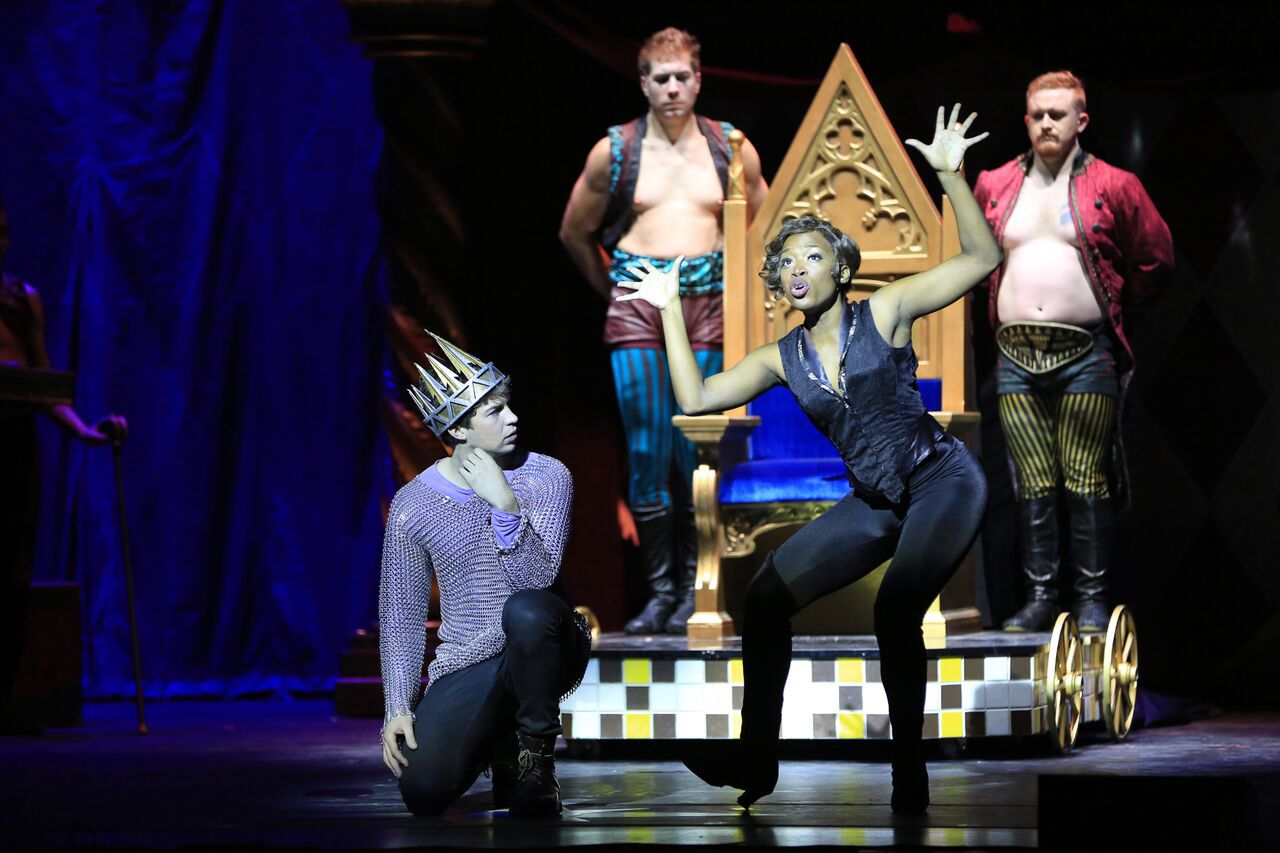 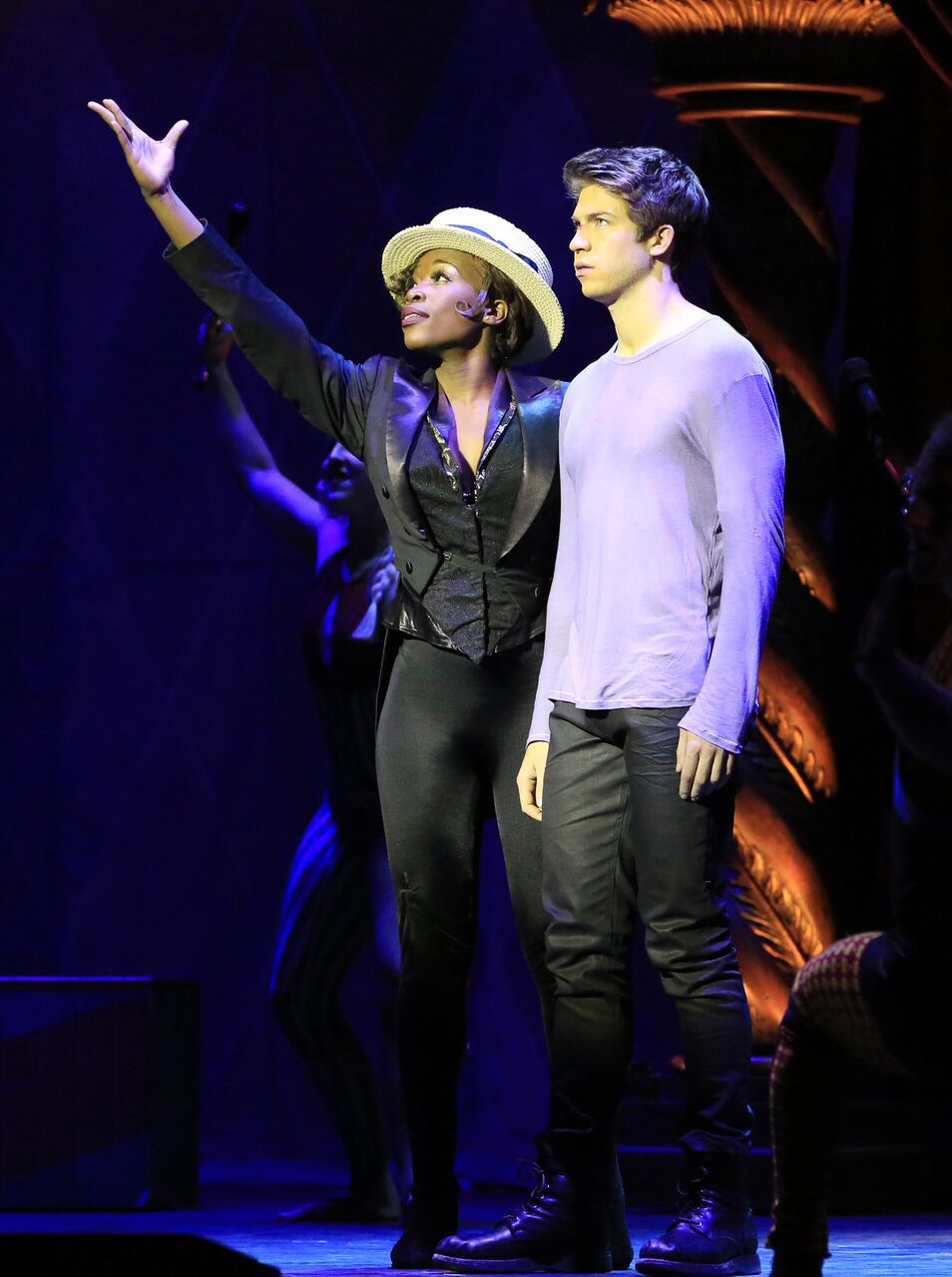 How far would you go to be extraordinary?

That is the question facing Pippin in the show named after him.

“At its core, ‘Pippin’ is the story of a young man coming of age, searching for meaning in his life,” says Mia Walker, who is directing the show, opening Thursday at the Dutch Apple Dinner Theatre.

“He looks at his trials and tribulations, his creative life, his sexuality, his ambitions. He visits his grandmother in the country to see the simple side of life and he experiences domesticity. And at the end, he has to choose. And they ask him, how far will he go to become extraordinary.”

The same question could be asked of this Dutch Apple production.

The theater pulled out all the stops for the show, which was on tour throughout the country from January through June.

The Broadway revival, which earned four Tony Awards in 2013, was set in a circus and featured amazing acrobatics, lavish costumes and dazzling Bob Fosse-like choreography.

And that Broadway atmosphere is at the Dutch Apple.

The creative team includes choreographer Chet Walker (no relation to Mia), who was nominated for a Tony for the Broadway production, and Gypsy Snider, who created the acrobatics of the circus.

She is part of Les 7 Doigts de la Main and the creative force behind the acrobatic show Traces.

And Mia Walker, who also directed the Dutch Apple tour, was the assistant director of the original Broadway revival and has worked extensively with director Diane Paulus.

“I was a student at Harvard and Diane was the artistic director of the American Repertory Theatre on campus. I was totally taken by her and her strength and she became my mentor,” Walker says. “I was able to see someone I connected with and felt validated that directing is what I should be doing.”

She has worked with Paulus on Broadway productions of “Porgy and Bess,” “Finding Neverland” and “Waitress. “

Paulus originated this revival of “Pippin” at the American Repertory Theater and Walker was involved with that.

“At the time it was being conceived, Diane had just finished directing a Cirque du Soleil show. Both she and the producers were seeing ‘Pippin’ in a circus atmosphere,” Walker says. “She was interested in the idea that a circus performer is ultimately risking his life for art. It is so fitting for ‘Pippin.’ ”

This production features an acrobatic troupe of performers, led by the Leading Player (Housso Semon), who tells the story of the life of Pippin (Naysh Fox), who is the son of Charlamagne, the king of France in the Middle Ages.

While the show is not trying at all to be historically accurate, it does deal with an actual event, when Pippin rose up against his father and went to war.

Mia Walker says the show may be more than 40 years old, but it still feels relevant.

“Dealing with politics and what it means to be a leader and the carnage of war feels even more relevant in 2017,” she says.

Stephen Schwartz wrote the music and lyrics and Roger O. Hirson wrote the book. It made its debut on Broadway in 1972, directed by Bob Fosse.

Choreographer Chet Walker was in that original production.

“Chet was so generous with me during the tour,” Mia Walker says. “There is a lot of original choreography integrated into the circus elements.”

This production is full of challenges. Each venue in the tour — there were 73 in all — required different coordinates. The Dutch Apple stage isn’t as high as some others, but Mia Walker appreciates the intimacy of the theater.

“The biggest challenge is the music,” she explains. “There are moments in the circus when the music has to be in timing with the acrobats but the acrobat has to do the move when he is ready, so the music might have to wait.”

Walker says the experience has been hard work, but exhilarating.

“ ‘Pippin’ is a love letter to artists, the recognition of the artist’s life — the choices and the sacrifices they make. That is a big theme in the show.”

Walker has enjoyed working with the Dutch Apple and the cast.

“They are an amazing group of positive, high energy people who really understand the show,” she says.

In other words, they are extraordinary.