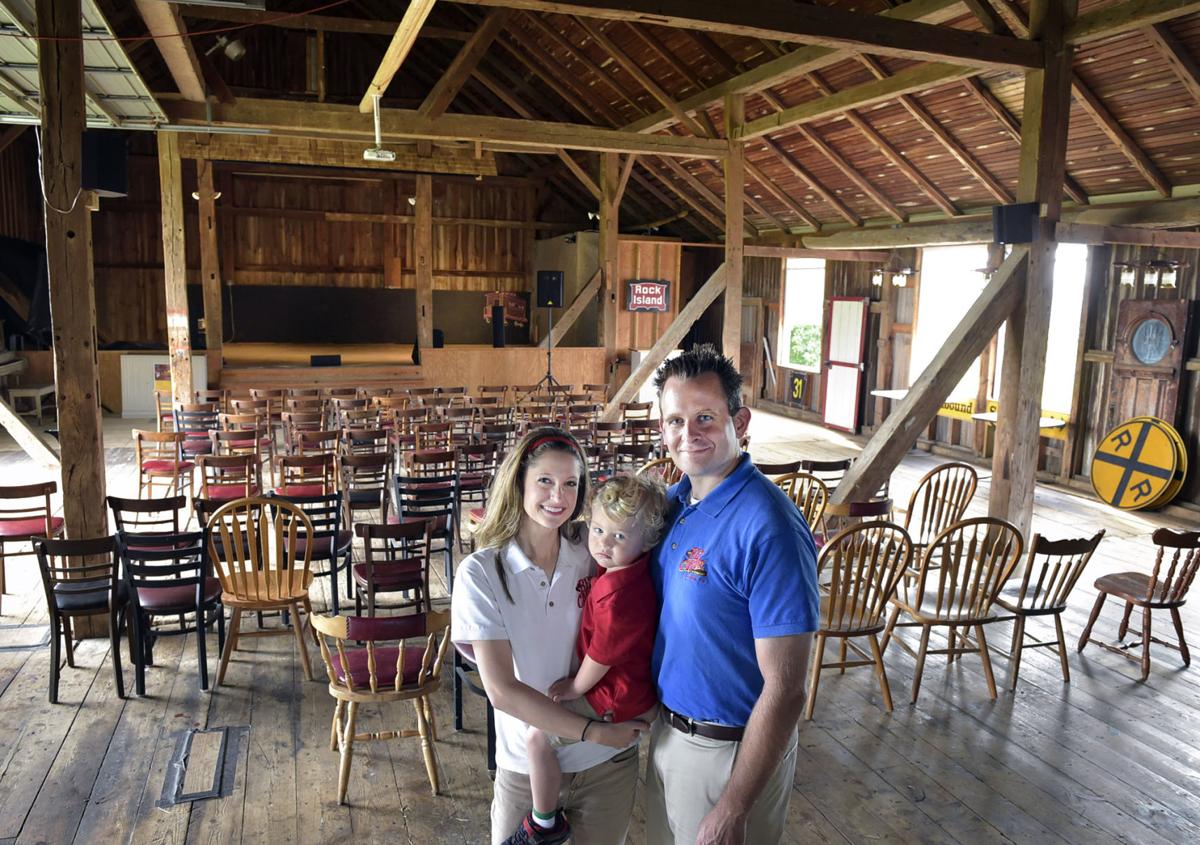 Interior of the barn/theater at the Red Caboose Motel. In photo is Kat Pricket, Tyler Pricket and their son, Elijah, 2. 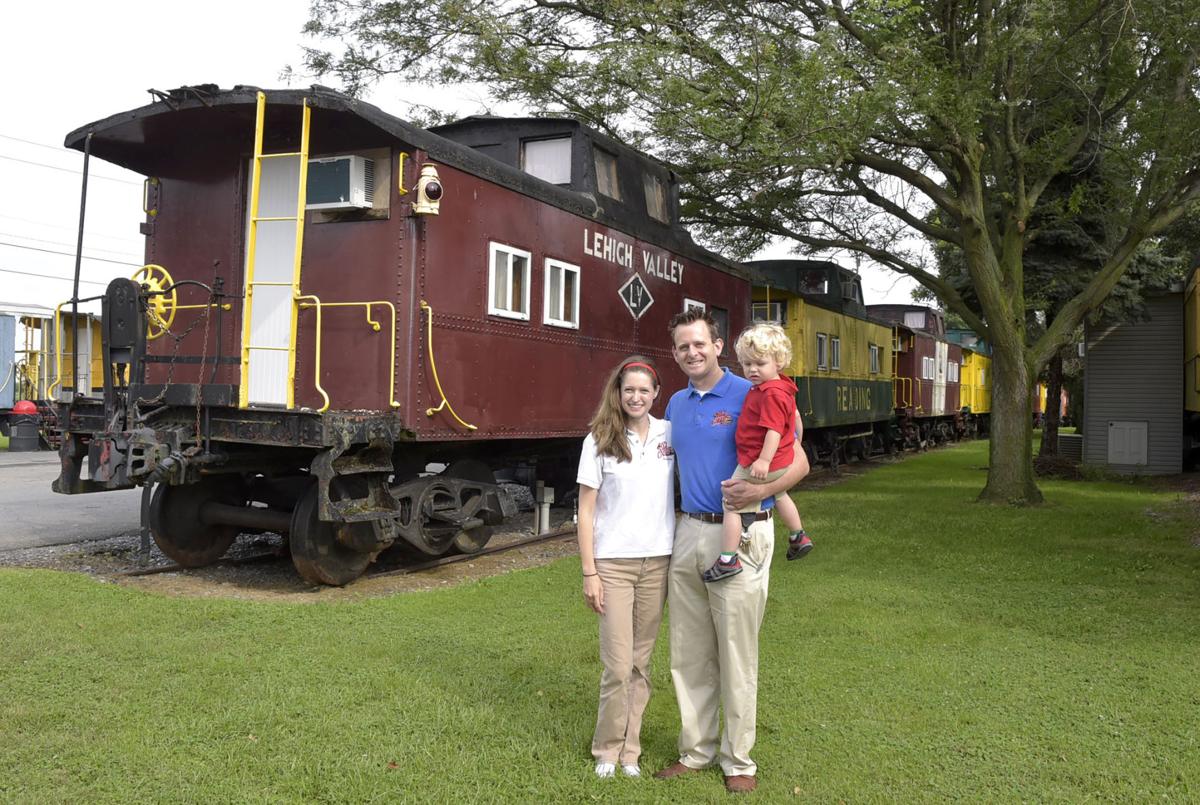 Standing near the caboose motel is Kat Pricket, Tyler Pricket and their son, Elijah, 2. 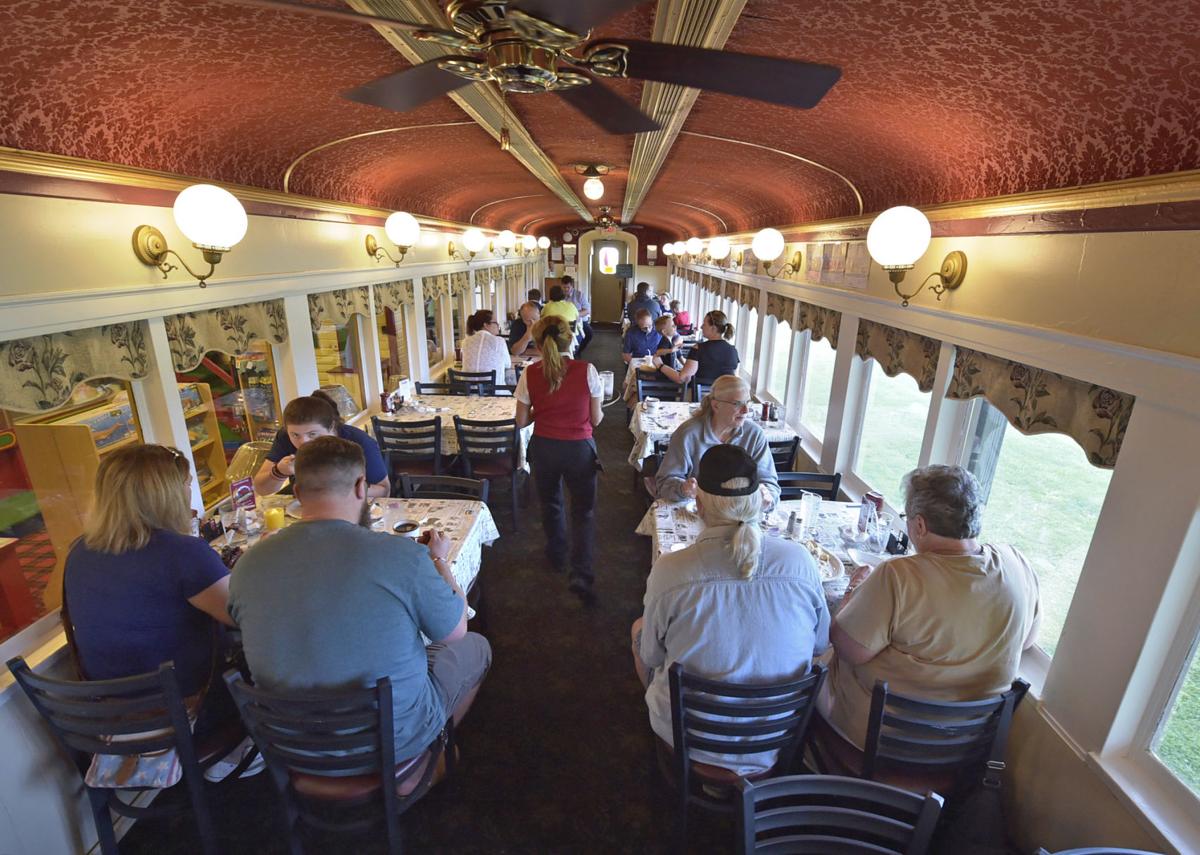 Interior of the dining car at the Red Caboose Motel.

Interior of the barn/theater at the Red Caboose Motel. In photo is Kat Pricket, Tyler Pricket and their son, Elijah, 2.

Standing near the caboose motel is Kat Pricket, Tyler Pricket and their son, Elijah, 2.

Tyler and Katherine (“Kat”) Prickett knew they wanted to run a business. And they both loved the idea of bringing the Red Caboose Motel and Restaurant in Paradise back to its old glory.

They both wanted to create a place where families could have fun and take away good memories.

But they each had their own reasons, too.

The Red Caboose held some special memories from when Tyler was a kid. It’s been around for 48 years, after all.

When Kat realized she could put shows on in the barn, a la Judy Garland and Mickey Rooney, as well as a number of other places on the property, she was sold.

The couple bought the operations in February 2016 and set out to refurbish what had become a “tired” space.

“It’s a lot of work and a lot of money,” Tyler says. “It’s a marathon, not a sprint, but we’re getting there.”

The property features 9.3 acres, a restaurant in a train car called the Casey Jones, and 38 motel rooms, which are actual cabooses, featuring 10 different floor plans.

“You can put up to six people in a room, so it’s great for families,” Kat says. “We are planning to renovate four cabooses every year — spruce them up with fresh paint and new bedspreads.”

The restaurant and the gift shop have been spruced up as well.

“They needed some TLC,” Tyler says. “But we also wanted to keep the personality of the place.”

“I love history and vintage things, and we wanted to continue that,” Kat says.

There is a history of performances at Red Caboose, though the couple is only finding small hints, like old posters and props.

Kat, who works a lot with Servant Stage Co. in Strasburg, admits to having long dreamed of having a place like the barn, complete with a stage.

“Ever since I can remember, I was putting on shows,” she says. “When I saw the stage, that was it.”

Over the summer a number of entertainment events took place in the barn, on the deck of the restaurant and on the lawn.

And since it is a train-oriented place, “All Aboard: A Salute to the Great American Railroad,” featuring performers singing songs like “Chattanooga Choo Choo,” “Wabash Cannonball” and “The Rock Island Line,” was a natural.

Perhaps the most fulfilling event for the Pricketts was a benefit for their friend, Paul Marini, who has Lyme disease. Performers from Sight & Sound Millennium Theatre and Servant Stage — both places where Marini has worked — were among the performers.

She notes that people are calling her about doing cabarets, and she’s open to that.

“We are eager to use this space more,” Kat says of the barn. “We’re open to what works. We are up against how cold or how hot it gets, since there is no air conditioning or heat. But I love how rustic it is.”

The couple also shows movies in the barn free of charge and open to the community. They are family friendly and will run until it gets too cold.

But Kat says she is eager to plan some holiday entertainment.

The motel will close in January and February and reopen in March, something that has been a tradition at Red Caboose for many years.

“You will not win against mother nature,” Tyler says.

The Red Caboose was opened by Don Denlinger in the 1960s. Denlinger, who died in 2008, was a pioneer in Lancaster tourism and also helped create the Steamboat Inn.

“It was heartbreaking to see it in the state it was in,” Tyler says. “My parents brought us here as kids seven or eight times.”

“I like trains as much as the next guy,” he says with a smile.

The Pricketts had both been involved in television, Tyler in advertising sales and Kat as a producer and host. She quit to raise their son, Eli, who is now 2.

“We didn’t see longevity in those careers,” Tyler says. “We were getting burned out.”

Of course, they haven’t exactly slowed down.

“The responsibility has been great,” Tyler says. “But this is a labor of love.”