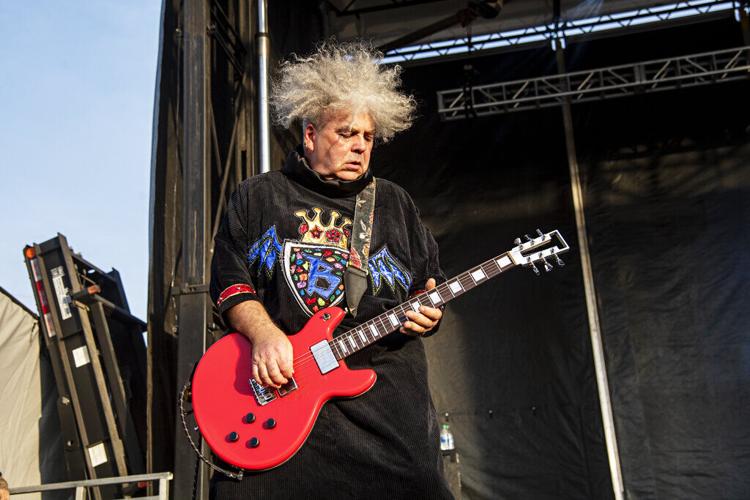 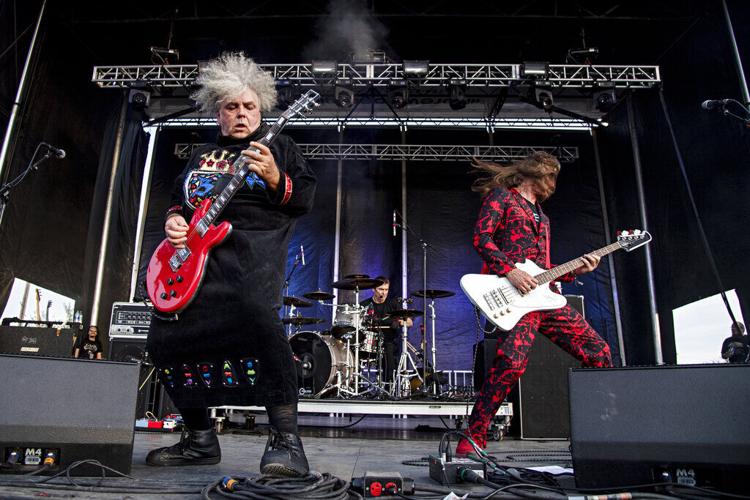 If you're a fan of Tool, Nirvana, Soundgarden or Slipknot, you have sludge metal band Melvins at least partially to thank.

All four bands count Melvins as part of their musical influences — and surely, they aren't the only ones.

Melvins, formed in Washington state by Buzz Osborne, Matt Lukin and Mike Dillard in 1983, took inspiration from punk band Black Flag and slowed it down, creating their own sludgy music sound unlike anything else in the music industry by that point. Washington (Seattle, specifically) is largely known as the birthplace for the '90s grunge movement, which produced bands like Nirvana, Soundgarden, Alice in Chains and Pearl Jam.

Melvins, along with a few lesser-known, but influential bands like Mudhoney and Green River, were the unsung heroes of grunge. Osborne, 58, even introduced Dave Grohl, current lead singer of Foo Fighters, to Kurt Cobain and Krist Novoselic, which would eventually lead to Nirvana's final lineup starting in 1990.

Despite 40 years of touring across the world, Melvins have only performed once in Lancaster County. They'll make their second appearance Tuesday at Tellus360.

We caught up with Osborne before the show and talked about touring, his latest album "Five Legged Dog," and why he prefers smaller, more intimate venues. This conversation has been edited for length and clarity.

What's it like having toured for so long and still getting to experience new music scenes and parts of the country?

Buzz: When you're rolling into town, and going to a club, and setting up your gear, doing a sound check, maybe having some dinner and then playing a show, loading out and driving away, you don't really get to witness too much of a scene, or a town itself. Not too much. So, I have no idea what the scene will be like there. I'm sure when I play there, I'll still have no idea what the scene is like there, at all. One day blurs into another, and I usually only really remember the shows that I didn't like very much. The shows that work really well, you just play through it. So, if I don't remember it, it was probably really good.

I divide it into thirds. A third of the shows are really, really good, a third of the shows are pretty good, and a third of the shows just aren't good. I'm talking solely from my perspective and not the audience perspective. Because I've had shows where I'm struggling through the whole thing, and still played my best. After the show, I've talked to people who have seen me 10 times and said, "That's the best I've ever saw you." You yourself are not a good judge of what you're doing. You're a little too close to it to have a solid judgment. That's the problem.

On this tour, what can people expect to see?

Your last album was acoustic. Can we expect anything acoustic for this performance?

No, not this time. We've been down for the pandemic. We've done two tours, we figured that since we've been down for two years, it was time to go play electric stuff. I'm hoping we can do an acoustic tour at some point down the line. That'd be great. I think we'd have a lot of fun doing it.

"Five-Legged Dog," four albums, 36 songs, two and a half hours of music. It was a huge undertaking. Massive. And, I thought it came out great. I would go home and figure out a couple of songs to play, a few that would maybe work acoustic, and go in the next day, show the guys (current band members are Osborne, Dale Crover and Steven Shane McDonald). A lot of the time they knew them already, but then you kind of have to adapt it a little bit. So it was kind of like playing cover songs of our own band. By the end of the day, we would have two or three done. That's kind of how it worked. We worked extremely hard on the vocals.

What keeps you inspired after this time? Of course, it's no secret you guys have a huge, prolific music catalog. But some artists, they'll put out four albums and decide they're done.

I don't know. It's kind of what we do. I still have more left in me. I've read things like Henry Rollins (frontman of punk band Black Flag from 1981-1986) decided that music just didn't have anything more to say. I was like, OK, you're still saying stuff at your spoken word shows. I also wonder if it was something other than that, that got him not wanting to do it anymore. But then, he was kind of dissing on people who were still making music, so I don't know what the hell he's thinking.

I've noticed a lot of the venues on your tour are a little more intimate. How does that impact how you guys perform?

Well, we don't perform arena shows unless we're opening for somebody else. We always do smaller clubs, and we always play at out-of-the-way places, in B and C markets, always, our whole careers. We can adapt our show to anywhere, any size venue, and whatever needs to happen, we can do it. I prefer the smaller venues, myself. If I was in a band that was big enough to play in arenas, I don't think I would do it. I'd play more shows in smaller places. If you're playing in a place that's designed for hockey, I would much rather see hockey. Do your shows in theaters, or some place that was designed for music more. I just don't like the way the arenas sound. It's not really fun for me. If you're 16 years old and you're on acid, and you want to be away from your parents for quite a few hours, that's one thing. In my late teens, early 20s when I discovered stuff like punk rock, I enjoyed that intimacy a lot more. And if I was some huge band, I would only play venues that I'd want to go to as a fan. That's it. I don't want to go to the best basketball arena to see a show, I don't care.

Everybody's like, "go see Roger Waters do 'The Wall,'" and it's just like, eh. I like "The Wall," but I don't particularly care about the stage show. It's just a distraction for me. And I think a lot of bands want that because they're pretty damn boring live. They need it, the smoke and mirrors. I think bands relying on that stuff should learn how to be a band again.

There's a documentary, "Barn Burner," about the rise of metal in Lancaster County and how bands like August Burns Red got their start playing in small venues, like fire halls. And getting into the Chameleon Club was a huge deal. There's just a charm to the community you build with a smaller audience.

I just do what I do, and that's where it ends up. I'm not trying to do that, I'm not trying to appeal to some certain audience, by any means. That's just how it works. I'm not beavering away trying not to sell records. I don't think we belong to any music type of anything. We have no brother bands, and I can't think of another band that's like us, ever. So, it's kind of interesting in that regard. I just make music that I think is good, that I would enjoy as a fan, figuring that there will be other people that like it as well.

What would you say is the biggest lesson you've learned in the 40 years you've been recording and touring.

I don't take things for granted. Be happy with what you get, not what you think you should get. I made my living playing music since 1988, so I have to look at that as a win, without anyone underwriting what I'm doing or inheriting any money. I haven't worked since then, so, so be it. I'm not going to pretend like that's a bummer. I'm doing just fine. Although, my biggest accomplishment in that amount of time is my 30-year marriage, which is the only marriage I've ever been in. Me and my wife have only been married once, which is great. It's about 27 and a half years longer than most rock 'n' roll marriages. There's that. 'Tis rare as a Dodo bird in my world. It's helped me more than anything in my life. I like strong women.

Editor's note: This article previous misstated that Melvins haven't performed in Lancaster County before. They performed at the now-closed Chameleon Club in 2006.

7 events in Lancaster County to check out this weekend, from goat races to the Ephrata Fair

This weekend has a little bit of everything to offer.

The official trailer for the film "Knock at the Cabin," featuring Lancaster County native Jonathan Groff as a man whose family is threatened b…

With Shady Maple having what's called the largest buffet in the United States, it should come as no surprise that its farm market celebrates t…

USA Today readers weighed in and voted Ronks-based Cherry Crest Adventure Farm to have the third-best corn maze in the United States.

'Book of Mormon' debuts at Hershey Theatre; here are 5 things to know before you go

For the next few months, you can see Broadway shows without having to leave the state.

5 events in Lancaster County to check out this weekend, from Oysterfest to family-friendly fairs, block party

You don't have to spend a lot of money to have fun in Lancaster County.