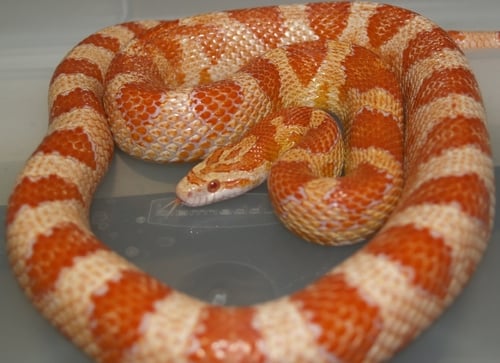 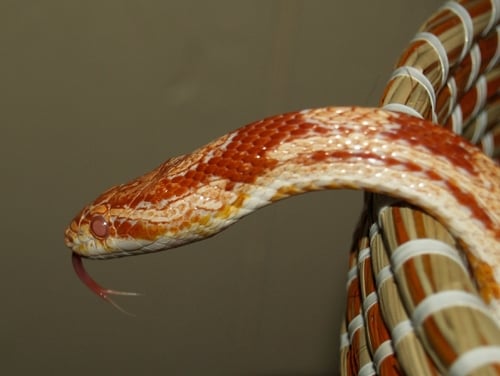 If they did, they might be carrying signs in front of movie theaters across the country, protesting their negative portrayal in the New Line Cinema film, Snakes On a Plane.

The action/horror movie, destined to be an over-the-top classic, was released nationwide Friday with the tag line Sit back. Relax. Enjoy the fright.

And while some moviegoers will see the film looking for some cheap thrills, local reptile experts planning to see Snakes On a Plane said its more likely theyll laugh.

Its a fun idea for a movie, said Jesse Rothacker, founder of Forgotten Friend Reptile Sanctuary in Lititz. But the way the snakes behave in the film might contribute to anxieties people already have about snakes  the idea theyre out to get you.

But no, were not going to protest the movie like its 'The DaVinci Code or anything, he said. Its just an action film meant for fun.

Nonetheless, Rothacker still would like to dispel some myths the film perpetuates about snakes.

If you walk away from a snake, its not going to chase you, he said. In fact, theyre more likely to move away from you.

And venomous snakes arent looking to bite humans, Rothacker said. They have a limited amount of venom they use for prey and usually dont waste it. That would be like a hunter wasting his bullets.

Snakes On a Plane contains scenes of the slithery reptiles stalking airplane passengers, sometimes concealing themselves in hiding places (like an overhead compartment) so they can jump out and terrorize victims in waiting.

If that many snakes were gathered on a plane and got loose, theyd mostly likely find a dark place to hide from people, Rothacker said. Noise and movement wouldnt attract them.

The witness, under Flynns guard, must fly from Honolulu to Los Angeles to testify in the highly publicized case. Kim, hoping to prevent the witness from spilling the beans, arranges for a time-release crate full of snakes to be placed in the cargo hold of the plane. Chaos ensures shortly thereafter, resulting in numerous deaths.

Jack Hubley, reptile expert and host of the syndicated program Wild Moments, said he hasnt been keeping up with the movie hype.

I just know its about snakes on a plane, he said. But that sounds like a dream to me, something pleasant. But hey, Im the nature boy.

He said the movie could fuel the anxieties of individuals who already fear snakes, but people should take comfort in the facts.

A large percentage of snakes are nonvenomous and nonaggressive, he said. If you were 6 feet away from a timber rattlesnake, youd be safe  though I wouldnt recommend poking it. Most snakes are content letting you walk on by.

According to Rothacker, even the films premise of smuggling snakes onto a plane in a ordinary crate is shaky at best.

Snakes are cold-blooded, and if the container isnt insulated, they might not survive the cold in the cargo area, he said. When we send reptiles anywhere, we usually use Delta Live Shipment. They use heat-insulated boxes.

And if the snakes did manage to survive and the crate was suddenly opened, Rothacker said the results wouldnt be very exciting.

Half of them would stay inside the box, he said. The other half would look for a dark spot to hide, somewhere warm.

Furthermore, many of the snakes used in the movie are, in reality, nonvenomous.

About half of the 400 snakes in the movie are corn snakes, Rothacker said. Theyre a nonvenomous species native to the southeastern part of the country.

Although the movie would have you believe corn snakes are killers, they are actually one of North Americas gentlest serpent species, he said. I consider corn snakes to be a public relations snake because they are so darn friendly.

Corn snakes top my list of starter snakes, he said. Theyre great if youve never owned a snake before because theyre docile when you handle them.

Rothacker said he can prove how benign these snakes are at two upcoming events.

On Aug. 26, he and Hubley will attend the wildlife festival Nature in the Park at Lancaster County Central Park.

On Sept. 9, Forgotten Friend will Reptiles 101 presentations for children at the Lancaster County Reptile Show at Lititz Community Center.

People ask me questions about snake movies like Anaconda. They want to know if the events in the movie are accurate, Rothacker said. But theres lots of myths about snakes people believe.

He said said many locals believe in the legend of the "hoop snake," thats said to bite its own tail and roll after people like a killer hula-hoop.

Nope, theres no such thing, he said. And yet, people have even posted questions about the hoop snake on one of Pennsylvanias fishing and boating Web sites.

Despite the inaccuracies, Rothacker said he plans to see the film.

Itll be fun to catch all the Hollywood mistakes, he said. Its probably a wild movie.

Hubley said he hasnt made any plans to see Snakes On a Plane.

Oh, I doubt Ill see it, he said, unless my wife buys it for me later on DVD.