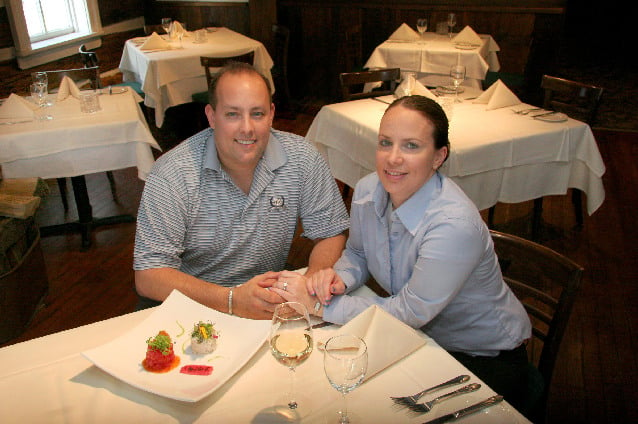 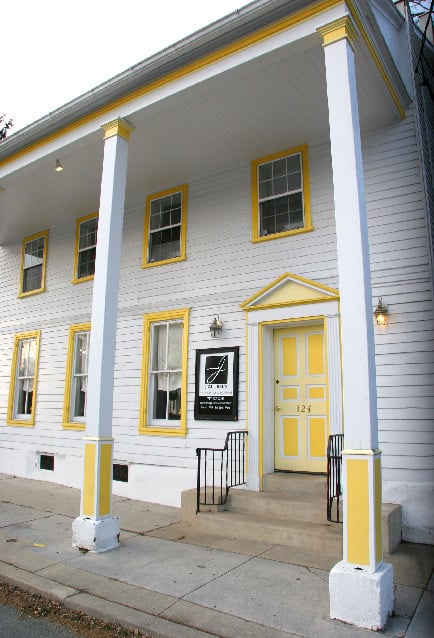 The exterior of Josephine's Restaurant in Marietta. (Justin David Graybill)

The exterior of Josephine's Restaurant in Marietta. (Justin David Graybill)

It just doesn't seem possible that a man with Daniel LeBoon's cooking credentials should own a restaurant in a small town such as Marietta.

And yet, even after apprenticing in some of the world's finest kitchens such as Georges Perrier's Le Bec-Fin in Philadelphia, and Alain Ducasse's Hotel Vernet in Paris, that's where he is, at Josephine's Restaurant.

After learning about the eatery from his brother, LeBoon moved to Marietta and served as the establishment's head chef for three years. After thoroughly falling in love with Josephine's and its historic borough, LeBoon purchased the business from Jean-Luc and Janet Sandillon in October of 2004.

Beginning in the early '90s, the Sandillons established the restaurant as a destination point for fine French cuisine. After taking over the kitchen, LeBoon poured all of his worldly experiences into carrying on that tradition, while adding an Asian flair.

"I love sushi and kimchi," LeBoon says, as flames from one of the restaurant's three fireplaces flickered behind him. "So my menu reflects my palate."

One of LeBoon's most popular offerings is an appetizer named the Tuna Tartar. It is made with ahi tuna, spicy kimchi and a sweet chili sauce. On the French side of the starter menu, Josephine's offers escargot made with Champagne provencale demi, which is a blend of special vegetables, herbs and oils.

Beyond France and Asia, LeBoon is also familiar with Pennsylvania favorites such as crab cakes, which are made with jumbo lump crab and Dijon crÃ¨me sauce.

"People drive a long way for our crab cakes," LeBoon says with a smile as broad as the 18th century, exposed wood beams in the ceiling. "It sounds funny to say, but unlike some places, we pack a lot of crab into our crab cakes."

Almost as popular is another of LeBoon's signature dishes, Josephine's Short Ribs. For this entrÃ©e, LeBoon uses the most prime cut of short rib beef known as the plate. After slow cooking for six hours, the braised short ribs are adorned with a sweet chili demi-glace. The end result is a dish so tender that "the beef can be cut with the gentlest touch of the fork," LeBoon says.

And as hard as LeBoon works preparing every dish personally, he does not take a course off with dessert.

One of the chef's favorites is his hand-whipped caramel ice cream, made with 40 percent heavy cream and caramel cooked on-site.

"I blend six ingredients to produce something wonderful," LeBoon says. "It is so creamy; you just can't understand it until you taste it. And even then, you might not."

Because Josephine's is situated on Lancaster County's western border, it attracts a high percentage of business from neighboring York County. Dan Bishop, who lives in York County's Springettsbury Township, said he makes the 20-minute trip because LeBoon's food is "amazing."

"I don't say this often about a chef, but (LeBoon) is an absolute genius with food," says Bishop, who travels quite a bit. "I've eaten in the restaurants of several celebrity chefs including people such as Bobby Flay and I'll tell you the truth, they do not rise above the food at Josephine's."

Fellow Yorker Jim Deitch agrees, saying that eating in LeBoon's restaurant can be considered a cultural experience as much as simply fulfilling a need for sustenance.

After traveling across the United States and through about 20 different countries, Deitch insists that Josephine's is world-class on all levels. To drive the point home, he recounted one of his favorite dining moments.

"Dan is a certified sommelier," Deitch says. "But not only does he know his wines, I once saw him take a two-and-a-half-foot saber and cleanly shear off the top of a Champagne bottle. Now that's as memorable an experience as I've ever had, anywhere."

MORE DISH: Josephine's serves liquor and owner Daniel LeBoon is a certified sommelier, or wine expert. The restaurant is set in a log home built in 1792 and features exposed ceiling beams with log and stucco walls. Reservations are recommended for diners wishing to be seated near the building's original fireplace.