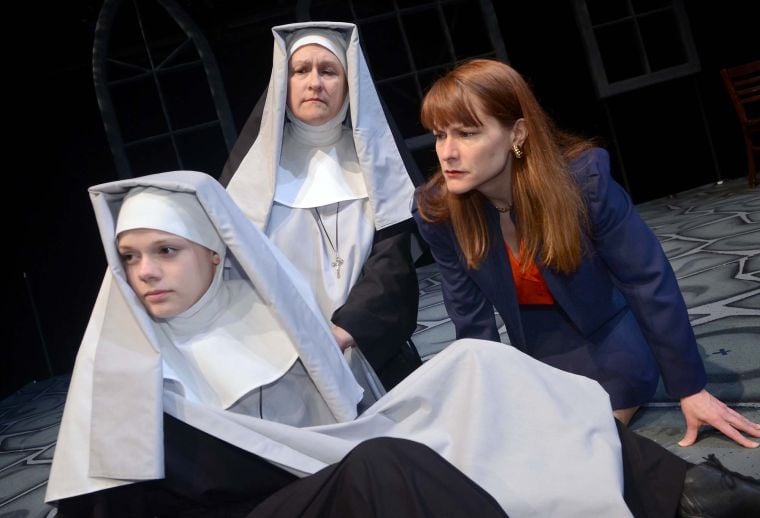 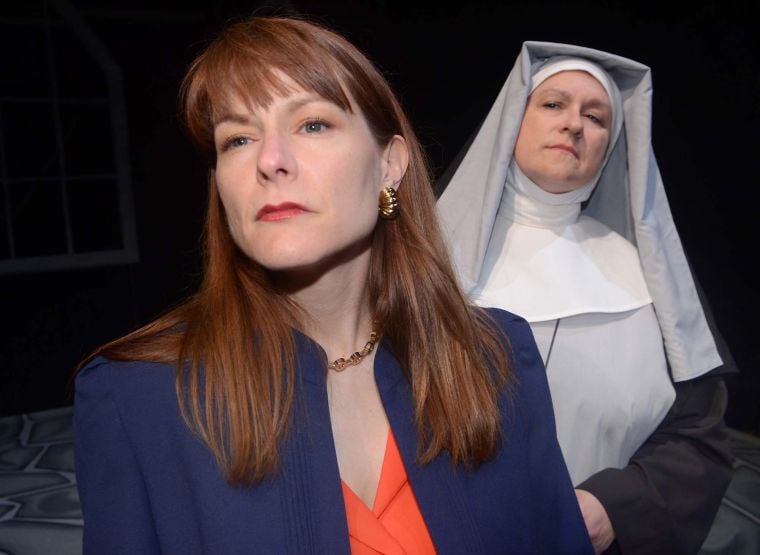 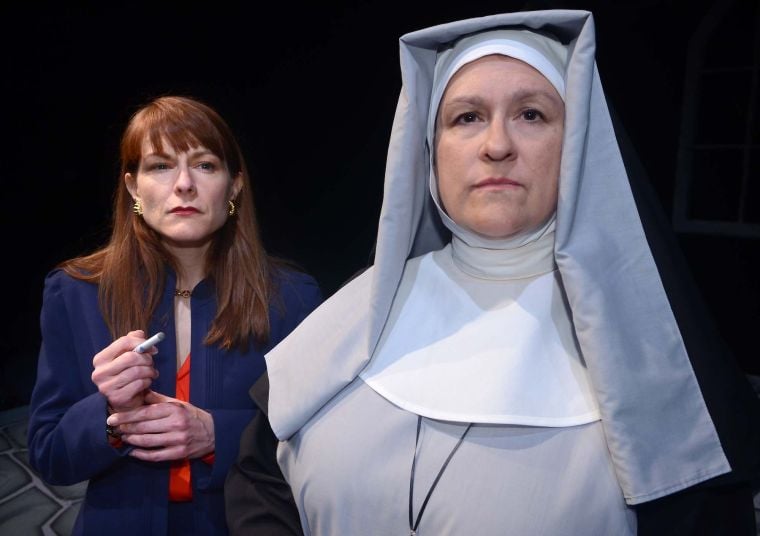 John Gancar has directed “Agnes of God” twice before in his long career, which started around 1975 at Genesius Theatre in Reading.

“The last time was 28 years ago, so I am approaching it now almost like a fresh piece,” says Gancar.

It is Gancar’s first time directing at the Ephrata Performing Arts Center, where “Agnes” is opening Thursday.

“The child is found dead, with cords wrapped around its neck,” Gancar explains. “A psychiatrist is assigned to see if she is fit to stand trial.”

Dr. Livingstone (Meegan Gagnon) comes to the convent to speak with Agnes, who claims it was a virgin birth. She also must deal with the overbearing Mother Superior (Robin Payne), who believes she is helping Agnes, who claims to remember nothing.

“The play is not really a murder mystery,” Gancar says. “It is about so much more — life, faith, death and medicine.”

The psychiatrist considers herself a recovering Catholic.

“She is seeking redemption for what she has done,” he says. “She has a very bad history with the Catholic Church.”

But “Agnes of God” is not a dour evening of theater.

“The Reverend Mother is a very funny person, and she uses her humor whenever she can,” Gancar says. “The tennis match between the doctor and the mother can be very, very funny.”

Ultimately, Gancar says “Agnes of God” is about two women who want to do the right thing.

“They both think they are doing the right thing, and it turns out to be the worst thing possible,” Gancar says. “They are thinking about their own needs and desires instead of the person they are trying to help.”

Gancar wasn’t particularly interested in theater growing up in West Lawn. He only auditioned for a part in high school to help a friend out.

“She wanted the lead in the show, but she was very tall, so she wanted someone as tall as she was to audition. We both wound up getting the parts,” Gancar remembers.

And the bug bit. He did a lot of theater at Penn State, though he was a speech and communications major.

“I didn’t start directing until about 1978 and that was a fluke because someone had dropped out at Genesius and they asked me to direct,” Gancar says.

It made sense to him.

“As an actor I had always been more interested in the process than the performance,” he says. “I started to direct and it was exactly what I wanted to do.”

So much so he went back to school and got his master’s degree in theater.

He moved to Seattle and helped found Aha! Theatre, which was named the best fringe theater in the mid 1990s.

A move back east to Washington D.C., spelled the end of his theater career for quite some time.

“When I was still in Seattle I lost my dad very suddenly and I felt I couldn’t be so far away, I wanted to keep myself free to help my mom.”

“The next thing you know, I got sucked into it all,” he says with a laugh.

Gancar has had a full-time job as a medical claims processor for 25 years, so is able to pretty much do what he wants to do.

“Agnes of God” opens Thursday and runs through June 28 at the Sharadin Bigler Theatre, 320 Cocalico St., Ephrata. Tickets are $20-$30. For tickets and show times, visit www.ephrataperformingartscenter.com.

Jane Holahan is the editor of the Entertainment section at Lancaster Newspapers. She can be reached atÂ jholahan@lnpnews.comÂ or (717) 481-6016. You can also follow@JaneHolahanÂ on Twitter.

Agnes of God at EPAC