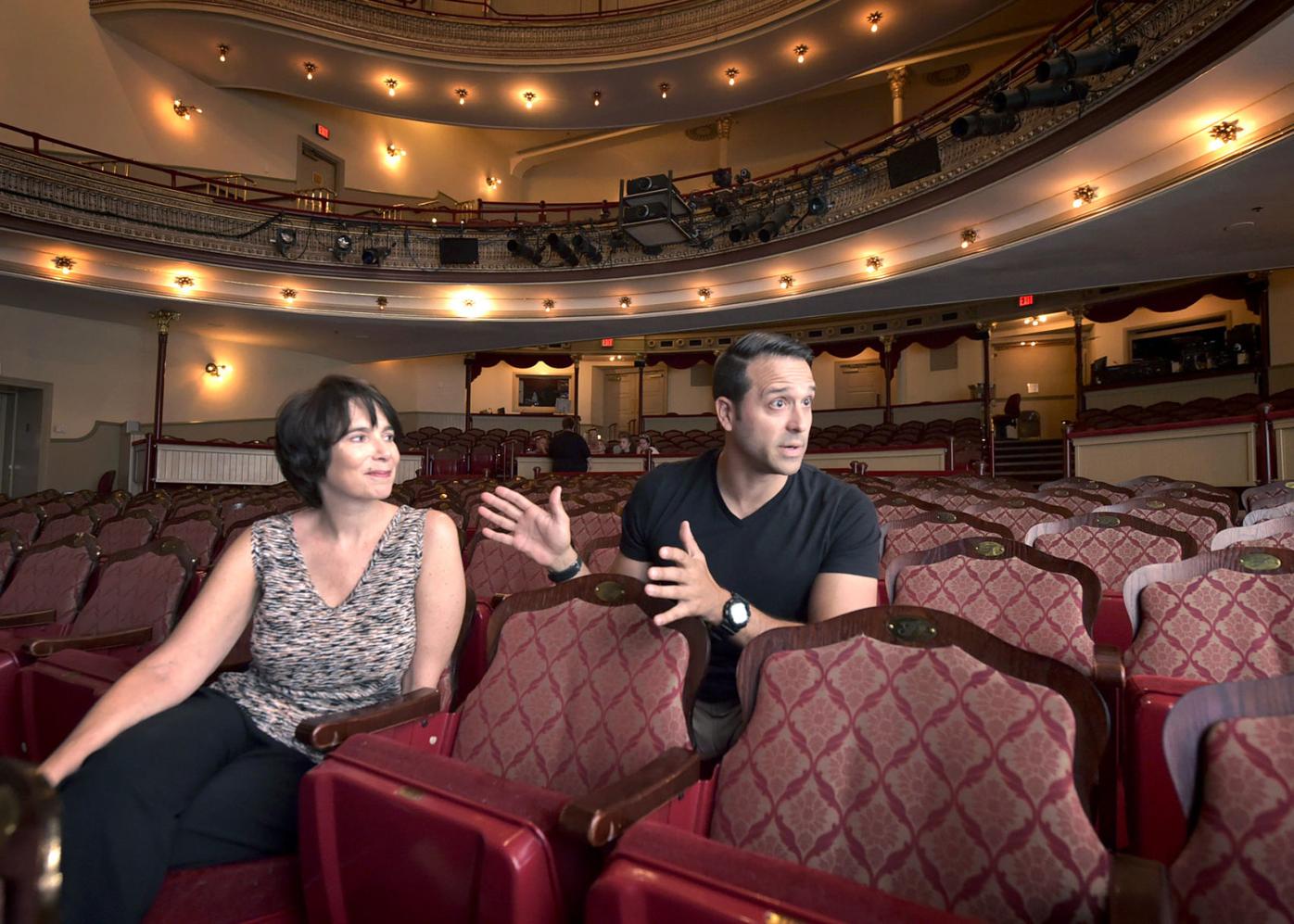 Jill Santoriello and Jeremiah James talk about their new musical, "It Happened in Key West" at the Fulton Theatre. The show will be presented, free to the public, next weekend. 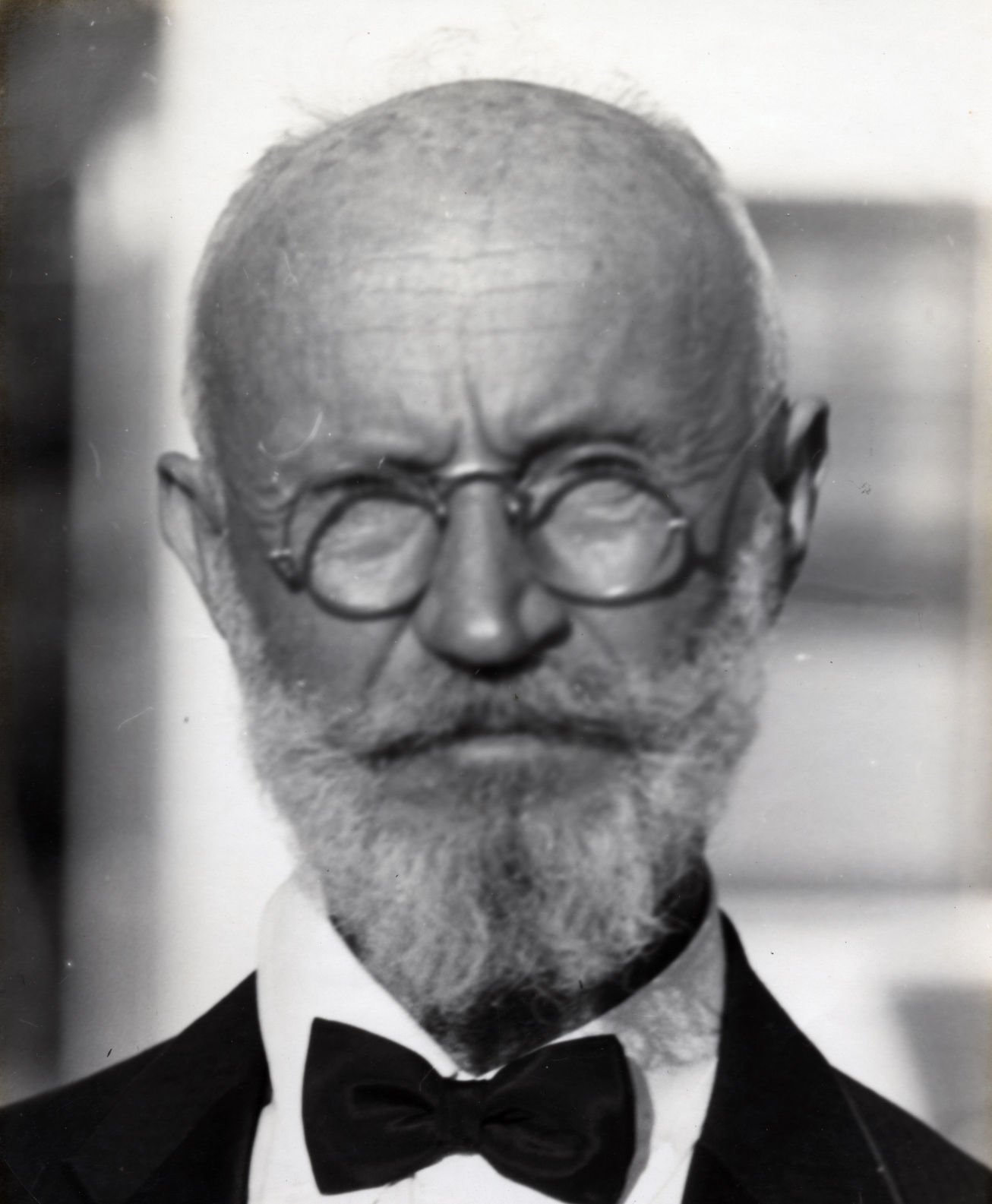 This 1940 photo shows the real Carl Tanzler, on whose unusual love story the musical workshop "It Happened in Key West" is based.

Jill Santoriello and Jeremiah James talk about their new musical, "It Happened in Key West" at the Fulton Theatre. The show will be presented, free to the public, next weekend.

This 1940 photo shows the real Carl Tanzler, on whose unusual love story the musical workshop "It Happened in Key West" is based.

In the fall of 1940, an eccentric scientist was arrested in Key West, Florida.

The town — and the nation — were abuzz with the news that German immigrant Carl Tanzler had broken into a tomb, stealing the dead body of a young Cuban-American woman with whom he had fallen obsessively in love.

He had lived with her mummified remains, in his home, for seven years.

This strange-but-true love story will come to life in Lancaster next weekend, when a workshop version of a new musical, “It Happened in Key West,” is presented on the stage of Fulton Theatre.

The musical is the brainchild of Jeremiah James, a New York actor, singer and producer who has performed at the Fulton in such shows as “The Addams Family” and “Les Miserables.”

James enlisted Jill Santoriello, who wrote the 2008 Broadway musical version of Charles Dickens’ “A Tale of Two Cities,” to write the music and lyrics for his Key West saga.

In 2004, James heard about Tanzler while watching a “bad re-enactment of this very strange story” on an HBO show.

He eventually became obsessed with these true-life events.

“The story was just so grand that it hit me like a ton of bricks,” he says. “I thought, ‘This story begs to be told in a musical format.’ ”

The truth and the fantasy of Tanzler’s own storytelling — in his memoirs and journal, and his testimony at his 1940 trial — is “mixed to a degree that we don’t know which is which,” James says.

“Carl Tanzler said that, from the time he was 12 years old, he started having visions of a woman with dark hair and dark eyes that he was destined to be with his whole life,” James explains.

“We do know that he was a brilliant man,” James says. “He was great with the electronics of the age. … He said he was from the (German) aristocracy. He called himself Count von Cosel.”

While working at a Key West hospital as a radiologist, Tanzler met Maria Elena Milagro de Hoyos, a Cuban-American woman who was “renowned as the most beautiful woman in Key West at the time,” James says.

Hoyos, who was more than 30 years Tanzler’s junior, had recently married a man named Luis Mesa.

But Tanzler believed she was the woman he had been searching for his whole life, James says.

Unfortunately, Hoyos had tuberculosis, which was, in the 1930s, essentially a death sentence.

Her husband abandoned her, and Tanzler ingratiated himself to her family by offering to perform alternative treatments to try to cure her.

“He builds these giant, elaborate electrical machines,” James says, like those you’d find in Dr. Frankenstein’s lab. “He uses these electrodes … to try to destroy the bacteria in her lungs.”

After Hoyos died, James says, “he built her this grand mausoleum.” He visited her tomb daily, talking and singing to her.

Tanzler later claimed Hoyos came to him in a vision, saying she wanted to leave the tomb and go home with him. So, he spirited her coffin away in the middle of the night.

He used wax and piano wire to keep her body and bones together.

“He gave her new glass eyes and a wig of her own hair,” James says.

“He lived with her that way, undetected, for seven years,” James says.

It wasn’t until Hoyos’ sister demanded to see her coffin that Tanzler’s secret was revealed.

Tanzler was “put on a sort of mock trial,” James says. “But the people of Key West loved him, and he was never going to jail.

“He gets up on the stand, and he basically explains to everybody that if you’ve never loved someone so much, you can’t judge the things I have done.”

In 2011, James reached out to Santoriello, who had considered James for a Broadway role in her “Tale of Two Cities.”

In 2011, when he pitched her the idea of turning Tanzler’s story into a musical, James says, “I thought she would laugh at me, and think this is the dumbest thing in the world.”

But Santoriello agreed to collaborate, writing the music and lyrics for the show.

“It appealed to my twisted, romantic side,” Santoriello says. “I had no idea how we were going to do it.”

She and James would have to decide whether the musical would be a drama, satire or a comedy.

They chose to make it a “romantic musical comedy” about a “strange, beautiful love story,” James says.

“If you take the Gershwin musical ‘Crazy For You,’ and you mix it with ‘Weekend at Bernie’s’ and you mix it again with the heartbreaking nature of the ‘Phantom of the Opera,’ that’s what the show, essentially, is,”James says.

“Since it’s based in the 1930s, which is music I grew up loving,” Santoriello says, the score “is very much traditional musical theater of that period — popular standards, and there’s also a little bit of Broadway power ballad mixed in.

“It’s big ballads, it’s comedy numbers, it’s got some numbers with a Latin infusion because of the Cuban characters,” she adds. “So, it’s very diverse,” like the mix of cultures in Key West at the time.

Santoriello and James found an actor to play Tanzler in the Fulton workshop in an off-Broadway show called “Ernest Shackleton Loves Me.”

That show’s star, Wade McCollum. also has been in the Broadway cast of “Wicked.”

The Key West musical workshop at the Fulton “is for the whole family, from young to old,” James says. “The way we tell the story, there’s nothing gross, nasty or strange. It’s a full-blown family musical of hilarity and sweetness and tenderness,” James says.

As a developmental workshop production, says Fulton Artistic Producing Director Marc Robin, “It Happened in Key West” will be presented with “a simplified set and minimal costumes.”

“But it is staged,” adds Robin, who is directing the show. “The actors have memorized it — they’re not holding their books. ... There’s minimal choreography.”

James notes there also will be projections on the stage, “to help tell the story, help set scenes.”

Santoriello and James want to know what the Lancaster audience thinks about the show.

There will be a talk-back at the end of every “Key West” performance, during which audience members can give their feedback to the show’s creators.

“My initial interest in the material was one out of morbid curiosity,” Robin says. “But I’m astonished at how much I care about, and believe in, the love story.

“This play really makes you (consider) the definition of what is normal,” Robin says. “Haven’t we all done things, under the guise of love, that other people would think is crazy?

“I hope people come,” Robin says. “Because ... to see a new work that you could have a voice in, as an audience member, is so rare.

“This could be a big hit on Broadway ... or it could go nowhere,” Robin adds. “We won’t know until an audience comes in and tells us.”

• What: Workshop performance of new musical “It Happened in Key West.”

• Tickets: Free, but reservations are required.