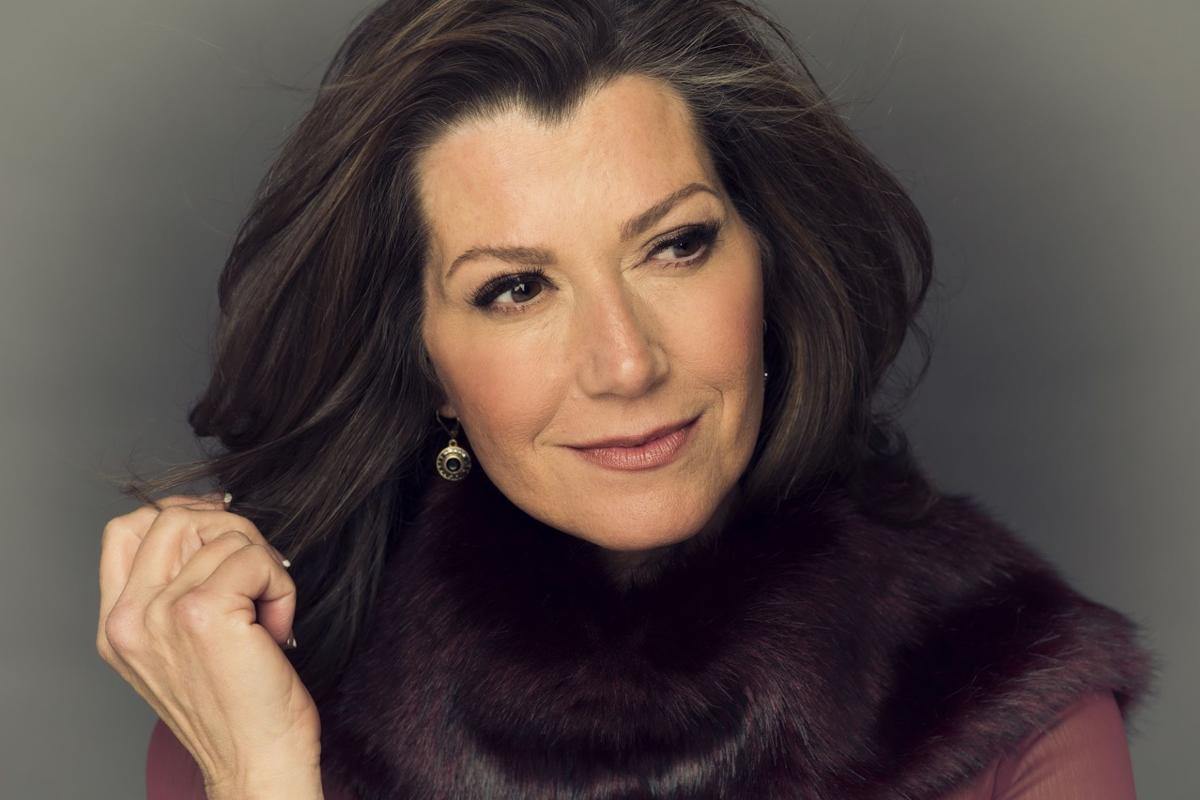 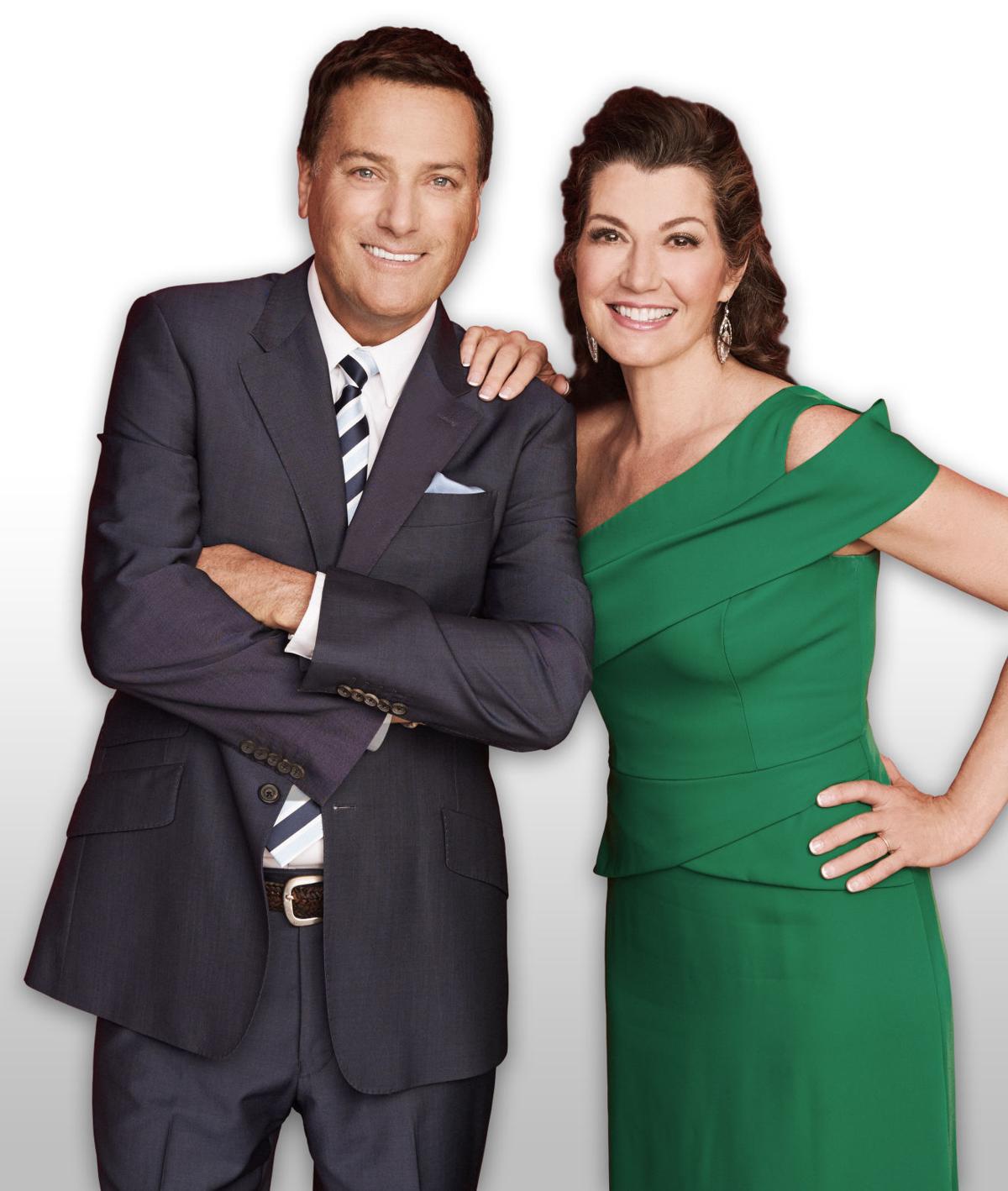 Amy Grant’s family has been through a lot lately.

Two of the singer’s daughters have been in the hospital in the past two years. Sarah, 25, was driving with her boyfriend in March 2016 when a driver on the opposite side of the interstate lost control, crossed the median and collided with their car. Millie, 28, donated a kidney to her childhood best friend in January.

Both of her daughters are OK, and Grant says their experiences did “an amazing thing” for her family.

“It just made us see each other in a different light,” Grant says. “It made us more appreciative for every day.”

She’s been thinking about this a lot on her Christmas tour with Michael W. Smith. While Grant used to feel pressure to pick the perfect gifts, these days she and her family find pleasure in something less tangible.

“Really, the gift is seeing their faces,” says Grant, 57.

Grant and Smith, who will be joined by season 9 “The Voice” winner Jordan Smith, will conclude their Christmas tour Dec. 17 at the Giant Center in Hershey. The performers will be accompanied by the Hershey Symphony Orchestra.

Grant, one of the world’s most popular Christian music artists, wrote and performed her first song in 1976. She extended her musical reach in 1991 with the mainstream pop hit “Baby, Baby.”

The singer has a long history of releasing and performing Christmas music. Her first Christmas album was recorded in 1983 at what was then the Caribou Ranch, a Colorado destination studio where she ate dinner by lantern light and invited her parents, grandparents and other family members to witness her recording process.

She’s reminded of those sweet memories during her Christmas show with Michael W. Smith when performing songs from that record.

If you had asked her four or five years ago, Grant would probably say she didn’t expect to do another Christmas tour with Michael W. Smith. The pair took a roughly 15-year break from their popular Christmas show. Then, in 2015, Michael W. Smith approached Grant about reprising the show.

In 2016, they added Jordan Smith, 24, to the mix. Grant says one of her favorite parts of this show is his performance of “O Holy Night.”

“His voice is just like a rocket ship,” Grant says. “He can effortlessly sing anything. Michael and I have kind of more traditional singer-songwriter voices, so what he adds dynamically is just off the charts. He is a virtuoso.”

Another one of Grant’s favorite moments features 90 seconds of an arrangement written by her frequent collaborator Ron Huff. Grant and Huff last worked together in 2013, as Huff now is living with Parkinson’s disease.

“The opening moments of the symphony transports me,” Grant says.

While Christmas is touted for its joy and merriment, Grant recognizes that the holiday may bring up some bittersweet or melancholy moments for individuals remembering late loved ones. A close friend of Michael W. Smith died in a tractor accident this year, and he reminisces on the loss during the show.

She touched on this holiday sadness on her mellow 2016 release “Tennessee Christmas.” Grant says she wants those in the audience feeling lonely this time of year to feel warmth and compassion from not only her and the other performers, but from fellow audience members, too.

“Sometimes we ask people to greet the people next to them,” Grant says. “Sometimes I’ll say, ‘Did anybody come alone? Will you be brave enough to say I came alone.’ And then go, ‘Hey, everyone around that person, reach out.’ It’s always good to be reminded that our experience is unique … to be mindful of each other.”

Keeping the less fortunate in mind is part of the show, too. The show includes videos by Christian humanitarian organization Compassion International, which aids children in poverty around the world. Audience members who sponsor a child prior to the show are invited to a meet and greet with Grant and Michael W. Smith. Grant hopes some will be inspired to sponsor a child after the show, too.

The Hershey date marks the end of Grant’s Christmas tour with Michael W. Smith. But Grant isn’t quite done working before the holiday. She and her husband, Vince Gill, will perform four shows at the Ryman Auditorium in Nashville.

If Grant and Michael W. Smith decide to tour again next year, she expects her involvement to be abbreviated. Touring during the holiday season has required some personal sacrifices. Her 16-year-old daughter, Corrina, who is active in music programs at her school, will be a senior in high school next year.

“I am missing all of her Christmas performances,” Grant says. “So I’m not going to do that next year.”

Grant is looking forward to continuing her family’s own Christmas morning traditions: a breakfast of bacon and eggs, and a photo of everyone in their pajamas, and fueling their present-opening with some caffeine.

American Music Theatre will welcome back Vince Gill this fall.

The pop Christian superstar is slated for a Feb. 2021 concert in Lancaster.