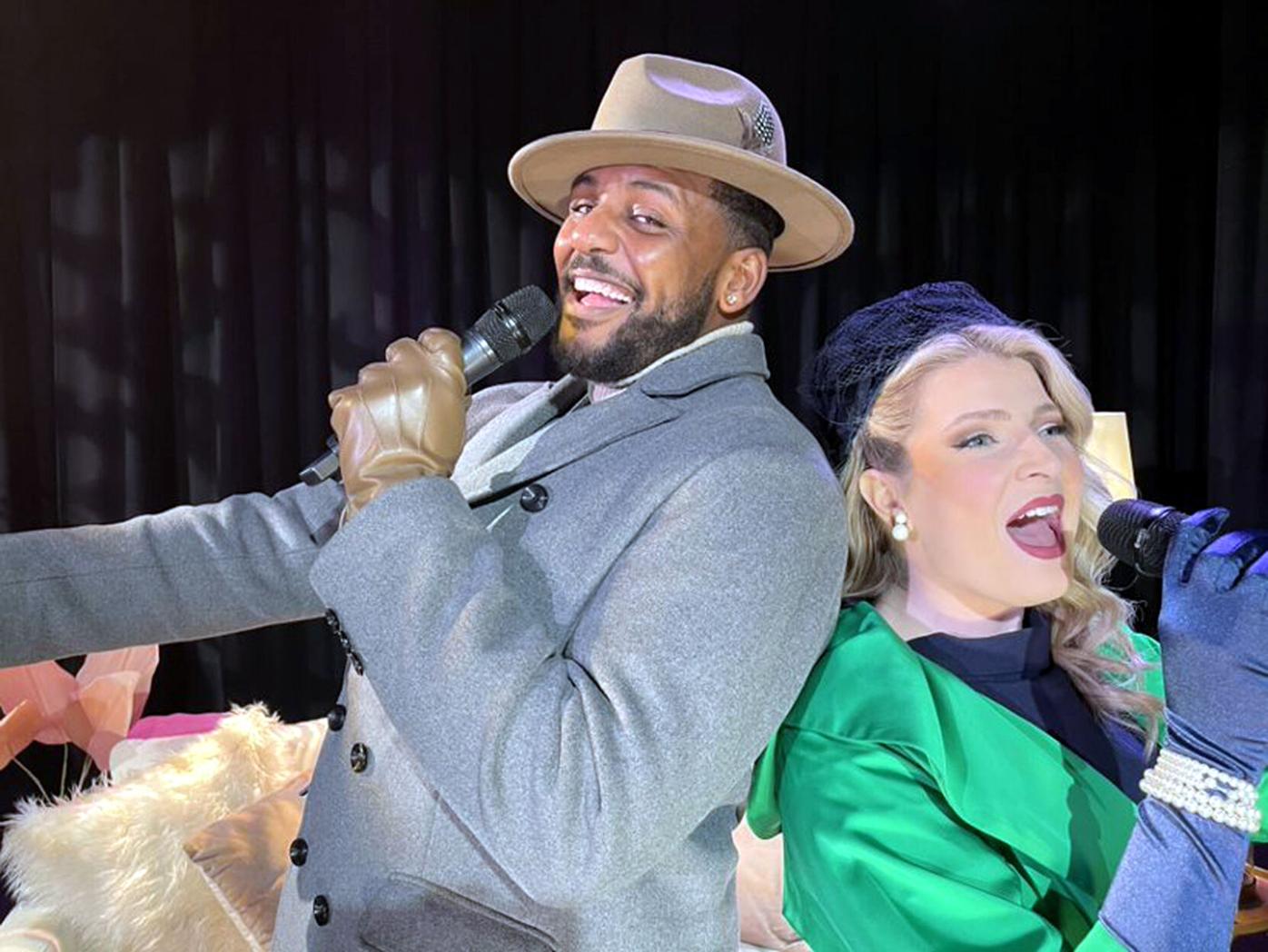 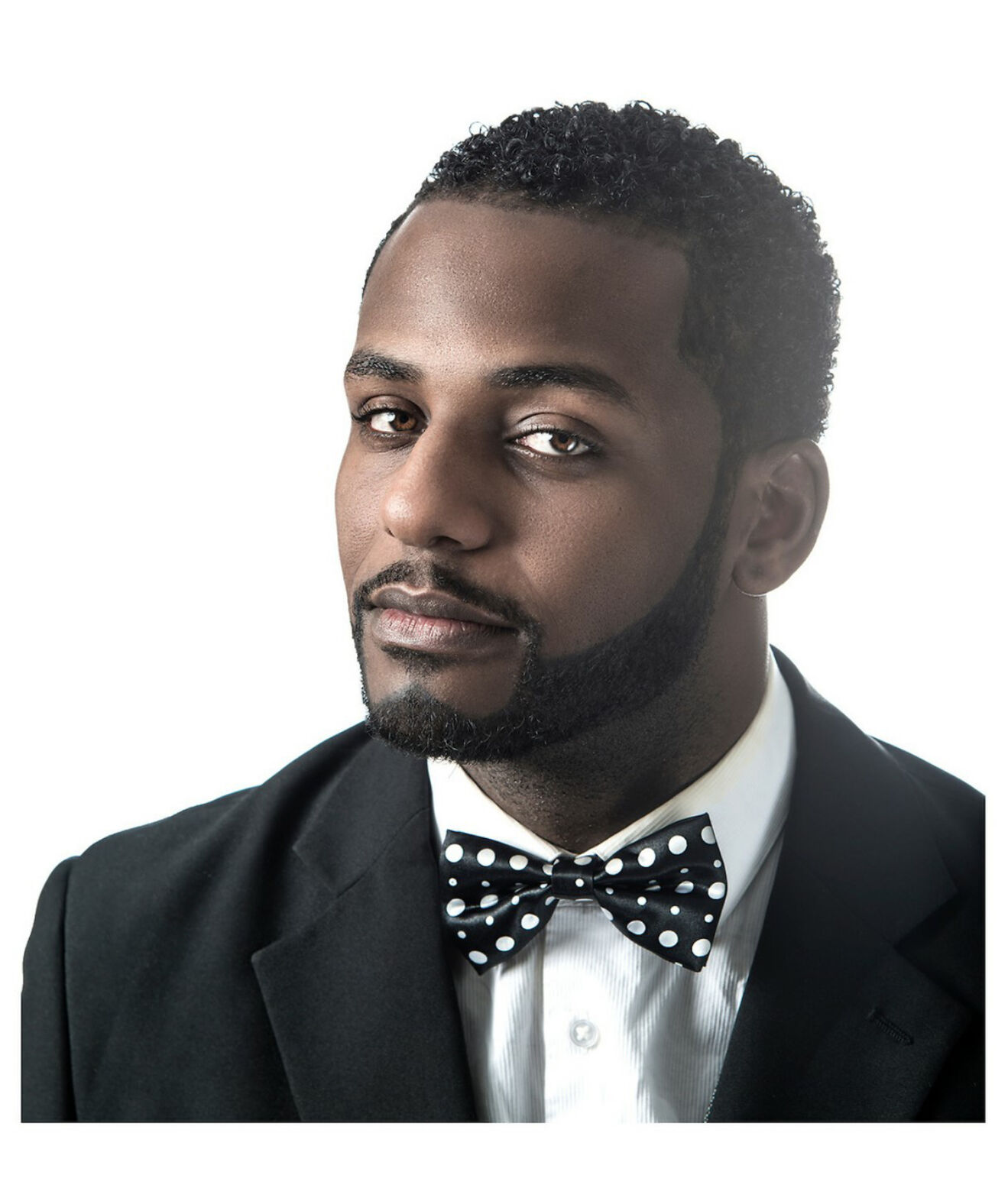 Joshua William Green has several upcoming acting, singing and directing projects, some of them in Lancaster. 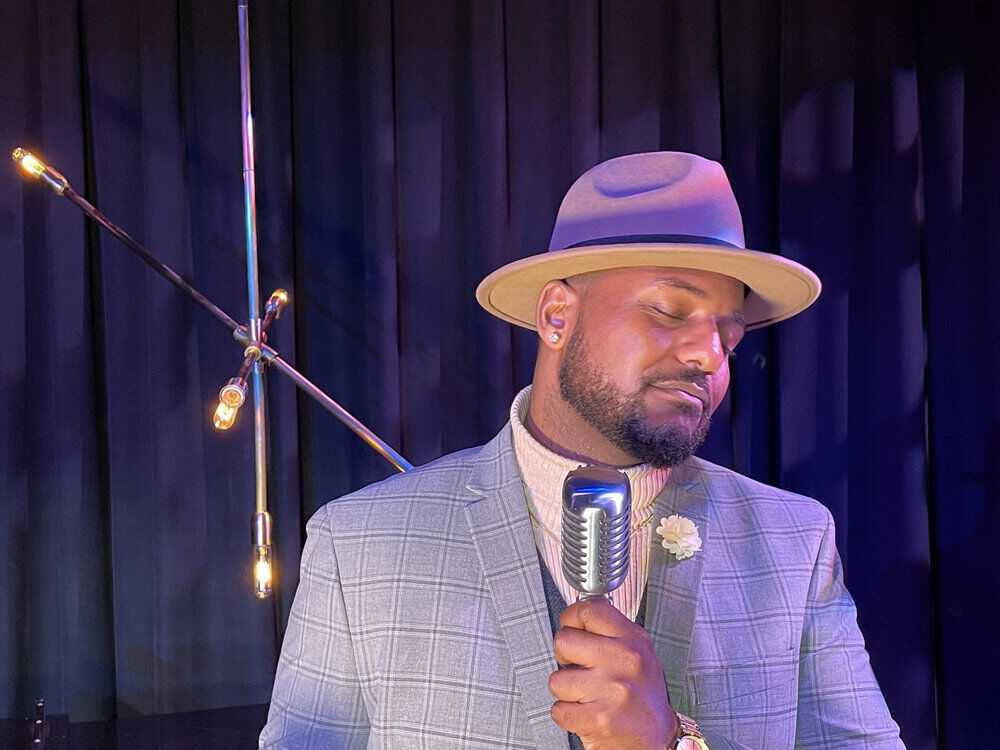 One year ago this month, Joshua William Green was lying in a hospital bed in New York City, receiving oxygen and struggling to breathe as he battled a severe case of COVID-19.

“Last year, I was really sick,” says Green, an actor, singer and dancer who has been living and working in Lancaster on and off for several years. “I was sick for three weeks. I got coronavirus in March, right at the beginning,” when his adoptive city of New York was emerging as a hot spot for the virus. He continued to battle its effects through April 2020.

He’d had asthma all his life, but had it under control. When COVID-19 struck, “I thought I was getting better, but I developed this cough. The cough is what sent me to the hospital.

“I struggled,” he says, “because I lived in a five-floor walk-up in New York,” Green recalls. “So, every time I was home, just going upstairs I was so winded. I was tired.”

What a difference a year makes.

“I feel amazing now,” says Green, who has been living in Lancaster since he came back to ride on a trolley and perform a cappella holiday music all around the city as part of Prima Theatre’s LanCarolers show in December.

Through the end of 2021, Green can be seen singing songs and telling stories of the Las Vegas Rat Pack in a streaming production of Prima’s “Sammy & Sinatra,” and he is preparing to direct a youth production with Lancaster’s Servant Stage Company.

He recently auditioned for NBC’s reality competition “America’s Got Talent” as part of a New York-based inspirational choir he has sung with for years.

And he has just been named the first Black artistic director of a theater where he performed while growing up in Youngstown, Ohio, he says.

“Right now, I live almost nowhere,” Green says with a laugh. “I work between Youngstown, New York and Atlanta. ... But I’m actually making a move back to Lancaster for a while.

“As of right now I’m planning to do a lot of things here,” Green says. He’d like to establish a local studio where he can teach voice.

In July, he will direct the Disney musical “Moana Jr.” for the Youth Summer Musical Theatre Camp program of Servant Stage, where he has performed in such shows as the 2017 and January 2021 productions of “The Civil War.”

He plans to stay involved with both Prima and Servant Stage.

“I’m just re-establishing my relationships with a lot of the theaters in the area, because I love this area,” Green says. “This has always been my ‘new home base,’ ever since I came here for Sight & Sound.”

The opportunity to perform in the Ronks theater’s production of “Jonah” first brought Green to Lancaster in 2017.

Green grew up in a musical family. His father, uncle and aunt were jazz musicians who sometimes backed big acts that performed in Ohio, including Earth, Wind & Fire.

“My mother was an established opera singer (in Youngstown) who moved into Equity theater,” he says.

Green got his theatrical start in the mid-1990s, at age 6, touring in the musical “South Pacific” with Ohio’s Kenley Players — and his mother. He was cast as one of the children of Emile de Becque, played by Robert Goulet.

“If you were a Green from Youngstown, they assumed you were musical, even if you weren’t,” he says.

“I spent a lot of time with (Goulet), playing his son,” he says. “It was a very cool, interesting moment.

“That’s probably one of the bigger credits in my career because the Kenley Players had a very large name,” Green says. “And to me, I was going to work with my mom, and I sang a song and I ate cold soup at the end of the show. And we went home, and it was just normal life. ... I didn’t realize everyone else’s family didn’t sing opera while they were cleaning on Saturday morning.”

He trained as a dancer after his mother moved from stage performance into teaching dance, and he performed and traveled with song-and-dance youth troupes in his hometown.

“We’d do concerts all over the place — from a tour of China to your grandmother’s nursing home” to the Macy’s Thanksgiving Parade, Green recalls.

Midway through his senior year in high school, he decided to veer away from his plan to study graphic design and into performing.

Study in musical theater at the American Musical and Dramatic Academy and Youngstown State University followed.

“I met an amazing faculty member at YSU, who was my voice teacher (and) that was really my life coach,” Green says. “She really taught me about the business because she had a career. ... And I learned I have talents as a director and choreographer — the things that have kept me working.”

Green has performed in two national tours, of the musicals “Ragtime” and “Finding Neverland,” and was in the chorus of “Rocktopia” on Broadway.

He got involved with JW’s Inspirational Singers in New York — the group with which he auditioned for “America’s Got Talent” — and wound up singing behind Sam Smith on the 2018 Grammy Awards telecast.

(He’s not allowed to talk about the AGT experience yet: “We were extremely fortunate enough to go perform for the judges, but I can’t tell you any more than watch season 17 beginning June 1st!”)

Green says that, for now, he’ll stay mostly in Lancaster, occasionally driving to Youngstown to work on planning the next two theatrical seasons in his new gig as artistic director of the Youngstown Playhouse — where he has performed in such muscials as “Dreamgirls,” “Cats,” “A Chorus Line,” “The Wiz” and “Legally Blonde.”

“I struggled for the whole year last year,” Green says, as he recovered from COVID-19.

“Even afterward, it felt like someone gave me a new body,” Green says. “It felt like my muscles didn’t know how to do anything. It felt like I had to learn how to do everything over again. The first time I sang, I felt like I never sang before.

“My whole body felt like I’d run a marathon, all the time,” he says. “I’d walk to the store, I had to rest when I got to the store.

“I stayed in Atlanta with my mother for almost the entire pandemic, and I recovered there,” he says. “Stayed in the corner, read my Bible every day, did some studying, wrote some music. I just completely checked out until September-Octoberish when Mitch (Nugent, Prima’s executive artistic producer) reached out to me to possibly come in November to rehearse for Christmas” with the LanCarolers.

He and two other singers — plus a piano player — recently presented Prima’s “Sammy & Sinatra” all around Lancaster.

The original show, featuring the songs of and stories behind Rat Pack pals Frank Sinatra and Sammy Davis Jr., was recorded and is available for streaming through the end of the year on Prima’s on-demand platform; tickets are available at primatheatre.org/now.

“You’ll see the three of us ... sitting on a couch, kind of laughing and joking and singing songs and telling stories about (Davis and Sinatra), and giving knowledge, and little tidbits that most people don’t know about them and how they affected music and pop culture and politics,” Green says.

“There was so much I learned,” he says. “You will hear a lot of stories about not just how close (Davis and Sinatra) were, but particularly how involved they were in each other’s lives, outside of music and entertainment, and how much Frank, mainly, fought for Sammy Davis Jr.”

Despite all the traveling he’ll be doing, Green is glad to have settled here, for now.

“I’ve always thought Lancaster would be a great home base for me,” he says. “Lancaster, I love. ... There is such a talent pool here. This is like no other place. To be a smaller town with such a big mentality, and such rich arts culture and training. There’s not another place like this.

The COVID-19 pandemic has made planning a 2021 season challenging for local theater companies.

Editor's note: If you had to pick one word to describe the world of theater in 2020, that wo…

Servant Stage Company, Lancaster, will present its next production, the stage musical “Daddy…

With a summer off from "Saturday Night Live" duties, comedian Melissa Villaseñor is hitting …

Now that Pennsylvania has universal vaccinations, a WellSpan Health doctor recently discussed barriers that could hamper the drive to inoculat…

The crack of the bat and the cheer of the crowd signify the start of another season of baseball in Lancaster County. Many of us have fond memo…

Franz Liszt at a social gathering in 1885 or ’86 graciously agrees to perform Beethoven’s “Moonlight” Sonata:

This is a story of a beloved mother, revered by her eight adult children and their spouses, who fulfilled her dream of having her own little b…

After tragedy, Lancaster band seasonal braces for 'Summers to Come'

There’s a song on the new album from Lancaster-based band seasonal that begins with these lyrics: