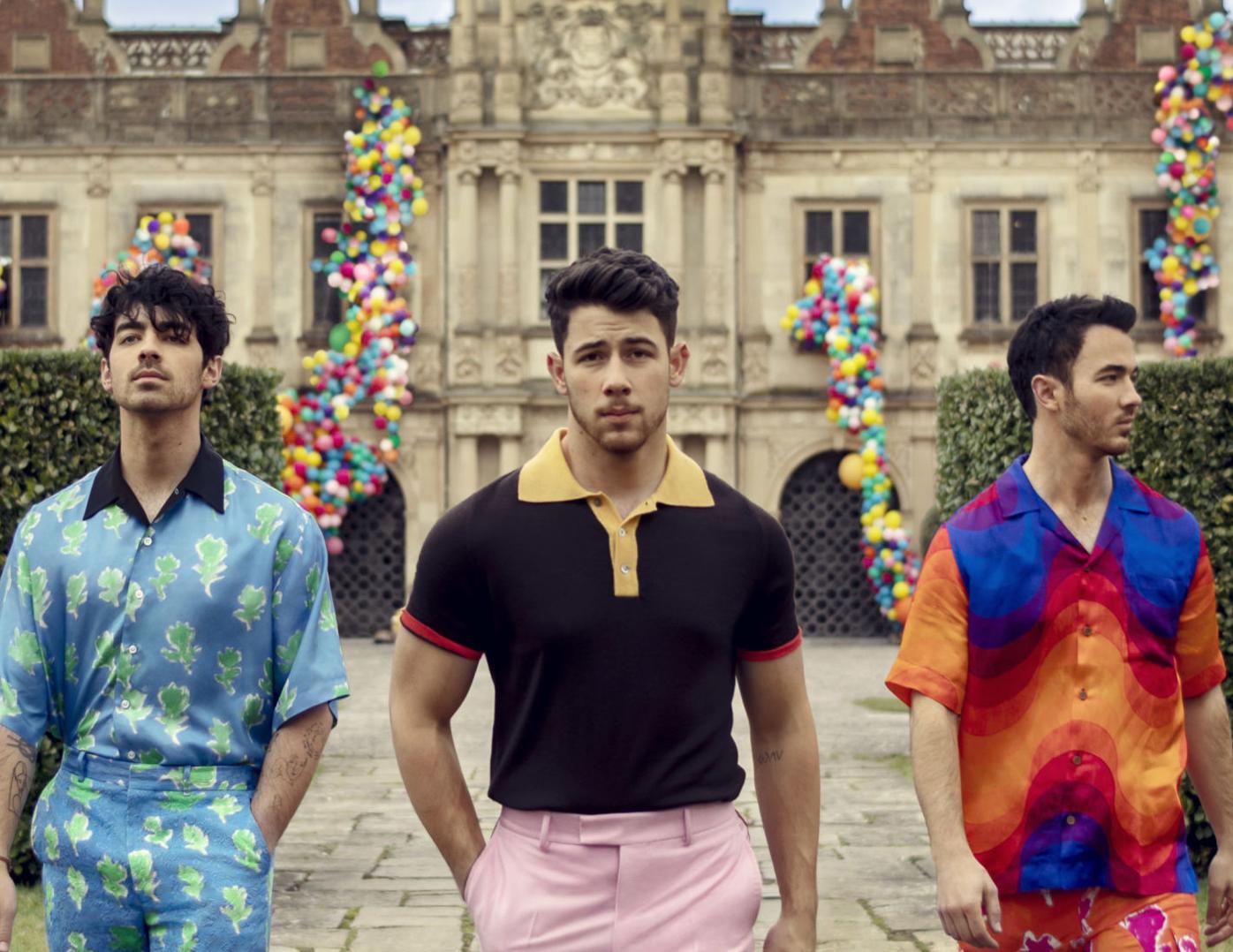 From left: Joe Jonas, Nick Jonas and Kevin Jonas. The Jonas Brothers will return to Hersheypark Stadium this summer. 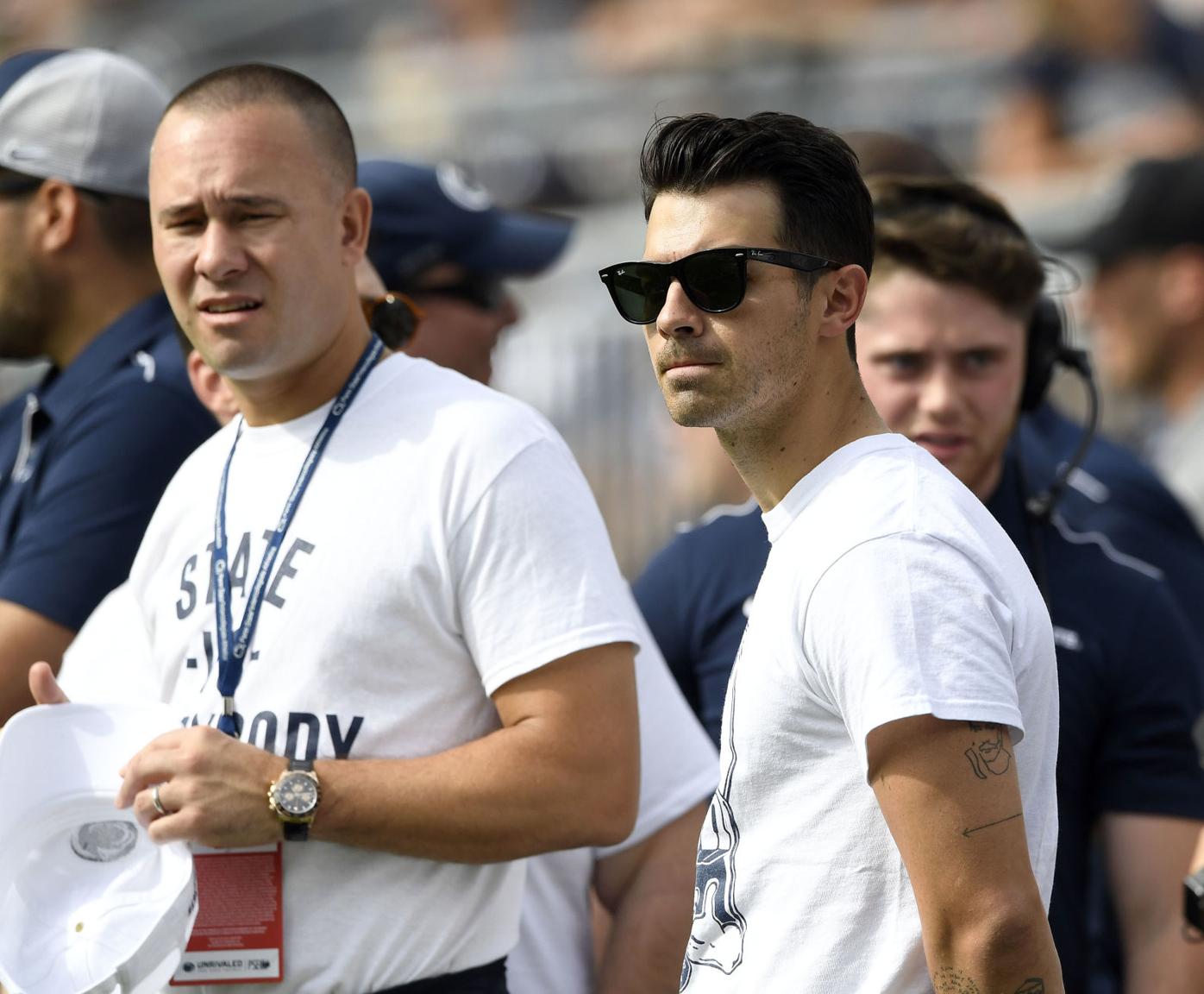 Joe Jonas, from the band Jonas Brothers, watches Penn State take on Idaho from the sidleines of the season opener at Beaver Stadium Saturday August 31, 2019.

The Jonas Brothers are back in Hershey tonight for the local leg of their "Remember This" tour, with country-pop artist Kelsea Ballerini opening the show.

Before you go, remember that the Jonas Brothers require every concertgoer to show their COVID-19 vaccination card or a negative COVID-19 test from within the past 72 hours.

In anticipation for tonight's show, here are a few fun facts about the Jonas Brothers.

They're a trio of brothers from New Jersey

The Jonas Brothers rose to stardom in the early 2000s after hitting it big on the Disney Channel.

After the brothers' initial music popularity, they went on to star in Disney Channel's "Camp Rock" in 2008 and afterwards had their own eponymous TV show, "Jonas" in 2009.

The Jonas Brothers are no stranger to Hershey.

The pop trio of brothers performed at Hersheypark Stadium in 2019 for their "Happiness Begins" tour.

Afterwards, they visited the Hershey Medical Center to visit a teen battling cancer who couldn't make it to the show.

They have a Lancaster County connection

They worked with Lititz-based live entertainment company Tait in 2019, who worked with 160 other big-named clients that year.

Every year, Tait releases a yearbook of its clients.

Joe Jonas said via Twitter that he had his 21st birthday at sports bar Champs Downtown in State College in 2010.

Since then, fans have spotted him and the other JoBros frequently in the area.

TONIGHT AT @ChampsPennState!! Best bar ever? EVER! We are Penn State 💪🏼 pic.twitter.com/gnTCiI2TLM

The band's manager, Phil McIntyre, went to Penn State University, which media reports credit as one of the primary reasons the Jonas Brothers became enthralled with the area.

In 2017, Joe Jonas' side band, DNCE (which is on an indefinite hiatus while the Jonas Brothers are back performing together), showed up to Penn State's pediatric cancer charity event THON for a surprise concert.

Here's a timeline of all of the Jonas Brothers' State College appearances.

What started as an Instagram story asking the Jonas Brothers to stop by the Milton S. Hershe…

Who did Tait work with in 2019? Here's the client list

Live entertainment company Tait worked with more than 161 clients and projects in 2019, acco…

If you plan to see the Jonas Brothers at Hersheypark Stadium in September, be prepared to pr…

Here's your guide to 2021 summer concerts in central PA

The excitement, the volume, the rush of live music — it feels closer now than it has since t…