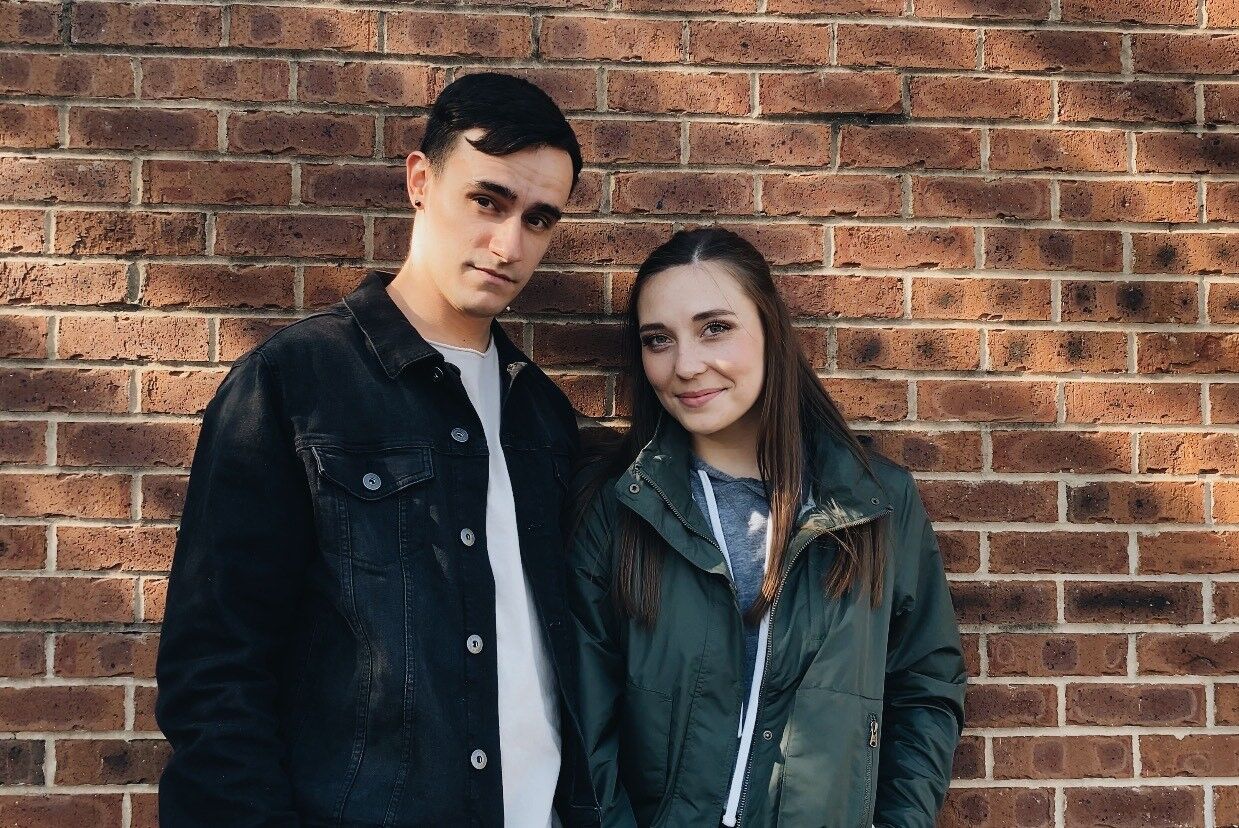 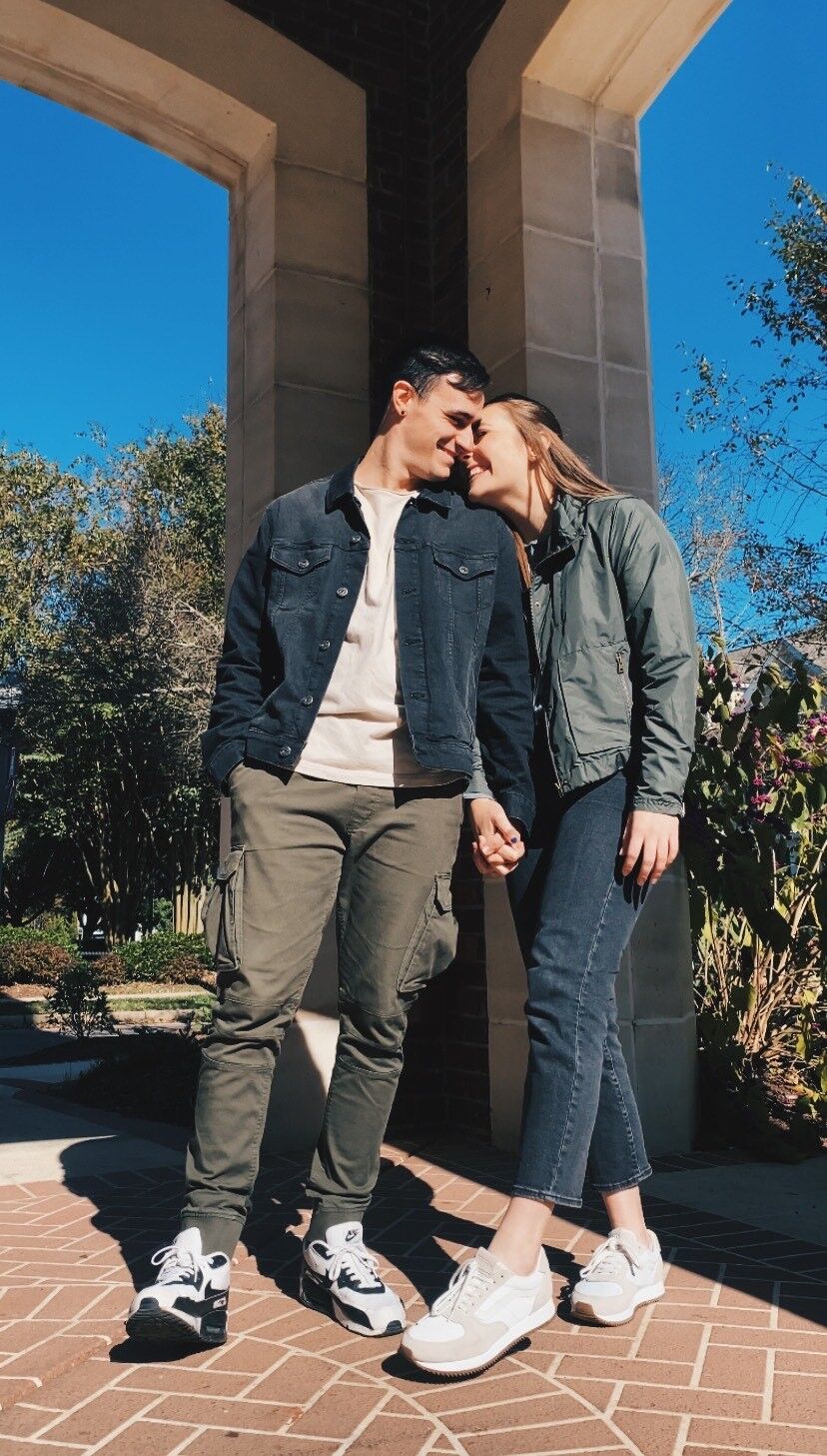 When COVID-19 forced many people to make drastic changes their routines, Austin Telenko and Marideth Batchelor went from an active lifestyle of dance classes and auditions in New York City to, well, basically, hanging out at Batchelor’s parent’s house in Raleigh, North Carolina.

“We noticed that TikTok was becoming very popular,” Telenko says. “We said to ourselves, ‘We’re professional dancers and choreographers, so let’s try learning these TikTok dances but put our own spin on them.’”

The pair will appear on the television show “The Greatest #AtHome Videos” hosted by Cedric the Entertainer tonight, Friday, Nov. 6, on CBS.

The two talented choreographers quickly found an audience on the platform. Their account (@cost_n_mayor) has amassed more than 750,000 followers and their most popular video has more than 15 million views.

Telenko and Batchelor took their flair for fun and innovative dances and their ironic sense of humor and created videos that resonated with the TikTok audience. They challenged themselves to dance to everything from pop hits to cooking tutorials to regional commercial jingles.

“Even our comedic choreography, we still put a ton of work into it just to make people laugh and the moves are genuinely really hard,” Batchelor says. “Doing clean, full-out choreography to someone doing a cooking tutorial is ridiculously hard.”

After posting the series of dances based on popular commercial jingles and some fun Halloween-themed dances, CBS contacted them for permission to use their videos on an upcoming episode of “The Greatest #AtHome Videos” hosted by Cedric the Entertainer.

“We’re not sure which video is going to be featured on CBS (tonight), and it’s going to be a mystery to us and all of our followers too,” Telenko says.

The two occasionally catch themselves marveling at their success.

“When we posted that announcement, so many people we didn’t even know we like, ‘We’re setting our DVR,'” Batchelor says. “Sometimes it’s kind of funny to think like, ‘Wow, people will know us for this, huh?’”

Do The (Side) Hustle

Like many live performers, the COVID-19 lockdowns resulted in lost income for Telenko and Batchelor. But after finding some success on TikTok, opportunities to use their influence and dance moves to move products began to come their way.

“It’s the creative challenge to make anything look good with choreography. Like we recently we did a campaign for Friendship Lamps, which are….lamps,” Batchelor says with a laugh. “To make a dance using a lamp as a focal point but make it look like a product you’d want to buy – that such a huge challenge for choreographers.”

Telenko and Batchelor are enjoying their success on TikTok, but are waiting for the time when they can perform in front of a live audience again.

“At least three or four times a week we say to each other, we really miss performing in front of a live audience,” Telenko says.

But the pair says they are truly grateful for their followers on platforms like TikTok and Instagram and enjoy sharing in the positivity that comes from sharing their work with others and seeing the joy it brings people.

“Reading all the comments after we post one of our videos is a whole vibe that we just love,” Telenko says.

“It’s almost the same exchange of energy we’d get in the live setting,” Batchelor says.

The two say are excited that they’ve been able to reach such a large audience on TIkTok just by creating videos while bored in quarantine.

But both are ready to return to the stage.

“We want to be able to jump right back into being creative when this is all over without skipping a beat,” Telenko says.