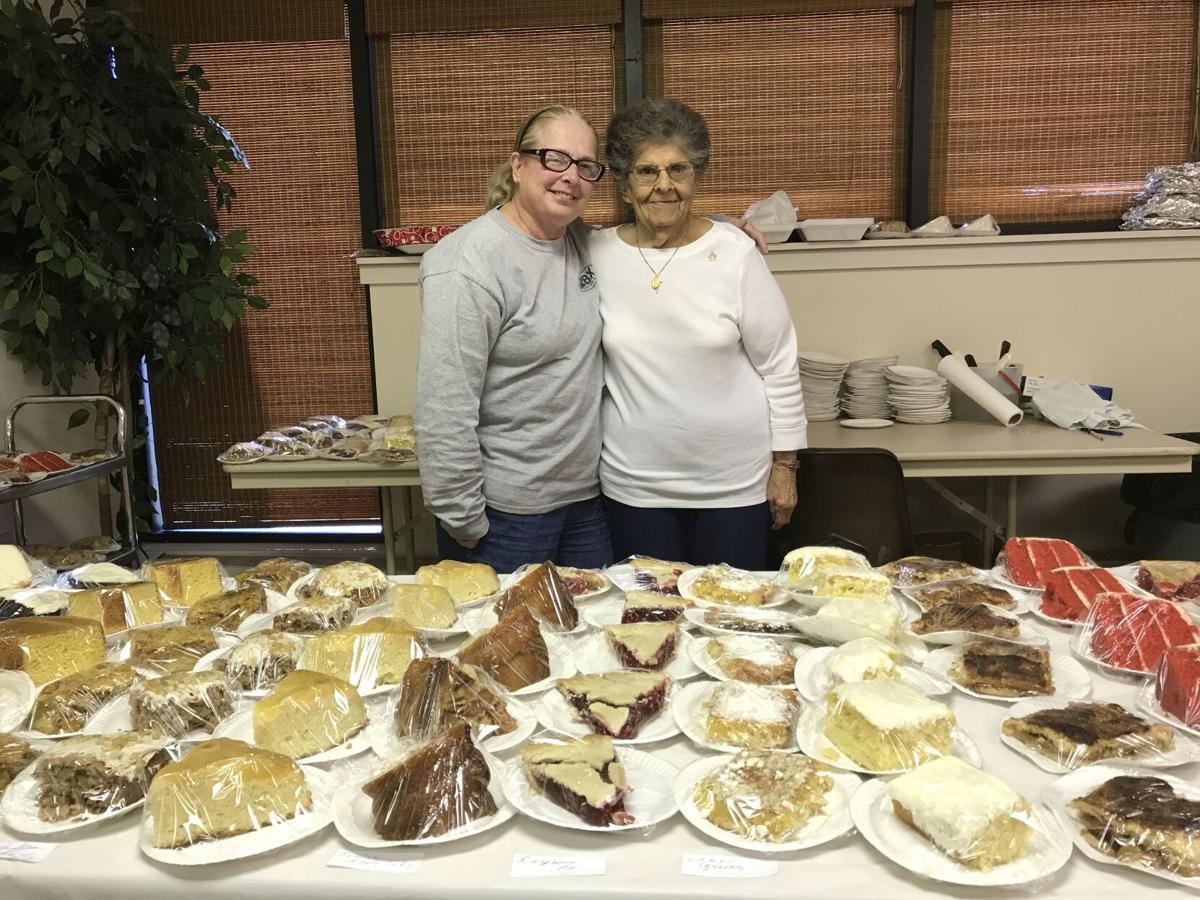 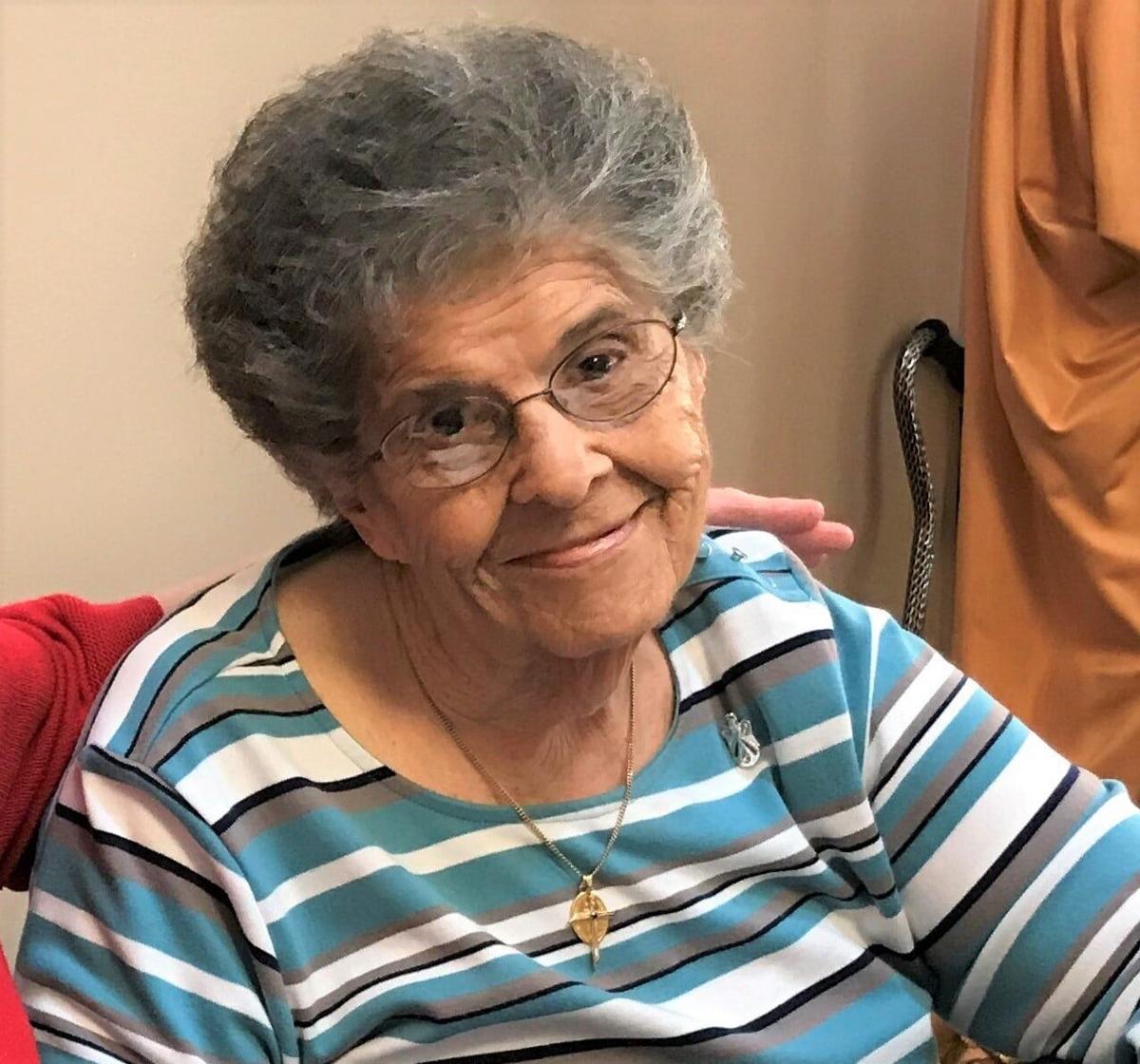 Like so many of us, the past year has forced Bernie Reppert of Cornwall to hunker down and ride out the pandemic. The few exceptions to the 93-year-old’s stay-at-home routine: the doctor’s office, the hairdresser (every Thursday morning) and the Lenten dessert table at Sacred Heart of Jesus Catholic Church, also in Cornwall, in Lebanon County.

A lifelong parishioner (she was christened at Sacred Heart), Reppert is known in these parts as the ringleader of Bernie’s Bakers, a 40-volunteer brigade that whips up baked goods for the church’s Fish Fry dinners, during Lent and again in October.

The variety, says Reppert, is something to behold; with about 40 people baking on any given week, there are at least 35 desserts to choose from. “My desserts are outstanding,” Reppert said in a phone call last week with LNP. “No one can put on a table of desserts like I do.” Expect to find a little bit of everything, she said, from chocolate cake with peanut butter icing (a crowd favorite) and cheesecake to pineapple coconut cake. (But she noted, “pies are very much needed. I don’t get as many pies as I would like.”)

To be clear, Reppert does little baking herself these days, but she continues the tradition of slicing, packing and displaying the desserts on a long table. Because of the pandemic, Reppert makes her way to the church on Wednesday mornings, “to cut the cakes and get them ready. I leave around 3 before the crowds” arrive when the doors open at 4 p.m.

In previous years, the Fish Fry has been a popular sit-down event, with the dessert table a big draw from outside the county, including Lancaster. “People would put their dinner tickets on their table and rush over to the dessert table first and pick their desserts,” Reppert recalled. But even with the carryout option, the church did 586 orders last week, she said.

Although Reppert claims she’s “not much of a baker,” she clearly has the managing chops to coordinate the dozens of desserts that her bakers drop off at the church on Wednesdays. She credits parishioners Ann Achey and Donna Lescisko, avid bakers and steadfast helpers whom she considers the equivalent of a right arm.

Before hanging up, Reppert encouraged this reporter to “come see for yourself” what the dessert hype is all about. “It’s like a circus at 4 o’clock,” she said, when the doors open for the Lenten dinners.

“I’m so glad at 93 I’m still doing it,” said Reppert, who just received her first shot of the COVID vaccine, of her cake coordination.

With any luck and maybe a prayer, this time next year, the public can see the spunky Reppert in action, once again.

To learn more about Bernie’s Bakers or to get involved, call Sacred Heart of Jesus Catholic Church’s office at 717-273-1574.

Due to COVID-19, fewer Catholic parishes in the area are hosting Lenten fish fry dinners, and for those that are, the traditional sit-down affair is off limits this year. Below, the details from two parishes, updated as this story went to press. If you have a fish fry event to share, send the details to LNP Food writer Kim O’Donnel, kodonnel@lnpnews.com or 717-291-8644, and we’ll adda it online.

On the menu: Dinner platters, with a choice of baked haddock, a pair of crab cakes, fried filet of fish or fried shrimp. Includes baked macaroni and cheese, coleslaw, stewed tomatoes and a dinner roll. (The fried fish and crab cake are also available as a sandwich.)

Side dishes, sold on a la carte basis, include macaroni and cheese, stewed tomatoes, coleslaw and a weekly soup (cream of crab, potato and cheesy broccoli). A variety of individually wrapped baked goods made by the women of the parish will also be available for purchase.

How to order: Call 717-684-0414 Wednesday or Thursday, 6 to 8 p.m. each week prior to the Friday event or via email: stpetersfishfry@gmail.com. All orders must be placed by Thursdays at 8 p.m. A limited number of walk-in orders will be available.

Extra tidbits: In its 42nd year, the fish fry is a church fundraiser sponsored by the St Peter’s Parish Council of Catholic Women.

Where: 904 Mill Rd. Elizabethtown, in the church parking lot.

What’s on the menu: Baked haddock or fried pollock, both wild caught. Platters include choice of baked potato or French fries, apple sauce or coleslaw, coffee or tea and a huge selection of homemade desserts courtesy of Bernie’s Bakers, a volunteer effort coordinated by lifelong parish member Bernie Reppert. (See our interview with Reppert above.)

How to order: Walk-in or drive-thru, on a first-come, first-serve basis.

Due to COVID-19, fewer Catholic parishes in the area are hosting Lenten fish fry dinners, and for those that are, the traditional sit-down aff…

In my childhood home, my mother hung up a whimsical plaque that said, “Faith will never die as long as colored seed catalogs are printed.”