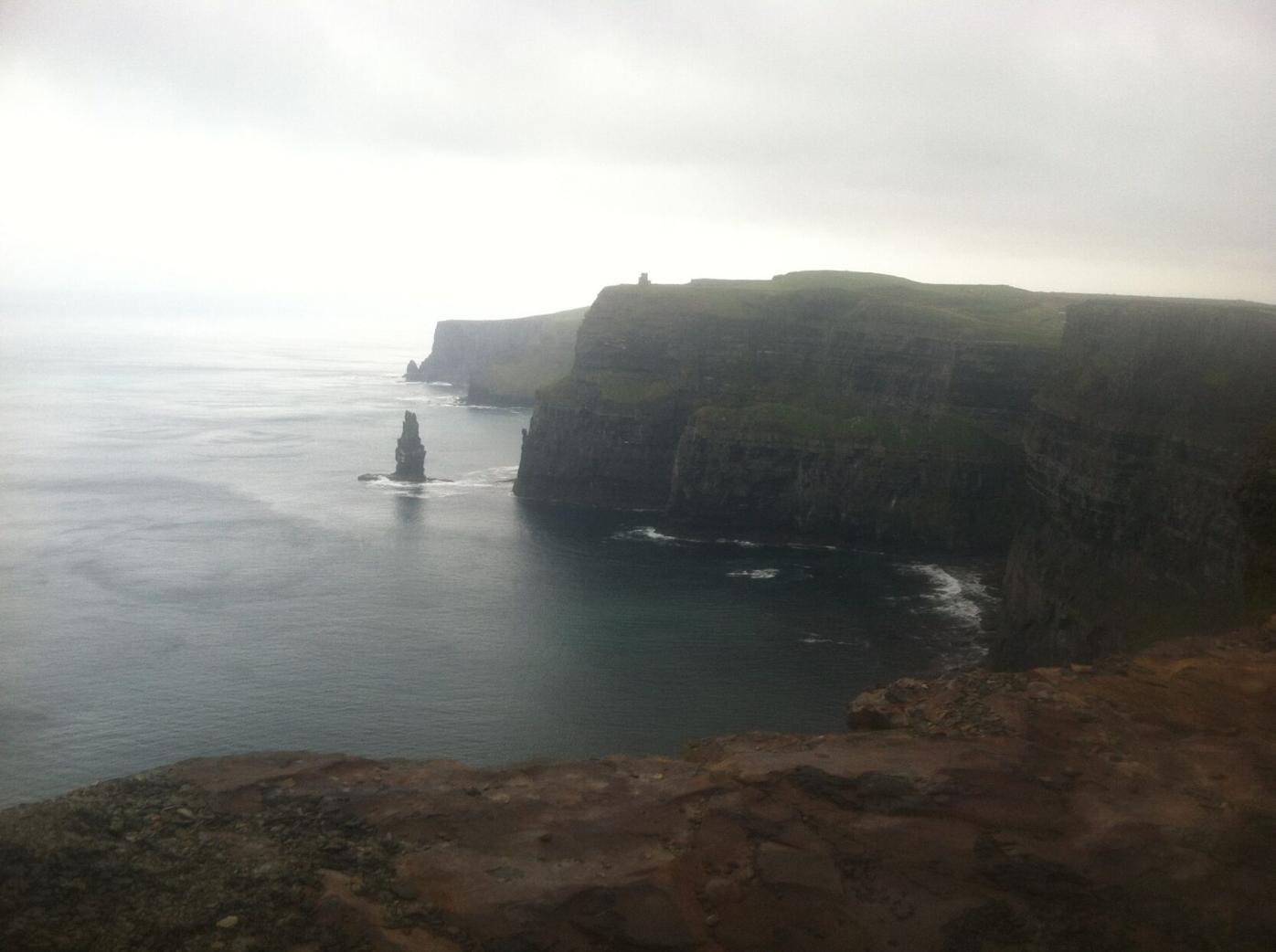 Maggie Mahoney’s tour group visited Ireland’s Cliffs of Moher as part of “the best trip ever” in 1994. 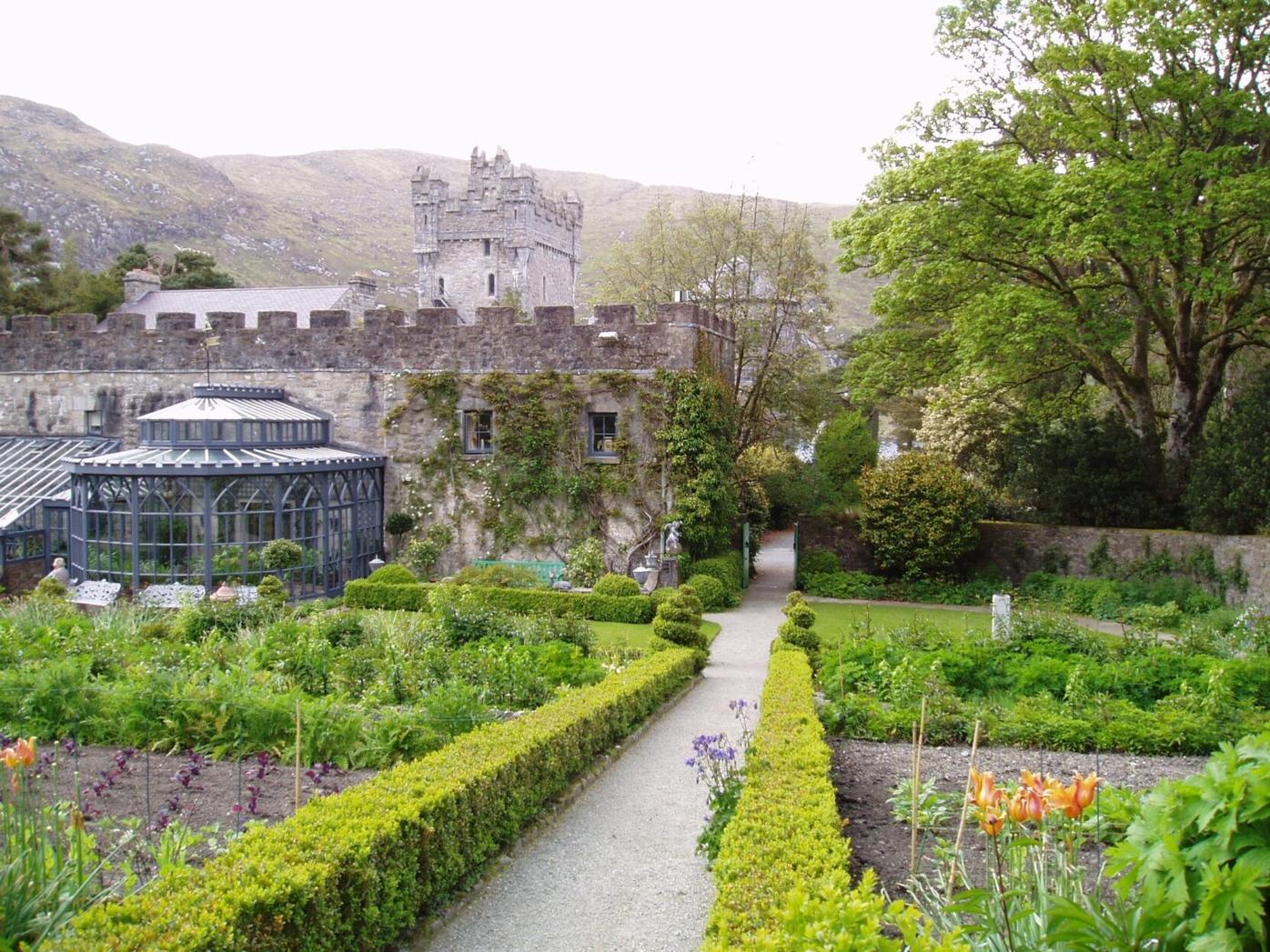 With COVID-19 causing many travel plans to be canceled, including one my husband and I had planned for this summer, I have been reminiscing about some past trips and one, in particular, comes to mind.

In early 1994, my husband, Jack, and I were planning a trip to Ireland.

After mentioning this to my three sisters, I was immediately informed that if we were going, they were going, and thus began “The Best Trip Ever.”

I was working as a travel agent for Zeller Travel, and began to plan the trip for Jack, me, my sisters and my brothers-in-law.

Jack’s two sisters learned of our plan, and not only did they want to go, they had friends from high school days who also wanted to go, along with a niece and her friend.

When all was said and done, there were 33 in the group that started as two.

I blocked space with Aer Lingus, round-trip from JFK to Dublin, and CIA Tours for the land arrangements, mailed the itinerary to everyone stating what was necessary to travel, including a valid passport and the price of the tour. Lo and behold, I received deposits from all 31, and it was “game on.”

Prior to departure, I phoned the person I contacted in the past to get permission for the motorcoach to depart from a store parking lot at a local shopping center, and told her some people might leave their car there while on the trip.

She assured me that would be fine.

Jack and I were the first to arrive at our departure spot. When the motorcoach pulled in, a security guard approached and wanted to know what was going on. I told him that we were leaving on a trip and that I cleared it with “Amy.” He informed me that she was no longer in a position to authorize that and if anyone left a car there it would be towed.

After a few tense moments, it turned out there were only two cars being left there and they would be picked up the following day.

Before the motorcoach left the parking lot, I asked if everyone had their passport, and was assured that they did. At JFK, we headed to the Aer Lingus check-in counter.

Jack and I were last to check in and I noticed that the couple ahead of us was very upset. I went to see what the problem was and found out that their passports were expired.

They were aware that their passports would expire at the end of the year, applied for new ones and received them. However, when you get a new passport, the old one is returned to you and stamped “canceled” inside.

When they were packing, they thought the old ones were still valid, having never opened them. The valid ones were at their home in Wyomissing.

Their son was called; he was going to get the passports.

Aer Lingus found a flight from Allentown on American Airlines to JFK, scheduled to arrive at 7:30 p.m.; the airline agreed to transport the passports and said they would be first off the plane — in a brown paper bag.

Their son got the passports, took them to the Allentown Airport and turned them in to American Airlines.

Aer Lingus had a flight leaving JFK at 8:30 p.m. and our flight was leaving at 6:30 p.m. They allowed me to check in the couple’s luggage on our flight and claim it in Dublin. I doubt that would be allowed today.

The couple was two hours behind the group, and arrived at our hotel by taxi.

Day two started early. Luggage was to be outside the hotel rooms by 9 a.m. When I got down to the lobby, there was a fuss about someone’s luggage not being there.

Two people got up early and decided to go for a walk. When they went into the lobby about 7 a.m., they saw a pile of luggage and thought their luggage had not been picked up and went and got it and put it with that pile of luggage.

That luggage belonged to another group that had already left and was heading east while our group was going to head west. The desk clerk was able to contact the bus with the wrong luggage and the driver said he would drop it at a train station to be put on a train which would cross the country.

Later that evening, after spending the day sightseeing, we were checked into our hotel and enjoying happy hour when a cab pulled up at the hotel with the missing luggage.

We traveled west and north, stopping at Glenveagh National Park, Connemara, the Cliffs of Moher and Blarney Castle.

Going into Belfast, Northern Ireland, was a big deal back then. We were stopped at the border, where armed guards in two towers studied the motorcoach very carefully. We were cautioned against taking any pictures or making any eye contact with the guards because it was up to the guards as to when and if we would be allowed to cross the border.

After about 15 minutes, we were given the green light to go.

An uneventful flight brought us back to JFK. The motorcoach driver was waiting for us in the baggage claim area, and we returned to Lancaster.

From then on, every time I would meet someone who was with the group I’d hear how that was “the best trip ever.” After all these years, when I reflect back on that wonderful experience, I have to admit that it was.

Although, there was that cruise when a lot of luggage ended up in the Tampa Bay.

But that’s another story.

The writer lives in Lancaster.

I still remember the way they looked, in the rearview mirror of my dad’s 1961 Buick LeSabre. Two heads as close together as teenage boyfriend …