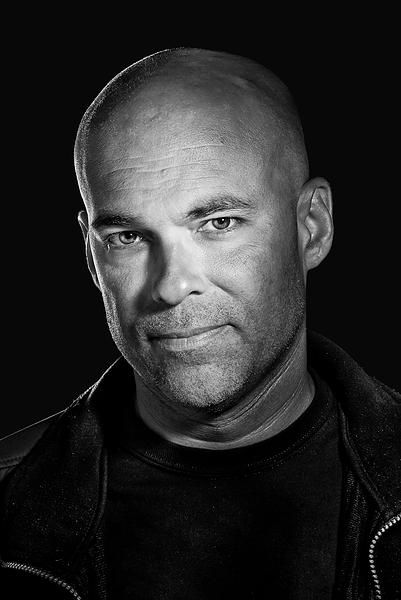 When B. Harrison Smith was 8, his mom took him to the Grand Theater in East Stroudsburg, Monroe County, for a showing of “Jaws.”

Of course, he was enamored with the monstrous sharks on screen. But he also was intrigued by what was happening around him in the theater.

And he has. Smith has worked on seven feature films as a director, writer and producer. The latest, “The Special,” will debut Friday at the Appell Center for the Performing Arts’ Capitol Theatre. The horror film is rated NR for strong sexual content and runs an hour and 34 minutes.

Smith and newly formed York film company Everything’s Fire shot the film entirely in Lancaster and York counties. Smith estimates about one-quarter of the film was shot in Lancaster County at locations including Smith’s Hotel and Bar in Columbia and Sloan’s Pharmacy in Mountville.

“The Special” is the first release for Everything’s Fire, an entity formed by the founders of corporate film company Bold Creative Media. Doug Henderson and Matt Nease of Everything’s Fire believe central Pennsylvania’s film industry can blossom far beyond just this film, and they are making it their mission to produce high-quality professional feature films in the York and Lancaster areas.

While “Jaws” planted dreams of filmmaking in Smith’s head, it was decades before he saw them fully realized.

He worked as a high school history teacher for 12 years in East Stroudsburg. Then, in 2010, an investor approached Smith about making a movie. He presented “The Fields,” his original screenplay inspired by his time on his grandparents’ farm when it came under attack by trespassers in 1973. Cloris Leachman depicts Smith’s grandmother, another central figure in fostering his love of horror. He recalls taking her and his grandfather to see “Poltergeist” in 1982.

“None of that stuff used to scare her,” Smith says. “She used to tell me all the time, ‘You’d be more afraid of the living than the dead.’ ”

His teaching job and film career overlapped a bit, posing some interesting situations: like having to make copies of tests for a substitute teacher while he had actress Tara Reid with him. (She starred in “The Fields.”) Reid signed the tests for his students, Smith says, dotting the ‘i’ in her last name with a heart.

After “The Fields” was finished, one of Smith’s students asked him what was next. “We’ll see” wasn’t a satisfying response for the student.

That night, he told his wife he would give filmmaking a solid go. Soon after came “6 Degrees of Hell,” and others such as “Camp Dread” and “Death House” followed. He divorced, remarried and moved to Lancaster five years ago.

Smith says his movies all have a few traits: complex characters, a strong storyline and smart, strong women. That final element, he says, was inspired by being raised by a single woman for the first part of his childhood.

“You won’t find in any of my films the half-naked blonde running, falling down. … Every single (film) has a strong, intelligent woman,” Smith says. “And not just one of them. They often outshine the men. Usually, the men in my films are pretty dumb.”

“The Special” is no exception. Mark Steensland (“Midnight Run,” “Mannequin”) and James Newman wrote the screenplay. They adapted it from their original novella of the same name. Smith directs. Matt Nease of Everything’s Fire worked as director of photography and editor, and Doug Henderson, also of Everything’s Fire, was a producer, editor and actor.

The plot follows Jerry, a young man whose friend convinced him that his wife, Lisa, has cheated on him. The friend suggests he gets revenge and takes him to a brothel, telling him to get “the special.”

While the subject matter is racy, that human element is what attracted Smith to the script.

And it is graphic.

“It’s not bloody, but it’s goopy, and it gets real crazy at the end,” Smith says.

Nease says Smith gave him full range to realize his own vision in the film’s cinematography. Some have called it “Cronenberg-esque,” Nease says, referencing the director of “The Fly.”

“It’s a little dark, but also colorful in a way,” Nease says. “It certainly has an interesting look and feel to it.”

Smith was pleased with the results.

“I’m telling you, ‘The Special’ is one of the best-looking motion pictures I’ve made, and it wasn’t near the budget of ‘Death House,’ ” Smith says. He declined to provide further specifics regarding the film’s budget.

Manheim native is now a cowboy star in the movies

Smith says the filming brought over $100,000 to York, and about $20,000 to Lancaster. Lodging, food and car rentals are just some of the ways filming can positively impact a community, Smith, Nease and Henderson say.

Of course, not everyone is happy with local filming. When “Witness” filmed in Lancaster, Temple University professor John Hostetler said the film was “a major intrusion into the Amish way of life,” according to a 1984 Lancaster New Era story. An Amish group called for a boycott of the film, and then-governor Dick Thornburgh’s administration agreed not to promote “Amish country” as a site for film production.

Amish country aside, Henderson says one of the reasons he thinks a film industry could thrive in central Pennsylvania is the community’s general friendliness and willingness to help.

“I have friends in Los Angeles who have been kicked out of filming in their own home because they didn’t have a permit,” Henderson says. “Here it’s rare to have somebody have any objections to film places. It’s a totally different situation and we’re blessed.”

There’s also the varied scenery in a short driving distance, from historic buildings to rolling hills and more. All that’s missing is a beach, Smith and Henderson say.

Film is a subsidized industry in Pennsylvania, which includes a tax credit.

“Filming is a very expensive medium, but that money almost entirely goes out to small businesses and contractors. … It’s all going into the community where we’re filming,” Henderson says.

Modern politics have created a unique opportunity for Pennsylvania, Henderson says. While Georgia has embraced the filmmaking community —its industry is more than double Pennsylvania’s, and the tax incentives are better — many Hollywood productions are boycotting the state over its restrictive abortion legislation.

“I think we’re at an interesting crossroads right now because a lot of productions are looking for another place to go. … We don’t need to have a 50 to 80 or 100 million dollar movie filming here to have an industry,” Henderson says. “What we do need is local people to get behind it, and specifically, we need the financing to be able to do it.”

Smith says “The Special” could have been shot anywhere, but Henderson and Nease were essential to it being filmed locally. He hopes it makes residents consider the further filming possibilities in our region.

“We’re doing the Appell showing as a wakeup call to Lancaster, York and Columbia,” Smith says.

Director Bradley Hawkins wanted to shoot his new short film somewhere that evoked its setting of 1960s Oklahoma. Perhaps surprising to some, h…

Lancaster filmmaker honors Cloris Leachman, who acted in role as his grandmother: 'Cloris channeled her'