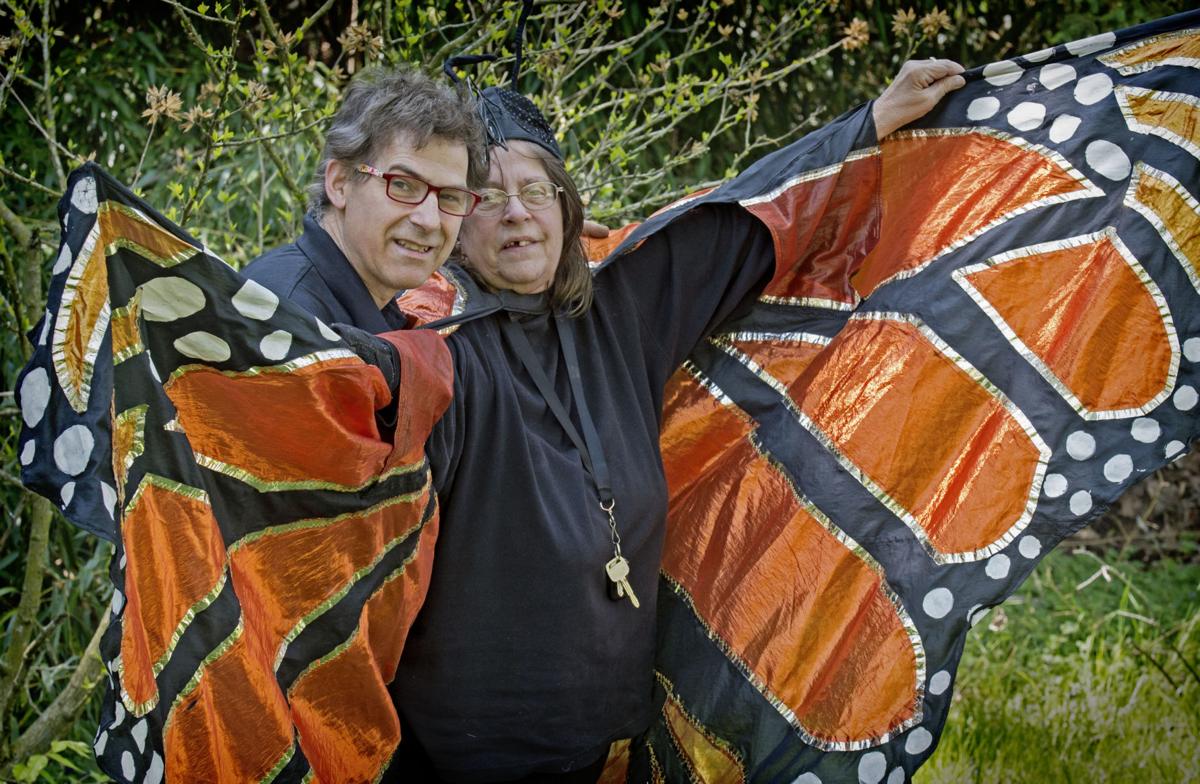 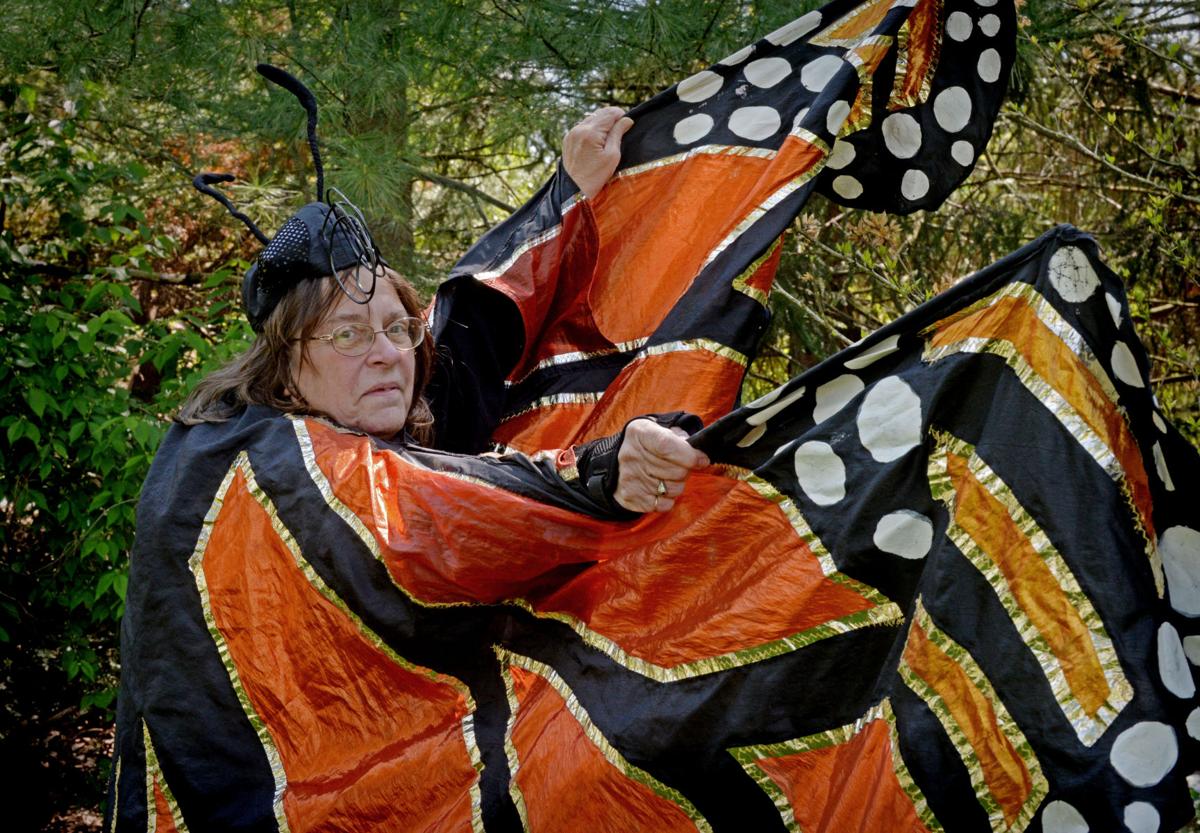 Lindy Malin poses in her monarch butterfly costume outside her East Lampeter Township Home Thursday, May 7, 2020. 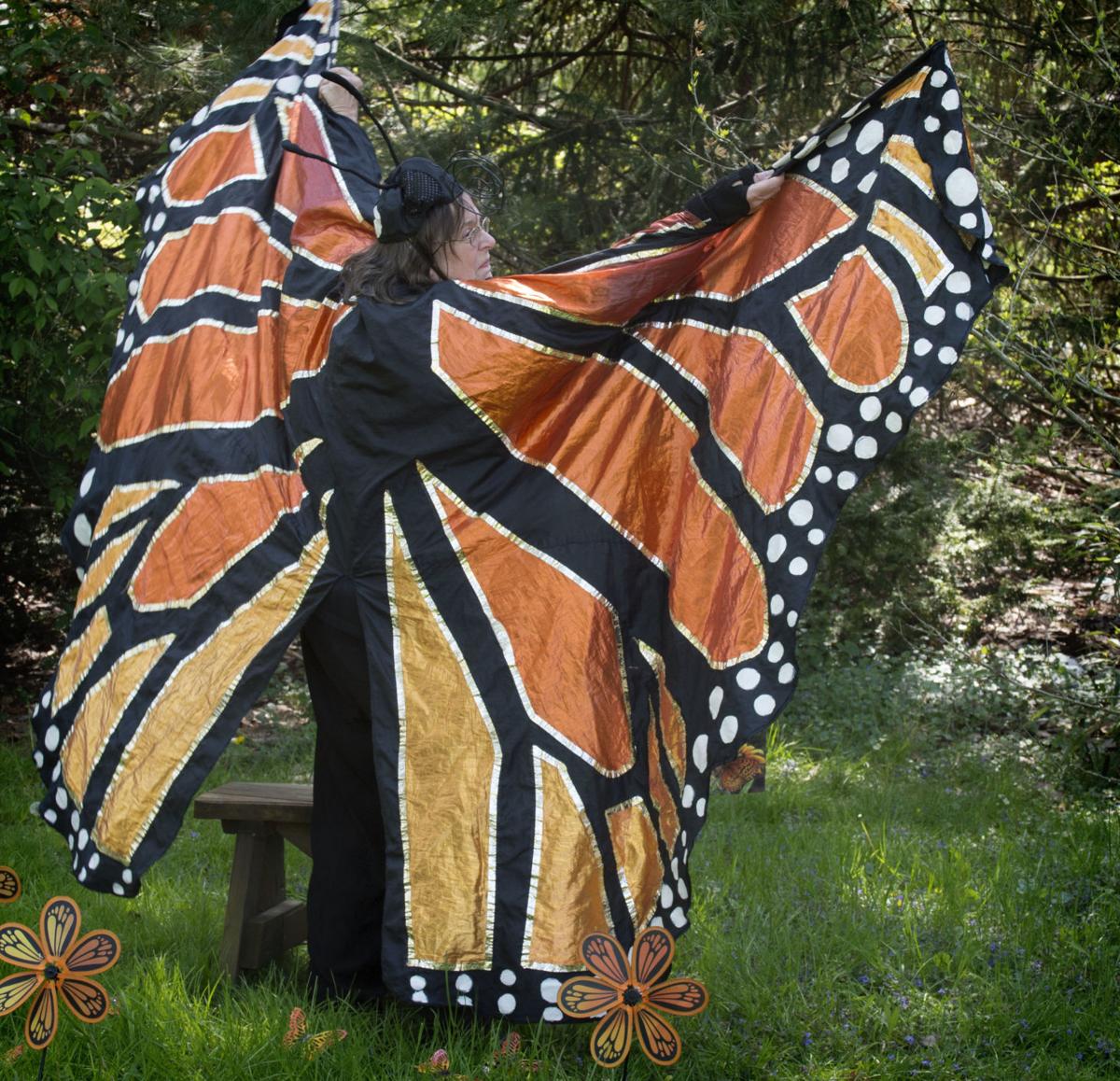 Lindy Malin shows the back of her monarch butterfly costume outside her East Lampeter Township Home Thursday, May 7, 2020. 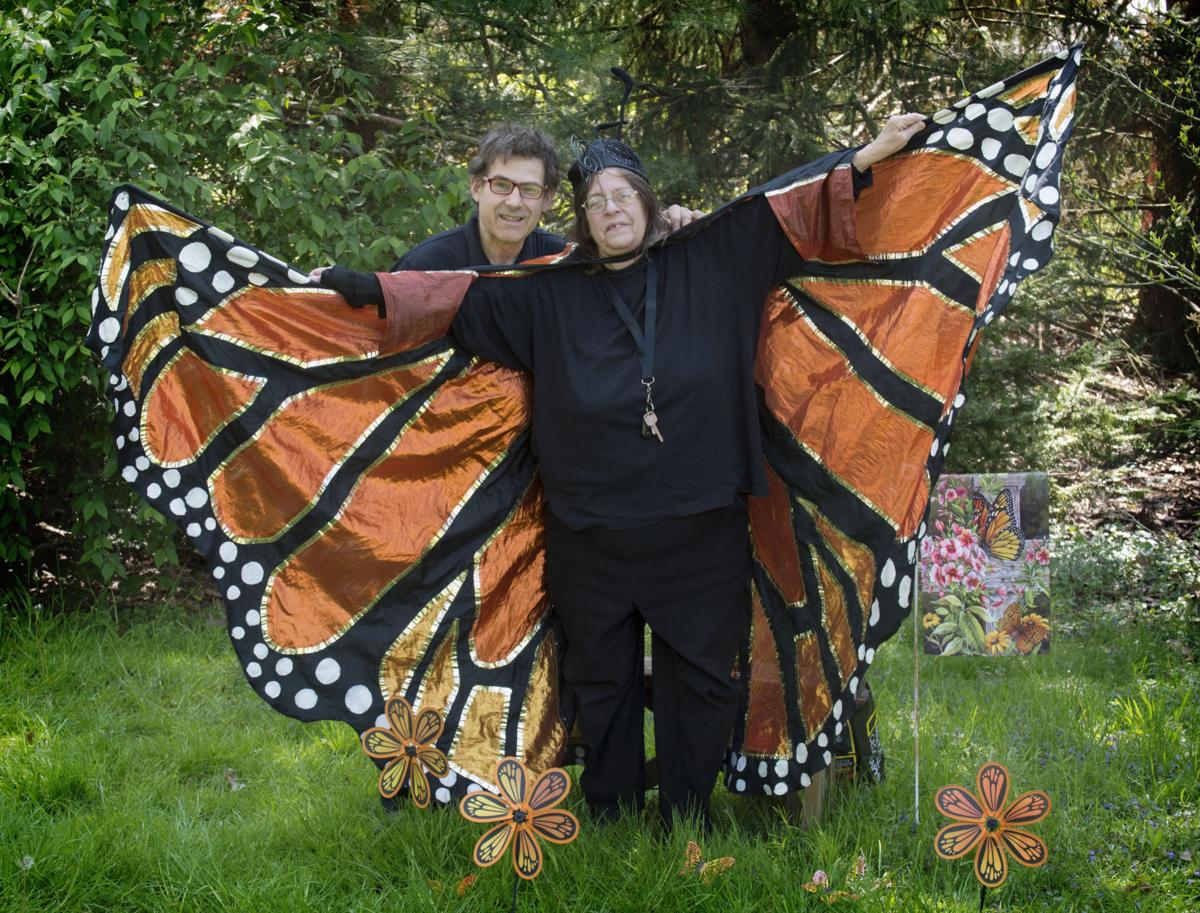 Lindy Malin poses in her monarch butterfly costume outside her East Lampeter Township Home Thursday, May 7, 2020.

Lindy Malin shows the back of her monarch butterfly costume outside her East Lampeter Township Home Thursday, May 7, 2020.

Butterflies have always been a symbol of spring and the inevitable cycles of change that occur in nature. This spring, however, the symbol of the butterfly feels especially relevant as we are all staying at home, chrysalis-like, waiting to emerge into a world that’s sure to be transformed in some ways.

“With every unfamiliar situation, there’s an opportunity for transformation,” says Lindy Malin, of Greenfield. “When life changes, you have to change yourself to be stronger. So just when the caterpillar thought life was over, it became a butterfly.”

Lindy and Philip Malin have been rescuing and raising monarch butterflies and educating people about them for more than 20 years. In that time, they have shepherded more than 30,000 monarchs through the various stages in the creature’s life cycle from caterpillar to chrysalis to butterfly. They also rescue and plant milkweed, the native plant that monarchs need to lay their eggs and feed on in the early stages of their lives.

Eat your lawn: 6 edible plants in your backyard [recipes]

The Malins, now married 38 years, began an educational-based presentation company called Creative Consultants that goes into schools and retirement homes to teach about various subject and their first course was on monarchs. They also wrote a book called “Monarch Flutterbys.”

“It’s exciting to see how each of these projects have transformed us,” Lindy says.

As far as the animal kingdom goes, it’s hard to think of a creature that undergoes a more drastic transformation than the monarch butterfly. Only six cells remain from egg to butterfly. When the caterpillar goes into the chrysalis, it dissolves and basically experiences a kind of death.

“You know you’re having a really hard day when you dissolve,” Lindy says.

The change is truly extreme.

“We like to tell kids, imagine if you took your bike and you put it in the garage,” Philip says. “Then 10 days later you opened the garage and instead of a bike there was a Sikorsky helicopter or a space shuttle. That is the extreme difference between a caterpillar and a monarch butterfly.”

Or, for more comic book inclined children, Philip describes it as “Superman going into a phone booth.”

“They develop super powers in those 10 days,” Philip says. “They can see better than humans. They can detect magnetic forces using their antennae. They can smell one molecule from a mile away. They can navigate 2,500 miles without knowing how. All this stuff in 10 days it just acquires. It’s amazing.”

The monarch also has been interpreted as a religious symbol.

“Some people relate monarchs to what Christ went through,” Philip says. “The chrysalis represents the tomb he went into and when he emerged, he was a completely new creature. It’s the same when the monarch goes into the chrysalis. The caterpillar dissolves and basically dies — only that little essence of it survives and then when it emerges it has super powers.”

The ancient Mayans interpreted the monarch in spiritual terms as well.

“Down in Mexico where the monarchs winter, the ancient Mayans had this myth that when a person dies their last breath becomes a butterfly,” Philip says.

In the summer months, when temperatures climb into the 80s, the Malins release the butterflies they’ve raised through the spring and the monarchs begin their mammoth journey from Lancaster to a small town on the west coast of Mexico called El Rosario. The monarchs have been making the 3,000 mile journey from the northern parts of the United States and parts of Canada to Mexico for 10 million years, the Malins say.

“Our monarchs get to El Rosario around Halloween, which for them is the Day of the Dead and they have parties in the cemetery and feasts and sing,” Philip says.

Interview: Jack Hubley in the wild

It’s a long journey, but not the longest that a monarch has ever traveled. The Malins once assisted in a collaborative experiment with the University of Kansas and NASA to see how the life cycle of monarch butterflies would react to the zero-gravity environment on the International Space Station during the STS-129 space mission in 2009. As citizen scientists, the Malins work with a few universities including the University of Georgia to learn more about the monarch.

Even though the Malins have witnessed the life cycles of tens of thousands of monarchs, they say they’re still amazed every time. And they continue to be inspired by them. The monarch, they say, is a perfect symbol of spiritual change in the time of COVID-19 as well.

“It’s become such a symbol of transformation and hope,” Philip says. “All of us went through this massive transformation in the last couple of weeks with this virus. In the beginning of the virus, we were in the beginning of the season of Lent. It’s a time of sacrifice and meditation and prayer and service to others. And those three principles are exactly what we experienced in that time. We are at home in our own little chrysalis.”

The organizer of the Lancaster Zine Fest has canceled the live event and is now giving away 500 free zine-making kits.