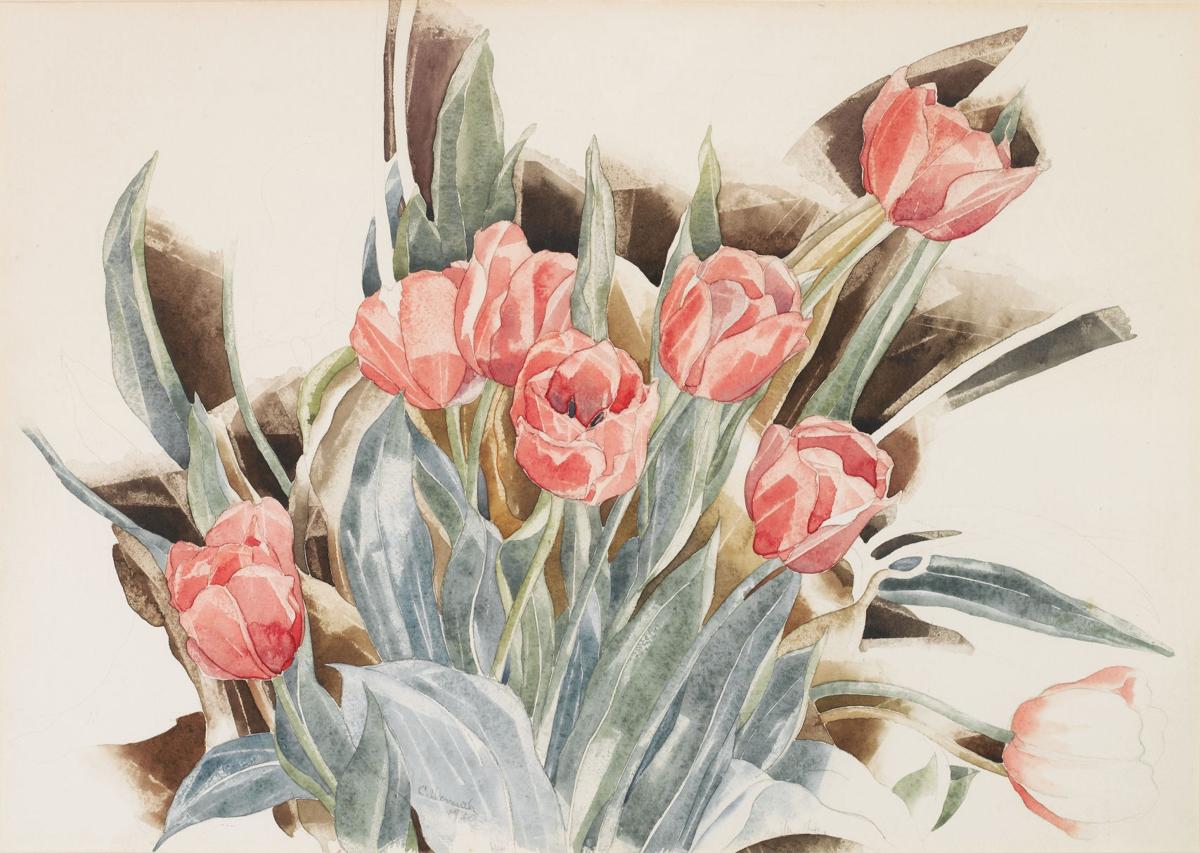 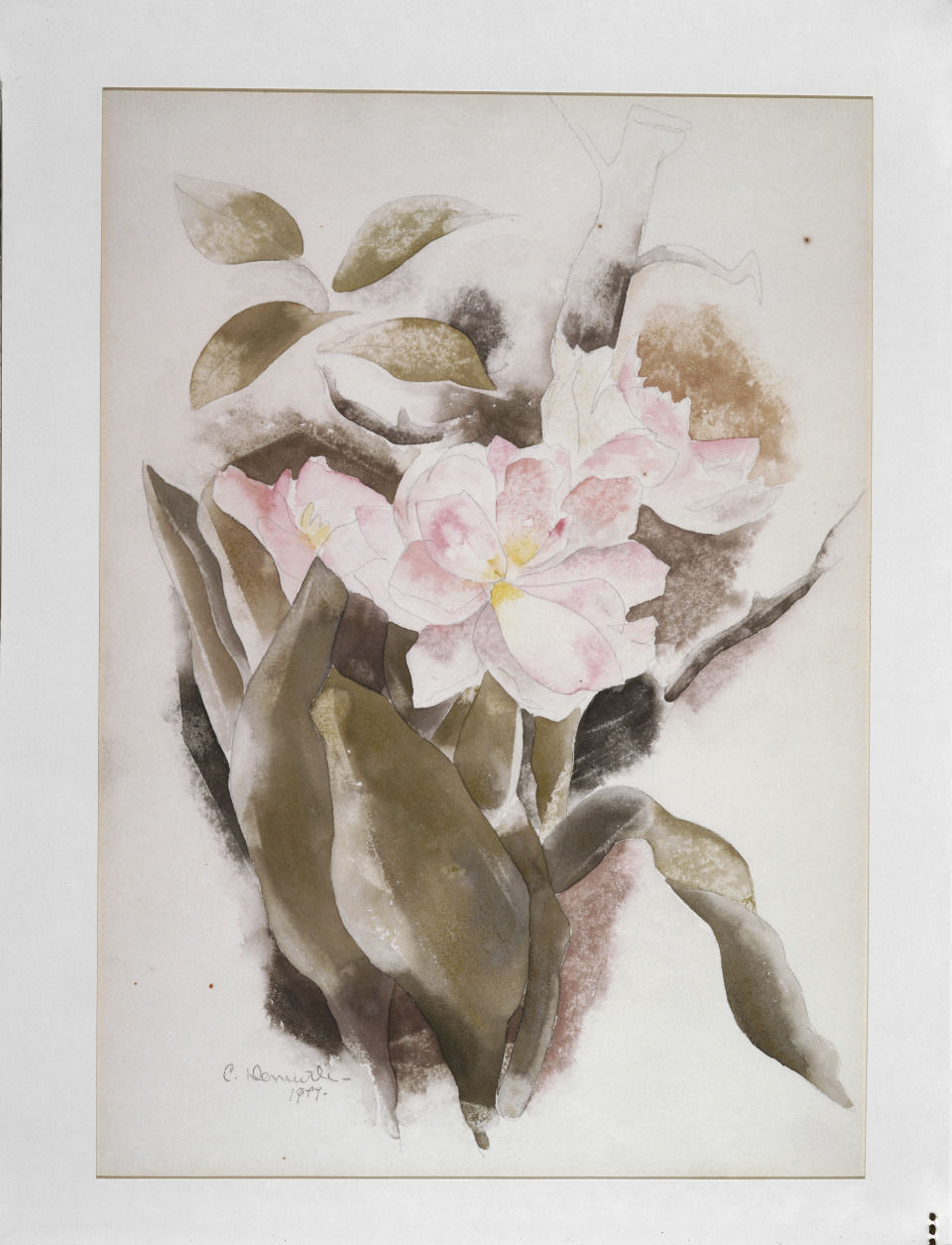 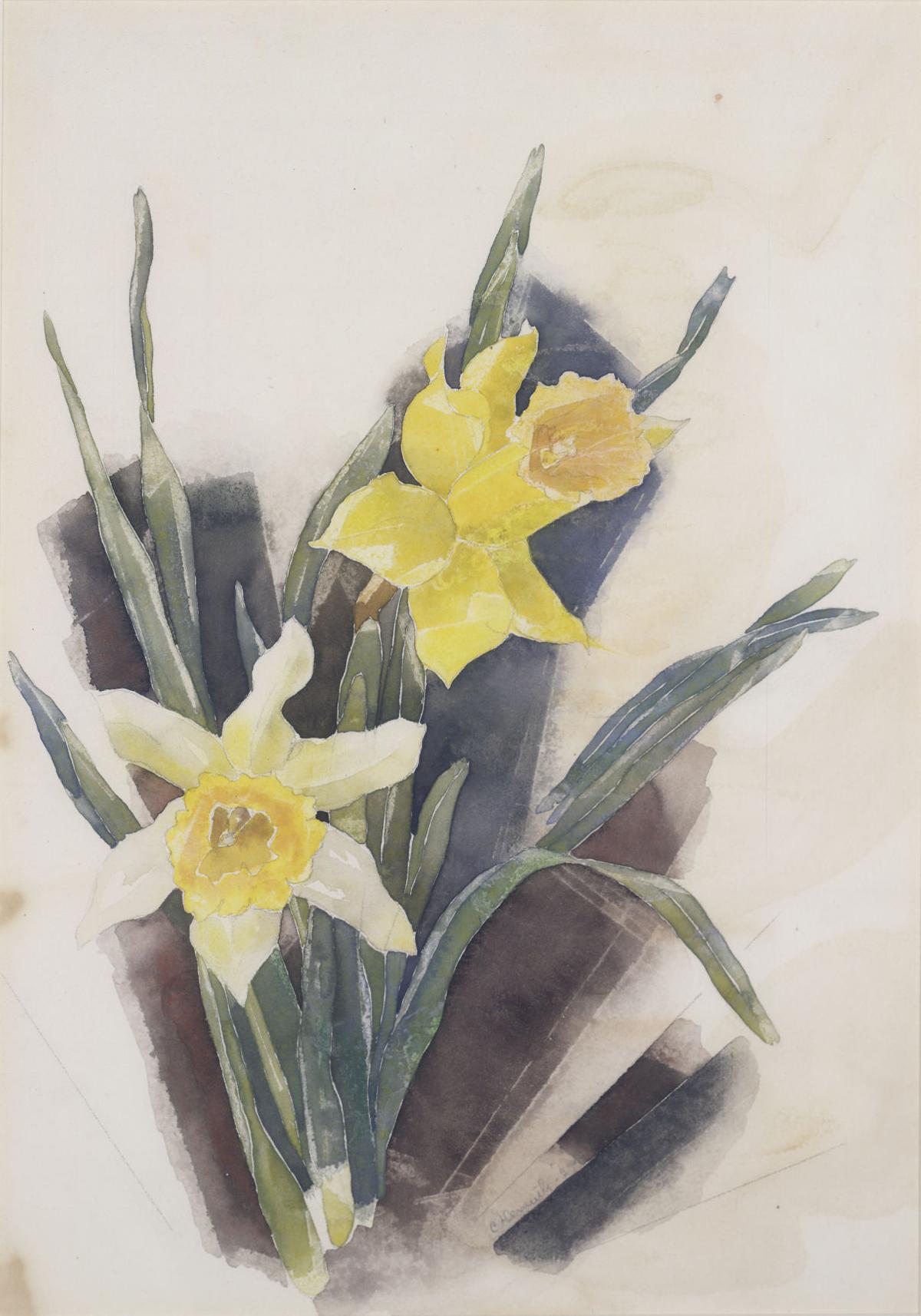 Living in his home on East King Street, which is now the Demuth Museum, the artist had the perfect view of mother Augusta’s garden.

That garden, which in the early 20th century ran all the way to Mifflin Street, was a lifelong inspiration for the artist.

Throughout his 51 years, Demuth always returned to flowers, usually done in watercolor.

The Demuth Museum is now exhibiting “Focus on Flora,” featuring 10 Demuth watercolors; a childhood sketchbook; a painting by his aunt, Louisa Demuth, who inspired her young nephew; and a painting on porcelain.

“We tried to show works from a variety of different periods,” says Abigail Baer, the director of the Demuth Museum and the Lancaster Museum of Art. “The childhood sketchbook has never been displayed before. The peonies he did as a child; I’m guessing he was 9 or 10. There are several from early adulthood, and then some pieces from just before his death.”

While some of his most famous precisionist pieces are in oil, watercolor was his primary medium for flowers.

His work is masterful.

“Search the history of American art, and you will discover few watercolors more beautiful than those of Charles Demuth. Combining exacting botanical observation and loosely Cubist abstraction, his watercolors of flowers, fruit and vegetables have a magical liveliness and an almost shocking sensuousness.”

The works are fragile, so the lighting is dimmed in the museum, Baer notes.

While The Demuth Museum has the largest collection of Demuth works in the world — more than 50 pieces — two of the pieces are on loan.

“Tulips” (1917) is from the Philadelphia Museum of Art, and “Lavender Morning Glories” (no date) is on loan from the Reading Public Museum.

The “Tulips” loan is part of a statewide art sharing initiative. The Demuth Museum is one of eight museums partnering with the Philadelphia Museum of Art to share pieces from the art museum’s massive collection.

It’s part of a grant from Art Bridges and the Terra Foundation of American Art.

“This is phase one,” Baer says. “We are hoping for phase two, with an exhibition in 2020. Works normally in storage can come out into galleries throughout the state.”

“Tulips” is an interesting counterpoint to Demuth’s “Pink Tulips” (1930), which Baer says is “kind of the crown jewel of our collection.”

“Pink Tulips” is bright, and the blooms look hale and hearty.

“The tulips are in a different phase of their life cycle,” Baer says. “The tulips in the Philadelphia collection piece are faded, the petals about to drop.”

To the uninitiated, “Lavender Morning Glories,” from the Reading Public Museum might look unfinished. But Demuth experimented with keeping much of the paper white and not concealing the graphite marks in his work. Often, the flowers floated on the paper.

One of the paintings is from Demuth’s aunt, Louisa, who Baer says encouraged young Charles to paint.

The flowers in this exhibit are all spring flowers — tulips, daffodils and irises. Demuth certainly painted summer flowers, like zinnias; they just are not part of the exhibit.

The exhibit coincides with the Demuth Garden Tour, being held Saturday and Sunday.

“The tour features 12 gardens this year,” Baer says. “The Demuth Museum and the Conestoga House are among the 12, and there are a grouping of gardens in the Lititz and Leola areas, including the Lititz Historical Foundation. And a city pocket garden will be included as well.”

You can begin the tour at the Demuth Museum, where you can see a part of the garden that inspired Demuth, where the peonies and roses are having their day, while the spring flowers from the exhibit have faded until next year.

The museum is hoping to make Demuth’s work more visible.

“We are working to focus one gallery on the first floor featuring works from the collection,” Baer says.

The exhibit space will be permanent, but the work will be rotated.

“We want to tell Demuth’s story.”

Looking for something new and a little bit different to read this summer? Try these 11 titles - all released within the past few years.

For 55 years, the Lancaster Summer Arts Festival has offered a variety of entertaining event…