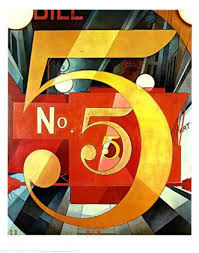 Demuth's "I Saw the Figure Five in Gold" 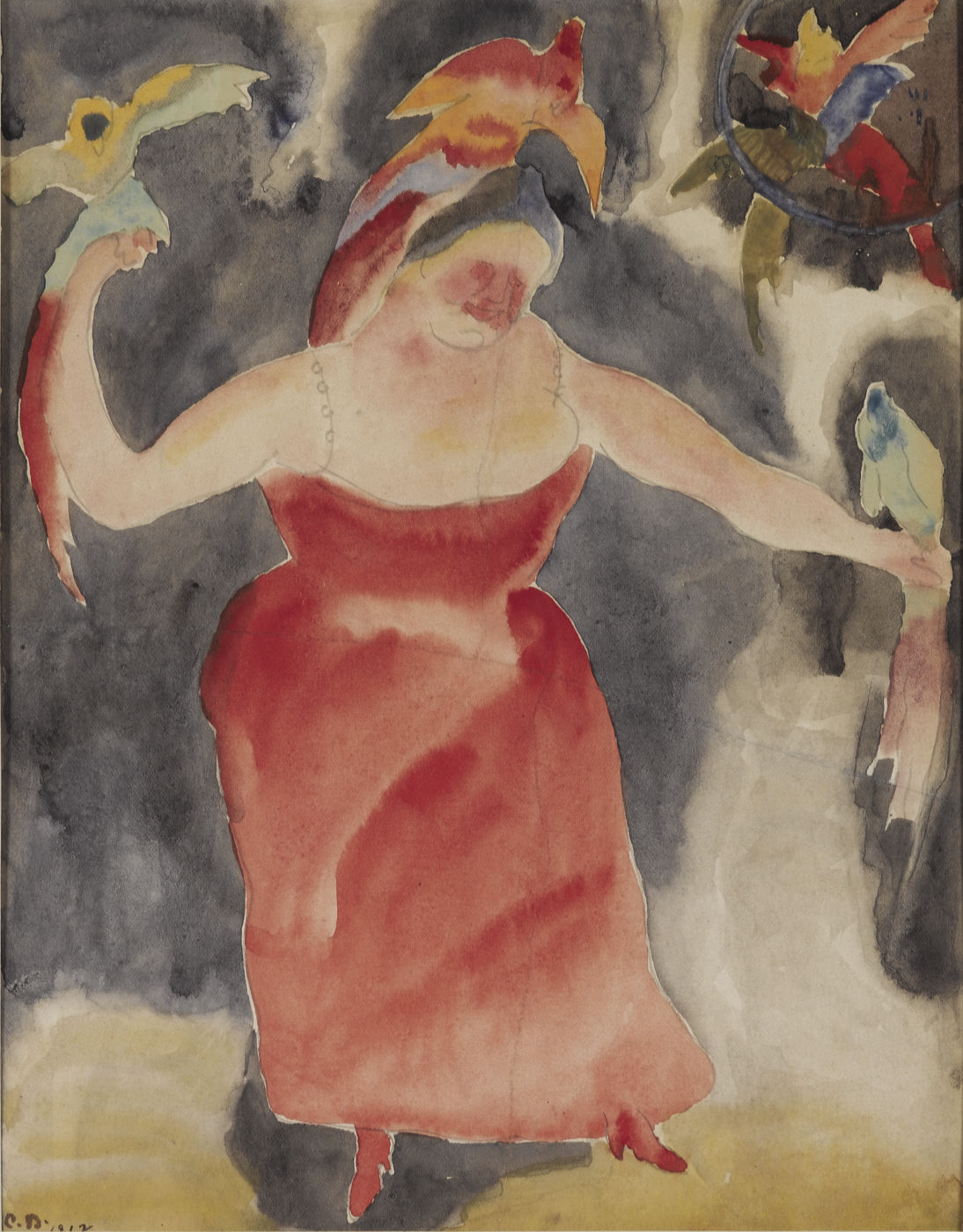 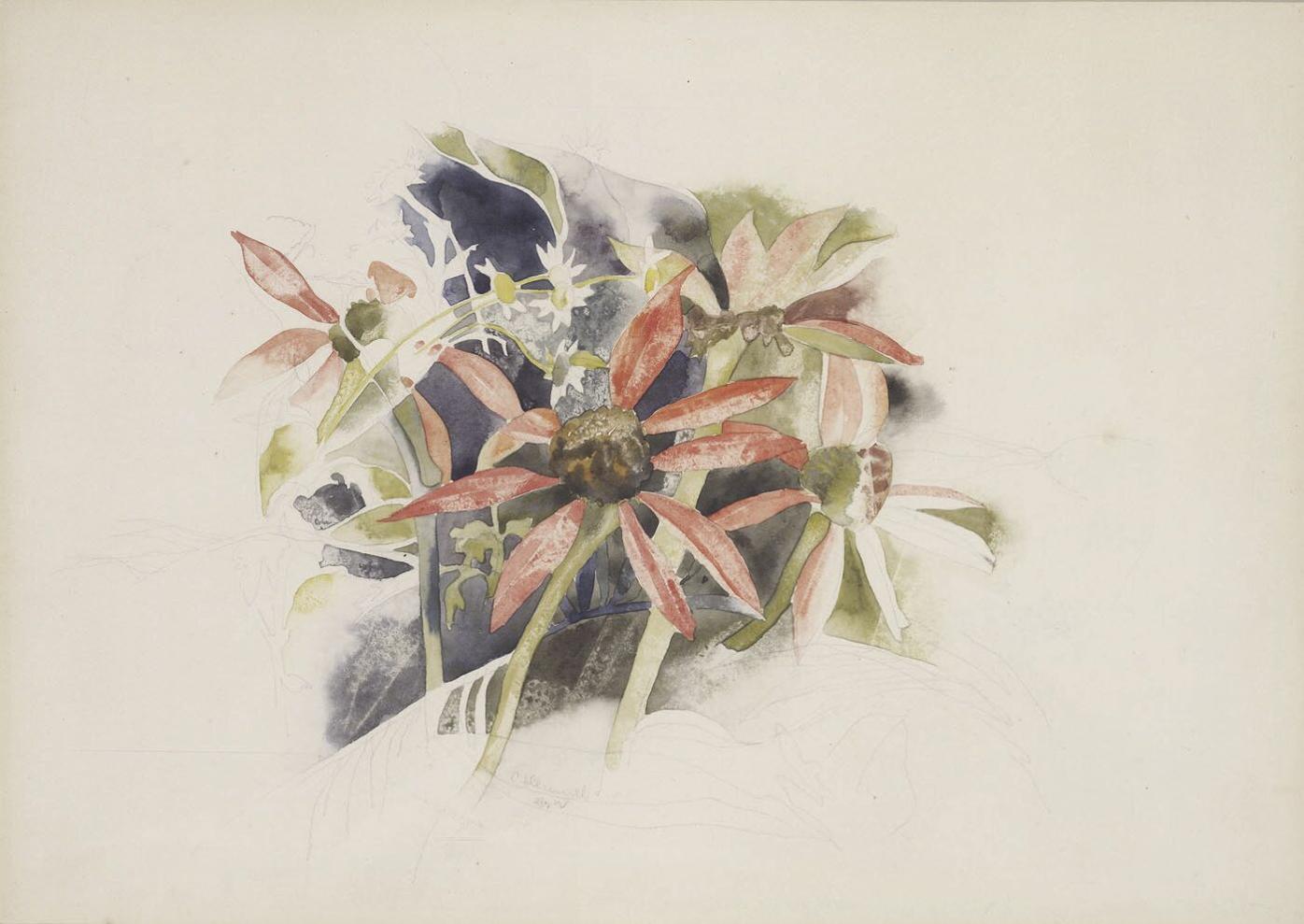 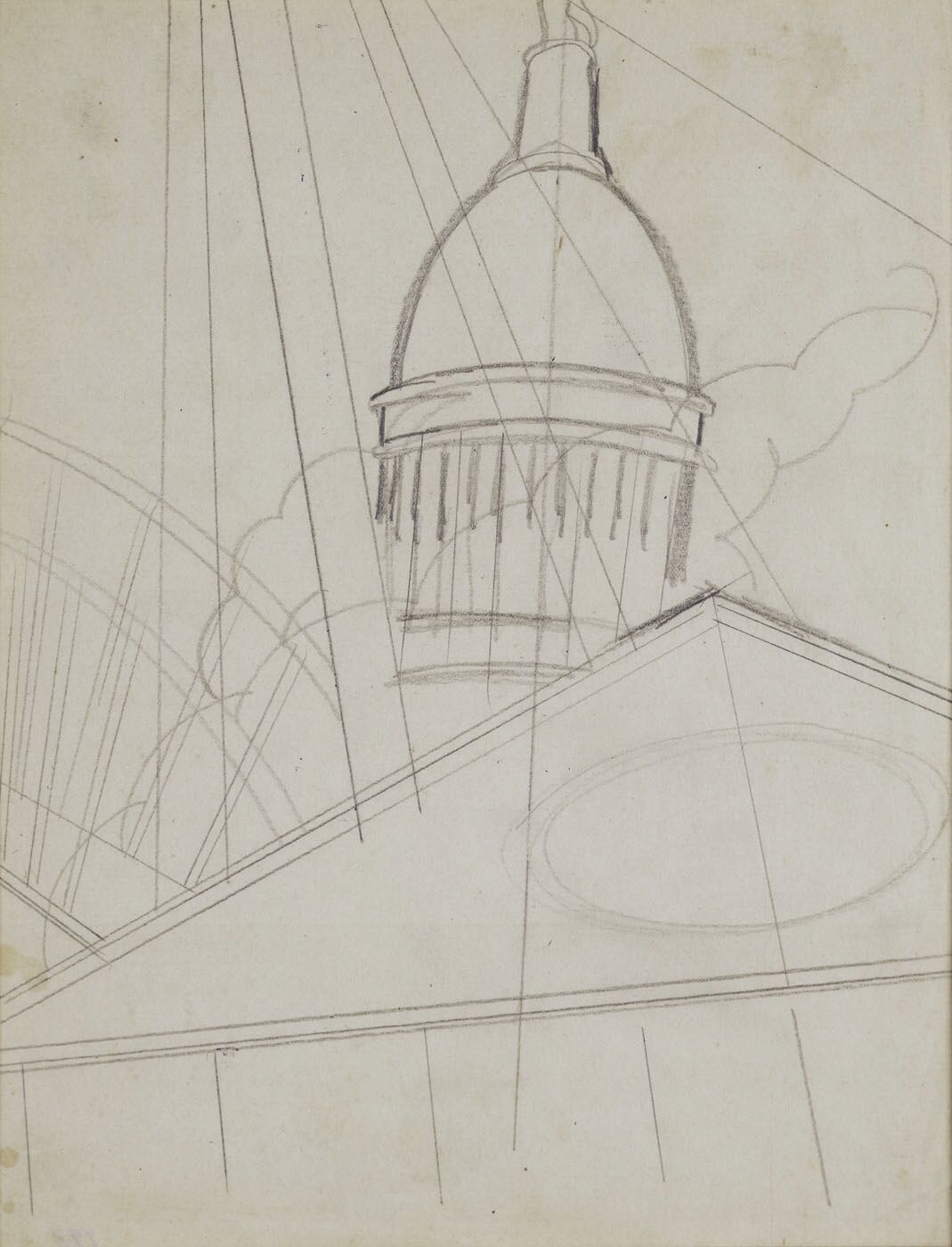 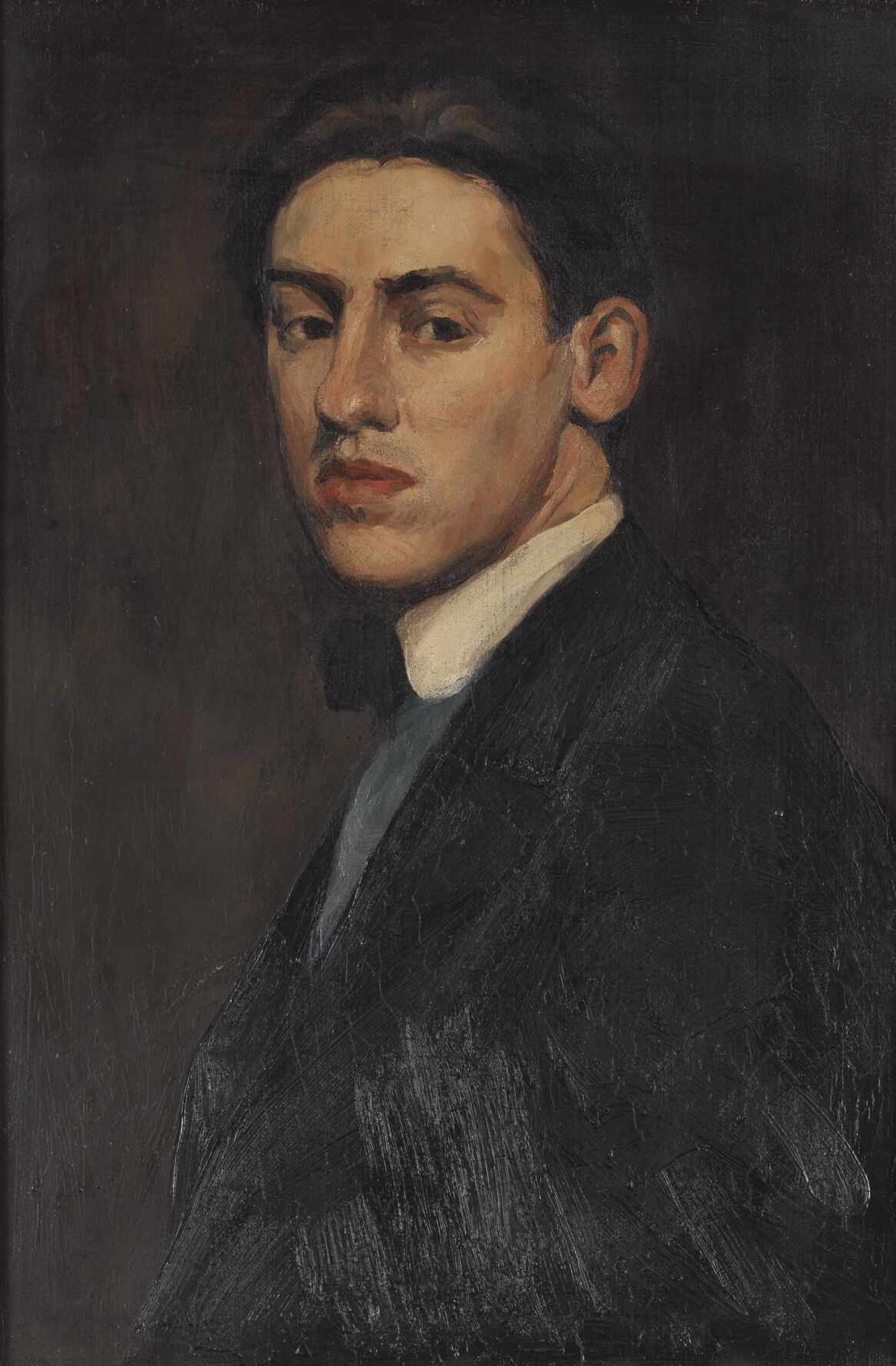 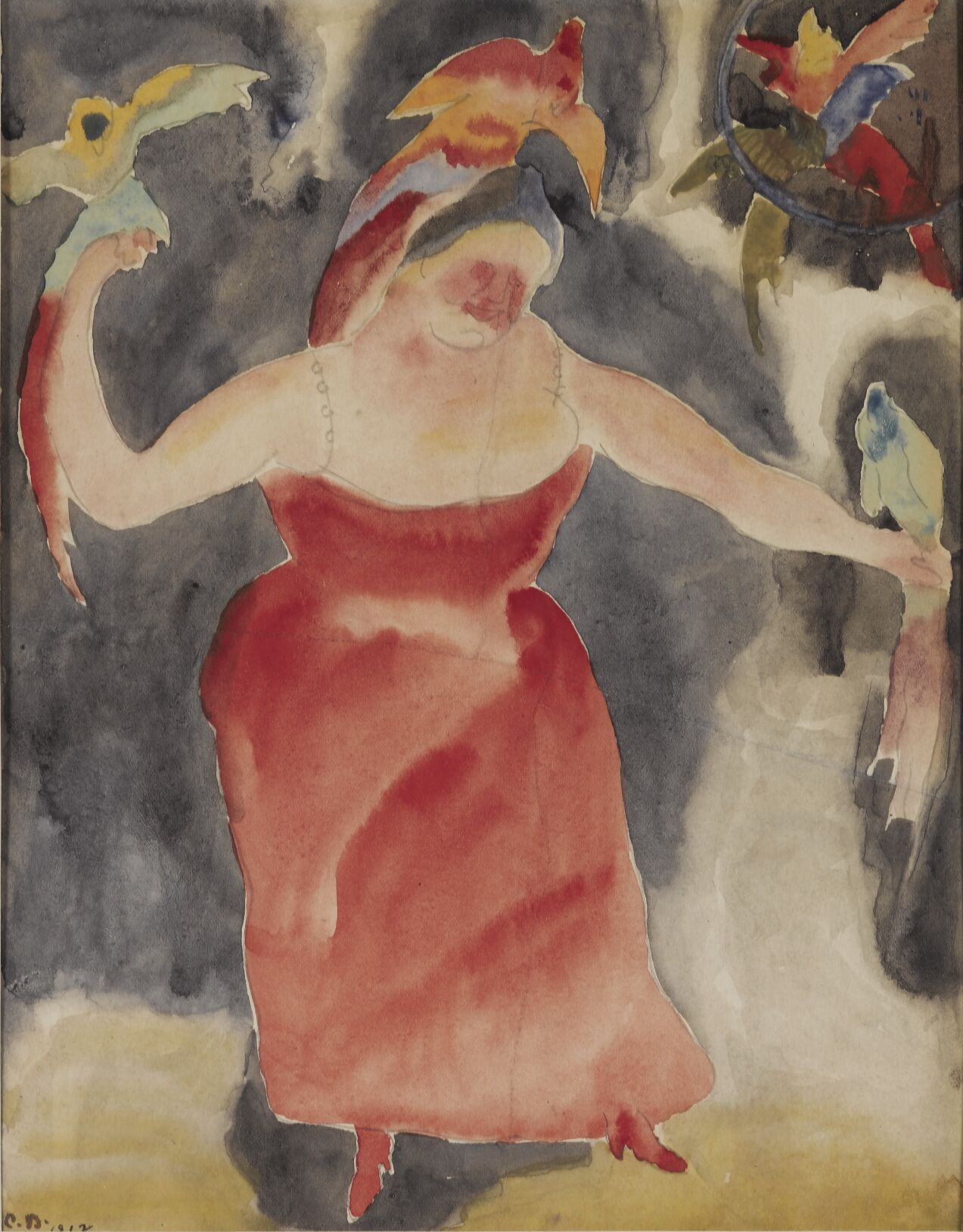 Demuth's "I Saw the Figure Five in Gold"

The artist is known throughout the world for pioneering precisionism, an American version of cubism.

While Demuth spent time in Paris and New York City, he returned home to Lancaster often. It’s here where he painted buildings, some of which still stand today.

Demuth’s influence reached far and can be seen in pop art made decades after his death.

Abby Baer, executive director of Lancaster’s Demuth Foundation, shares more about a few of Demuth’s art and why they matter.

This painting, his most famous, has traveled the world as an example of American modern art masterpieces and now hangs in the Metropolitan Museum of Art. An abstract portrait focusing on Demuth’s friend, poet William Carlos Williams, the painting is filled with images from Williams’ poem about a racing fire truck.

“I Saw the Figure 5 in Gold” has been described as a bolt of energy and a marvel of precision.

The work is so iconic that artists have turned it into an animation for “Sesame Street” and a postage stamp.

51: Demuth’s age when he died of complications from diabetes. To treat his disease, he followed a near-starvation diet and was one of the first people to receive insulin, courtesy of modern art patron Albert Barnes.

Demuth lived with his mother, Augusta, who had a backyard garden filled with flowers. Florals were a recurring theme through his career.

“It looks almost unfinished. You can still see some pencil lines and areas that he did not fill with his watercolor. That’s really typical of a lot of his works,” Baer says. “From a distance, it looks like this soft, beautiful, floral piece, but when you really start to study it, you can kind of see some of his precisionist style coming into play with planes and geometric lines going throughout the work. Even his florals are not left from his precisionism.”

57: Number of original Demuth works of art in the Demuth Museum’s permanent collection, the most in the world. The art ranges from small sketches to a room-size mural, with a concentration on watercolors and works on paper. The museum is digitizing the collection.

This sketch is a study for an oil painting called “Welcome to Our City,” now part of the collection of the Terra Foundation in Chicago. The finished piece has partially concealed letters, painted starkly like the commercial graphics that would go on to influence pop art. The work is nonsensical enough to show Demuth’s connection to the avant-garde Dada movement.

In Lancaster, Demuth was far from artistic circles in New York and Paris, but he still found material that had history, like the courthouse, and made it modern.

You can also find the spot where he sketched.

“If you go back into our garden and take a few steps out into the parking lot, you can see this view and where he was sitting when he put this together,” Baer says.

700+: Number of items in the museum’s archives including hats, canes, letters and photographs of Charles Demuth, his family and their tobacco business. This also includes a collection of antique firefighting equipment collected by Demuth’s father, Ferdinand.

Demuth painted this self-portrait in 1907 when he was studying at Pennsylvania Academy of the Fine Arts. It is one of the few pieces that was ever publicly exhibited in Lancaster during his lifetime.

While his work was shown in places like the Whitney Museum of American Art and Alfred Stieglitz’s galleries, Demuth’s work rarely was on display in Lancaster.

The Morning News of Lancaster in 1912 reports this oil painting was one of hundreds shown in a portrait exhibit at the Woolworth Building.

“Lancaster might not have been ready for modern art quite yet,” Baer says.

1,000+: Number of works of art Demuth made during his life. Many pieces were rescued from the trash by friends and family.

While Demuth painted with oil and tempera, he specialized in watercolors.

“Search the history of American art, and you will discover few watercolors more beautiful than those of Charles Demuth,” wrote a reviewer in the New York Times for a 2008 exhibit.

In Lancaster, Demuth would go to vaudeville shows at the Fulton Opera House and theaters on North Queen Street. He’d go home to paint and draw what he saw on stage, like this woman who performed with parrots.

The Demuth Museum and his legacy

The Demuth Museum is open Tuesday, Thursday, Friday and Saturday, 10 a.m. to 4 p.m. Reservations are requested to limit capacity and can be made at Demuth.org or calling 717-299-9940. Virtual exhibits are also online.

Demuth is buried in Lancaster Cemetery. Pennies are left on his grave, and occasionally someone leaves a cake and candle there on his birthday.

How do you say it?

The prevailing theory is that the artist preferred the out-of-town way. His nicknames Dee and Deem emphasized the first syllable of his name and once he signed D-E-muth.

“Whenever I leave Lancaster, I have to put on a different hat and say Dee-mith, not de-Mooth, because when you say de-Mooth, they kind of look at you funny and wonder if you’re talking about the same person,” Baer says.

Victorian lockets, Scottish agate from the 1800s, and Incan silver jewelry: it's all included in a collection soon to be on display at Brent. …

Painting through a pandemic: Lancaster Township woman learns new way to give back, one birdhouse at a time

For about an hour every day, Kate Manners sits in front of a window looking out her Lancaster Township home and paints.