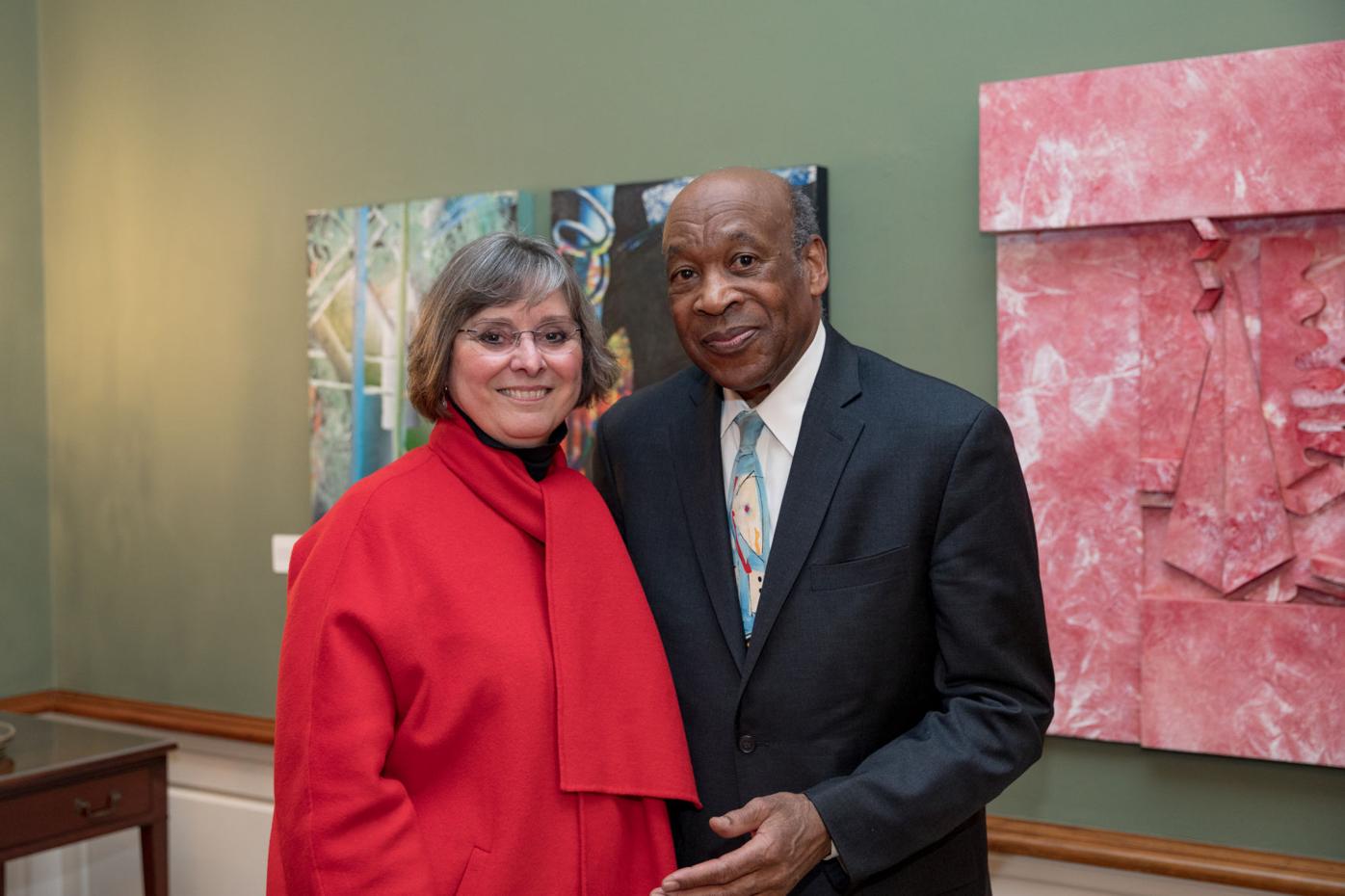 First Lady Frances Wolf and Bill Hutson at the Pennsylvania Governor's Residence for the opening of "Bill Hutson: Selections from the Phillips Art Museum of Art at Franklin & Marshall College” 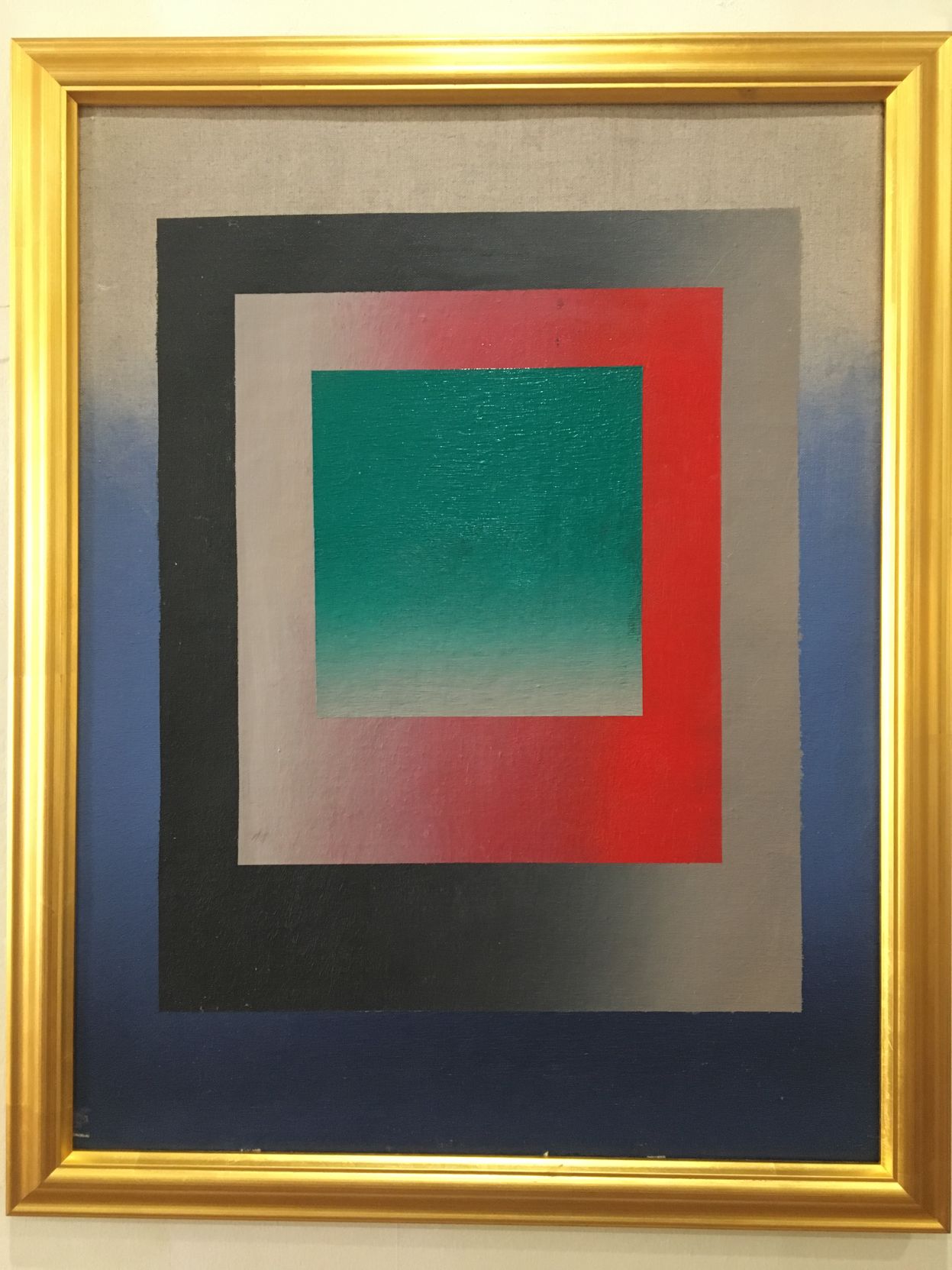 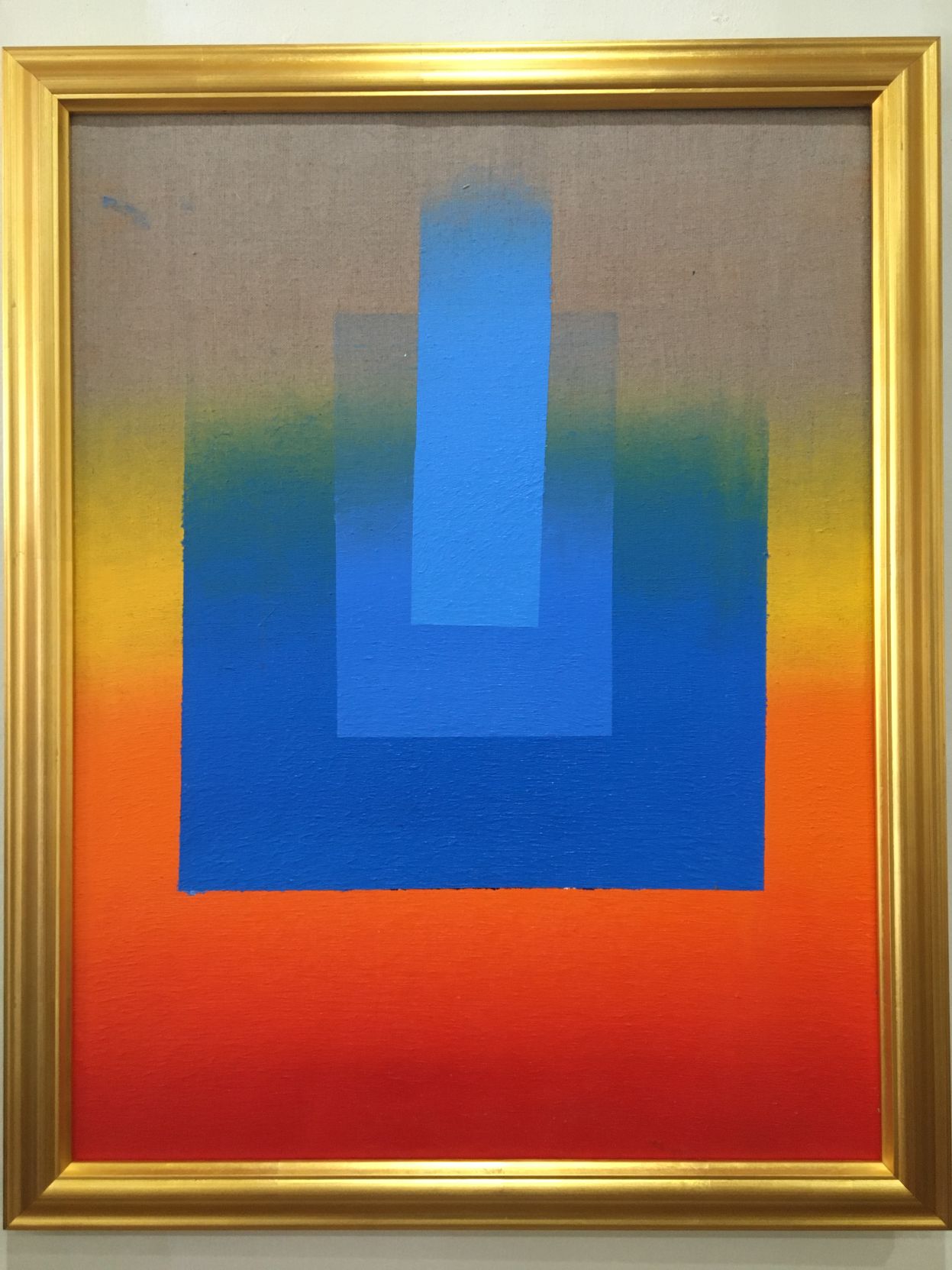 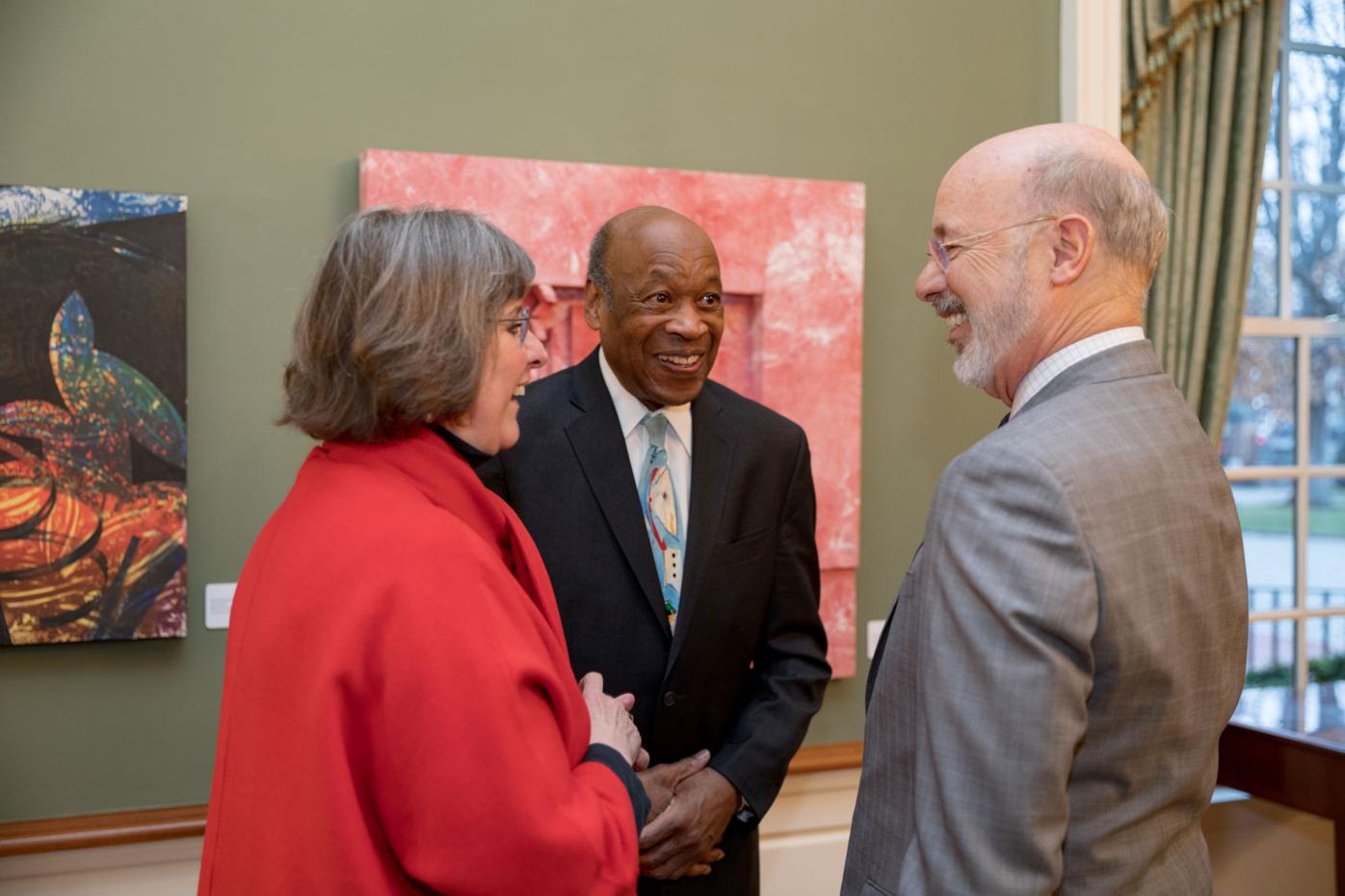 Gov. Wolf and First Lady Frances Wolf with F&M artist-in-residence, Bill Huston at the opening of his exhibit at the Pennsylvania Governor's Residence.

“We’re absolutely honored and grateful to the First Lady and the Governor for the opportunity to share this with a much larger audience,” says Amy Moorefield, Museum Director of the Phillips Art Museum. “The partnership came from a conversation I had with the First Lady Frances Wolf about a year and a half ago about an opportunity to share more of our collection – which is extensive, over 10,000 objects now – with the state of Pennsylvania. So this exhibit is the first of two that we’ll have on view from the Phillips. She selected Bill Hutson for it because he was her teacher.”

Hutson, born in San Marco, Texas, in 1936, never imaged his art would one day grace the walls of the Pennsylvania Governor’s Residence.

“In the town I was from, if there was a museum we could not have gone to it, except to clean," says Hutson, a professor emeritus and artist-in-residence at F&M.

Hutson says he never planned on becoming an artist.

After serving in the Air Force, Hutson briefly studied at colleges in New Mexico and California before dropping out to focus entirely on creating art. He rented a room in the North Beach neighborhood of San Francisco – an area rich with ties to the Beat Generation of artists and writers such as Jack Kerouac, Allen Ginsberg and Lawrence Ferlinghetti. Hutson says he would occasionally run into those writers and others like Henry Miller at Nepenthe’s Bar in Big Sur.

“I’m a block away from the City Lights Bookstore and Lawrence Ferlinghetti and everyone was very kind to me,” says Hutson. “I began to meet people there. I’d go up to the San Francisco Institute of Art and sit in on some session there. There was Frank Lobdell and Richard Diebenkorn and all these widely-known artists were there. I came there right at that time in what I would call a Post-Beat Generation atmosphere, because by the time I came to San Francisco in 1960-61, the Beat Generation had turned into a brand.”

Hutson left San Francisco as the civil rights movement began to develop and headed east – and then even further east.

“I thought I better get the hell out of here if I want to paint, because I’m going to end up painting what someone else wants me to paint and I’m not equipped to do that,” says Hutson. “I don’t want to stumble around through a socio-political approach to this as opposed to an aesthetic approach to it. So I went to Europe.”

First, Hutson and a friend stopped in New York.

“We went first to New York and took one look at that and said how can people live in a place where there’s no front and back yard,” says Hutson. “So we kept going until we got to Paris and I began to meet, again, very distinguished people. Roberto Matta, Max Ernst, Georges Visat – a lot of people who guided me through Paris. I just opened the door and found myself in rooms that I never could have dreamed of being in.”

Eventually Hutson returned to the States and found himself at F&M where he taught from 1989 to 1999 and remains an artist-residence there, occasionally curating exhibitions of his own work or work from artists he admires.

“In terms of being a painter and an object maker, it’s very interesting how (Hutson) melds the two between painting and sculpture,” says Moorefield. "Some of the works are paintings that have movable components on them.”

In 2010, Hutson donated his life’s work of abstract paintings and sculpture to the Phillips Museum and his archives to the college’s library. Hutson still creates art despite dealing with advanced glaucoma. He paints, he says, what he knows, rather than what he sees.

“I’m one of the very few people to have been hired by Franklin & Marshall College on a tenure track with no academic background,” says Hutson. “I don’t have a degree of any kind. I graduated from high school and the high school is probably a parking lot now."

Hutson, who has exhibited his abstract works across the globe, says this exhibit is particularly special since the First Lady was one of his former students at F&M.

“Years ago (Wolf) walked into my studio and said that she wanted to take a painting course from me,” says Hutson. “She is really an outstanding artist. I remember asking her ‘Why are you even bothering to come to school? Just go to a gallery, you’re there already.’ But she wanted to go through the process and she did very well.”

Hutson says he enjoyed seeing Wolf’s work in galleries in Philadelphia and was pleased to see that she was continuing with her work.

“Then I began to notice this woman is married to a senior politician in this state,” says Hutson. “He wasn’t the governor at that time.”

Wolf returned the favor by including an exhibit of her former instructor’s work at the Governor’s Residence. Hutson was humbled by the fact that so many of his friends and colleagues came out to the exhibition’s opening.

“I’m 83 years old and I’ve had really a lot of exhibitions here in the states and all over the world and this is one of the most inspiring,” says Hutson. “It really did move me very much to see my colleagues from New York and Philadelphia and all over the place there the other night. It was just one of the most beautiful things that happened in my history of having exhibitions.”

WHAT: Bill Hutson: Selections from the Phillips Museum of Art at Franklin & Marshall College

MORE INFO: Reservations are required and can be made by calling the tour line at 717-772-9130 or residence.pa.gov/Tours