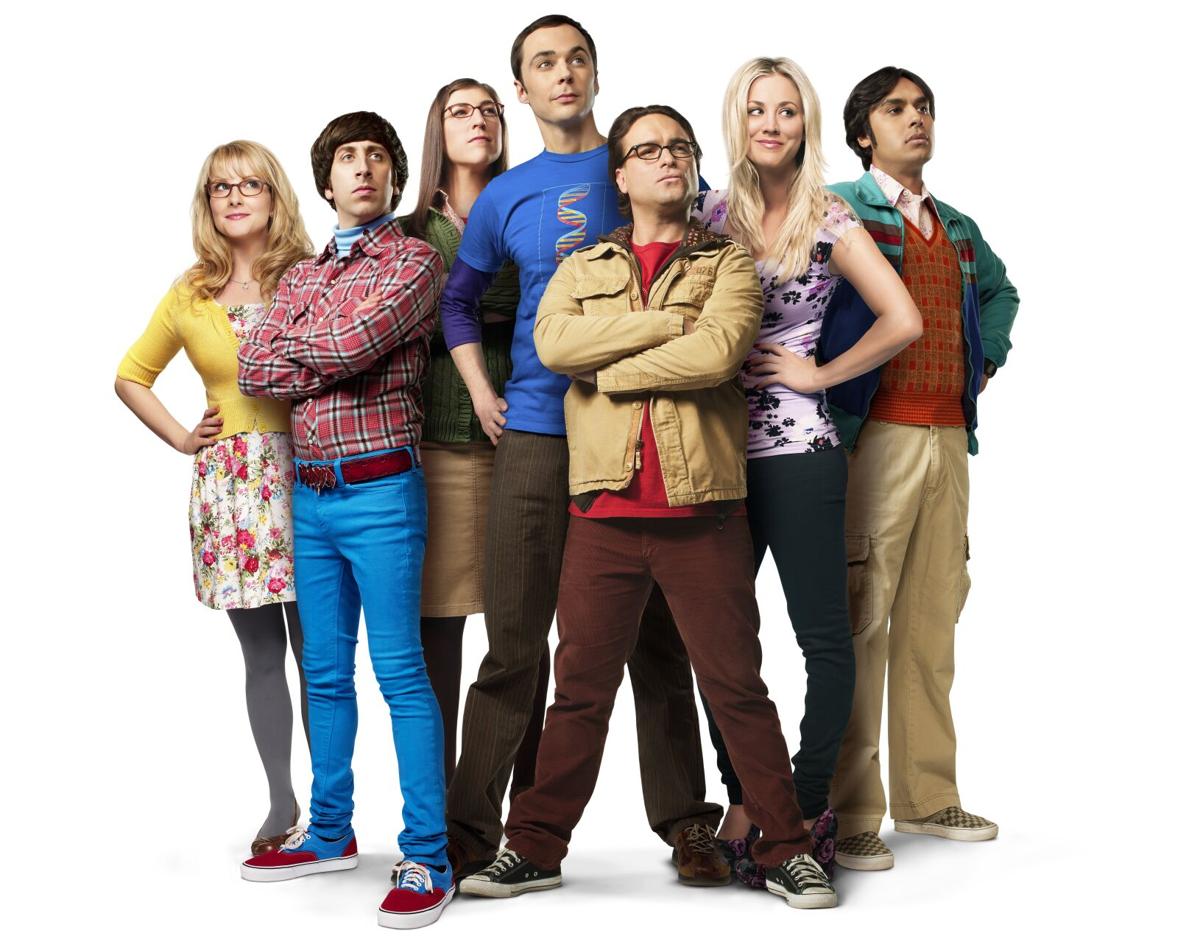 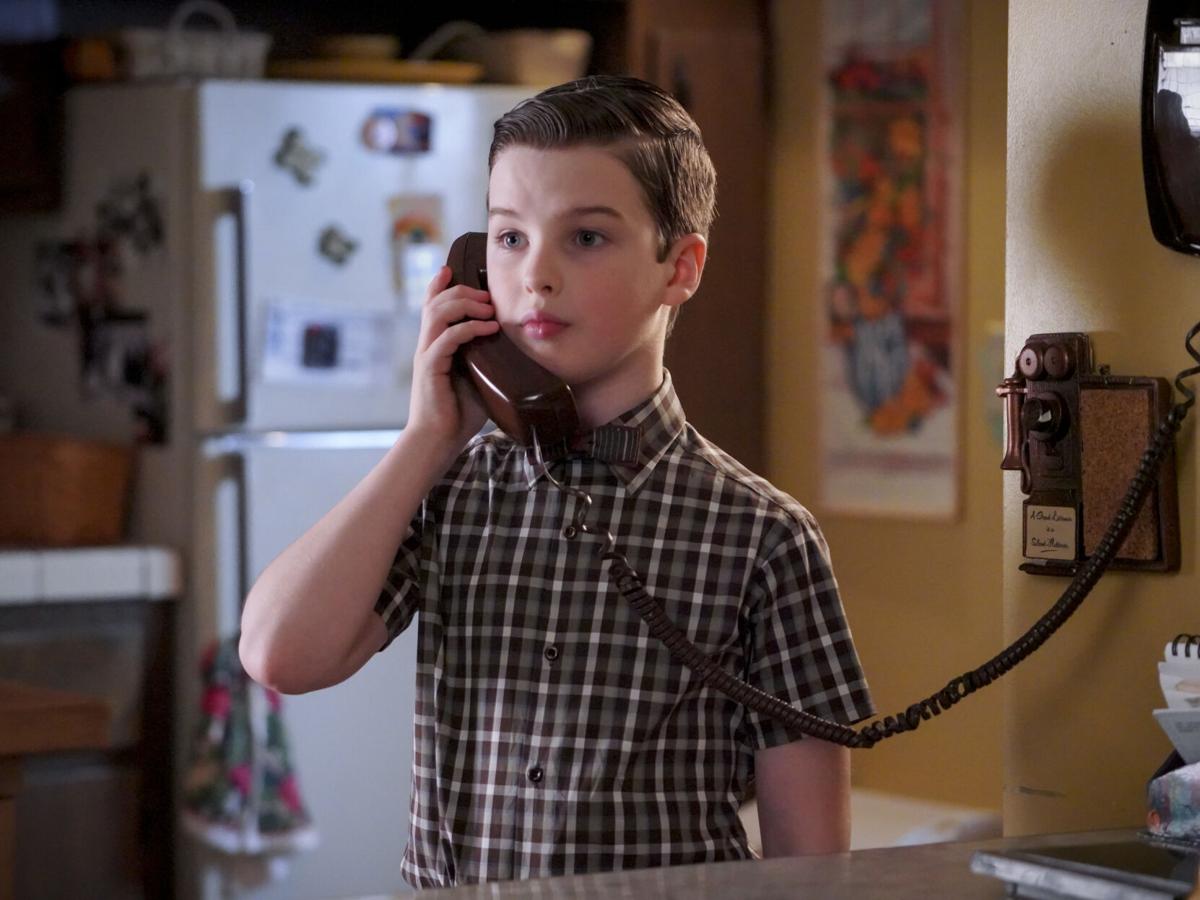 Iain Armitage stars as boy genius Sheldon Cooper in "Young Sheldon," which serves as a prequel to "The Big Bang Theory," on CBS.

I’ve managed to make some new friends while I’ve been quarantining alone during this pandemic.

I met them on my television.

Back in those first spring weeks of the pandemic shutdown, I was consuming some pretty dark and depressing entertainment — matching my mood, terror for terror, as I hoped against hope my colleagues and I could be back together in the newsroom by early summer.

But when the reality of extended work-from-home quarantine became clear, I realized I had to lighten up my entertainment diet.

My nephew had suggested to me for years that I might get a kick out of CBS’ popular sitcom “The Big Bang Theory,” which had its series finale last year.

I had resisted for 12 seasons, having watched it briefly and having been put off by the hooting and hollering of the show’s live audience every time theoretical physicist Sheldon Cooper, played by Jim Parsons, said something outrageous to his quirky circle of scientists, friends and assorted lovable geeks. Which he does pretty much constantly.

I decided to give the “Big Bang” gang another try, watching episodes, out of order, in syndication on TBS. I wound up falling, hard, for the show’s smart writing and wonderful acting as a go-to source of belly laughs when the realities of COVID-19 have become too stark.

Why reading can be a form of self-care [column]

Before long, it was nearly all I wanted to watch. It’s as if I had moved into Pasadena, California, apartment 4A with Sheldon and his roommate — and fellow physicist — Leonard Hofstadter (Johnny Galecki).

I’ve enjoyed the high-minded chats, filled with physics and fascinating factoids, shared over Chinese food among Sheldon, Leonard and their Caltech pals Raj and Howard.

Because I’ve never studied physics, I identify with Penny (Kaley Cuoco), the waitress and aspiring actress who lives across the hall and becomes an integral part of Sheldon’s tribe (and Leonard’s heart) despite not knowing a quark from a neutrino.

Because I have the benefit of being able to skip around the whole series, I’ve have the ability to appreciate, in just the few short months I’ve been watching, how the characters have evolved over the course of 12 seasons.

The later seasons are my favorites, with Penny and Leonard in love, Sheldon pair-bonded with neurobiologist Amy Farrah Fowler — played by actor and real-life Ph.D. in neuroscience Mayim Bialik — and Howard’s impulse-control issues controlled by his love for microbiologist Bernadette.

Adding the women to the show softened the edges of the male characters, who can be pretty mean to each other as they compete for intellectual superiority. But, thankfully, it doesn’t temper their charming obsession with comic books, superheroes, gaming, “Star Trek” and “Star Wars.”

While I’m not much of a member of these fan communities, I’ve come to appreciate them while doing preview articles for the annual Zenkaikon convention — my favorite weekend of the year in Lancaster, when the cosplayers come to town.

With Zenkaikon canceled this year because of the pandemic, I’m glad I’ve had my “Big Bang” friends to fill the void.

I love that the series embraces Sheldon just as he is — filled with the challenges that suggest his character may on the autism spectrum, and putting his obsessive-compulsive behaviors fully on display.

If you’ve ever been close to someone who faces these challenges, it’s great to see a character like Sheldon find love, be a star in his field and live a successful, fulfilling life.

A sitcom always shines, I think, in those poignant moments that make viewers tear up — the ones in which Sheldon despairs at not being able to read social cues, or Leonard revels in a crumb of approval from his cold, psychiatrist mother. It’s in the moments when the studio audience stops screaming its approval that “Big Bang” really displays its beating heart.

The show has a science-based theme song by Barenaked Ladies that I consider the best TV theme since the 1970s sitcom “Maude.” What other TV song could get away with the line “the Earth began to cool, the autotrophs began to drool?”

And I learn something new during every “Big Bang” episode. I love the fact that the show celebrates science — both physical and biological — and the people who dedicate their lives to it.

There isn’t nearly enough of that in the world today.

Thank goodness the fun doesn’t have to end; CBS now airs “Young Sheldon,” in which adolescent actor Iain Armitage (with the adult Parsons in voice-over) offers the Texas-set backstory of the eventual “Big Bang” physicist.

“The Big Bang Theory” is a show about loving and challenging members of the family you choose for yourself — your urban tribe.

It’s a show about brilliant, talented people who were bullied outsiders as youngsters but have found acceptance with each other.

And it’s a smart, fun way to have some laughs and release some of the negative energy built up over weeks in isolation.

“Big Bang” has created a mini-universe of pleasure and escapism for me this summer, as a comforting alternative to politics and pandemic news.

Mary Ellen Wright is deputy team leader for life and culture for LNP | LancasterOnline. “Unscripted” is a weekly entertainment column produced by a rotating team of writers.

8 county artists are nominees in this year’s Art of the State; exhibit to go online this year

Antique toolbox: Can you guess what this mystery object was used for?

For the past 37 years, San Juan Bautista Catholic Church has hosted an annual Hispanic festival for the Lancaster community with a wide array …

I am the first step in a long journey from finding an heirloom you no longer need to putting money in your pocket by having sold it online.

There is perhaps no sight as familiar to me as the extravagant, brightly colored carpet that covers every inch of the Regal Cinema on Millersv…

Walk through gates like the covers of a novel, and let the present and the world fall away.

If you’ve exhausted your supply of “The Joy of Painting” or “Unlikely Animal Friends” and need a new show to soothe your soul, look no further.