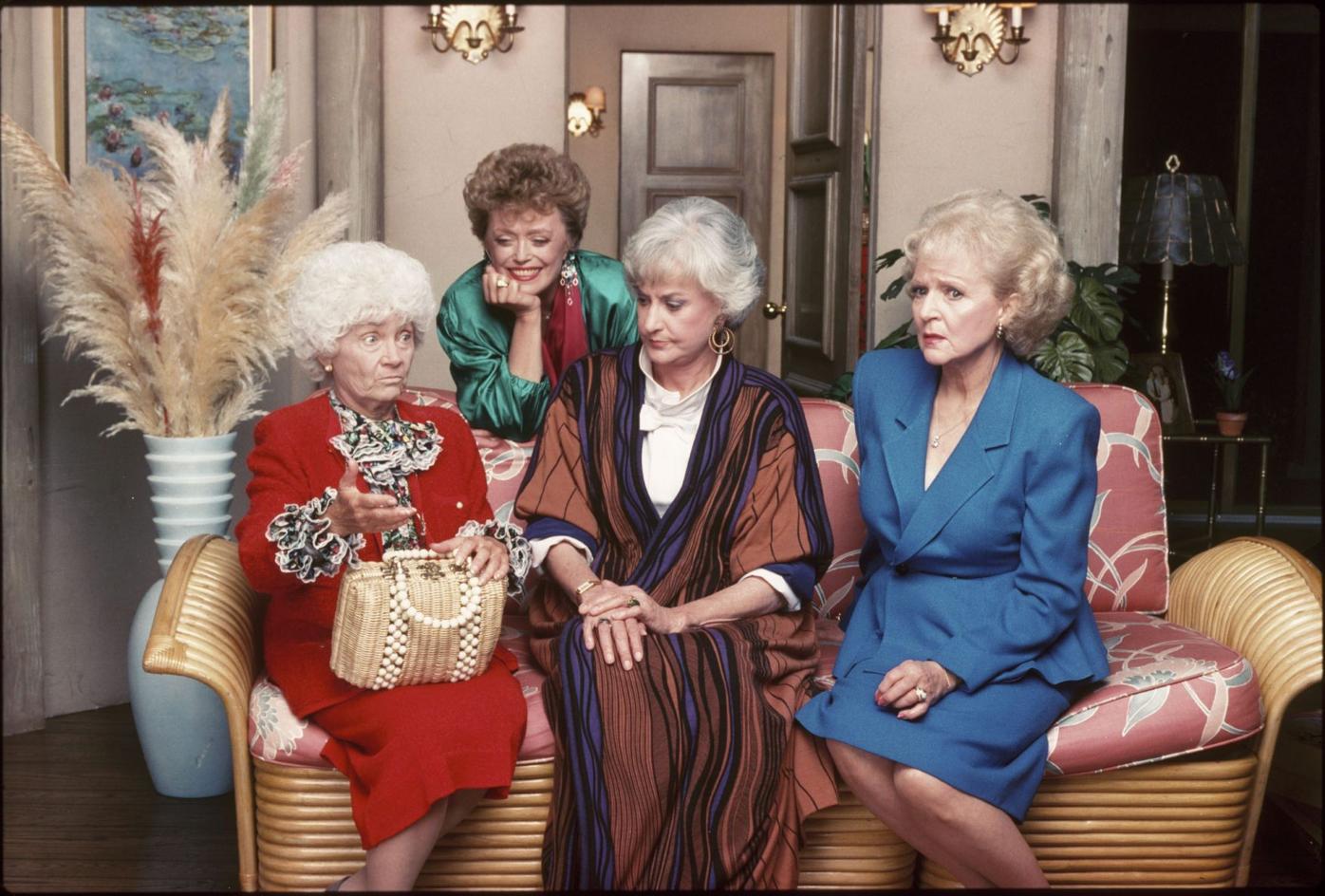 Sixty years ago this week, Betty White came to Lancaster County to make her theater debut. Later she starred in "The Golden Girls." 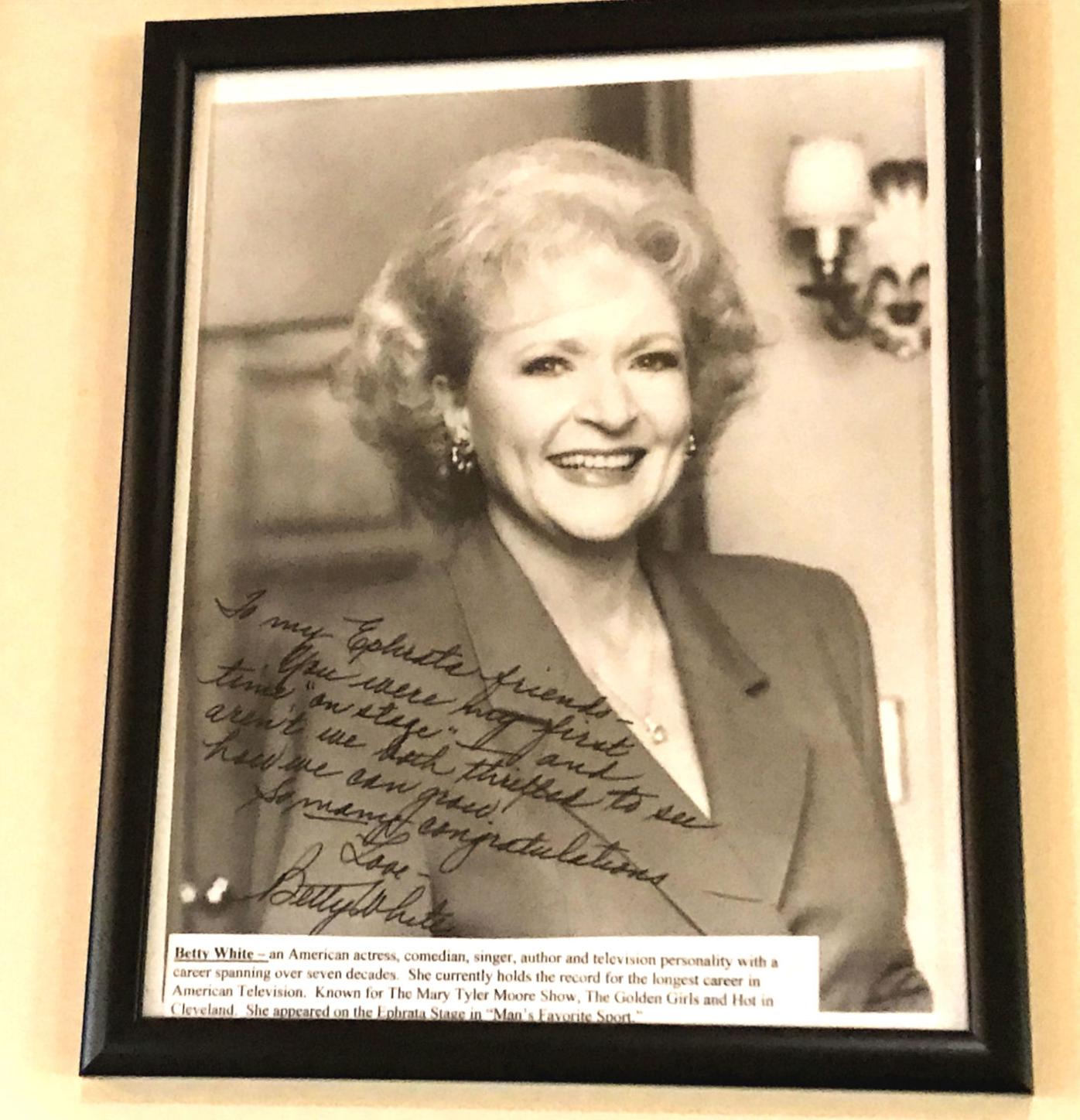 A signed photo from actress Betty White hangs in the lobby of the Ephrata Performing Arts Center. Sixty years ago, when the theater was the Legion Star Playhouse, White appeared in "The Third Best Sport" in July 1959. The inscription on the photo says, "To my Ephrata friends: You were my first time 'on stage,' and aren't we both thrilled to see how we can grow? So many congratulations, Love, Betty White." 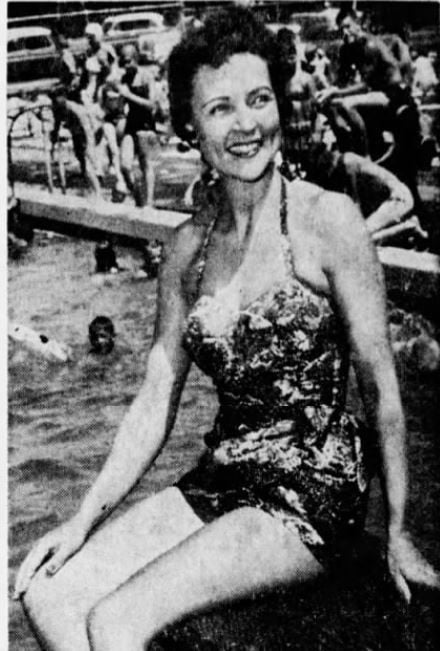 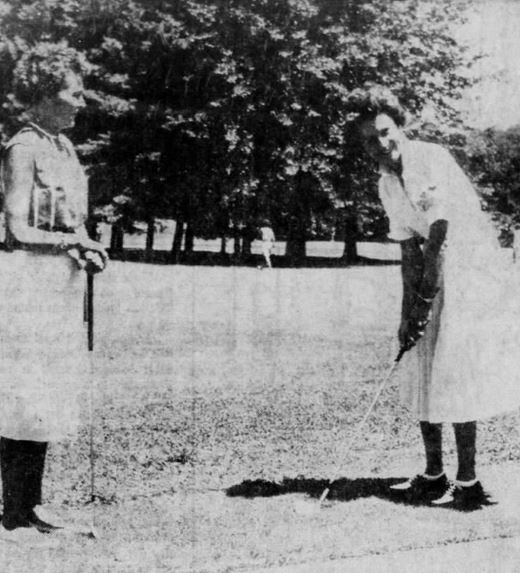 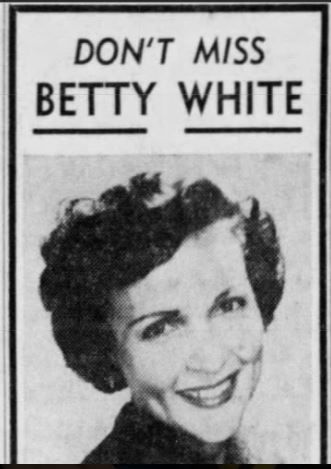 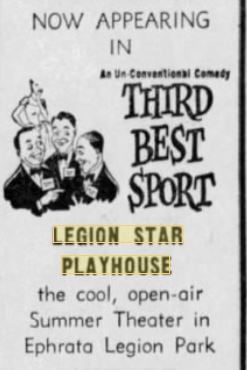 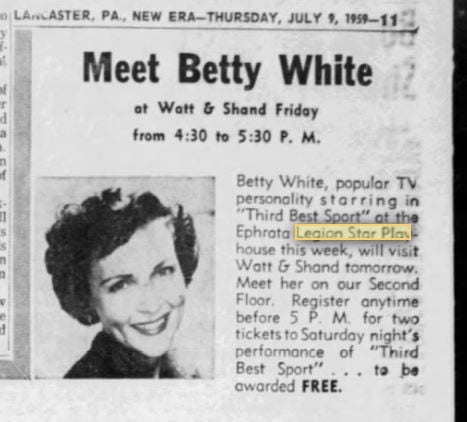 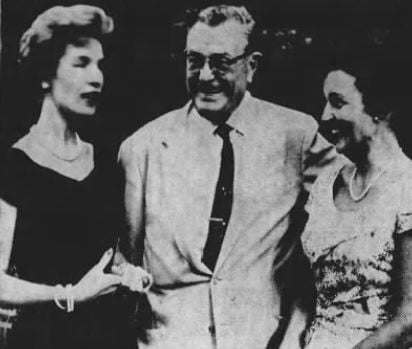 Today, Betty White is an icon, a comedienne and an actress with an 80-year career.

And 60 years ago this week, she came to Lancaster County to make her theater debut.

A memento from that one-week run still hangs at the theater. The framed photograph of White has a handwritten message: “To my Ephrata friends: You were my first time ‘on stage,’ and aren’t we both thrilled to see how we can grow? So many congratulations, Love, Betty White.’”

In 1959, White was a radio and television star. In “Life with Elizabeth,” one of television’s first 30-minute sitcoms, she was half a newly-married couple. In “The Betty White Show,” she interviewed guests and sang with the orchestra. She also was a regular on Jack Paar’s late night show when she came to Ephrata to star in “Third Best Sport.”

The play centers on newlyweds honeymooning in Florida. Unbeknownst to new bride Helen Sayre, her husband booked the honeymoon during a business convention.

“Instead of swimming in the surf, lazing in the sun and wooing in the chamber,” writes New York Times theater critic John Chapman, “She finds herself caught up in a mess of big deals and little jealousies.”

What is America’s third best sport? Conventions, just after sex and baseball.

On Broadway, Helen Sayre was played by Celeste Holm. Holm starred in “Oklahoma!” and won an Oscar for “The Gentleman's Agreement.”

The theater White performed in, the Ephrata Legion Star Playhouse, is described in LNP archives as “the cool, open-air Summer Theater in Ephrata Legion Park.” Stars who came for short-run productions usually stayed in the hotel next door, which is now the Eicher Arts Center along Cocalico Creek.

White’s smiling face dominated ads for the play (”Don’t miss Betty White” they say). The show ran daily through the week, with two shows on Saturday. Tickets cost $1.50, $2.50 and $3.

She went to New York City to appear on the Jack Paar show and returned to Ephrata in time for a reception at the Hamilton Club with producer-director Darrell Larsen.

White hadn’t slept for nearly 24 hours, the Intelligencer reported, yet she still managed to seem “fresh and radiant” in a strawberry print dress with grosgrain bows and simple pearl jewelry.

She appreciated Ephrata’s theater in the round setting stage.

30 famous people from Lancaster County: How many did you know about?

“This is my first experience with this sort of thing,” she said. “And I love it. Arena staging, you know, is much like television. I would be much more frightened of proscenium theatre, because I’ve never played it.”

Asked about Jack Paar, “I think Jack is a great performer. To me, he has been nothing short of wonderful.”

A few days later, the Sunday News shared a photo of the actress at the Ephrata Legion Pool. “Between rehearsals Saturday, she dashed across the park for a ‘quick dip’ in the pool,’” the cutline reads.

Lancaster’s newspapers had mixed reviews for the play.

“Persons who like a subtle wallop about the ‘goings on’ behind the scenes of big business will find this play made to order,” writes Herbert Krone in the New Era. “It’s a suggested ‘must’ for those who like comedy without slapstick.”

The Intelligencer Journal wasn’t as impressed.

“By this time, audiences who have been laughing at and with television star Betty White as she battles valiantly against some monstrous ‘togetherness affecting her marital life in 'Third Best Sport,’ now onstage at Ephrata Legion Star Playhouse, know that the first two best sports are sex and baseball,” writes Joseph Kingston.

“Said audiences may or may not agree with Playwrights Eleanor and Leo Bayer that convention-going is the ‘Third Best Sport,’ and they may find some of the broad humor rather hollow, even painful, since the play spoofs the modern sociological phenomenon clinically dissected in William F. Whyte’s ‘The Organization Man.’”

While in town, White met locals at Watt & Shand before the Friday performance.

She also spoke to a New Era reporter for a story in the women’s pages and said she missed her pets Bandy the Pekingese; Danny the poodle and Stormy the St. Bernard, all of whom stayed in Los Angeles.

When she’s not doing summer stock, White juggles radio and TV work and makes time daily for figure skating, “daily target shoots when able” and “tries for 36 holes of golf.”

How does she do it all, reporter Ann Geracimos asked.

“I guess it’s just that I love doing things,” she says. “And especially that I love what I’m doing.”

Her co-stars at the playhouse said that White has “‘a complete lack of temperament;’ that her ‘enthusiasm to work and work and work is astonishing’ and that she has a ‘phenomenal ability to learn her lines within a matter of minutes.’”

No word if White went to a shooting range in Lancaster County. But during her week here, she took time to play golf at Lancaster Country Club. The New Era shared a photo of the actress teeing off with Mrs. Ralph W. Coho Jr.

After the final curtain call in Ephrata, White went onto Warren, Ohio, to play Anna in “The King and I.”

Later she became Sue Ann Nivens on the “Mary Tyler Moore Show,” Rose Nylund from St. Olaf on "The Golden Girls" and a guest star on many shows. (Did you spot her in “Toy Story 4”? She’s the voice of Bitey White, Bonnie’s tiger chew toy.)

And years later, she signed a photo and sent it to the theater where she got her first chance on stage.

Lancaster Public Library wants to share your projects along with how you made them at the second annual Makerfest.