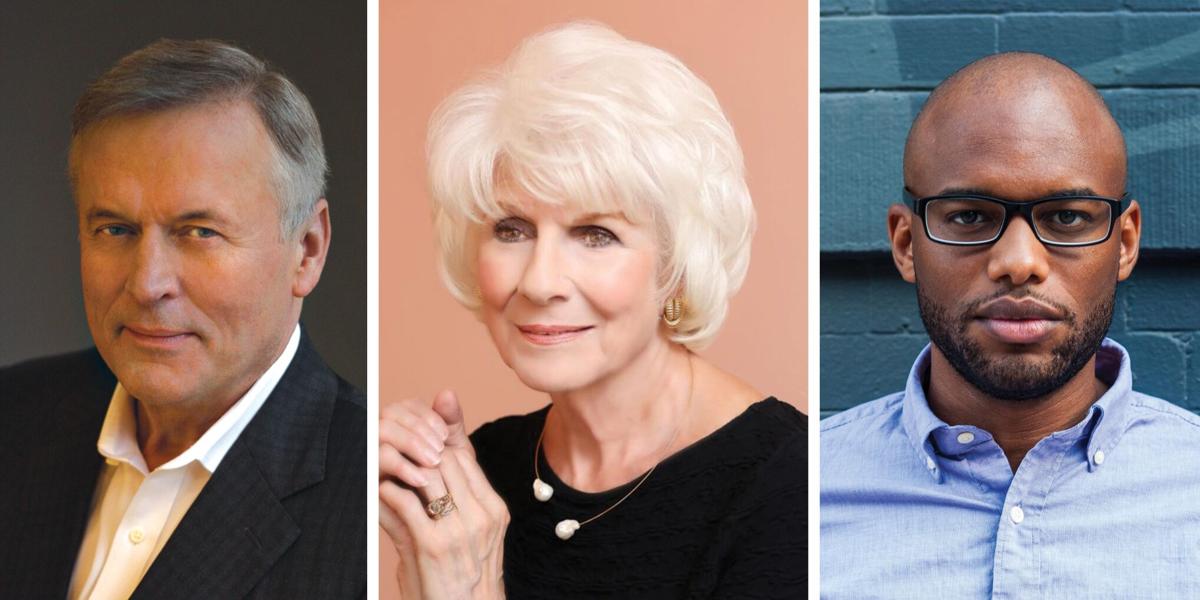 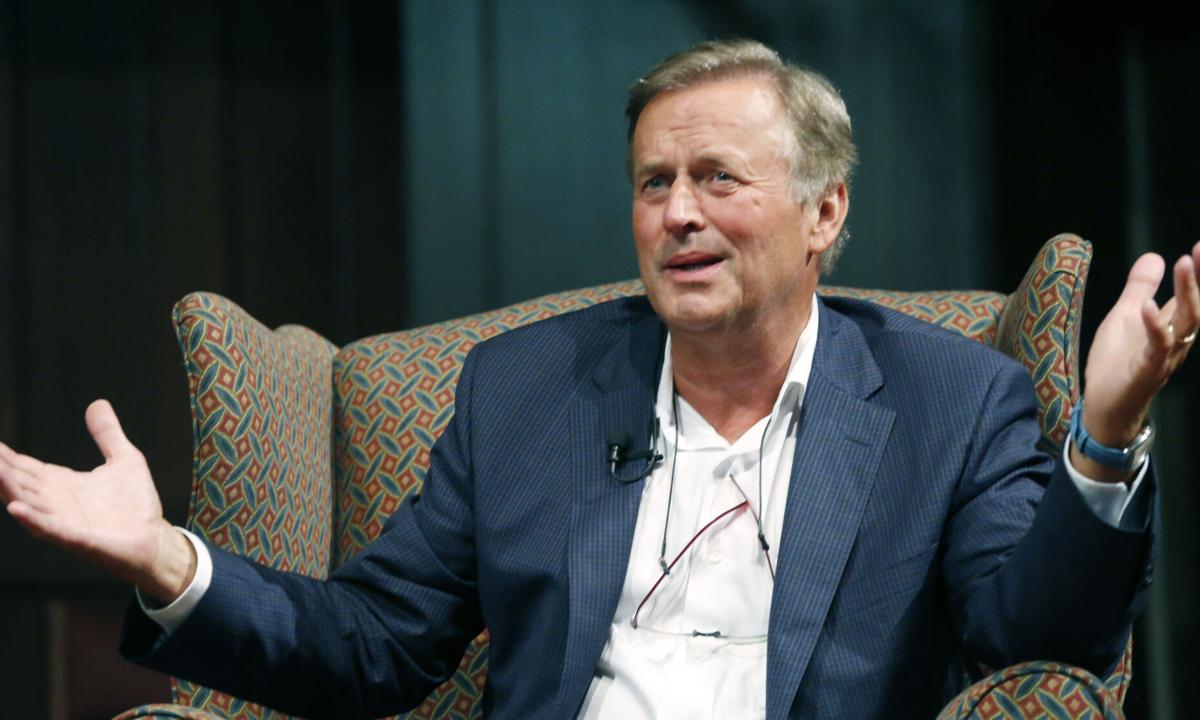 In this 2015 file photo, bestselling author John Grisham speaks at a book festival in his native Mississippi. He'll discuss his latest book at an online event Monday that's part of the Harrisburg Book Festival. 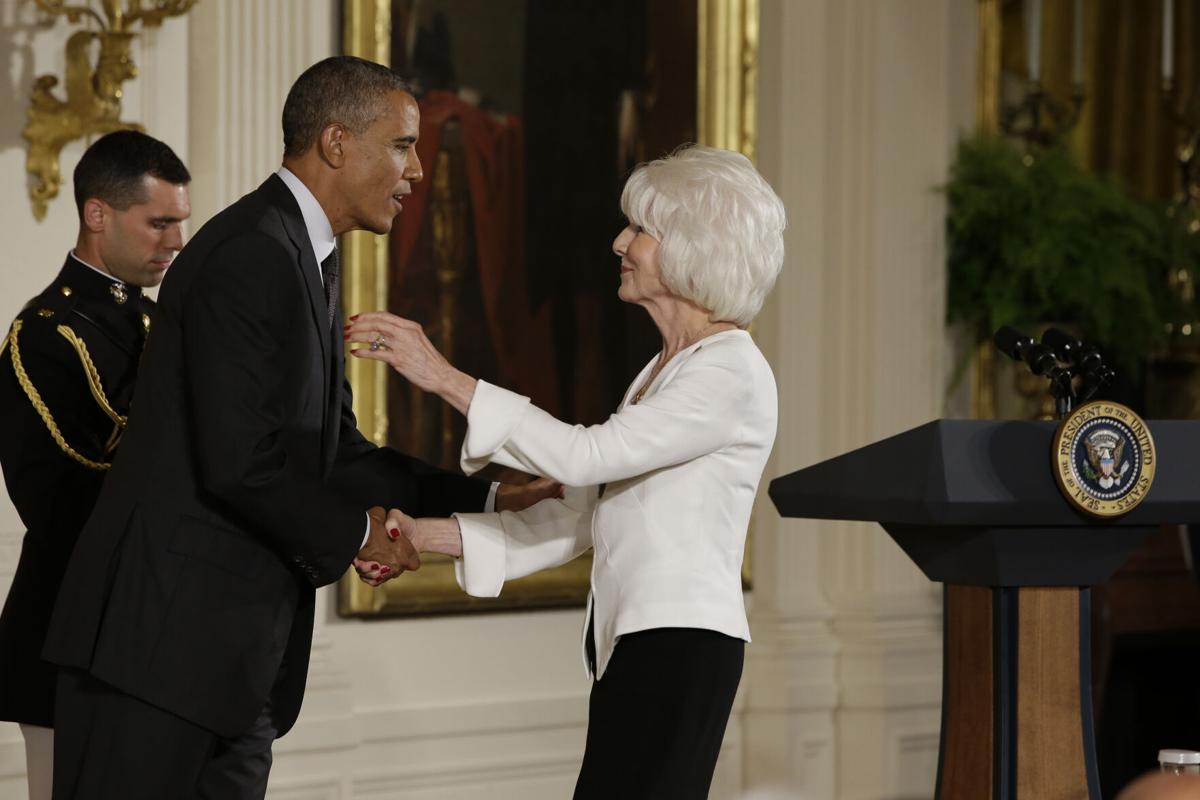 The festival runs from Friday to Monday, Oct. 16-19. Most of the online book discussions are free.

The literary festival, which normally draws book fans from around the region to the Midtown Scholar Bookstore in Harrisburg for live author events, has gone mostly online this year. The bookstore remains closed because of the pandemic.

• At noon Monday, Oct. 19, Grisham will participate in a live-streamed discussion of his latest novel, “A Time for Mercy.”

The $30 ticket price for this online event includes a signed, first-edition copy of Grisham's book.

Grisham, also a lawyer, activist and philanthropist, is the author of nearly 40 books, many of them legal thrillers such as “The Firm,” “The Pelican Brief” and “The Client.” Several of his books have been made into films and TV series.

Grisham will be in conversation with sports broadcaster Tom McCarthy, play-by-play announcer for the Philadelphia Phillies and also an announcer on CBS Sports and Westwood One.

• The festival kicks off at 7 p.m. Friday, Oct. 16, with a discussion of a collaborative book, “One Hundred Voices: Harrisburg's Historic African American Community, 1850-1920.” Panelists include Calobe Jackson, Lenwood Sloan, Sharonn Williams and David Pettegrew, with Jean Corey as moderator.

• At 6 p.m. Saturday, Oct. 17, Rehm, a longtime National Public Radio host and producer, will talk about the right-to-die movement and her book, “When My Time Comes.” She'll be in conversation, in a free online event, with WITF’s “Smart Talk” host Scott LaMar.

Rehm hosted “The Diane Rehm Show” on NPR from Washington, D.C., for more than 35 years, and now hosts a weekly podcast, “On My Mind.”

Smith’s work has appeared in a variety of national publications, and he was a consulting producer for Jay-Z’s “Rest in Power: The Trayvon Martin Story” docu-series.

Those wanting to participate in the online events must register for them at www.hbgbookfest.com, where you can also buy copies of the books being discussed.

In conjunction with the author programs, the Midtown Scholar will hold an outdoor sidewalk sale of thousands of books — new, used and discount — along with CDs, DVDs and audio books. The sale will be in front of the store, 1302 N. Third St., Harrisburg, from 10 a.m. to 5 p.m. Friday through Sunday, Oct. 16-18.

Election cake has a rich history; here's how to make your own

The annual Albatwitch Festival is this weekend; here's the story behind the local legend

Paranormal investigators, authors and researchers will convene in Columbia for the 2020 Albatwitch Day, an annual festival celebrating the loc…