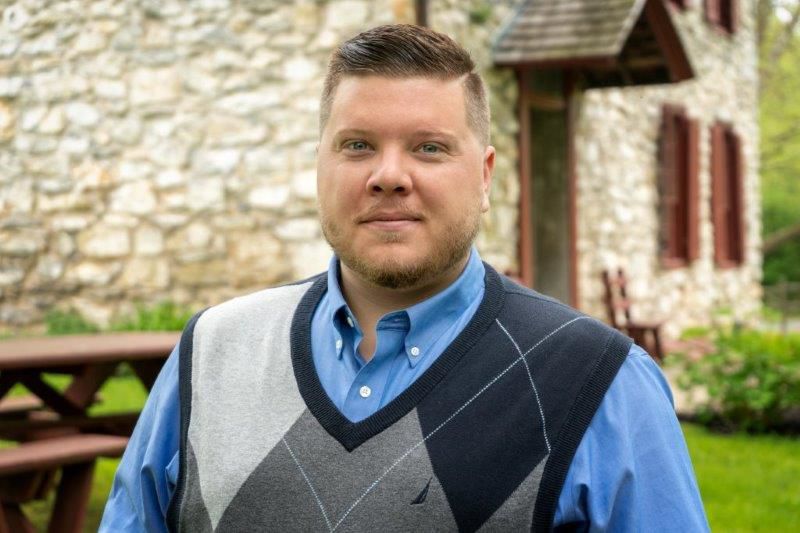 Nic Stoltzfus is the author of "German Lutherans to Pennsylvania Amish: The Stoltzfus Family Story." Nic Stoltzfus is the author of "German Lutherans to Pennsylvania Amish: The Stoltzfus Family Story."

Nic Stoltzfus reacted with skepticism when his father suggested their next project should involve his Amish heritage in Pennsylvania.

Stoltzfus, born and bred in Florida, didn’t feel any connection to this area.

His father, Elam S. Stoltzfus, however, has strong ties, having been born in Lancaster County, where he was raised Amish before leaving the religion and eventually moving to the South.

If he can beat cancer, award-winning author believes America can defeat racism

Nic Stoltzfus got a taste of his father’s childhood in 2008, when he and his family during a summer vacation stopped at the Historic Nicholas Stoltzfus Homestead in Wyomissing.

“I wasn’t really thrilled about it,” Nic Stoltzfus says, recalling the visit. “This is what dad wanted to do, reconnecting with his Amish heritage.”

Little did he realize that the visit to the homestead would lead to months of research, more months of writing and the publication of “German Lutherans to Pennsylvania Amish: The Stoltzfus Family Story,” which he authored.

There will be a book signing Tuesday night at the Stoltzfus Homestead and Gardens at 3716 E. Newport Road in Gordonville. (This location is a separate entity from the Wyomissing homestead.)

Nic Stoltzfus, 29, will be accompanied at the book signing by his father, a descendant of Nicholas Stoltzfus, and two of the book’s co-researchers, Rose Beiler and Zach Stoltzfus.

Beiler, who also is from Lancaster County, is a history professor at the University of Central Florida and also a descendant of Nicholas Stoltzfus. Zach Stoltzfus is the son of the owner of Stoltzfus Meats in Intercourse and is a doctoral candidate at Florida State University.

Together, Nic Stoltzfus, a writer and photographer who graduated from the communications department at Florida State University, and his father, a producer and cinematographer, form the backbone of Live Oak Production Group, a Florida company that makes documentary films and companion coffee-table books.

Nic Stoltzfus says they mostly focus on nature documentaries that are show on public television stations in Florida. Their last film, “The Great Florida Cattle Drive: Unbroken Circles,” however, was more of a historical piece and served as something of a springboard for them to tackle the book about the Stoltzfus family.

Their original plans, Nic Stoltzfus says, included the making of a documentary about the Stoltzfus homestead, but they soon realized that didn’t align with the wishes of the members of the Nicholas Stoltzfus Preservation Committee, with whom they were working.

“We soon realized,” he says, “the committee wasn’t ready for a documentary because there are Old Order Amish members on the committee and it was a little too much for them — understandably. But they were enthusiastic about a book.”

One day, he says, they might shoot a documentary film if they can convince the committee members of its merits.

Nic Stoltzfus says he and the research team started work on the book in 2018 by spending a couple of weeks in Germany and looking at centuries-old records.

“This is probably the most difficult creative project I’ve done,” Nic Stoltzfus says, “because there are so many moving pieces from 200 years worth of history and research, but I’m very grateful to have had really good research guides.”

When he returned to the U.S., he realized he would need to spend a lot of time doing research in Pennsylvania.

And he needed a place to stay.

As luck would have it, the Historic Nicholas Stoltzfus Homestead was in need of a caretaker. He applied for the job, got it and moved to Pennsylvania last year.

He now lives on the first floor of a barn on the property that has been renovated. The upper part is a heritage room.

As part of his duties, Nic Stoltzfus conducts tours of the property, which start with a slide-show presentation outlining the history of the Stoltzfus family and the home. He says the homestead welcomed about 500 visitors this past summer.

“It’s been a big adjustment (moving to Pennsylvania), but people have been really good to me and I’ve thoroughly enjoyed getting to know my Amish heritage better, as well as getting to know the Lancaster-Berks-Chester county area. I’ve really enjoyed it up here, so I’m planning on staying for a long period of time.”

He says he started writing the 132-page book, which is packed with photographs, in September 2018 and finished in July of that same year.

Nic Stoltzfus says working on the book was especially enjoyable for both professional and personal reasons. He got to tell the history of a fascinating family that traveled from Germany and settled in Pennsylvania, and he got to learn about his own heritage.

“If people aren’t engaging in history, then it gets lost,” he says. “People forget about it. They move on. We want people to know about this really interesting chapter of the Amish in Berks County. People connect Lancaster County with the Amish because that’s where they are today, but there’s definitely a story about the Amish up here in Berks County.”

• What: Book signing for “German Lutherans to Pennsylvania Amish: The Stoltzfus Family Story.”

• Details: Along with the book signing, there will be a series of lectures by the team behind the book.

• Cost: It is free but reservations are required. Email nicholasstoltzfushomestead@gmail.com or call 443-907-2636.