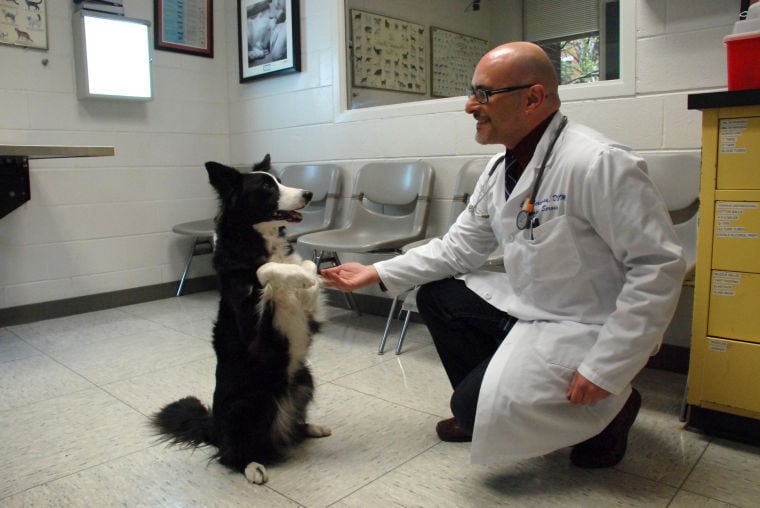 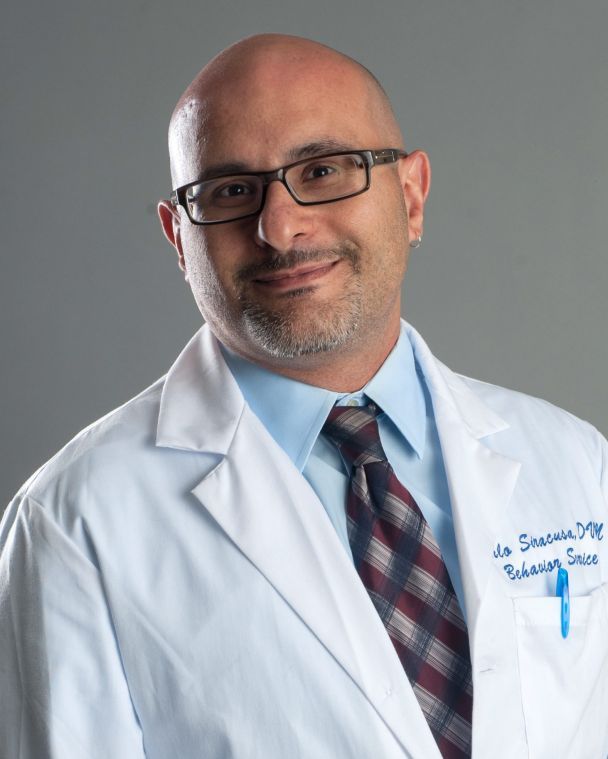 Dr. Carlos Siracusa, director of animal behavior services at the School of Veterinary Medicine at the University of Pennsylvania

Dr. Carlos Siracusa, director of animal behavior services at the School of Veterinary Medicine at the University of Pennsylvania

Dr. Carlos Siracusa, the director of animal behavior services at the School of Veterinary Medicine at the University of Pennsylvania, recently spoke at Elizabethtown College. His program, presented by the Tri Beta biological honor society, was organized by students Samantha Patton and Madison Brown, biology majors at the college.

The presentation focused on debunking what he says are myths about dogs:

Myth 1: Dogs may attack without warning. For example, Pedro the German shepherd police dog from Texas made infamous from the YouTube video “Untamed and Uncut,” (see below) shockingly attacked a news reporter seconds after “doing great” and calmly sitting.

Fact: Pedro displayed biological signs that he was not doing great. It was not shocking that he became aggressive. His ears were set back; he tried to increase the distance between him and the news reporter, evidenced by his pulling his head away from the man; his lips were drawn back and tense; he licked the air several times. There will be visible warning before a dog attacks.

There are some dogs, Siracusa says, with poor communicative skills or which are highly impulsive, but even those dogs will show subtle warning signs ( for example, stiffness and a “tense” face).

Myth 2: When a dog rolls onto its back, it wants to be petted.

Fact: If the dog rolls over and shows his belly, with his head to the side and his paws stiff in the air, it may mean the dog is uneasy and tense. This especially can happen when meeting a stranger.

People should assume that a dog does not want to be petted unless it is clearly showing he is relaxed and wagging his tail.

Fact: Tail wagging means that the dog is interacting with someone — that person is on his radar — but does not tell much about the value of the interaction.

Look at the dog’s ears and lips first. If the tail is wagging but the ears are drawn back, the dog is feeling stressed.

Myth 4: Training your dog will make you the Alpha.

Fact: A dog is not a domesticated wolf and dogs do not form packs. There is no Alpha situation. Dogs rely on their owners. It’s a matter of attachment, not dominance.

Myth 5: Punishment will train the dog to obey and behave.

Fact: Punishment can increase anxiety and anxiety interferes with learning. Instead, seek expert advice on behavior modification and training.

Myth 6: Absence of behavior means the dog is OK.

Fact: A dog who barely reacts to its owner may have learned helplessness and experienced punishment to the point of being nonresponsive. Absence of behavior is not a healthy goal for a pet owner to have.

Lynn Schmidt is co-editor of the Lifestyle section and writes about beer in her What Ales Ya column. She can be reached at lschmidt@lnpnews.com or (717) 291-2995. You can also follow @Lynn_justLynn or @LancLifestyle on Twitter.