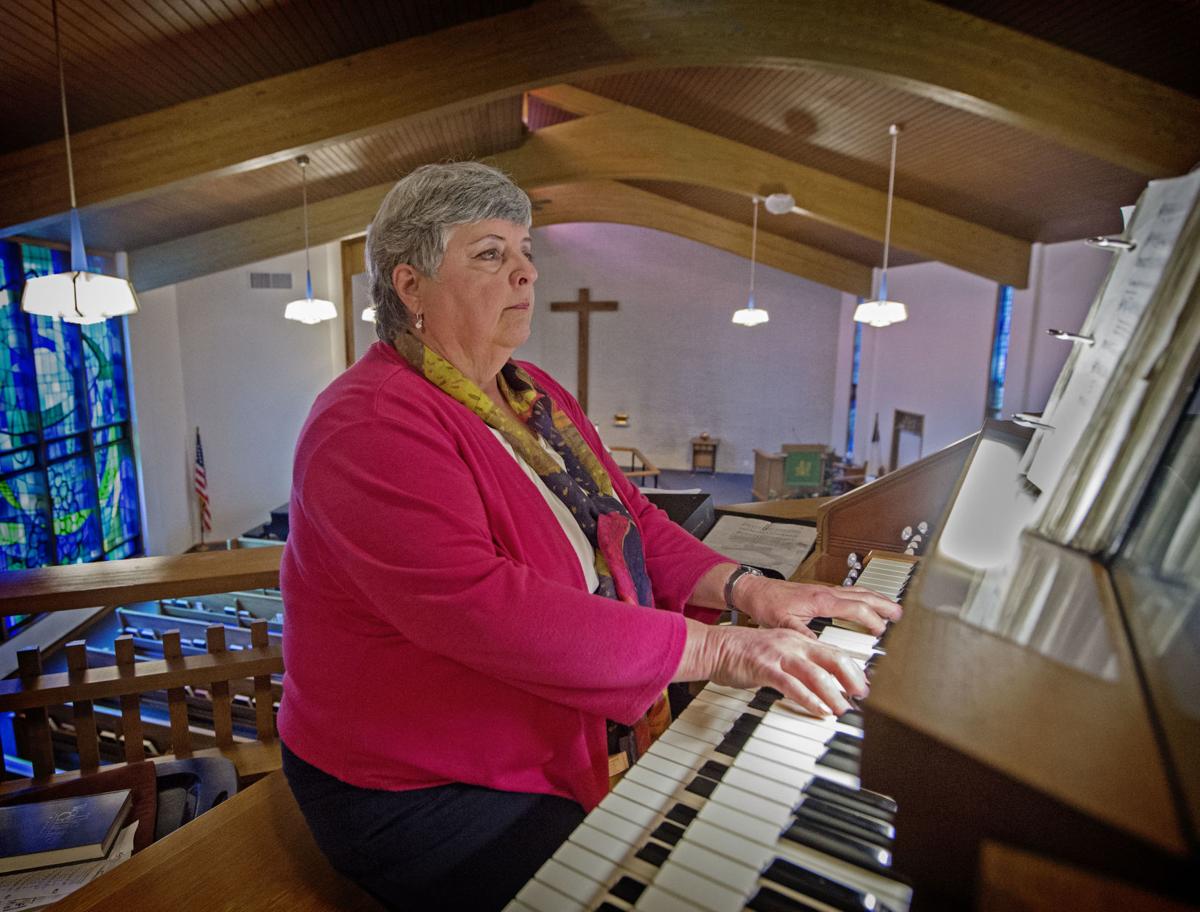 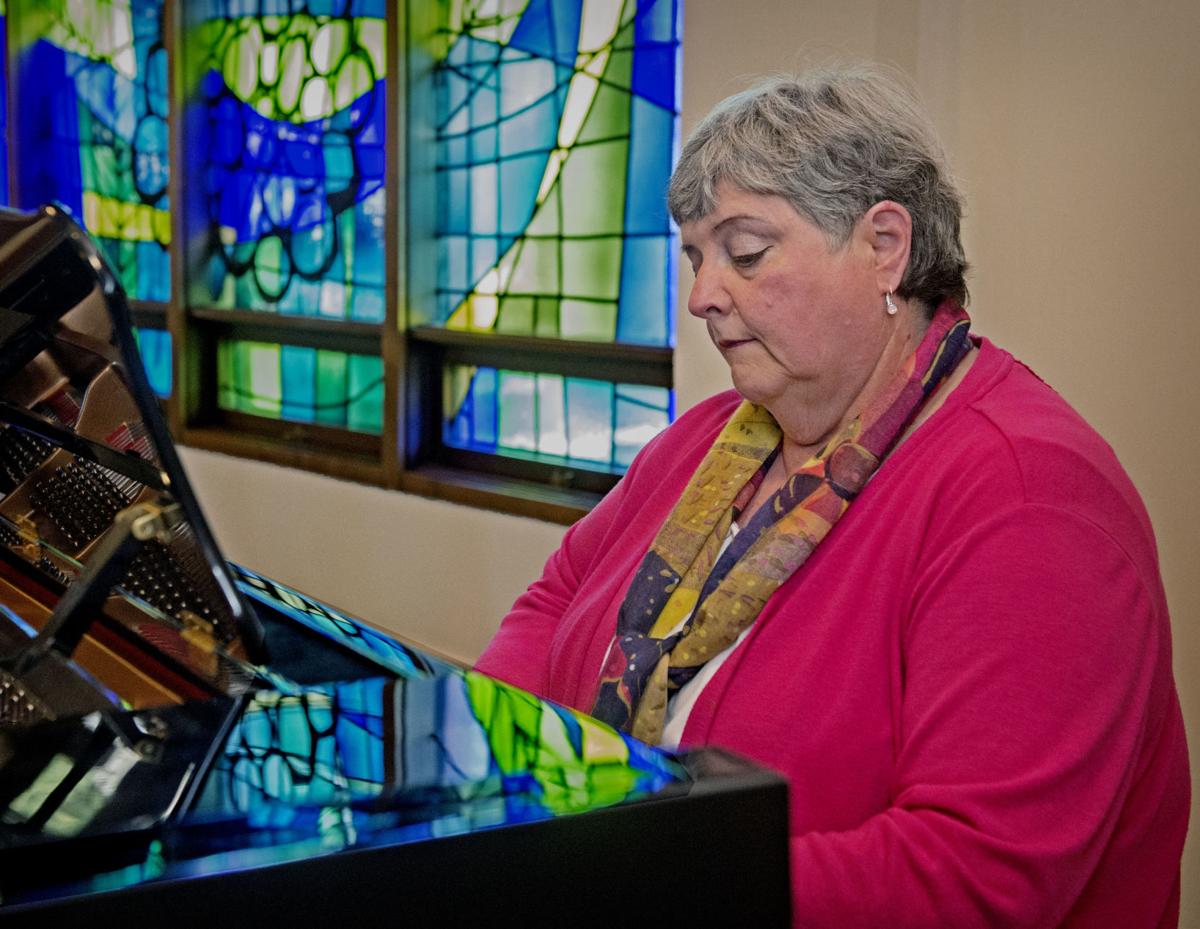 Karen Umberger has been a woman of faith her entire life.

She’s also been a musician her entire life.

So, it’s no surprise that those two callings led her to St. Luke’s United Church of Christ in Lititz. Umberger, of South Annville Township in Lebanon County, recently retired as director of music ministry after 31 years.

“I’ve been a church musician essentially all of my life, and for me that means answering God’s call, just the same way as a pastor and even people in the congregations — we are all ministers,” Umberger says. “It’s been my great honor to minister to, and with, the folks at St. Luke’s.”

Due to the COVID-19 pandemic, Umberger’s last in-person service with the congregation took place on March 15. Since then, she’s been recording anthems and hymns with the help of her daughter and posting them on YouTube. Finally, on May 31, she officially “hung up her organ shoes.”

“It was not the way I envisioned spending my final three months at St. Luke’s,” Umberger says, adding that she’ll return for a service on Aug. 23. “I’ve been invited to come back for what we call really good closure.”

Umberger grew up in South Annville in Lebanon in a house beside her grandmother’s.

“From the time I can remember, I was always banging around on her piano,” Umberger says.

Unlike some children that need to be forced into piano lessons, Umberger recalls asking her mother if she could take them at age 5. She continued throughout high school. In 10th grade, someone asked if she ever considered playing the organ. Umberger began studying that instrument, too.

“Pretty soon, I was really hearing a call to church music,” Umberger says. “So my senior year in high school, I became organist at a very small Methodist church in Lebanon.”

From there, she took an assistant organist position at Christ Church United Church of Christ in Annville.

“One Sunday morning, the pastor’s sermon was titled ‘Is God calling you?’ and in the course of that sermon he would look at different people and say, ‘Is god calling you to do something?’ ” Umberger says. “After the service was over, the choir descended on me and said, ‘Did you get God’s message?’ ”

She did. Umberger begame organist at Christ Church, and from there she continued to follow the calls of service. She became the music director for the Lancaster Theological Seminary arts ensemble program, and through a connection with that program, she was offered a job at St. Luke’s.

“It felt like a good fit for what I was thinking would be my first full job,” Umberger says. “And God said, ‘Nope, I think you’re going to stay here for a while.’ ”

However seamless that transition, Umberger’s journey hasn’t been without hardship. In December 2017, Umberger suffered a fall and cracked her humerus in her elbow. She was unable to play the organ for more than four months, and when she returned, she discovered the injury affected her organ-playing technique. She can still play piano with ease, but playing the organ calls for a different skill set, including holding the keys down for a more sustained period of time.

“I’m just not able to do that anymore,” Umberger says.

Umberger has spent much of the past strange spring working on her original compositions and preparing them for possible publication. She’s written music and lyrics for anthem and hymns including a children’s song called “Goin’ Fishin’” about Jesus and his disciples and the music for a collaboration with St. Luke’s pastor the Rev. Jim Haun called “The Healer Calls.”

“I will always be grateful for the tune that she composed for a hymn lyric, which I penned a year ago,” Haun writes in an email. “It was written in common meter and we could easily have borrowed an existing tune, but Karen did not want to take the easy path and instead presented us with a lovely tune.”

But perhaps Umberger’s most personal composition is one she wrote before she started at St. Luke’s. She wrote “Child of Light” in honor of her cousin David Umberger, who died due to complications from cystic fibrosis on Christmas Eve in 1984.

“I found myself at the piano after his passing just kind of fooling around with this melody,” Umberger says. “That was kind of the beginning of my feeling like I could be a composer.”

For her 30th anniversary at St. Luke’s, the consistory and the congregation voted to name the choir loft and organ loft gallery in her honor. It’s now known as the Karen L. Umberger Gallery.

“I never in a million years imagined they would do something like that,” Umberger says.

It’s a touching tribute, but Umberger’s legacy at St. Luke’s will live on in other ways too. During her tenure at St. Luke’s Umberger established two childrens choirs and a hand bell choir, as well as continuing the senior choir. In her 31 years at the church, Umberger has seen vocalists begin in a children’s choir and advance into the senior choir.

“To see them develop and grow was both professionally satisfying and just fun to watch,” Umberger says.

In her retirement from St. Luke’s, Umberger will continue teaching private piano lessons to children through the Lititz Academy of Music and the Community Music Institute at Lebanon Valley College. She also offers a Musikgarten class for young children through the Manheim Township Parks and Recreation Department.

Her life as a music educator has prepared her — and St. Luke’s — for the next musical chapter. One of her former students, Luke Gibson, will be filling in on Umberger’s newly vacated piano bench later this summer.

“She’s a phenomenal teacher, and she’s a kind and patient person,” says Gibson, who studied with Umberger for a dozen years. “I think she really just loves teaching and passing along her knowledge.”

Gibson says that Umberger taught him to love music and that playing music was more than just memorization and technique.

“Learning not just to play the notes in the music, but to play it as music, to put some sort of emotion behind it,” Gibson says. “I think that’s really what transforms a lot of pieces.”

In fact, Umberger believes music played with emotion adds a lot to the church experience.

“Imagine yourself sitting in a movie theater watching a movie, but there’s no music,” Umberger says. “The music in movies does something to heighten your emotional response. And the whole point of the church music is to enhance the worship experience so that others can feel Christ’s presence in the course of the worship and want to respond to that feeling.”

Amazon to kick off holiday shopping with October Prime Day

Covenant United Methodist Church has announced a series of drive-in worship services in its Orange Street parking lot. The church will host se…