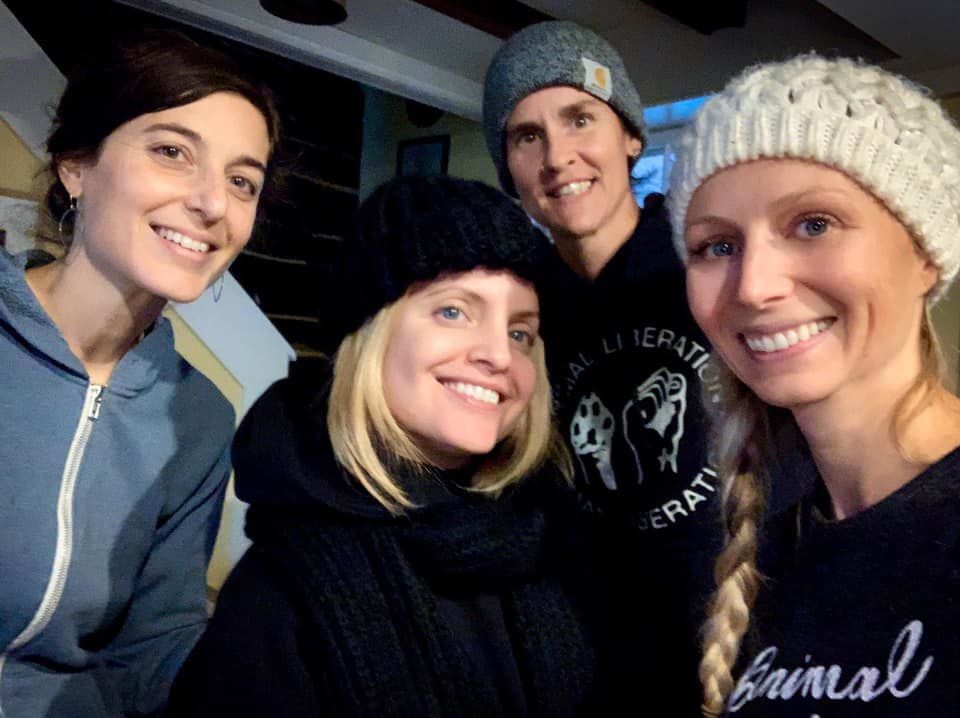 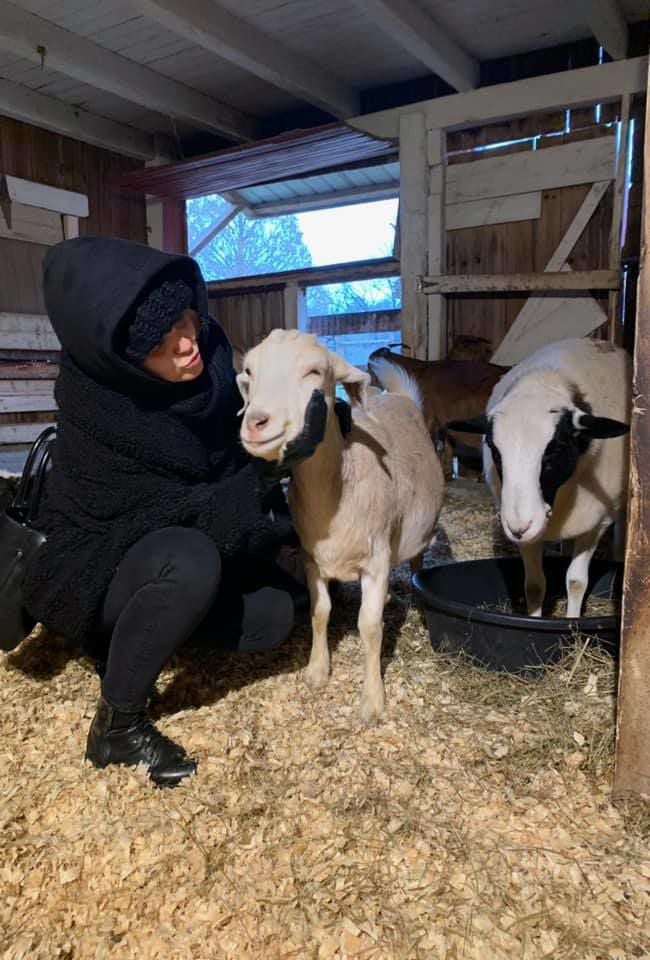 While at Root, a vegan restaurant in Lancaster, she learned about Lancaster Farm Sanctuary. Sunday, she visited the farm animal rescue refuge in Elizabethtown.

Suvari connected with Stanley, a goat who sometimes uses a wheelchair, and Meris, a sheep who at 14 is the farm’s oldest animal.

“She plopped right down in the pine chips,” Turzi says.

Suvari starred in movies such as “American Beauty” and “American Pie” in the late 1990s. Last year, she starred in “American Woman,” a TV show on Paramount Network.

She’s also a vegan and an activist. On Black Friday, Suvari shared on Instagram the day is also Fur Free Friday. She would miss joining an animal rights march on Rodeo Drive because she’s on-location for another project, she wrote.

Instead, she took time to visit Lancaster Farm Sanctuary.

The farm sanctuary opened in 2017 and now is home to 50 rescued cows, pigs, chickens, goats, ducks, sheep and turkeys.

Suvari was eating at Root when she saw a poster for the farm sanctuary, Turzi says. She called and arranged a visit.

Stan and Meris, the animals who got the most attention, are different species but both needed a new home.

Stan is a goat born with a neurological condition similar to cerebral palsy. When he was born on a goat meat farm, he couldn’t stand. Neighbors asked if they could care for the kid and later found him a home at the sanctuary, Turzi says. Stan is now 2 years old and has figured out his own way to walk. On longer walks, he has a wheelchair.

Meris is a 14-year-old sheep who was left alone after the siblings in his herd died. At the sanctuary, he has a herd, one with different animals.

The animals live together on a 6-acre property. Turzi and her partner Sarah Salluzzo, who co-founded the sanctuary, would like to move to a space that’s in Lancaster County and at least 15 acres. That would allow space for events like goat yoga and vegan meals. There would also be more room for the group to rescue even more animals.

Survey: 2.76 million layoffs in May, far fewer than expected

It's National Running Day: here are 3 tips to start and 5 places to go

Ariana Grande's Lancaster appearance may have been a welcomed surprise for fans in the area. Some were even able to snap a few photos with her…

If you saw people with guns on Thursday afternoon near West Mifflin Street, there's no reason to be alarmed.

Actress Mena Suvari has made another appearance at Lancaster Farm Sanctuary — she has visited the farm for a second time in two weeks.

The Lancaster Farm Sanctuary, a nonprofit organization in Elizabethtown dedicated to rescuing neglected farm animals, has launched a free onli…