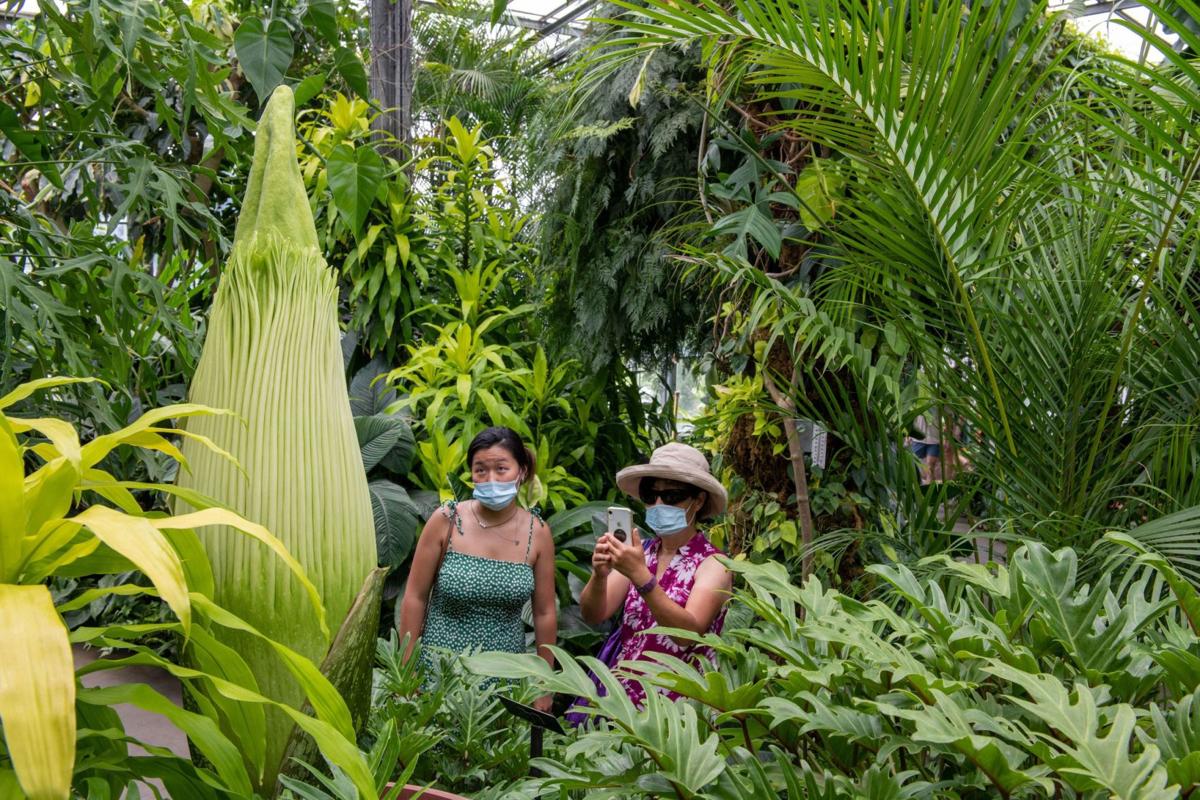 A rare corpse flower is about to bloom at Longwood Gardens. 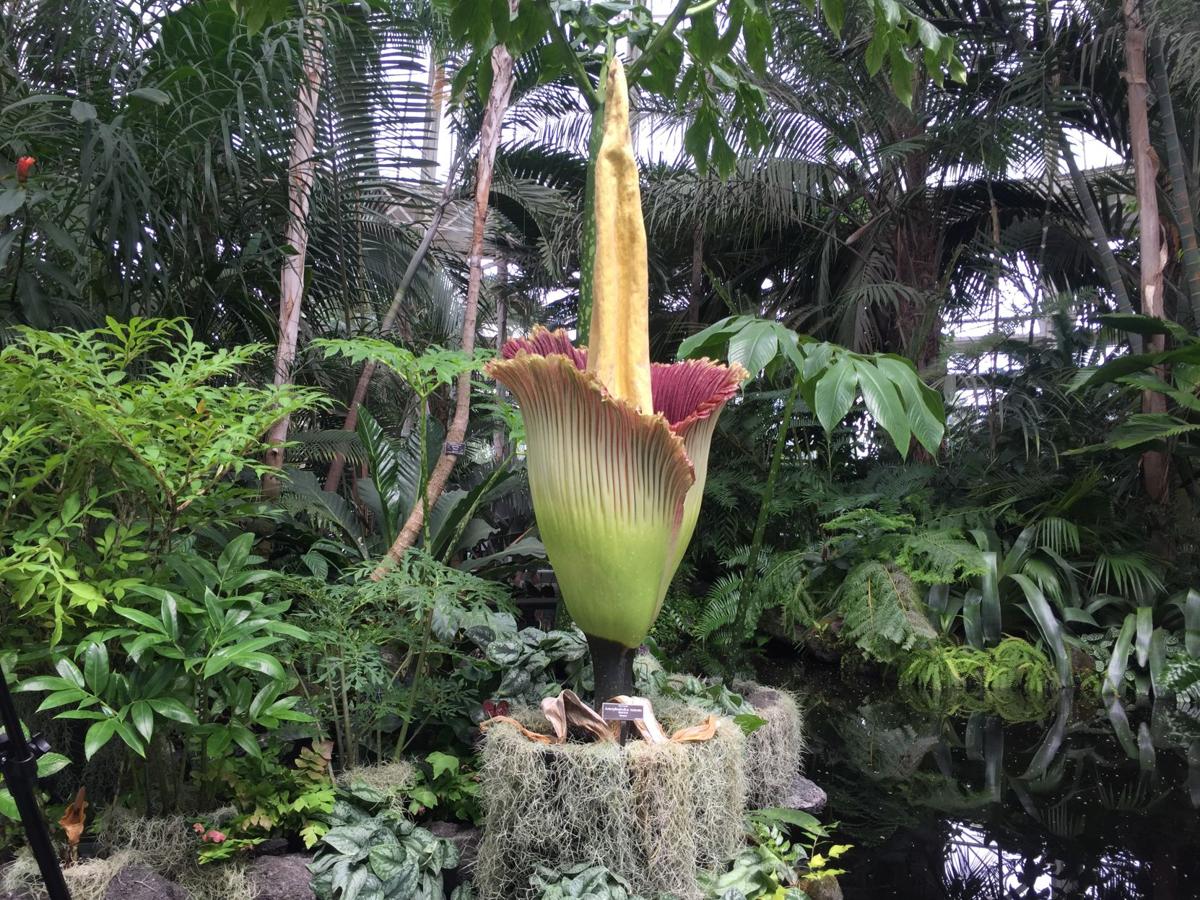 This corpse flower was the first to bloom at the New York Botanic Garden since 1937.

The corpse flower is one of the smelliest in the plant kingdom and the largest.

One of these plants is about to bloom at Longwood Gardens.

Typically, titan arums’ smelly flowers only last for 24 to 48 hours. Longwood Gardens is extending hours Wednesday and Thursday in anticipation of “Sprout” blooming.

“The titan arum is an amazing plant and to experience one blooming is very rare,” says senior horticulturist Joyce Rondinella. “Successfully blooming one is a career highlight for me due to its challenging life cycle and the cultural requirements needed.”

Rondinella has cared for Sprout since the plant arrived at Longwood in 2018.

Corpse flowers usually take seven to 10 years to bloom. When they flower, crowds flock to see these enormous flowers and take a whiff. (I saw one at the New York Botanic Garden in 2016. It smelled but I was more impressed by the more-than-six-foot-tall size of the flower and the intense maroon and acid green colors.)

Amorphophallus titanium are native of the Sumatra island in Indonesia and were brought to botanic gardens in England in the late 1800s, then throughout Europe before the first in the western hemisphere bloomed at the New York Botanical Garden in 1937. The plant’s in the same family as the calla lily and the anthurium.

The smell’s been described as rotting meat, dead fish, fresh sewage or mud. The smell is beneficial to the plant by attracting pollinators that feed on dead animals.

Crowds have gathered at gardens in Washington, D.C., Chicago and more to see and smell corpse flowers. In Pennsylvania, Pittsburgh’s Phipps Conservatory and Botanical Gardens saw “Barbara” bloom in 2017 and its “big brother” Romero bloom in 2016. Both are named after zombie film-maker George Romero.

The last time a corpse flower bloomed at Longwood was April 14, 1961.

Sprout was started from seed in 2008 at UC Berkley and bloom bloomed at Chicago Botanic Garden in 2016, according to the garden. The garden gave the plant to Longwood Gardens in 2018.

“Once at Longwood, Sprout happily settled in and was on display for more than a year showing an impressive leaf. As the leaf went dormant, Sprout was given a rest and taken off display and put in a growing house in October 2019. Its leaf was removed and Sprout spent the winter in a greenhouse where it enjoyed temperatures of 65 to 70 degrees and was monitored closely for optimal moisture requirements. In March 2020, Sprout was repotted and Rondinella began to notice new growth in May. Sprout went on display on May 28 at just a few inches tall. Now at 64 inches tall, Sprout is growing as much as 6 inches per day. Its growth rate will slow as it prepares to bloom and quite literally, stink up the place!”

Longwood Gardens has this livestream of the action inside the conservatory. Smell-O-Vision is not an option.

The gardens will also share progress on social media.

Once Sprout blooms, the flower will only last 48 hours.

Are gardens in the Lancaster County region open? Updates on Longwood Gardens and more

Up close with the rare and stinky corpse flower

Readers say these are the 5 best lawn games; share your favorites

Breweries making Black is Beautiful beer also are asked to commit to the long-term work of equality.

Rare and smelly corpse flower at Longwood Gardens hasn't bloomed yet; here's a guide to its strange life cycle

Corpse flowers bloom for a day or two. Here's more about this plant's years-long life cycle.

Joan and Barry Decker went to see the rare corpse flower at Longwood Gardens a few times before it bloomed this week.