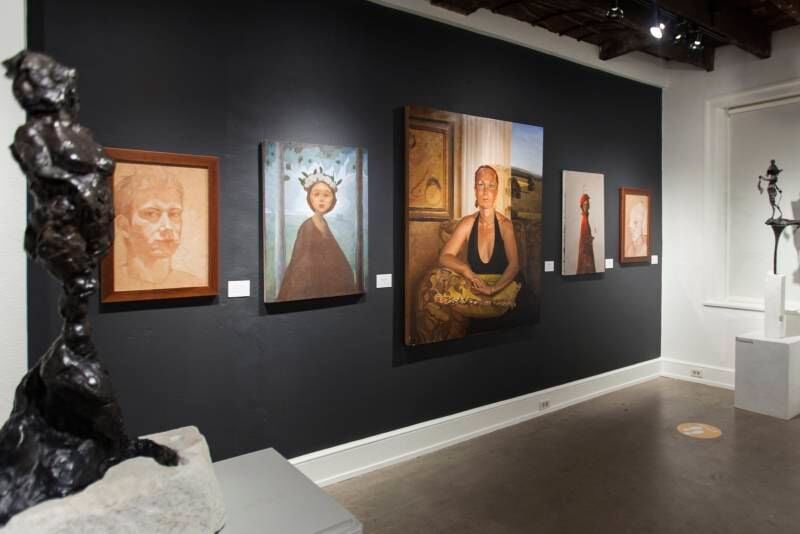 A selection of Michael Tymon's works including paintings and sculptures featured in "Michael Tymon: A Life in Art" on display at the Demuth Museum through Nov. 14. 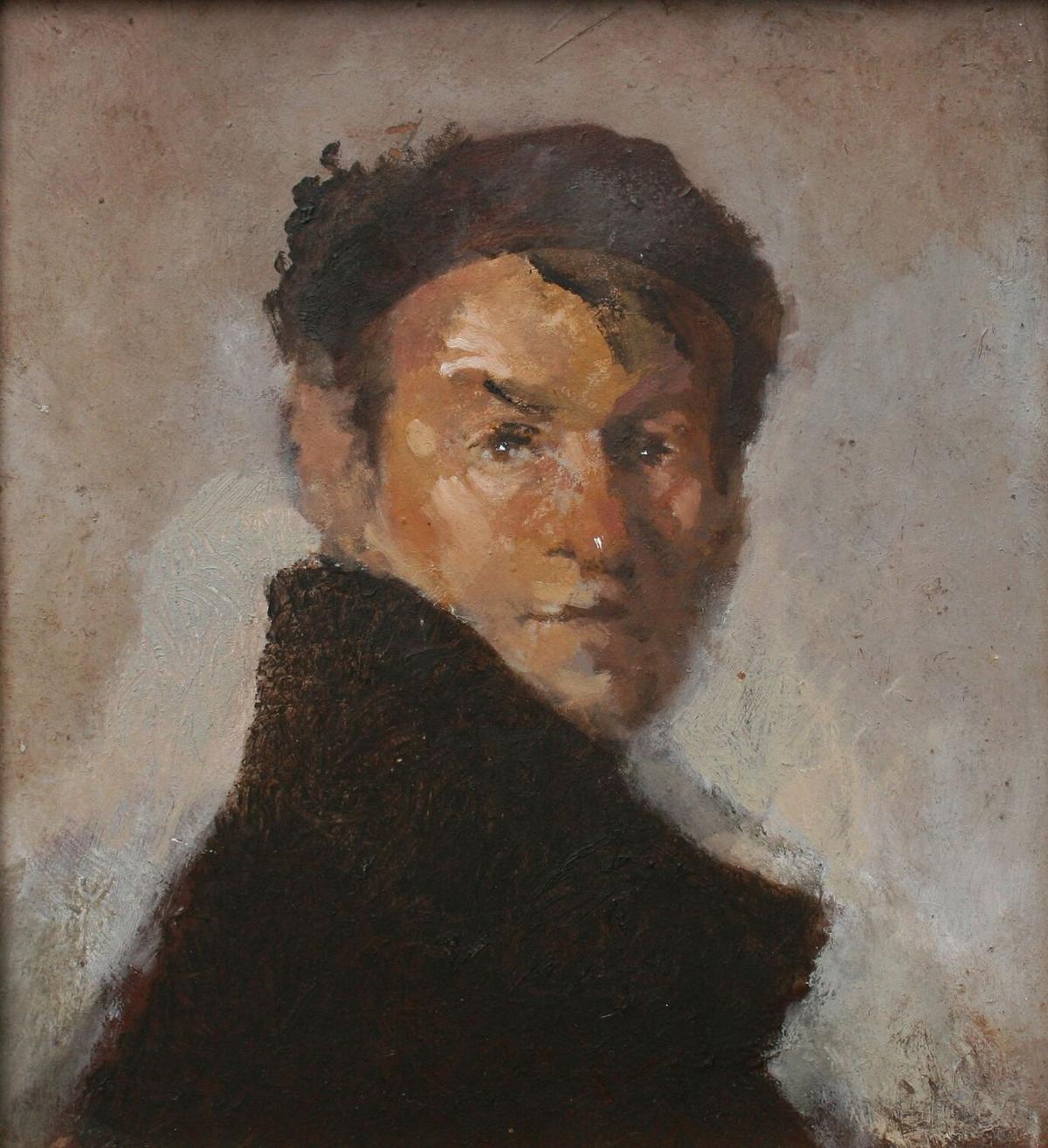 "Self Portrait" (2018, oil on canvas) by Michael Tymon is the featured image for Tymon's posthumous exhibit "Michael Tymon: A Life in Art" on display at the Demuth Museum through Nov. 14. 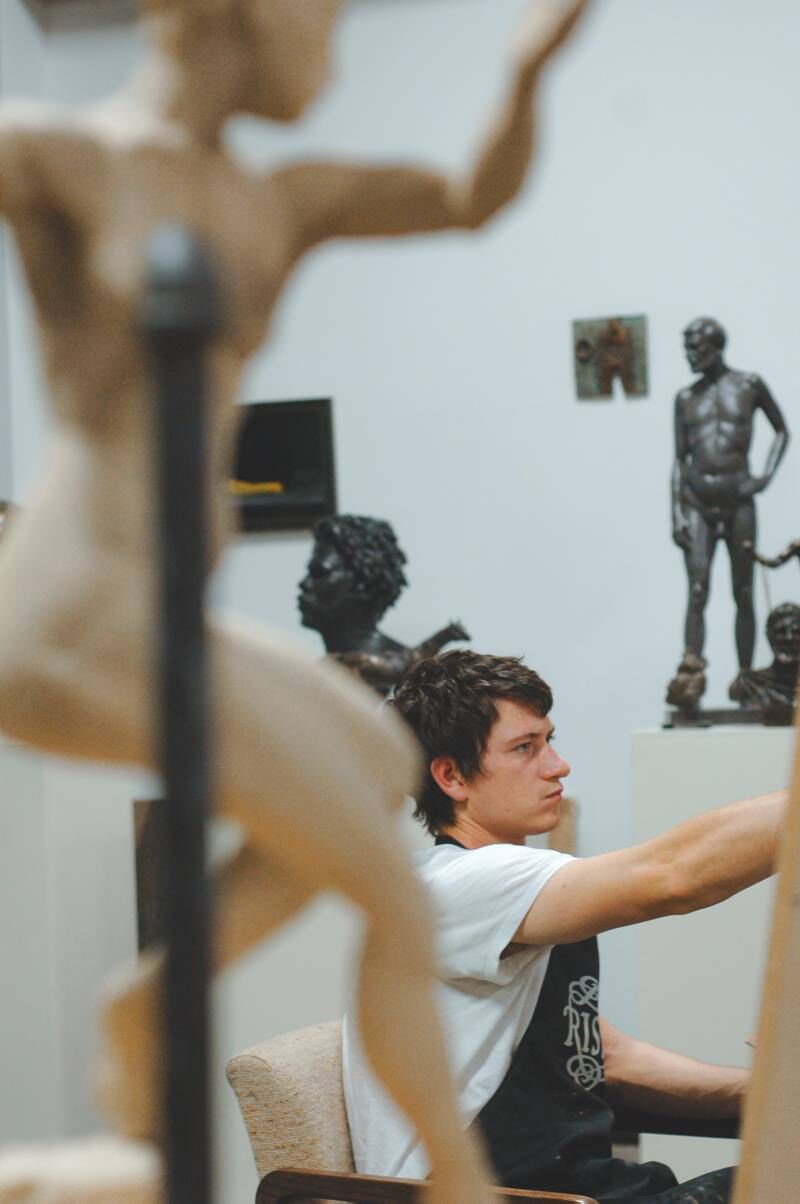 Michael Tymon works on a piece at the Keystone & Culture Center in Lancaster in 2011. 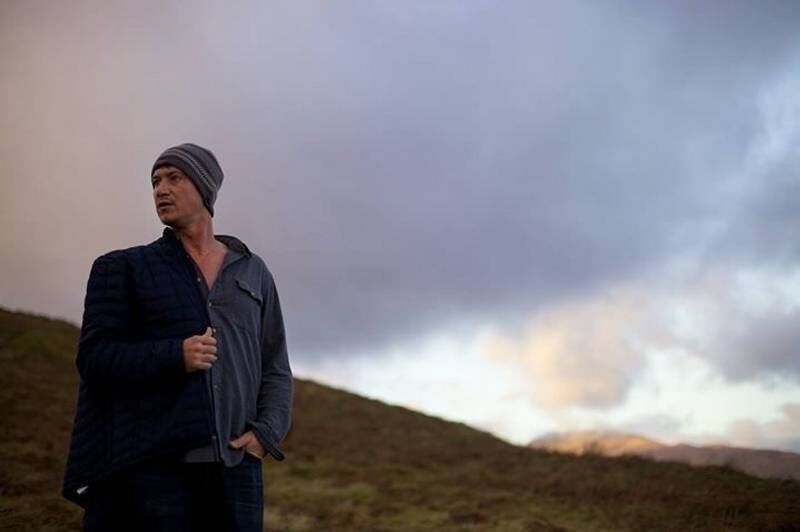 Michael Tymon during a family trip to Scotland in 2018.

On the day of Michael “Murph” Tymon’s first major exhibition at the Demuth Museum, his mother, Eileen Tymon, sat down and spoke with him for an hour.

“I said to him, ‘Murph, you’d be blown away,’ ” Eileen Tymon says. “People have been running around town for well over a month now, getting stuff framed, committees meeting and choosing pieces.”

She had with her the postcard for the show featuring a self-portrait Michael painted in the style of the old Dutch master artists such as Rembrandt Van Rijn. The tone is warm, and Tymon’s visage appears simultaneously slightly out-of-focus and extremely sharp.

“’They decided to choose 34 pieces because you lived 34 years,’ ” Eileen Tymon recalls saying to her son. “Then I just sort of laughed. I thought, ‘But what would you be saying to me, if you came into the house?’ ‘What? That show is tonight? What time is it? Was I supposed to RSVP? How do I RSVP? Is that online?’ He had that kind of scatterbrained-ness about him sometimes. That kind of an artist’s thinking.”

Then she pinned the card to her bench dedicated to her son and rose and walked along the little side road and out of St. Joseph’s Cemetery.

Michael “Murph” Tymon was killed in a train accident in Southampton — a village in Long Island, New York — on July 14, 2019.

“When we were at his funeral, we stood for seven hours while people came through,” Eileen Tymon says. “People came from everywhere.”

A life in art

Those who knew Michael Tymon describe him as an easygoing guy: likable, charming, introspective. He was a serious student and an athlete that played on the Lancaster Catholic varsity basketball team until a knee injury sidelined him, and he was the captain of the school’s golf team. And, like any good renaissance man, he was passionate about the arts. Not only passionate, but extremely gifted.

The Demuth Museum hosts “Michael Tymon: A Life in Art” through Nov. 14. The exhibit features 34 pieces that showcase the variety of mediums Tymon worked in.

It’s not the first time Tymon’s work has been inside the Demuth Museum. Included among the ambitious and mature works in “Michael Tymon: A Life in Art” is a finger painting that a 3-year-old Murph Tymon made as a Montessori student. The painting was selected by a committee from the Demuth Museum for an exhibit of works by young children. His mother also notes her son was dyslexic, and she thinks that helped him see the world differently and may have nudged his unique artistic talents.

“As a child, he loved to draw. ... That’s where you first saw it,” Eileen Tymon says. “He could draw the Big Bad Wolf in first grade that looked like the Big Bad Wolf. He’d be looking at a picture, but he didn’t trace it. He just had an eye for that.”

She called her son Murph, after his middle name: given in honor of her maiden name Murphy and the relatives who shared his introspective nature.

As Murph Tymon grew, so did his talent for the arts.

“You always have students that you remember,” says Richard Ressel, a renowned local artist and art teacher at Lancaster Catholic High School for 44 years, who taught Tymon. “When I taught Mike in class, sometimes you’d get this sly little smile from him — he just had that little Irish smile in the corner of his mouth. You’d think, ‘Are you paying attention?’ But then he would go to do his work, and you realized that he took everything in and he was really serious about it. He did some very difficult drawings that were just beautiful.”

Ressel stayed in touch with Tymon. After his junior year at Lancaster Catholic in 2002, and a stint at the Vermont Academy boarding school, Tymon went on to the prestigious Rhode Island School of Art and Design, where he continued to develop his already impressive skills.

“He had this intense power of observation,” Ressel says. “And I notice that comes through in his portraits and in his copies of the Old Masters. He’s really studied them and you can tell.”

Ressel, along with family friend and artist Bot Roda and Abby Baer, executive director of the Demuth Foundation, put together the Demuth exhibit.

“He saw the world differently, like a fine artist does,” Roda says. “He was very talented, and it just makes his untimely demise that much more tragic. Like, what could have he accomplished? He certainly would have gone on and had a pretty amazing career, doing some pretty amazing things.”

Ressel says Tymon also was a bit of an enigma to him. For instance, he says, Tymon never seemed motivated by critical or commercial success.

“I think that he was just driven to create,” Ressel says. “He had the soul of a pure artist.”

In viewing the works selected for “Michael Tymon: A Life in Art,” it’s clear Tymon was deeply influenced by the master painters: Vermeer, Renoir and Rembrandt, who knew how to reflect the brilliance of light, capture the mysterious, shadowy nature of the folds of draperies and the perfect mathematics of architecture, or illuminate the essence of someone’s soul with a few well-placed brushstrokes. Tymon could do this, too.

Several paintings speak to this timeless quality. Besides the masterful self-portraits, still-life paintings and choice scenic landscapes, one specific painting seems to have somehow warped its way out of some bygone classical era into modern life — a tribute to Paul Delaroche’s 1833 painting “The Execution of Lady Jane Grey.”

Tymon’s tribute, aptly titled “Execution of Lady Jane Grey — Tribute to Delaroche,” is the artist’s final completed work. It showcases his immense talent and hints at the breakthroughs that might have been.

“That’s a really interesting piece,” says Abby Baer. “First of all, it’s big and it’s always impressive when you see large works. The use of light and shadow in that is incredible. There are figures in the back that are cloaked and mysterious. And you can see the use of architectural elements. It’s a really well-done work.”

Baer notes that she is meeting Michael Tymon for the first time through his paintings.

“A lot them he is looking for pensive and looking straight at the viewer or looking off into the distance,” Baer says. “The ones where he’s engaging with you as you look at them, feel very real and lifelike. There’s one called “Studio” — that’s a self-portrait — and it’s one of him in his element, working on a piece, and it’s like you caught him off guard; you came into the room and he’s looking over his shoulder. You almost feel like you’re interrupting him.”

Eileen Tymon says that eventually there will be a sale of Michael Tymon’s work, potentially in the spring. First, she’d like his siblings to pick which paintings they’d like to keep.

Eileen Tymon, Ressel and Baer all also hinted at the possibility of a sort of annual exhibit dedicated to a local emerging artist in Michael Tymon’s name. And in that way, along with his art, Michael Tymon can live on.

“It breaks my heart every day. I will never get over it,” says Eileen Tymon of her son’s passing. “I don’t know how a good person like him could leave this Earth. Every day I think, ‘Why do bad things happen to good people?’ ”

She says she and her husband, Tim, went to the opening of the exhibit an hour early. Seeing all her son’s work on the walls of the Demuth Museum triggered a flood of emotions.

“I mean, I just couldn’t believe it,” Eileen Tymon says. “I wish it could have happened while he was still alive. When you see it all put together and in a museum, and it’s all him.”

What: “Michael Tymon: A Life in Art.”

When: Through Nov. 14. Timed reservations are required.

More info: Visit www.demuth.org or call 717-299-9940 for more information on scheduling your visit to the Demuth Museum.

It was a nail-biter Monday night for Olympic figure skater and TV personality Johnny Weir on "Dancing With the Stars," as a low-scoring salsa …

Phyllis Good came up with the idea for her new cookbook about two years ago, long before the COVID-19 pandemic lockdown began.

Antique toolbox: Can you guess the identity of this mystery tool?

Maria Thompson Corley’s name will be familiar to any longtime fan of Lancaster’s music scene.

Shear Fade in Strasburg offers special attention to those with special needs.