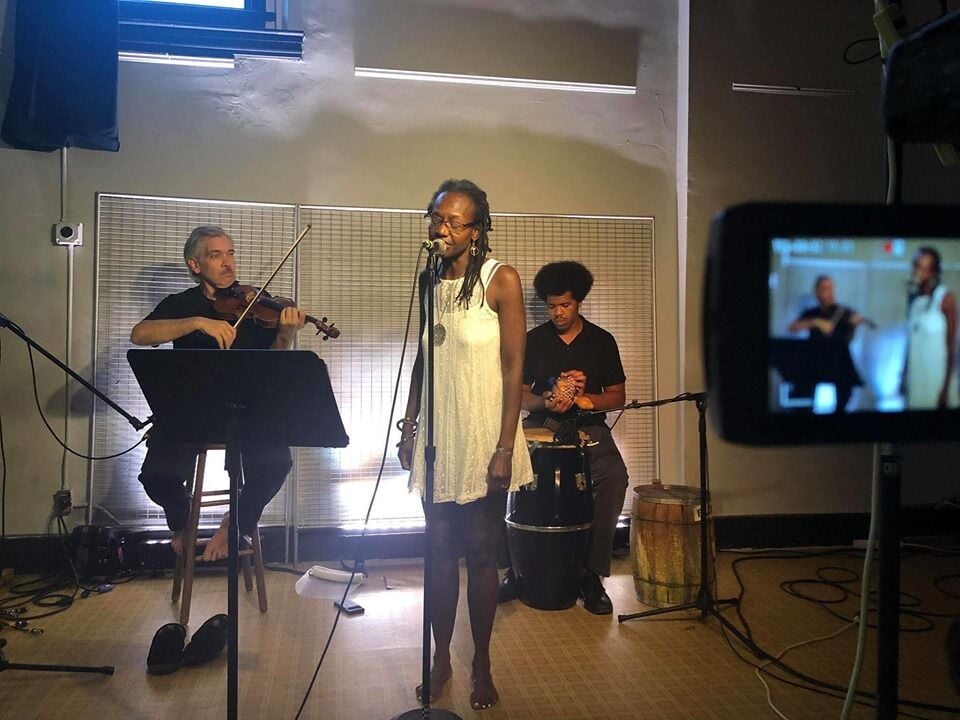 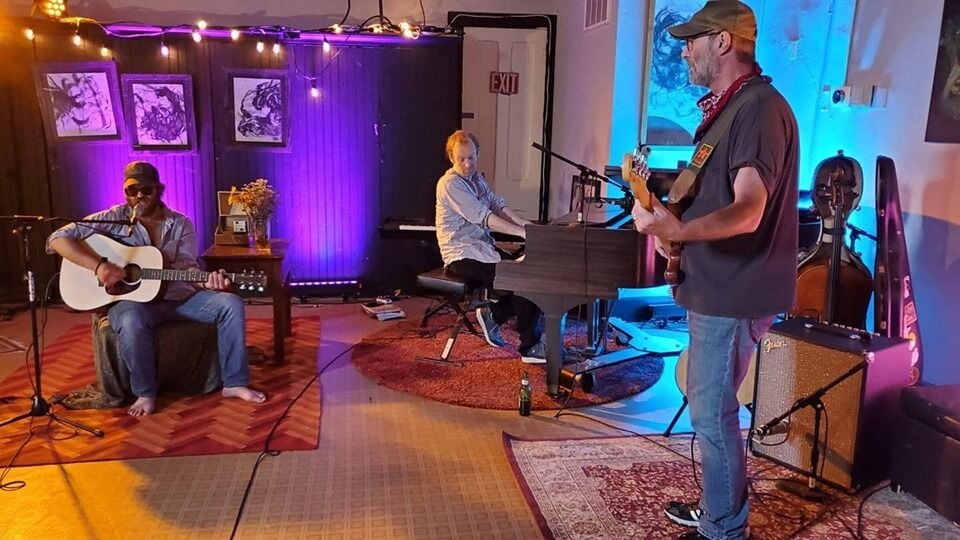 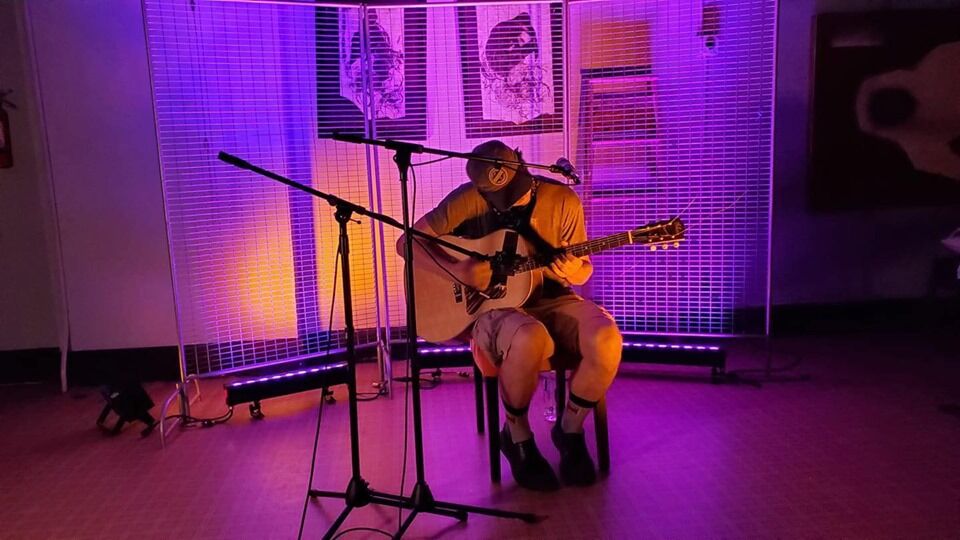 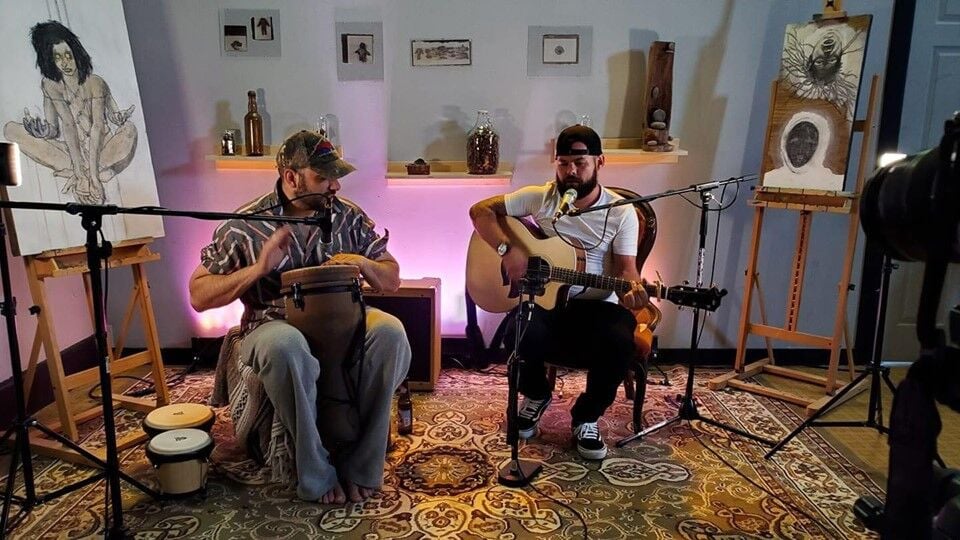 If you live in Lancaster city or the surrounding area, there's a good chance that you know someone that is performing as a part of SOCA Fest.

The all-day, live streamed presentation of the arts premiering on Saturday, July 18, boasts over 80 musicians, comedians, artists and yoga instructors. Consider it a hyper local, arts-based edition of Six Degrees of Kevin Bacon.

"We started putting this together and hoped we'd get five bands, and it's turned into so, so much more," says Jesse Clark, owner of Station One Center for the Arts.

The festival will act as a "telethon"-style fundraiser, with hopes of raising $10,000 to, among other goals, facilitate safe art classes for children who can't or won't be able to return to school in the fall. The all-day event will stream live from SOCA's website and Facebook page. The festival is a mix of performances recently recorded at SOCA and submitted live videos from the last several years.

As with all businesses, especially those in the entertainment sector, SOCA has found ways to stay creative with community engagement in the last four months. That ingenuity led directly to SOCA Fest. Since 2018, the King Street facility has hosted everything from concerts to a circus school, with nearly every type of art represented in some way.

Within the first week of quarantine, Clark created "SOCA Art," a Facebook group encouraging artists of all stripes to promote their art digitally. The group now has 1,200 members, a perfect testing ground for approaching a virtual festival.

After moving the venue's long running open-mic variety show online via Facebook Live and Zoom, Clark began the tentative conversations of how a pre-recorded showcase might look. Around the time that SOCA was granted nonprofit status in June, Lee Cohen was hired as Director of Community Arts Engagement, a position that, in her words, is "to assist in creating an arts community that speaks to and represents the culture of the city."

"With this, it comes back to, art is community, and community is art, so how do we meld the two?" Cohen says.

Apparently, that is by hosting just about everyone that asked to participate.

As the yellow phase turned to green, Cohen and Clark remained on course with a virtual festival, despite some Lancaster businesses continuing to tip-toe into in-person events.

"Every act would have had to be acoustic if it was live," Cohen says. "If the music is loud, people will get closer just to be able to hear each other, so the idea was scrapped in the planning stages."

In its place is something different entirely - a full day of music and arts, just pre-recorded and edited, with different viewing pages for different art forms and music genres. A donor purchased a yearlong account of Vimeo Plus, allowing SOCA to showcase video up to 4K definition, compared to the spotty connection of free services such as Instagram Live and Zoom.

SOCA's main room, which Clark estimates at 70 by 30 feet, includes more than enough space for himself, Cohen and the artists to stand as far apart as each individual's comfort levels will allow when recording. Cohen set up lighting and ambiance, and recorded the acts, often switching up the space for each specific artist.

"Take Nice for example, they're an incredibly high energy noise band," Cohen says. "So that sort of informed the way we did the set. I went nuts with the lights just to try to match the energy I knew they would bring."

As for the performers themselves, well, it's a long list. Consider this: here are just some of the names of contributors - Tuck Ryan, Baltic Noise, Rubi Nicholas, The Ogham Stones, Laura Luce, Dillweed, Kareem D'Ant, Cam Hartman and Jesse Barki.

Now look at all those names, and ponder that this is not even half of all the names involved. Plus, along with the music, art, stand-up comedy and yoga, Michael Hoober of the Lancaster International Short Film Festival contributed some 20 short films for viewing, as well.

"I'm looking at the spreadsheet right now and it is an absolutely chaotic mess," Cohen says with a laugh. "But it works for us."

Unlike a standard music festival, there are no "headliners," so to speak, but if someone were to be given points for "Most Appearances at SOCAFest," it would probably go to Lancaster musician Ben Roth. Appearing in no less than four different performance videos, Roth first got word of the festival plans when co-hosting the virtual variety show at SOCA during the last few months.

"It felt good to do some sort of performance, because there's got to be some scientifically proven thing where certain chemicals are released in your brain when it's a live performance rather than just messing around at home," explains Roth. "So it was cool to have an outlet for this."

In one performance, Roth acts as DJ and guitar soloist on "BARS (I Can't Breathe)" by Ben Oaks and PINK i. In one of the festival's handful of videos not recorded specifically for the festival, Roth shows up as guitarist and vocalist for his band Sleepy Limbs.

"We had Ben in here earlier and I was dancing around the room," Cohen says.  "I popped into the soundbooth to Jesse and I was like, "This is our job, we get to do this! I'm having so much fun."

Yet another is a showcase of Roth's beat-making alter-ego, Dr. Baxter.

New music from Lancaster musicians over the past month includes songs by Gregory Martinez Jr., Nearly York and more

"That's kind of what I've been putting most of my energy and artistic time into during quarantine," Roth says. "Just because all of our bands have been unable to practice, shows aren't a thing, this is something that I can do when I have time, which is all the time now."

Roth's last appearance in the festival isn't even really an appearance at all - it's more of an audio cameo in girlfriend and SOCA yoga instructor Bri Piccari's pre-recorded yoga session.

Despite not having a class to lead, Piccari recorded a 45-minute session, complete with Roth providing ambient beats, as part of the festival's yoga-centered kick-off at 7 a.m. on Saturday.

Over the last several months, Piccari has worked from home, occasionally hosting live classes over the internet since she can't host classes at SOCA, where she's held classes weekly for nearly two years.

"It's a full-body flow," says Piccari of her session, "I don't know about the rest of the population, but I sit all the time, so my lower back hates me, and I stare at a computer screen so my neck isn't happy. So, I tried to gear it towards that."

Though she concedes that yoga classes in a mostly empty room don't compare to a regular class, Piccari made the best of the situation, with a little help.

"I was a little nervous, because it was weird to be back in the room that I teach in but not have a class there," Piccari says. "Lee was so sweet, she was like, 'Let me at least try to start the class with you,' and she was moving through some of the poses with me behind the camera, which really helped."

Musicians that haven't performed live in months, comedians trying out new jokes without an audience and yes, yoga instructors without present students are all stepping out of their respective comfort zones for the sake of art.

While it's all not the same thrill as seeing music live, it's certainly as close as Lancaster County has come to a full day music and arts festival online during this quarantine. Performances aren't the end goal, they're a ways to hopefully encourage viewers to support art-based education when the need is so strong.

"With COVID and schools being shut down, art teachers are getting furloughed, and there's no plans for them to have any supplies for students," says Cohen. "With the technology we have here and the funding we're hoping comes in, we'll be able to do our own distanced art classes to offset that loss. Art might not save anyone's life, but it can make life worth living."

'It was just like making a painting': 'Keystone Classics' brings local hip-hop producers to the forefront

Note: This story will be updated as LNP | LancasterOnline receives additional information.

I recently visited the hair salon for my first cut since October.