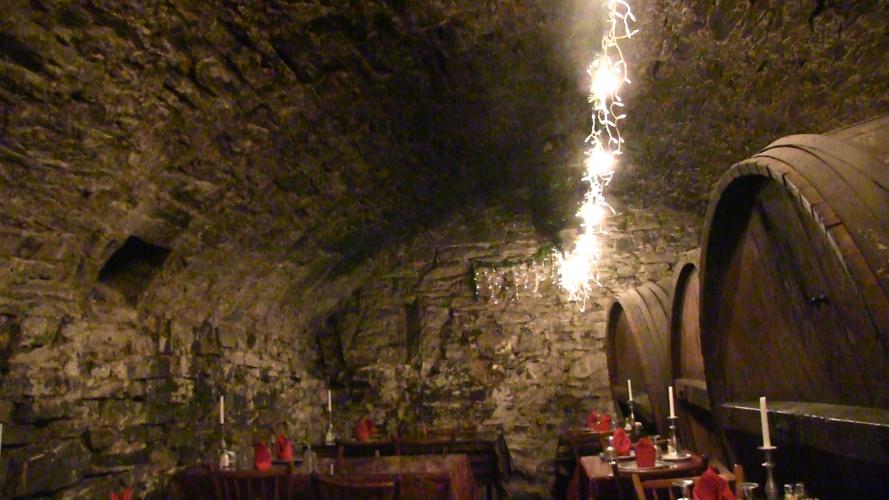 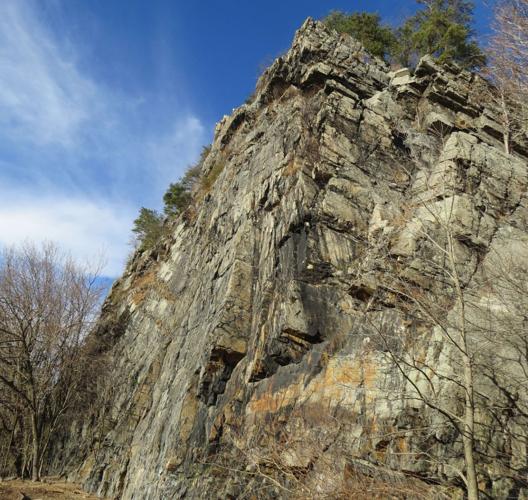 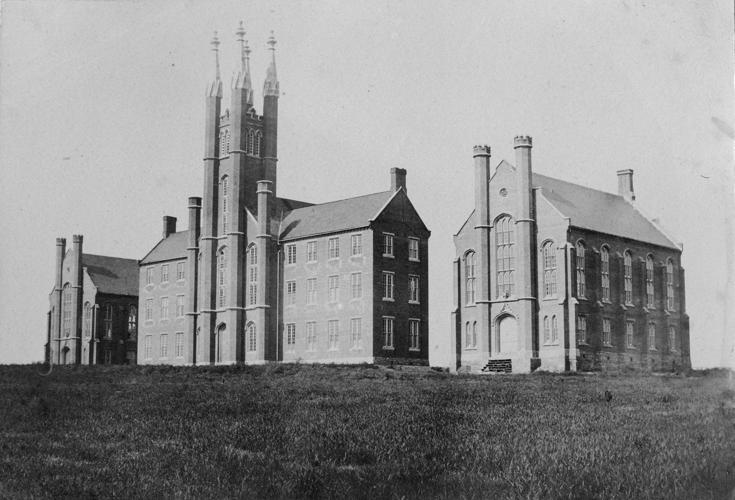 Built on what was storied to be Lancaster’s former Gallows Hill, Old Main (in the middle) is flanked by Goethean Hall, on the left, and Diagnothian Hall in this 1850s photo. The spot, the highest point in Lancaster city, was the site of public hangings before 1834. 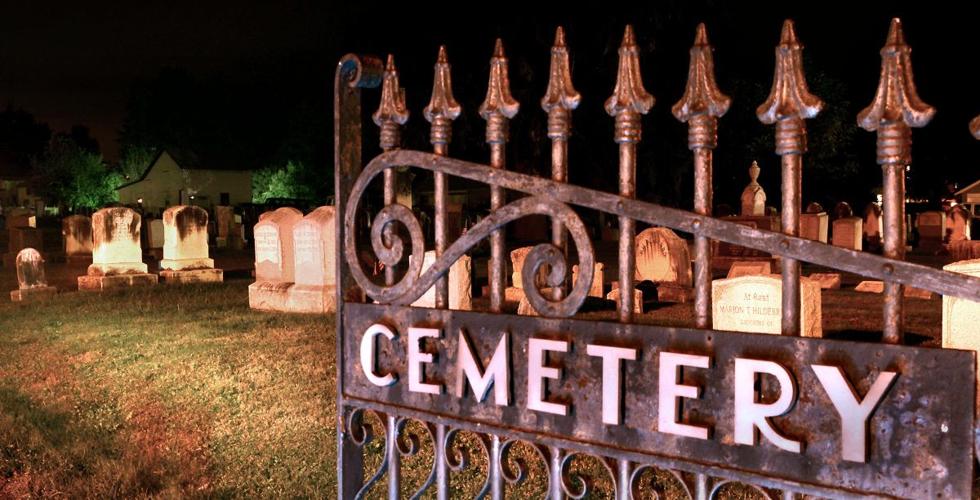 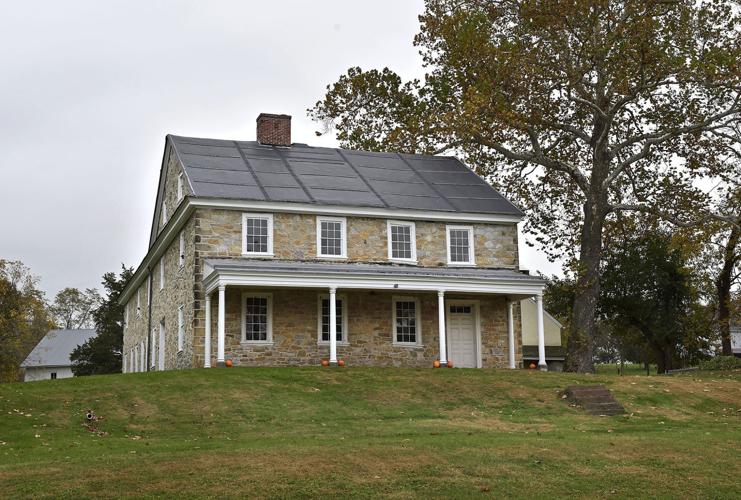 Exterior of the mansion. 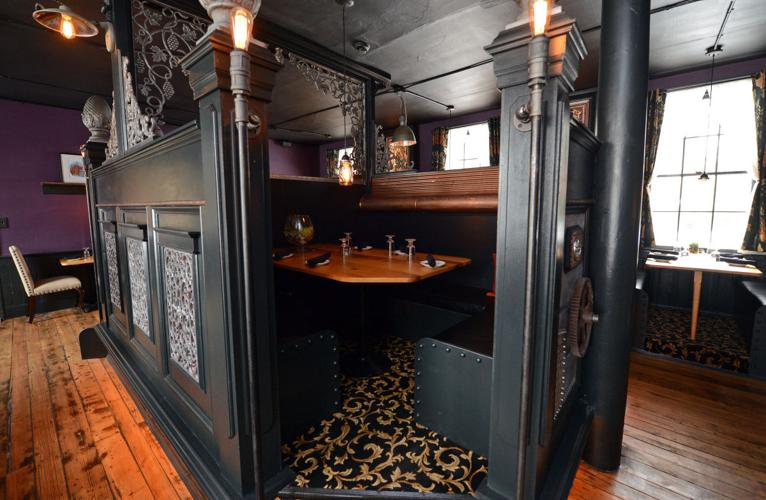 The restaurant at Railroad House Inn has seating for 94, including 24 seats around the bar, 46 in the main dining room and 24 in a smaller dining room. 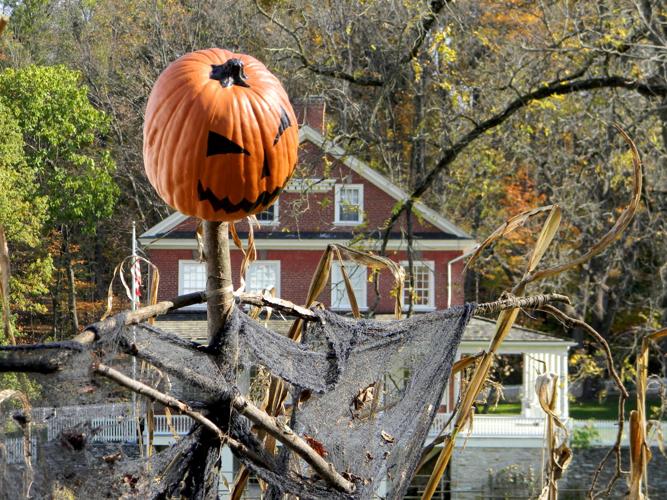 Rock Ford Plantation, shown decorated for Halloween festivities in a file photo from 2015, is reputed to be haunted. 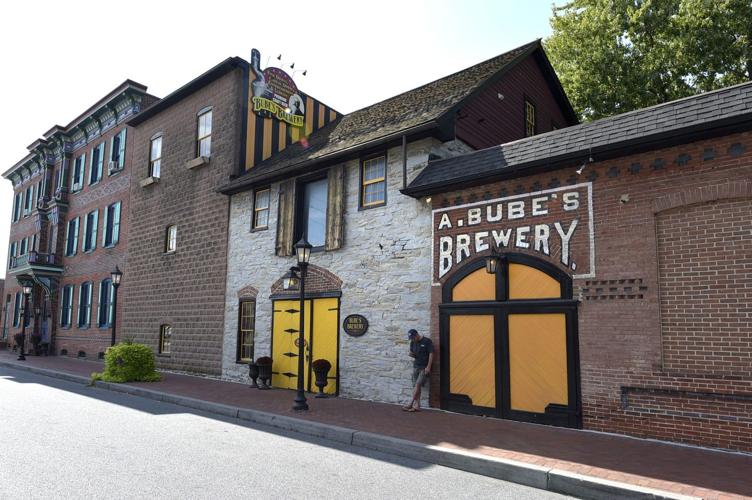 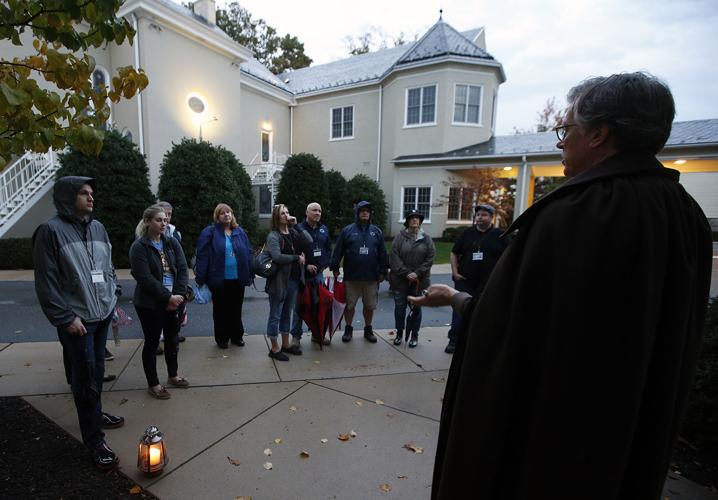 The group listens to a story about the Corpse House at the Moravian Church during the Lititz Ghost and Departed Spirit Tour Sunday October 30, 2016.

Where there’s history, there are ghosts. Lancaster County has plenty of history—and plenty of ghosts.

Here are some places to visit the supernatural.

The restored 1800s building complex that houses restaurants and a microbrewery may also house some spirits other than the drinking ilk. The apparition of a young woman in a long gown wandering through an art gallery, and a male ghost may reside on the premises as well. Ghost tours are offered on certain days of the week. The place has been featured on TV’s “Ghost Hunters.”

Chickies Rock, a outcropping of rock in western Lancaster County that looks over the Susquehanna River, is known for its unexplained phenomena, including a 16-foot-tall creature with no arms or visible legs, a head covered with bandages, with knives protruding from the bandages, spotted in 1946. An old stone farmhouse on the property is reportedly haunted. It’s closed to the public but you can see it.

The Gothic Revival building was constructed in the 1850s, reportedly on the site of Lancaster’s former “gallows hill,” where convicted criminals were hanged. It’s served as a chapel, classrooms, administrative offices and more. It’s on the National Register of Historic Places. F&M archives have stories about the bell in Old Main tolling in the middle of the night without any human involvement.

Ghost Tours of Lancaster and Strasburg and Lititz

Participants explore downtown Lancaster and hear about 300 years of haunted history. They also can tour Strasburg to hear about haunted mansions and eerie graveyards and Lititz, to hear ghostly tales at the General Sutter Inn  and the Corpse House, where Moravians kept the dead before they were buried.

A corpse house, an unknown tomb and a mysterious volunteer from 1700s featured in Lititz ghost tour

The mansion, which dates from the 1700s, is a hot spot for paranormal activity, including a grouchy man, a little girl, a little boy, a teenage boy, an English woman and a female servant in the summer kitchen who “loves to sing and hum. She also loves to rub men’s heads.” Oral history suggests that workers installing underground plumbing and electricity on the site found 92 unmarked graves on the property. Weekly Sunday tours from May until early October.

This restaurant and inn, originally from the 1820s, is said to be haunted by the men who worked nearby as well as many other spirits. The ghost of a young girl with blonde hair has been seen, dressed in Victorian clothing, and the staff says she likes to play games. Kitchen employees report seeing objects that move on their own, or finding utensils strewn all over the kitchen. Guests here have noted cold spots and eerie feelings, and have seen apparitions of men and women: Room 6 is said to be an especially active room. The tavern also is said to be popular with the spirit set. Apparitions and cold spots have been noted throughout, and a ghostly woman named Annie is said to flirt with tavern patrons.

The home of George Washington’s pal, Gen. Edward Hand, has earned a reputation for apparitions, footsteps in empty rooms, strange knocks and barely heard conversations when no one else is there. Guided tours of the mansion from April through October.

Ghost stories: Lancaster County has its share of things that go bump in the night

Haunted Lancaster: Actors aren’t the only ones putting on a show at Fulton

With history comes stories that are passed down through the generations. The Fulton Theatre,…

Gone, but not forgotten: The little cemetery plots on Lancaster County properties have a story to tell about those who are buried there

This article was a part of the "Haunted Lancaster" series, produced by LancasterOnline and s…

Agricultural abundance and more abound in Lancaster County during the fall harvest time.

A wide variety of stories about ghosts and history will be told in ghost tours being held every night  in Lancaster and weekends in Strasburg.

With gargoyles, Lancaster city buildings are always watching you

Editor's note: This story was originally published in Oct. 2014.