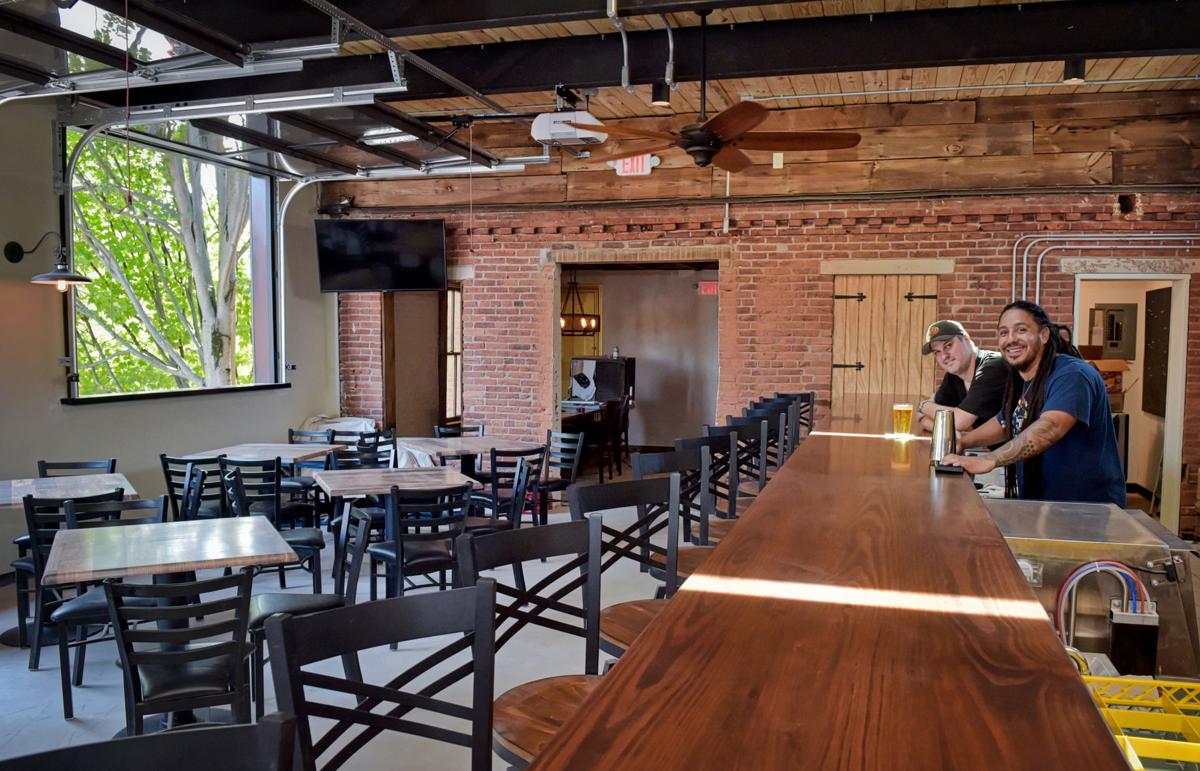 From left, Craig Trissler, co-owner, and Jimmy Vega, bar manager, behind the upstairs bar at 551 West. The bar and music venue has undergone building-wide renovations. The upstairs renovations will be shown off for the first time at a 9/14 block party. Wednesday, September 11, 2019. 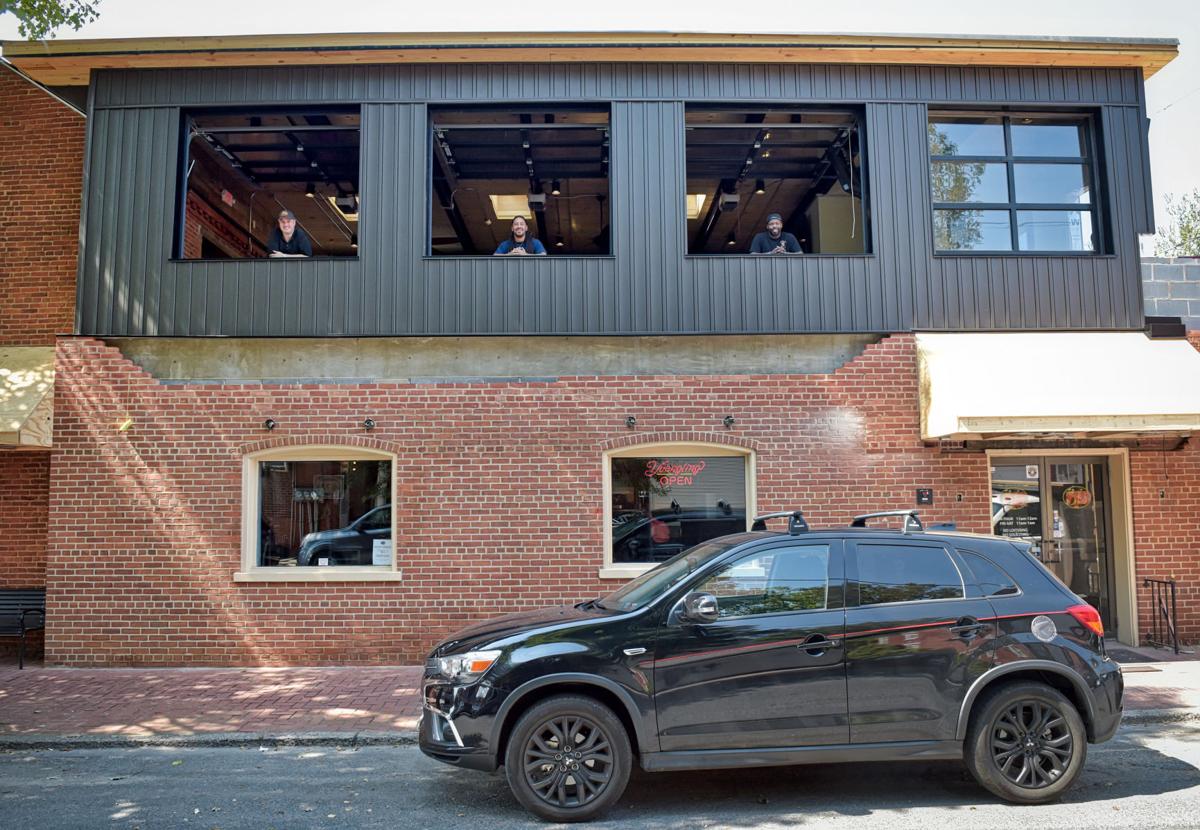 Looking out the upstairs garage doors are, from left, Craig Trissler, co-owner, Jimmy Vega, bar manager, and bartender Jordan Toney of 551 West. The bar and music venue has undergone building-wide renovations.The upstairs renovations will be shown off for the first time at a 9/14 block party. Wednesday, September 11, 2019 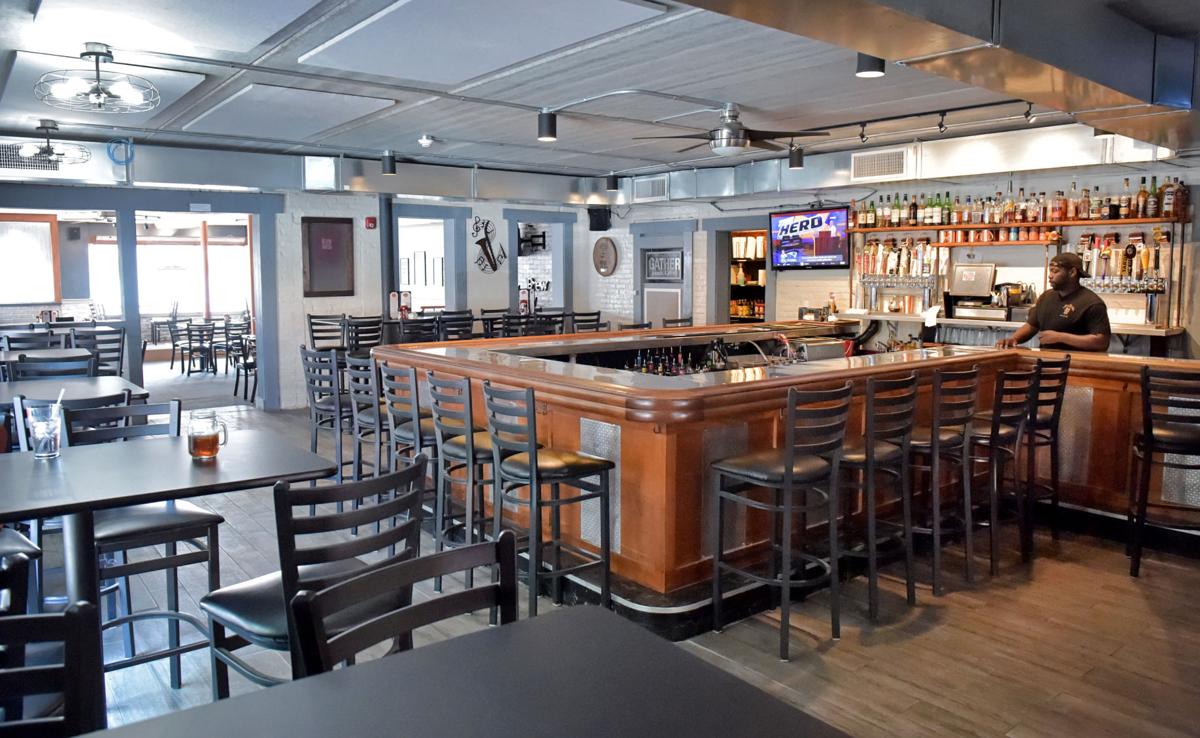 The downstairs bar area of 551 West, which has undergone building-wide renovations. The upstairs renovations will be shown off for the first time at a 9/14 block party. Wednesday, September 11, 2019 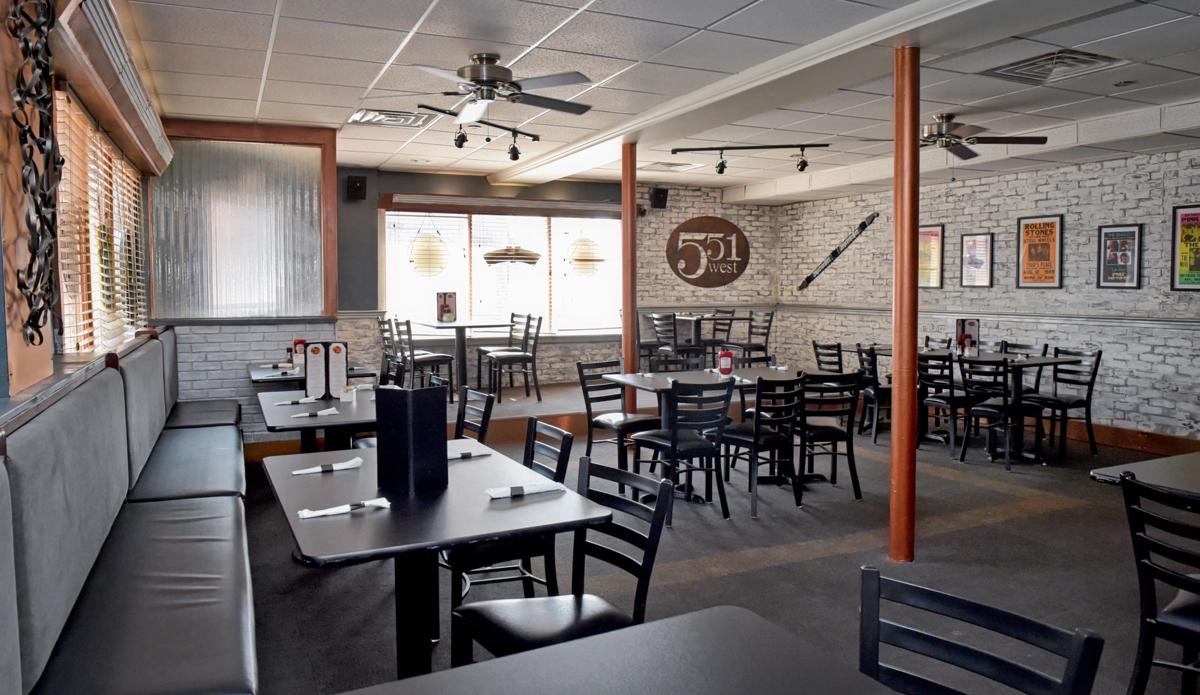 Dining and music venue 551 West has undergone building-wide renovations. The upstairs renovations will be shown off for the first time at a 9/14 block party. Wednesday, September 11, 2019 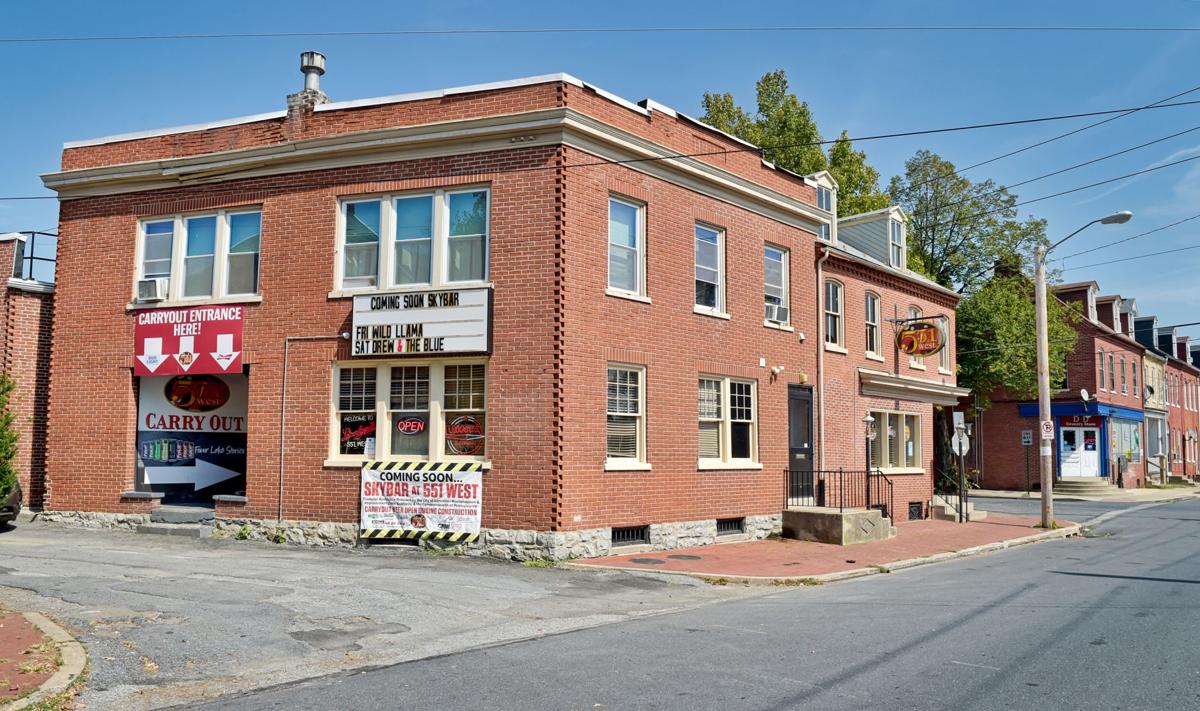 Exterior of 551 West. The bar and music venue has undergone building-wide renovations. The upstairs renovations will be shown off for the first time at a 9/14 block party. Wednesday, September 11, 2019

Charles and Craig Trissler have long had a dream to bring a rooftop bar to 551 West.

The father-and-son duo who co-own the bar and restaurant just celebrated its seventh anniversary Tuesday. And there’s a lot more to celebrate, too, as the Trisslers have finally made that rooftop vision materialize.

Pending a fire inspection, 551 West will debut a portion of its new Skybar today. Local stalwart Octavia Blues Band will perform on the venue’s first floor tonight, and on Saturday, 551 West plans to open its Skybar again during its annual Community Block Party with a Battle of the Bands competition and a performance by Point Blank. The event will close a portion of Pine Street.

Charles Trissler estimates the renovations cost roughly $500,000. The changes will increase the venue’s capacity by about 55.

“We had been growing at a pace that is faster than I thought,” Charles Trissler says, noting that now seemed like the natural time to invest in the building and business.

The Skybar is the latest in a series of renovations the bar and restaurant began about a year and a half ago. The changes began on the first floor, where the wooden paneling on the walls has been removed to expose the building’s brick, now painted white.

Another major change on the ground floor is a larger waiting area to accommodate guests looking for seats and guests waiting for carryout food orders.

“Everything was built for efficiency and speed,” says Craig Trissler. That extends to the kitchen, too, where a new hood and upgraded work stations will allow for faster production of food.

“It’s kind of the cart before the horse,” Charles Trissler says. “You’ve got to make sure that the kitchen can produce what we’re asking them to do up here.”

Craig Trissler’s fiancee, Wendi Jo Groff, selected the color scheme and decorations in the updated spaces. White, gray and black give the first floor a bit of an industrial look, which is tied into the Skybar upstairs. Soon she’ll arrange a vintage photo of downtown Lancaster into the panes of a large, rustic window pane. Reclaimed windows from the building itself are elsewhere throughout the renovated spaces.

“We went with a classic look,” Craig Trissler says. “This is a timeless look, so it’s not faddy. So we won’t have to renovate every five or six years. This will hopefully be good for generations.”

The Skybar has several reclaimed wood fixtures made out of beams that formerly were part of the ceiling structure. The glossy wood bar was made out of that reclaimed material by George’s Furniture in Marietta.

“That guy is an artist, as far as I’m concerned,” Charles Trissler says. Guests also will spot the reclaimed wood in shelves behind the bar.

A large portion of the building was completely overhauled to accommodate the Skybar. The ceiling was replaced with a hollow-core concrete made in State College. The hollow sections of the concrete make it less heavy, yet still strong enough to “park a tractor trailer” on top of, according to Charles Trissler. Plus, it’s highly rated in fire safety.

The Skybar’s most prominent feature is four garage doors that can open or close according to the weather. The Trisslers say they wanted to ensure they could use the new space year-round.

The Skybar will have an area that is open air, as well. The Trisslers call that the Lookout Lounge, which is still in progress and likely won’t open until 2020. That area will feature a fire pit and accompanying U-shaped couch, as well as shade from the sun. The indoor and outdoor rooftop spaces are arranged in such a way that they share a small stage area, allowing performers to set up indoors or outdoors, depending on the weather.

The Skybar also has a small private dining area that seats about 10. The buildingwide renovations also included four gender-neutral bathrooms. Charles Trissler says his wife has long expressed the importance of a proper, clean bathroom in a business, so he makes it a priority. She’s also to thank for plentiful purse hooks that line the bar in the Skybar.

Like the long-standing logo for the restaurant, the Skybar’s logo is based on a painting by Lancaster artist Charles Demuth.

Accommodating the venue’s many live music offerings has remained an important factor in all of the renovations, Charles Trissler says. And they hope the laid-back atmosphere reflects the vibe of many of the venue’s guests.

“I don’t want the suit-and-tie guy,” Charles Trissler says. “I want the guy that’s going to come here and have fun.”

Jimmy Vega, 551 West’s head bartender, has worked at the restaurant for five years. He’s excited about the changes.

“The progress is the coolest part,” Vega says. “Every single day, something is new, or something else changes.”

“We’re a work in progress all the time,” Vega says. “We’re always working to be better and working to make sure we take care of everybody.”

Lancaster's music scene will be significantly represented at a competition in Memphis early next year.