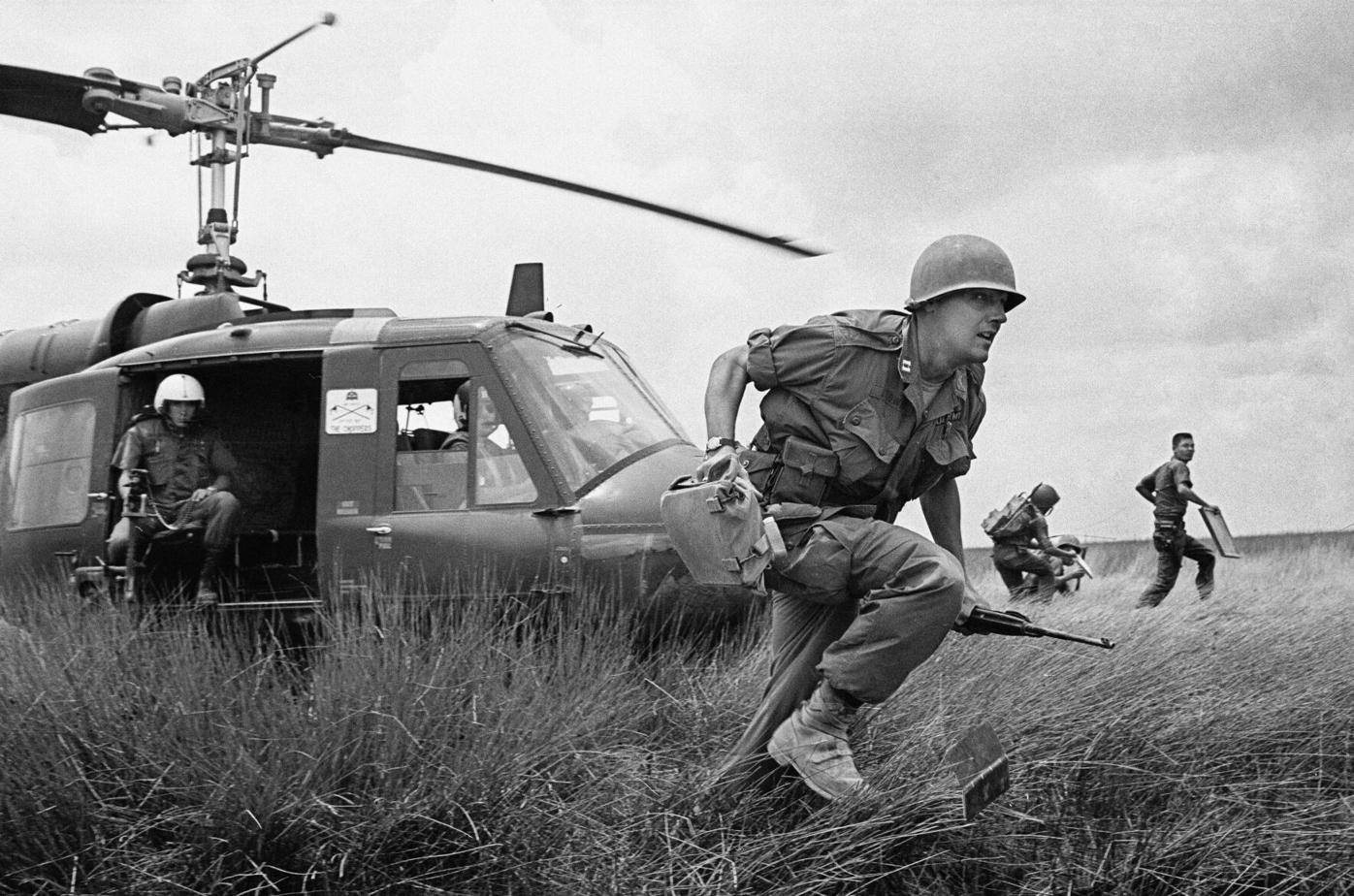 Capt. Donald R. Brown of Annapolis, Md., advisor to the 2nd Battalion of the 46th Vietnamese regiment, dashes from his helicopter to the cover of a rice paddy dike during an attack on Viet Cong in an area 15 miles west of Saigon on April 4, 1965 during the Vietnam War. Brown's counterpart, Capt. Di, commander of the unit, rushes away in background with his radioman. The Vietnamese suffered 12 casualties before the field was taken. (AP Photo/Horst Faas) 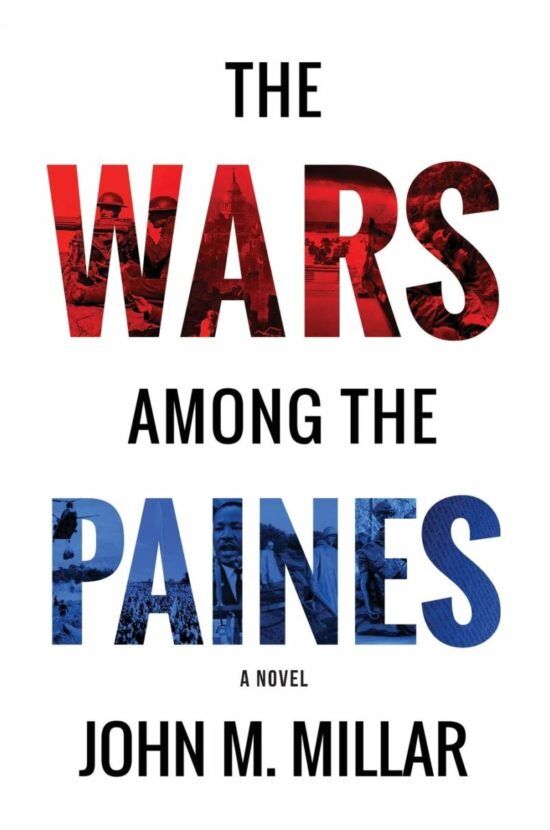 "The Wars Among the Paines" is John M. Millar's first novel. 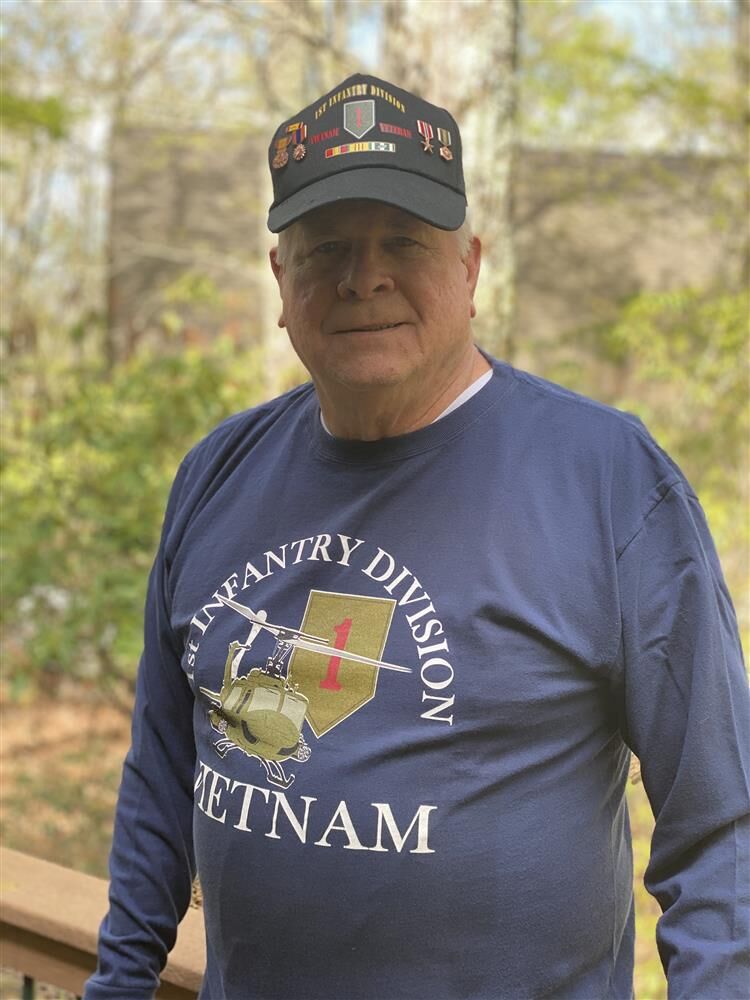 John M. Millar, the author of "The Wars Among the Paines," served in Vietnam and went on to a successful career in commercial real estate. The Park City Mall was one of his projects.

John M. Millar’s first novel, “The Wars Among the Paines,” took him 50 years to write.

When he started the project, he planned to write about a young man and his family’s experiences during the Vietnam War era. Over five decades, the concept expanded a bit.

“The Wars Among the Paines,” released in late September, chronicles the history of multiple generations of the Paine family and their experiences in American battles dating to the Revolutionary War.

Millar always wanted to write a book, but his career in commercial real estate, including his project developing the Park City Center mall, kept him from devoting the time necessary to fully develop the book he envisioned.

Millar, who grew up in Danville and graduated from Danville High School in 1962, attended Cornell University, where he majored in prelaw. But his passion, he says, was literature.

“My minor — which wasn’t so minor — was literature,” says Millar, who now lives in Virginia Beach. “I was inspired by John Dos Passos and many of the people that wrote about war through their experiences.”

Millar’s influences in early- to mid-20th century literature are on full display in “The Wars Among the Paines.” He draws from one of his heroes, Ernest Hemingway, by including details of the horror of war, as well as chronicling the enduring but strained relationships between men and women during war time. The novel also nods to William Faulkner with the in-depth exploration of relationships within a dysfunctional family.

From Pa. to Di An

Millar’s characters travel the globe, from battlefields in Europe to the jungles of Vietnam, but the epic also features many settings that will be familiar to local readers, with much of the action taking place in Pennsylvania, featuring scenes at Susquehanna Valley farms, Harrisburg’s City Island and elsewhere.

The “Wars Among the Paines” may be a work of literary fiction, but Millar, who enlisted in the Army infantry and spent much of the Vietnam War around the Di An, Lai Khe, Quan Loi and Phouc Vinh regions, used some of his own experiences in the book.

“The Robert Treat Paine II character has maybe my early years from 6 through college. And some of the Vietnam part, but not the dramatic part,” Millar says. “I wasn’t wounded, and I did not get the Congressional Medal of Honor or any of those things. So that part is fiction.”

Like another war book released this year, Héctor Tabor’s “The Last Great Road Bum,” which deals with a man searching for adventure in order to write about it, Millar says he enlisted in the Army in order to be able to write about war authentically.

“Ultimately I volunteered for Vietnam to get the grist for a war novel,” Millar says. “Once I got there, I realized what a grim mistake it was — more for the Vietnamese who lost millions and millions of people that we killed with our bombing.”

Millar’s book serves as an epic playlist of the popular music of the 1950s and ’60s. He cites song titles and occasionally lyric fragments at the beginnings and endings of some sections, adding to the book’s sense of nostalgia.

“The rock ’n’ roll of the ’50s and the poetic songs of the ’60s were our background,” Millar says. “Anything that would trigger a memory.”

Unlike the narrator of the popular Arlo Guthrie anti-war song “Alice’s Restaurant,” Millar says his mental state made him enlist in the Army rather than evade it.

Millar says he was wild and undisciplined during his college years. Despite having a three-year deferment, he decided to enlist and ship off to Vietnam.

“If you read the Cornell chapters, you’ll see I was insane,” Millar says. “I decided if I wasn’t going to be disciplined, then I needed an organization that would make me. I needed to be brought around, and thankfully the military did that for me.”

That’s not to say “The Wars Among the Paines” is a pro-military book.

“It’s basically an anti-war book once you get down to it,” Millar says. “All the blood and guts and havoc — you know, entire generations of young men wiped out in their bloom. The loss of life in World War I and World War II is staggering. I don’t know why anybody would fight again. It’s just so devastating. I guess it’s just collective amnesia.”

Though Millar wrote the book before any of the current events surrounding civil unrest, the book seems to speak directly to what’s going on today.

“In the ’60s, there were so many parallels to what’s going on now,” Millar says. “You had the civil rights movement, you had a crooked president and you had a very unpopular war. There’s just so many incidental parallels that were not intentionally written into the book, just recent history caught up with the ’60s.”

Millar began making notes for his planned magnum opus immediately upon returning home from Vietnam in 1969. He began writing in 1970, but his focus shifted, as he had a family and began a career in commercial real estate. He made the most of the time he spent on the road for work.

“But because I was traveling and I was on the road four nights a week, I would sit in my hotel room and write the story,” Millar says.

The story changed over the years, Millar says, though elements of his early attempts remain.

“There were many things that I kept that I was able to write into the story — primarily the college years, the Vietnam years, originally that was my focus,” Millar says. “But it rapidly became a story about four wars and one family that was intertwined in all of that.”

When he retired, Millar says he finally got around to planning the novel in earnest. Once he had free time — and decades of drafts — he says the story fell into place, and he secured a publisher in Koehler Books. It was set to be released in May, but due to the COVID pandemic was pushed back until the end of September. Now, after 50 years, the novel is out in the world.

“To have my novel go on sale throughout the United States after 50 years is a dream come true,” Millar says. “After a full life with a wonderful family and a successful career, it’s the cherry on top.”

Now that his 616-page epic war novel is done, Millar says he’s considering working on a book detailing some of the huge changes he witnessed during his career in real estate.

“Some days when I’m not thinking straight, I think I’ll do that because so much happened that was extraordinary from my perspective,” Millar says.

With any luck, he’ll finish it a little faster than his first book.

'A band of bad brothers': The Naval Academy Class of 1952 reunites at Willow Valley

The leaves may still be on the trees, but the holidays will be here before we know it.

A century-old roller coaster car from the former Rocky Springs Park in Lancaster now has a new home in a Texas museum.

The Elizabethtown-based writer's latest book is out today.