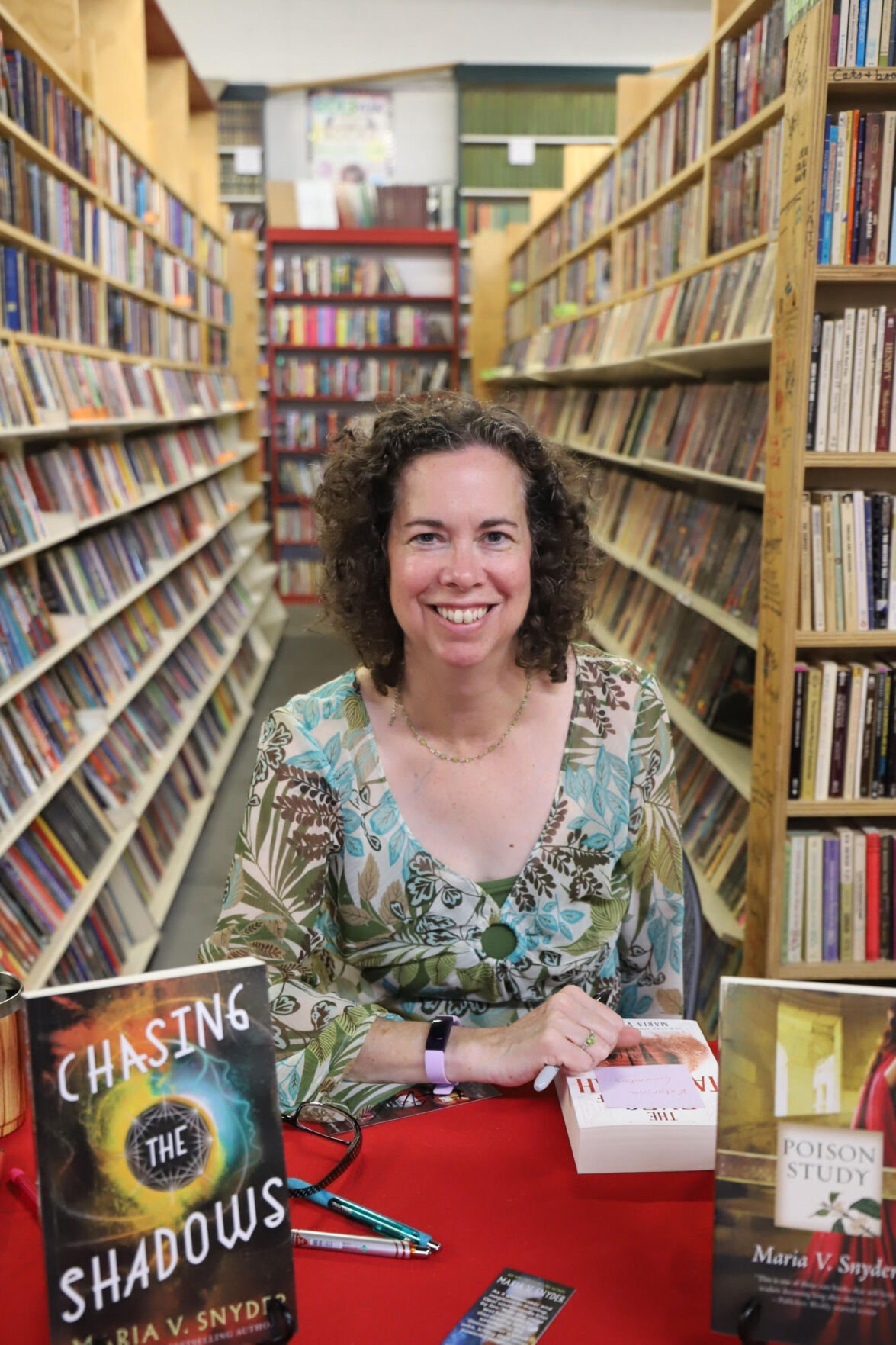 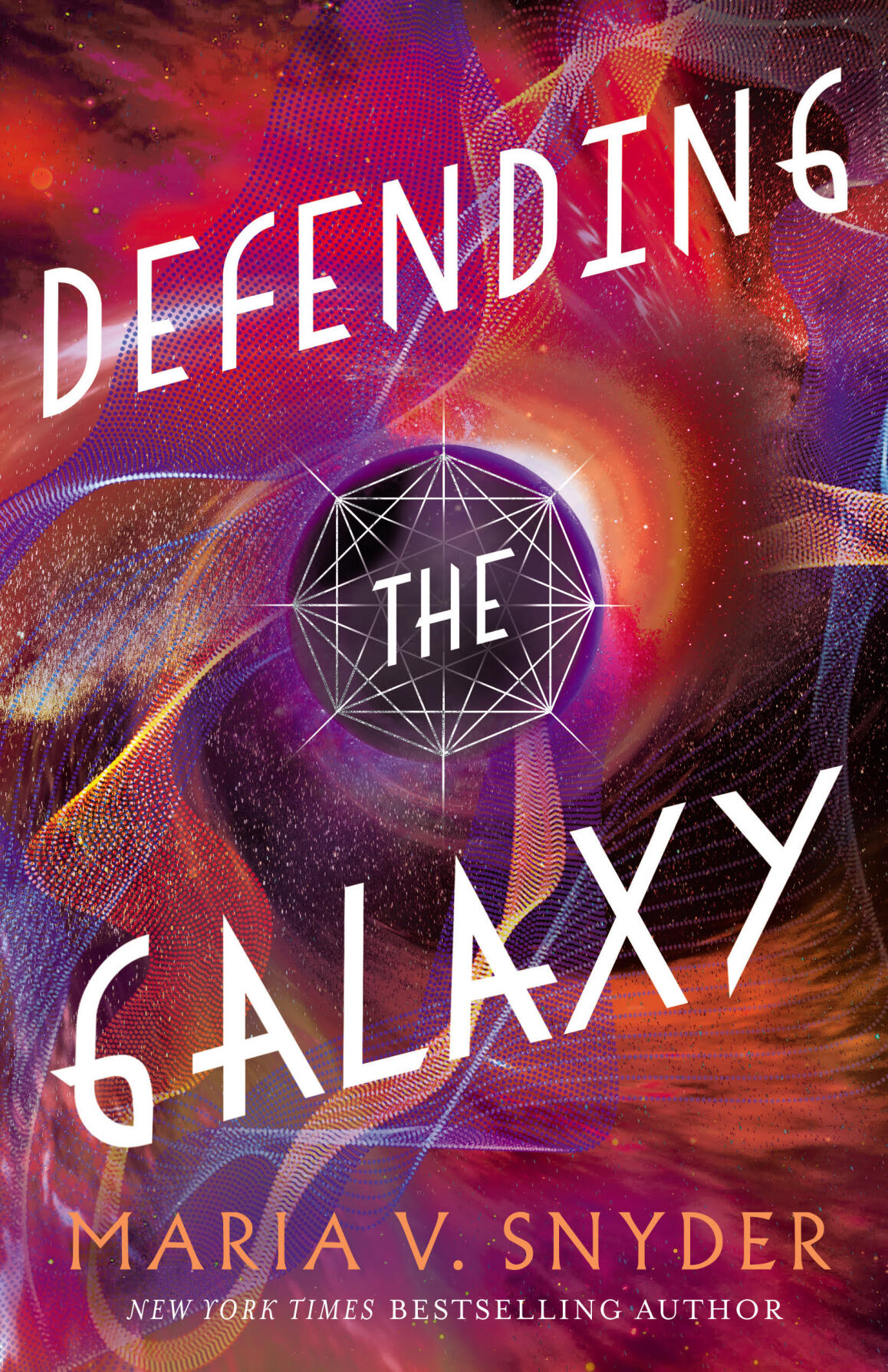 "Defending the Galaxy" is the third and final book in the "Sentinels of the Galaxy" series.

What does a trained meteorologist and a fantasy and science fiction author have in common? Turns out, quite a bit. Both work with science to create predictions and stories about the future. Maria V. Snyder, of Elizabethtown, is proof of this; she worked in meteorology before she looked to the stars for her stories.

Maria V. Snyder’s 19th book “Defending the Galaxy,” the last book of her award-winning young adult science fiction series “Sentinels of the Galaxy,” is out today. The premise of New York Times bestselling- author’s most recent series revolves around the discovery of Terracotta warriors – the same that were found buried in Xi'an, China in 1974 – on planets outside the Milky Way. Snyder even traveled to China (pre-pandemic) to see the Terracotta warriors herself. That’s how dedicated Snyder is to researching her material.

Snyder, an instructor with the Seton Hill University Writing for Popular Fiction MFA program, will sign copies of her latest book at Cupboard Maker Books in Enola on Saturday. In a short email interview, Snyder spoke about writing novels, research and advice for young writers.

Can you talk about the process of creating a fantasy world?

My approach to writing novels is to focus on the characters. I get an idea for a character and a situation, and then I build the world around them. For example, in my first novel, “Poison Study,” I sparked on the idea of a main character who is a food taster. This snowballed into imagining who would do this job, why, and what type of world would she live in. ... A smaller fraction of my novels are science fiction, but my process is just the same except the world ends up having more advanced technology. For example, in my novel, “Inside Out,” I had the idea of a society living inside a giant metal cube and my focus was on Trella, a scrub who cleaned the air ducts. She gets involved in a quest to find a gateway to the outside and the situation just fit better in a science fictional world. Also it was fun to use my experience as an environmental meteorologist/scientist to ensure all the science of the air handling systems, waste-water treatment plants and recycling plants was accurate.

What kind of research went into the “Sentinels of the Galaxy” series, specifically the latest book “Defending the Galaxy”?

As part of my research for the series, I learned everything I could about the Terracotta Army in China, and last year, I visited Xi'an and saw them in person! A fantastic experience. The other thing I did was attend a week-long, intensive workshop called Launchpad. It’s taught at the University of Wyoming and is titled, “Astronomy Workshop for Writers.” The Science Fiction Writers of American funds this program. Its purpose is to educate writers about space, planets, suns, galaxies, black holes, quasars, and pulsars. …I wanted my books to be as accurate as possible in regard to the science.

How does you background as a meteorologist play into fiction that takes place in alternate realities?

My background as a meteorologist has come in handy for a number of things. For example, when creating a magic system for my fantasy world, there needs to be a logic to it. Magic has rules and consequences and limits. … Being a scientist also makes me a stickler for logic and you won't find any plot holes in my novels. It has also given me ideas. In 2005 there were seven major hurricanes (with three of them reaching Category 5 wind speeds) that hit the U.S. – one of them was Katrina. These storms killed thousands and caused billions in damage. As I watched the news, I wished there was a way we could syphon the powerful energy from a storm and bottle it as clean energy. An average hurricane produces so much energy it could generate enough energy to fuel the entire world for 200 days (I did the math). Since we don’t have the technology to do this, I created a magician called a “Stormdancer.” These magicians can harvest energy from storms and bottle them in glass orbs that are used to fuel factories. And these magicians are part of my “Glass” series of books. The first is Storm Glass.

Who are some of the authors that have influenced your work?

I read a ton of mystery books growing up and Dick Francis was a big influence on my writing style. Except for my one series, I write my books in first person point of view like he did. I love that intimate, direct connection with the readers. … As for fantasy and (sci-fi) authors, I was inspired by Barbara Hambly, Marion Zimmer Bradley, David Eddings, Connie Willis, Kate Elliott, and Anne McCaffrey. They all have strong female protagonists, which was hard to find in the ’80s and ’90s.

Can you give some advice to young, aspiring writers?

What: “Defending the Galaxy” book signing

Author Latoya Dawkins to give virtual reading to students at King Elementary, her alma mater [Q&A]

Latoya Dawkins’ professional credentials are so numerous, they would be better suited for a scroll than a standard business card.