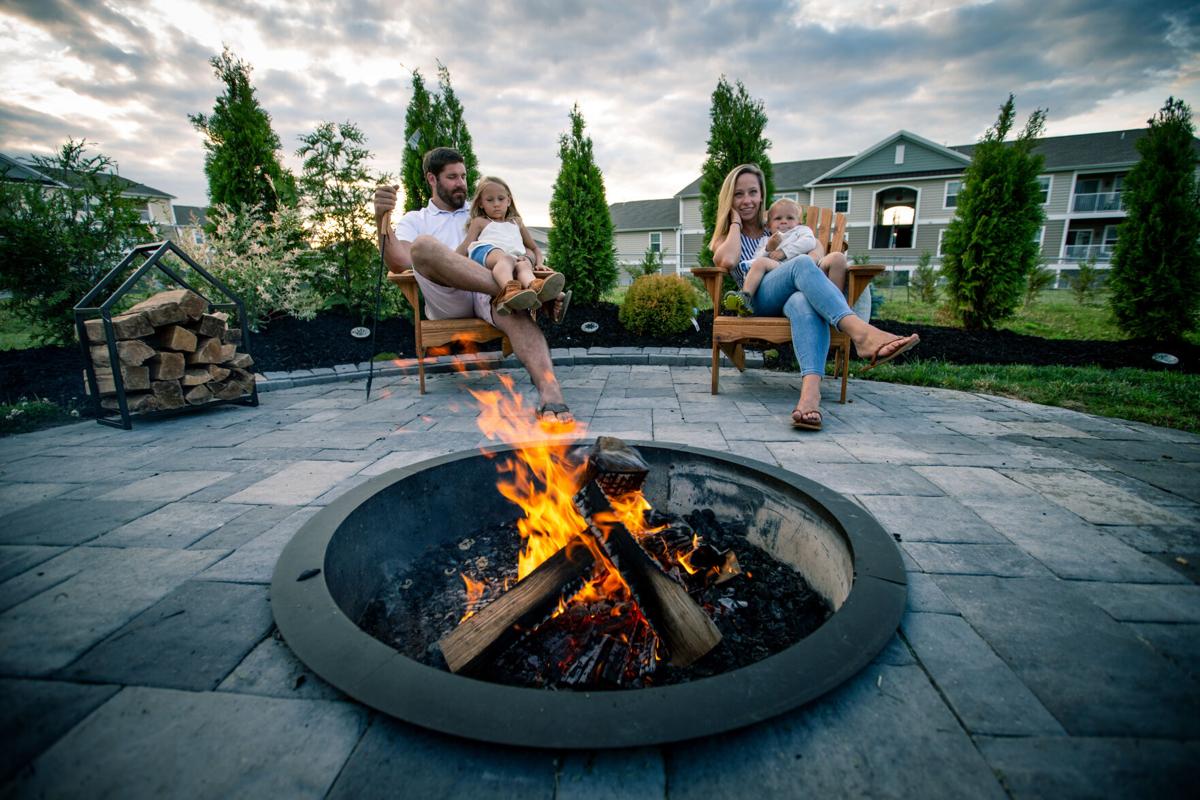 Kevin and Laura Erskine of Elizabethtown enjoy their backyard fire pit with their children, Emma and Lucas. 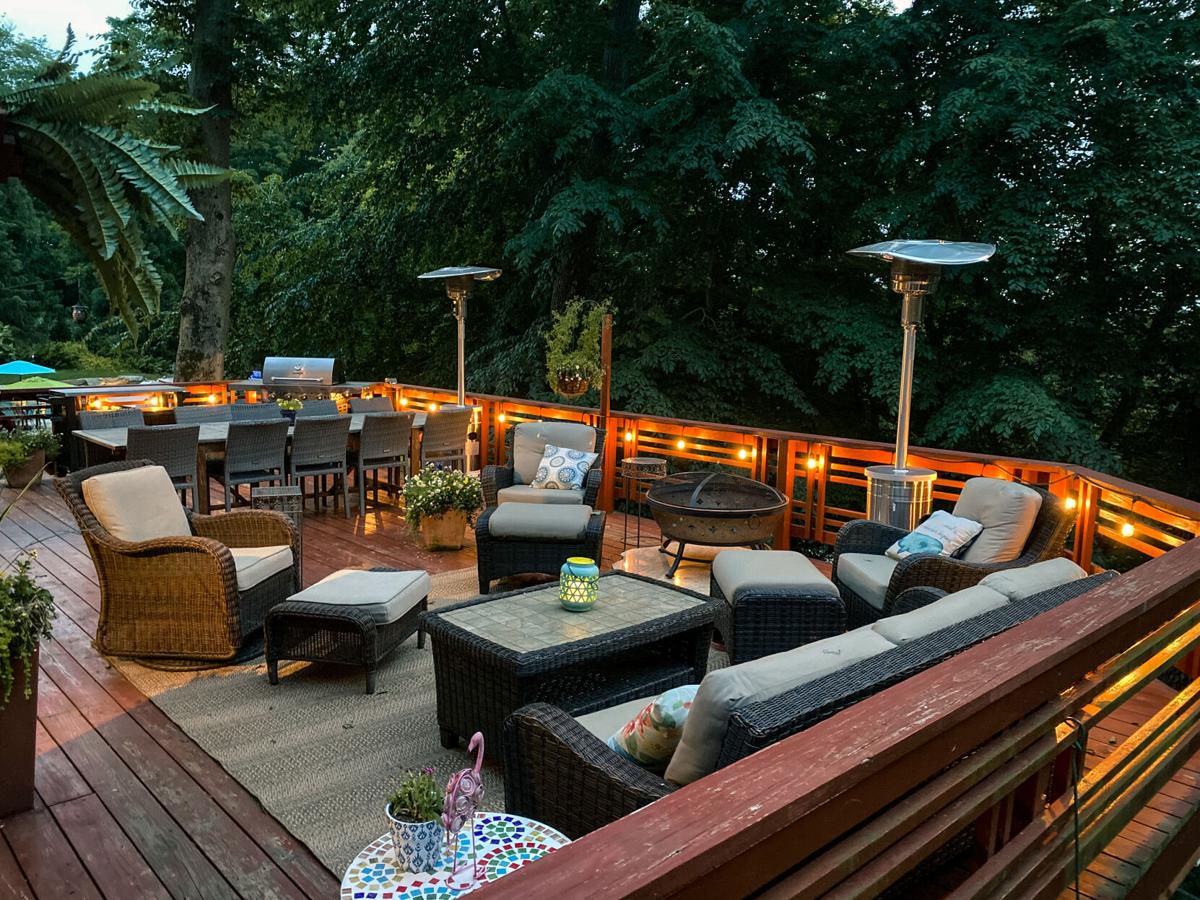 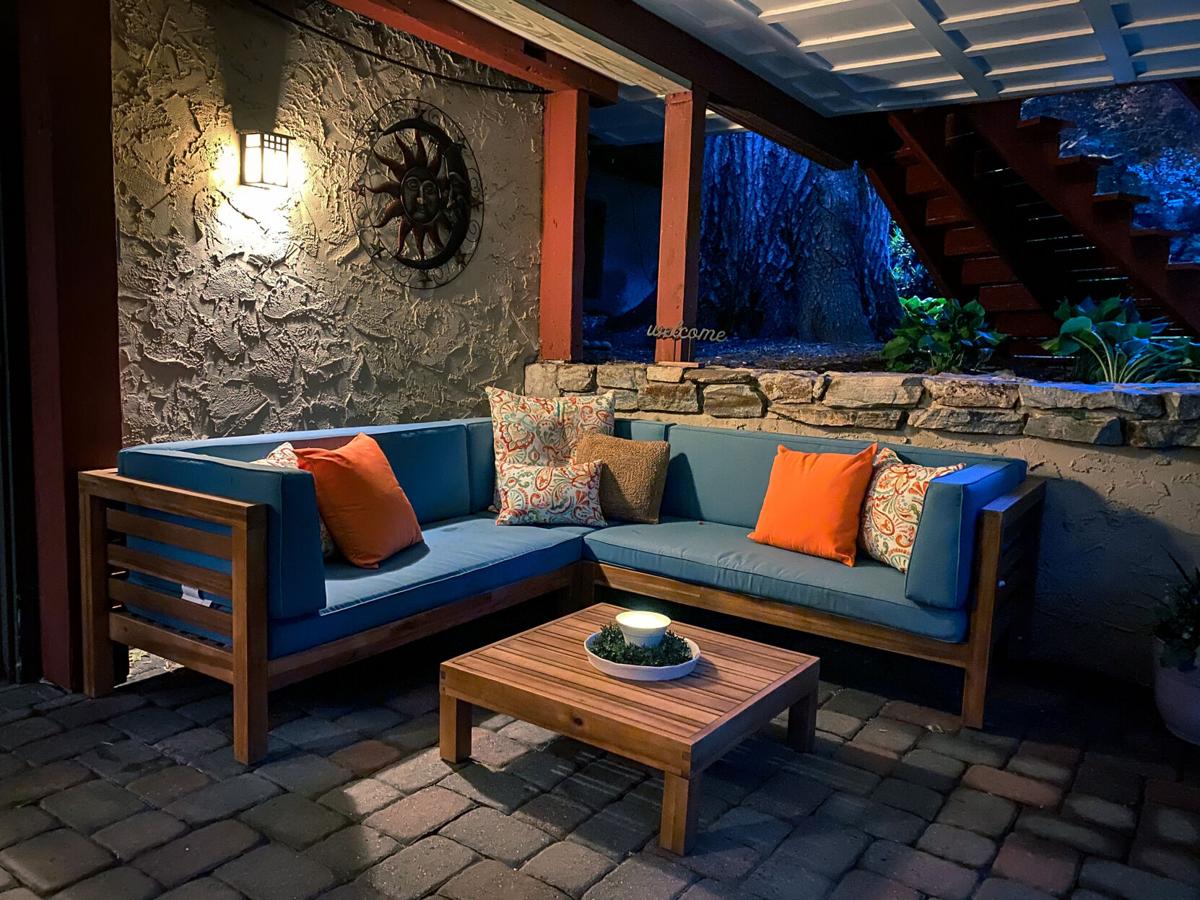 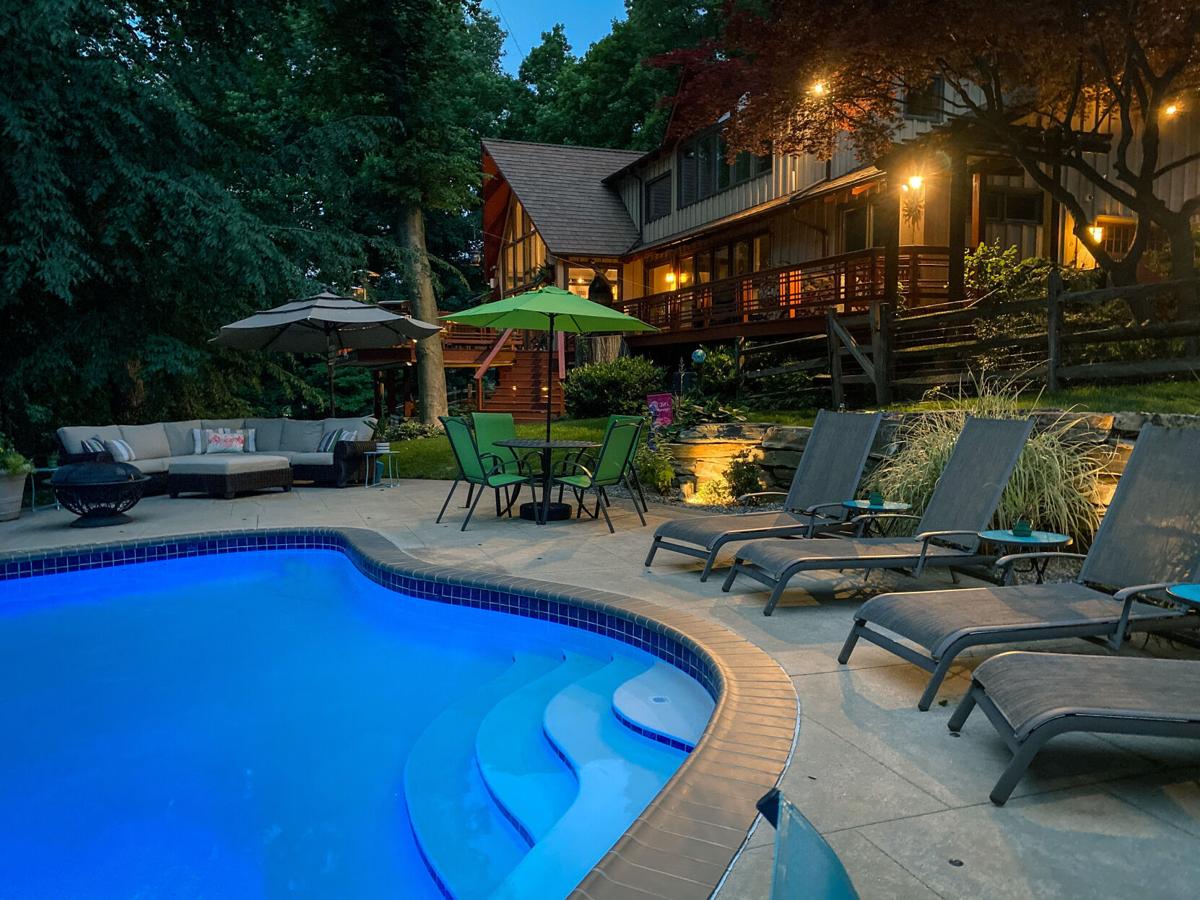 Dave and Jodi Conklin’s East Lampeter home features a pool and patio combination that they use as a peaceful summer hangout space. 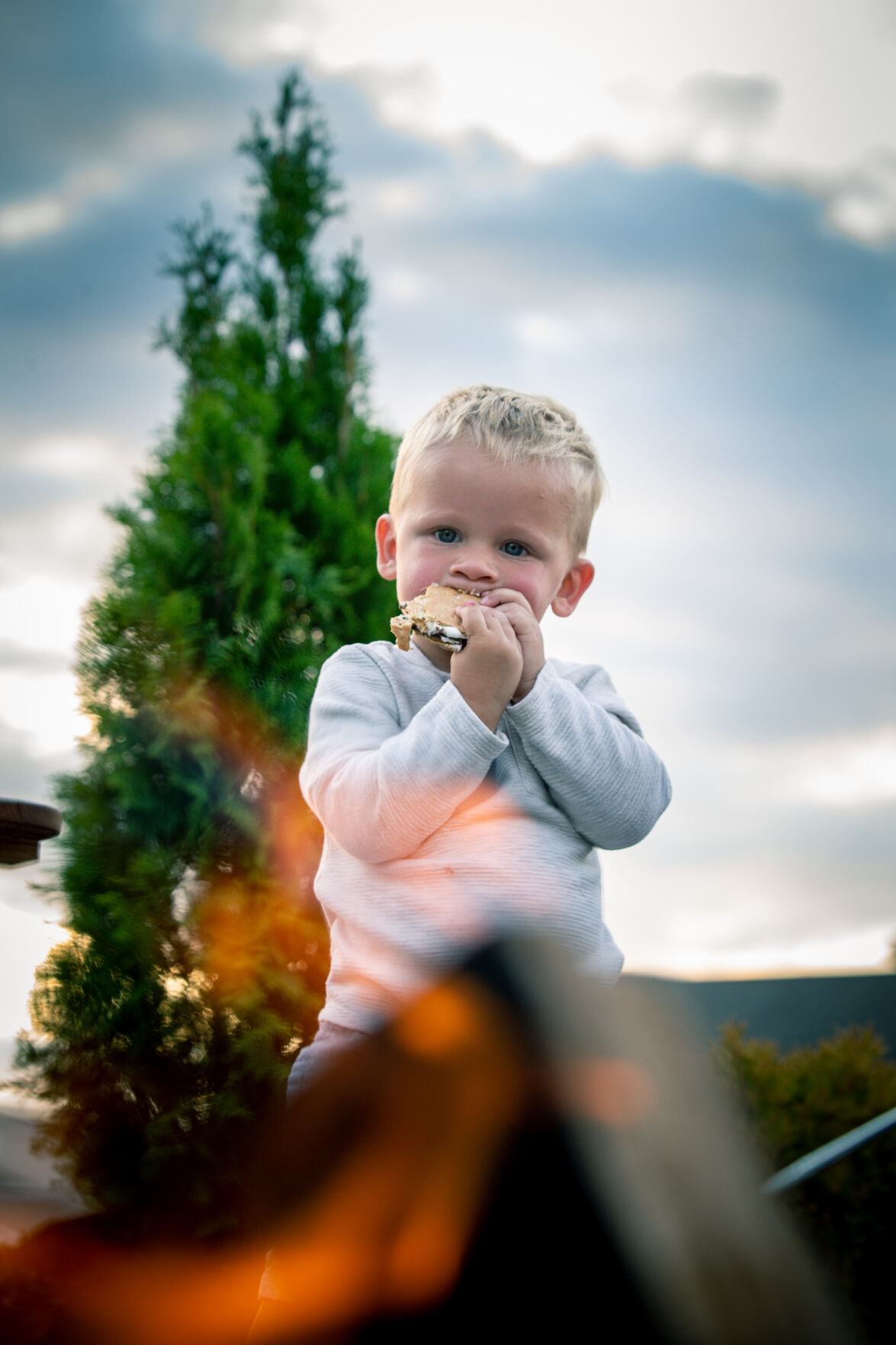 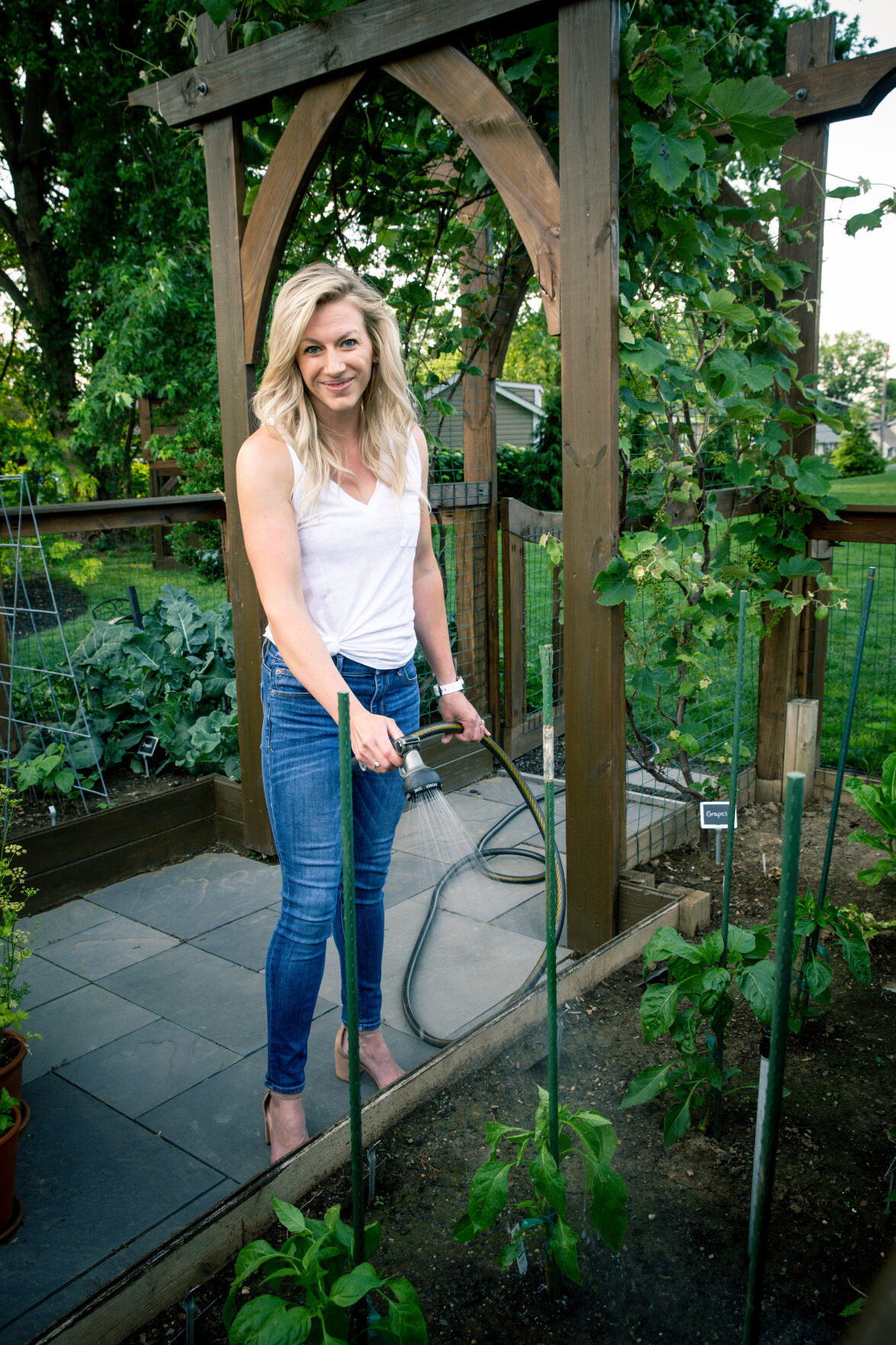 The home of Justin and Erin Gerlach has several outdoor features the family loves. A grape arbor and plant trellises provide gardening opportunities for Erin. 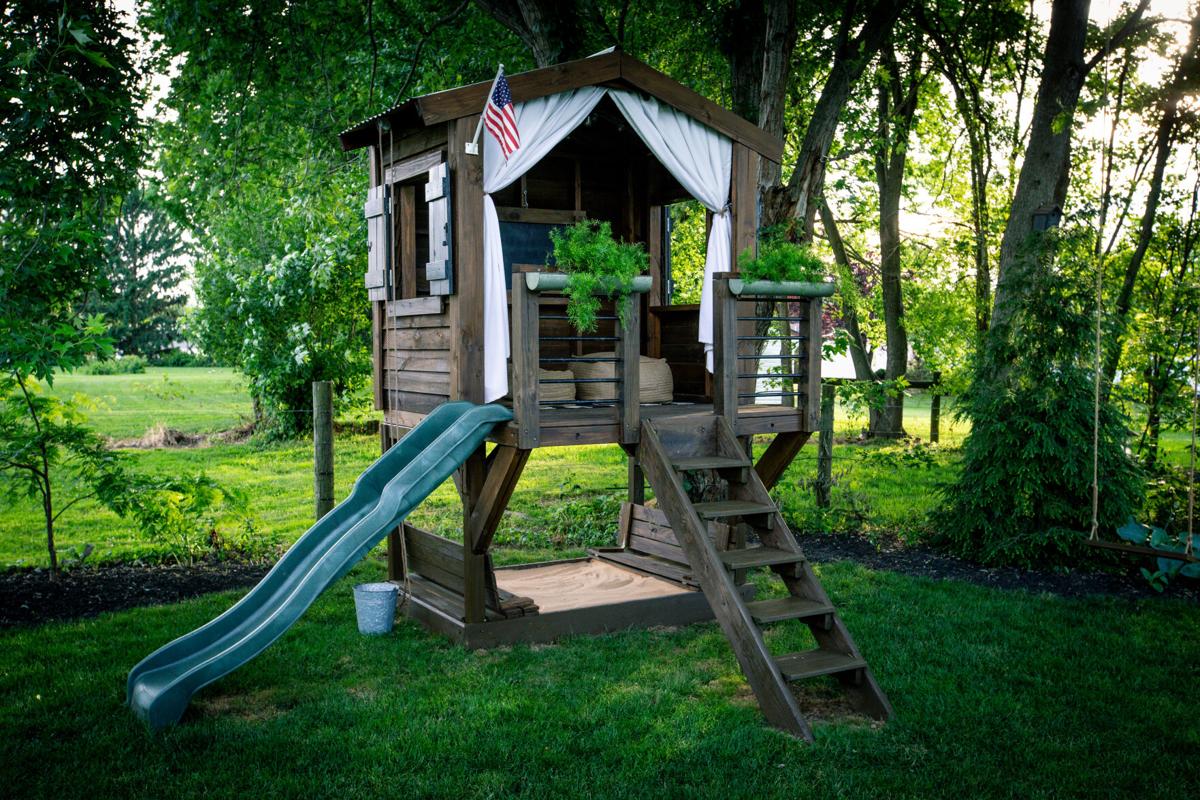 The home of Justin and Erin Gerlach has several outdoor features the family loves. This playhouse is a perfect summer hangout spot for the couple’s sons, Brody and Chase. 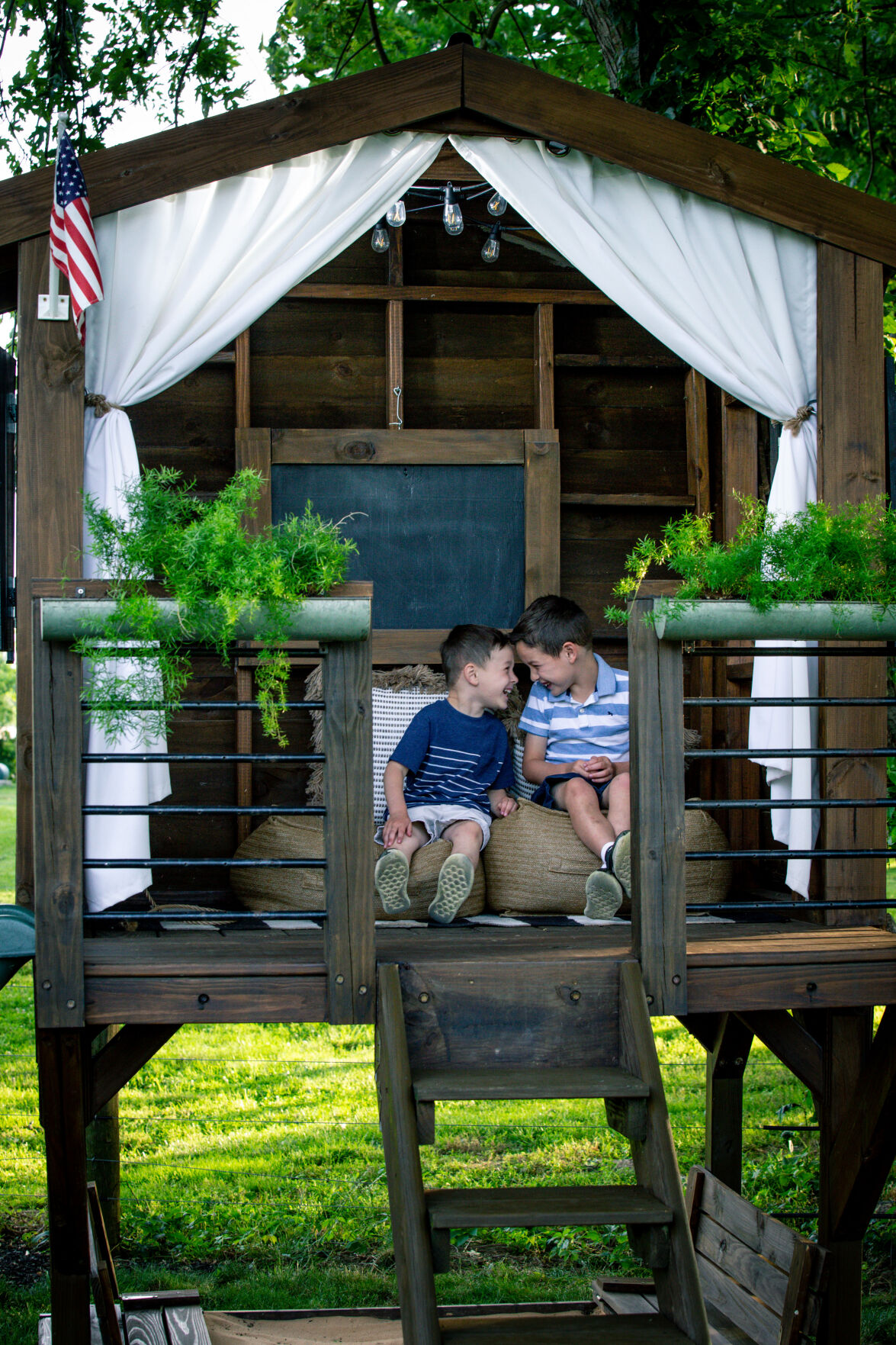 The home of Justin and Erin Gerlach has several outdoor features the family loves. This playhouse is a perfect summer hangout spot for the couple’s sons, Brody and Chase.

Among a million other unfortunate taglines that 2020 could carry, the onslaught of midsummer heat is only a reminder that this could very well be called “The Year of No Vacations.”

However, the ongoing scourge of COVID-19 doesn’t prevent you from using the space you have to try to isolate that summer feeling until the fall comes. With some drive, the appropriate tools, and a half-decent internet connection, the possibilities are more or less limitless.

Here are just three ideas that can help transform your outdoor space from “This is Where I Mostly Just Sit in a Chair and Sadly Stare At the Sky” to “You Know What, I Don’t Even Remember Where My Vacation Was Supposed To Be Because This Is Way Better.”

And no, none of these success stories feature people with a background in construction or landscaping.

In early March, Laura Erksine, a 31-year old teacher who lives in Elizabethtown, found herself waiting around to learn when she might be able to return to a classroom again. As days turned to weeks and hope for re-opening faded, Erksine decided to use her time at home wisely by figuring out how to create a fire pit in her backyard. And not just a raised fire pit - a sunken fire pit, which is a little trickier.

“I sketched out what I thought it might look like to my husband, Kevin, because he’s a visual learner,” Erksine explains. Before long, she was out in the yard measuring, driving a stake into the ground and walking in a circle the diameter that she was looking for.

Erksine dug about halfway down before she hit gravel and her husband stepped in to finish digging the rest.

A former student of Erskine’s was volunteered by his mom to help his teacher, so he dutifully stepped in to assist in moving stone and tamping down sand.

Within three weeks, Erksine had her sunken fire pit.

“You just do it,” says Erksine. “If you don’t have the right tools, you figure out what tool you need to get and you just start. But once you start, it’s free sailing from there.”

A similar sentiment is expressed by graphic designer Erin Gerlach. Gerlach, 35, has spent the last several years adding outdoor additions to her property.

“Obviously it helps to add aesthetics and value [to my house], but really, I just love having projects, I feel like there’s at least 10 going on at once here. It keeps me busy and keeps me entertained.” First was an archway flanked by two enclosed garden beds with vegetables.

“We do a little variety of everything; we do all the usual peppers, lettuce, broccoli, cucumbers, peas and beans,” says Gerlach. “And the arbor in front has grape vines on it.”

Across the yard is a small playhouse, constructed for Gerlach’s two children. After the requisite amount of Pinterest searching and the acquisition of a free playhouse from Craigslist to serve as a base, the Gerlachs created an impressively chic wooden playhouse, complete with rope swing and the later addition of a slide and sandbox underneath. Though she didn’t exactly get an Architectural Digest review from her sons, they approve of the addition.

“I was under strict instruction to not make it too girly,” says Gerlach with a laugh. “Their favorite time to be out there is when it’s raining, because they think it’s so cool that it’s completely covered and they can be out in the rain playing and not get wet, I think it’s one of their favorite times to be outside.”

Gerlach concedes that, as her children grow, a future project might end up being to raise the playhouse further off of the ground.

“It helped us to be able to start with something, whether it’s an old playset or an existing raised bed area that just needed permanent fencing,” says Gerlach. “The more information you can find on Pinterest or YouTube, the better.”

Pinterest, accompanied by a healthy imagination, can help maximize any space to its full potential. Just ask Jodi Conklin, a 49-year-old business owner in Lampeter Township. When Conklin and her husband, Dave, bought the four-acre property last September, they went right to work creating an all-weather patio.

“It’s so peaceful here, it really is,” Conklin says. “We have a view of the Conestoga River from our back deck, and you’d never know that we’re literally minutes from downtown Lancaster.”

The Conklins are putting a hold on a pool project for the summer so that they can enjoy the fruits of their labor, which will help take the place of a canceled road trip to Chicago.

“We’re outside when it’s not raining, and when it is raining, we’re under the finished deck,” Conklin says. “We’d rather be out here than anywhere. It’s really a dream come true.”

Readers say these are the 5 best lawn games; share your favorites

Conestoga House and Gardens opens with a new owner and a few changes [photos, video]

For the first time since the event began over a decade ago, the Lancaster Mennonite Historical Society will offer its Annual Storytelling Nigh…

When Lily Anderson uploaded a few videos of her “Twilight”-themed bachelorette party to social media platform TikTok, she says she thought may…