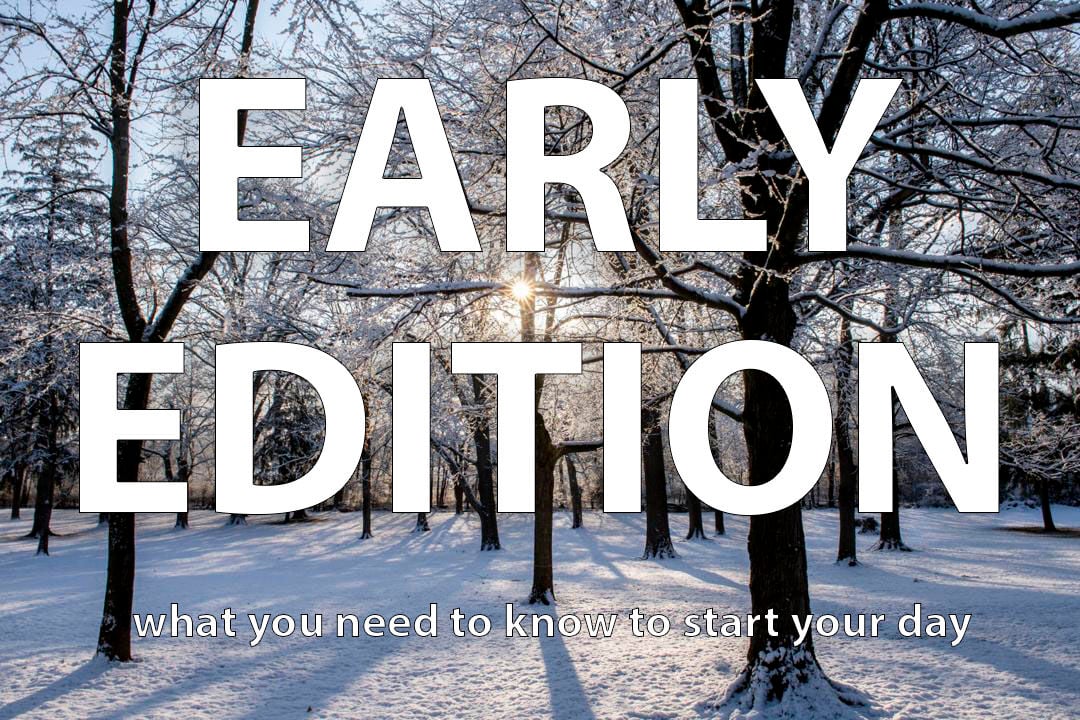 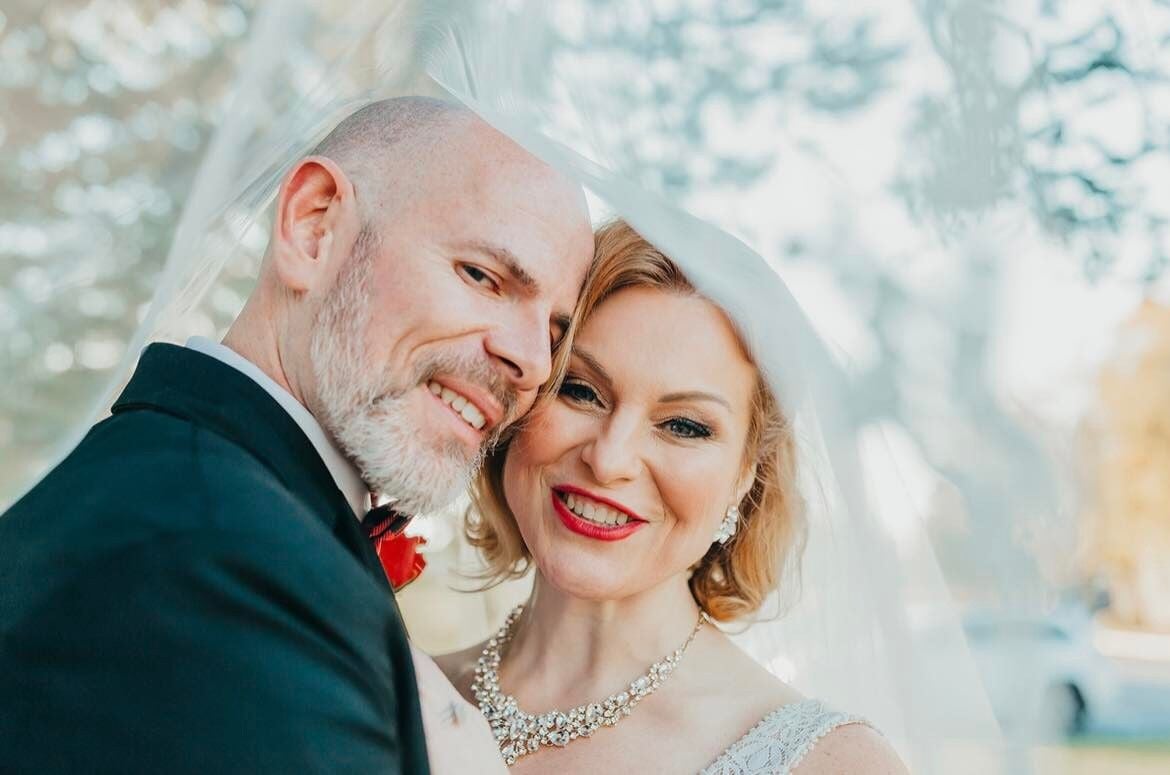 Jeni Nulty, pictured here on her wedding day with her new husband Richard, is one of 18 women who police said were defrauded by Penn Township beautician Holly Anne Boyer in a $15,000 wedding services scheme that spanned six states. 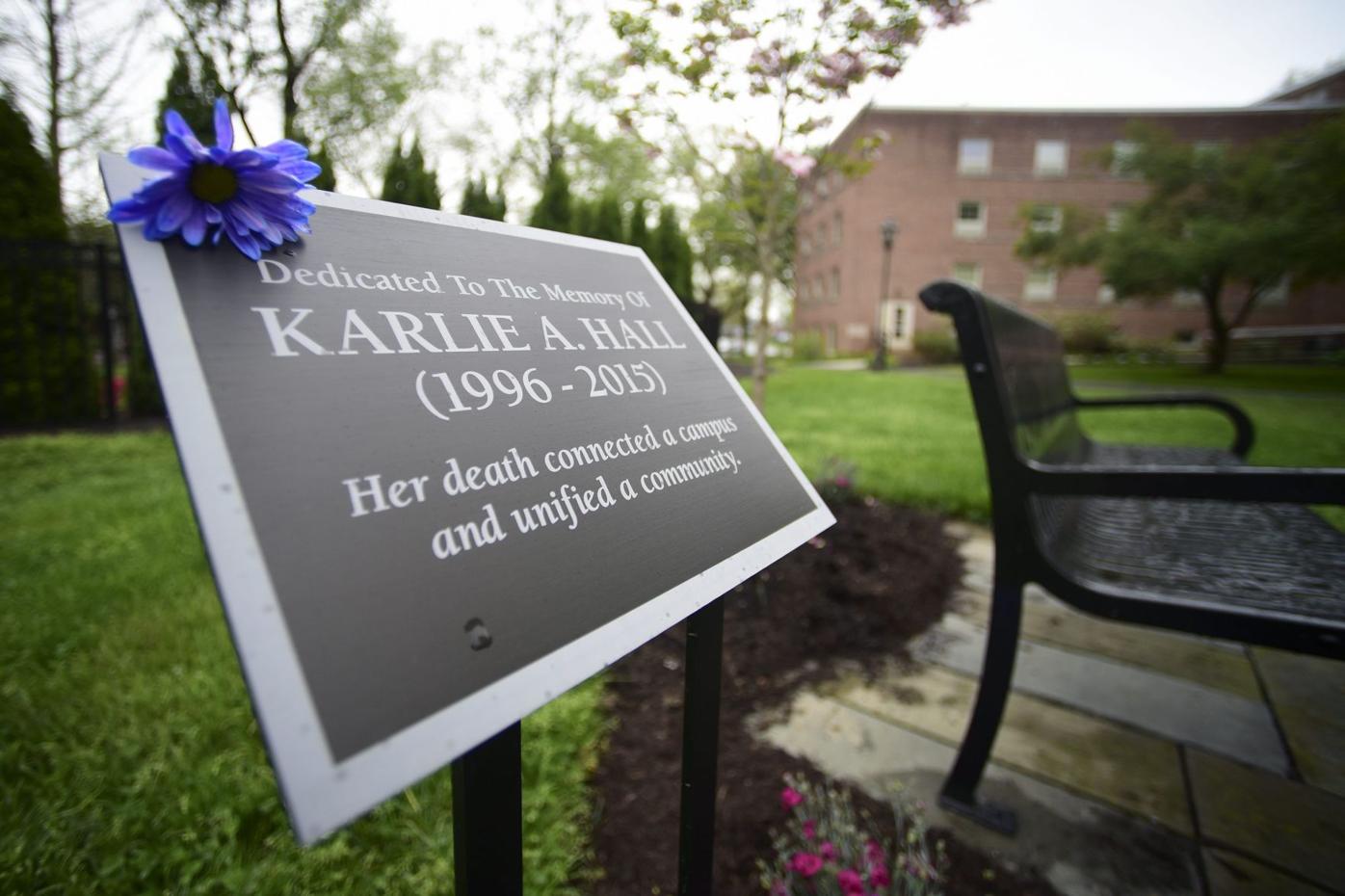 A plaque marks a memorial for Millersville University student Karlie Hall, who was murdered by boyfriend Gregorio Orrostieta in February 2015. 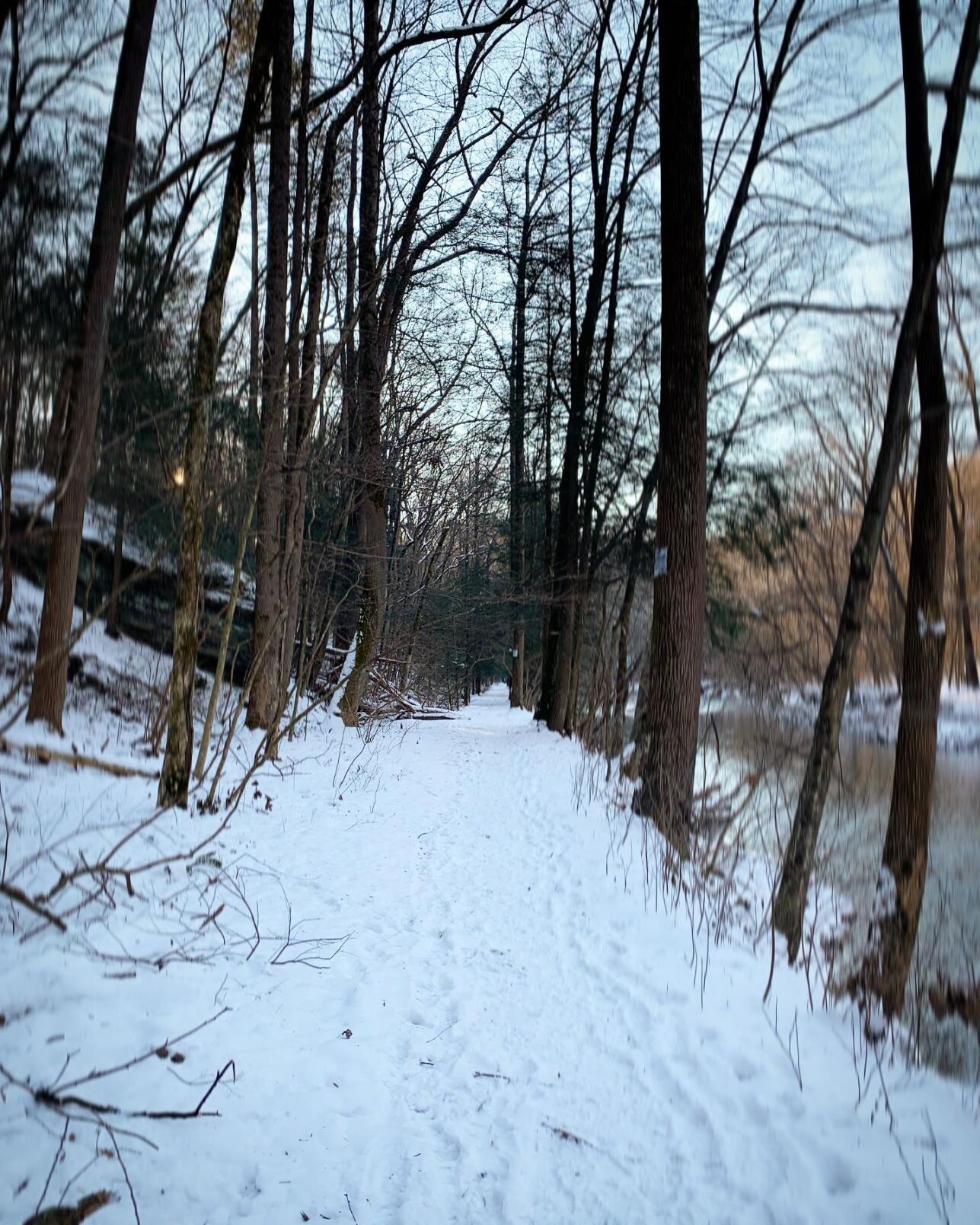 The Pequea Trolley trail, also known as the Martic Forge trail, is one of the top places to hike in the winter in Lancaster County. 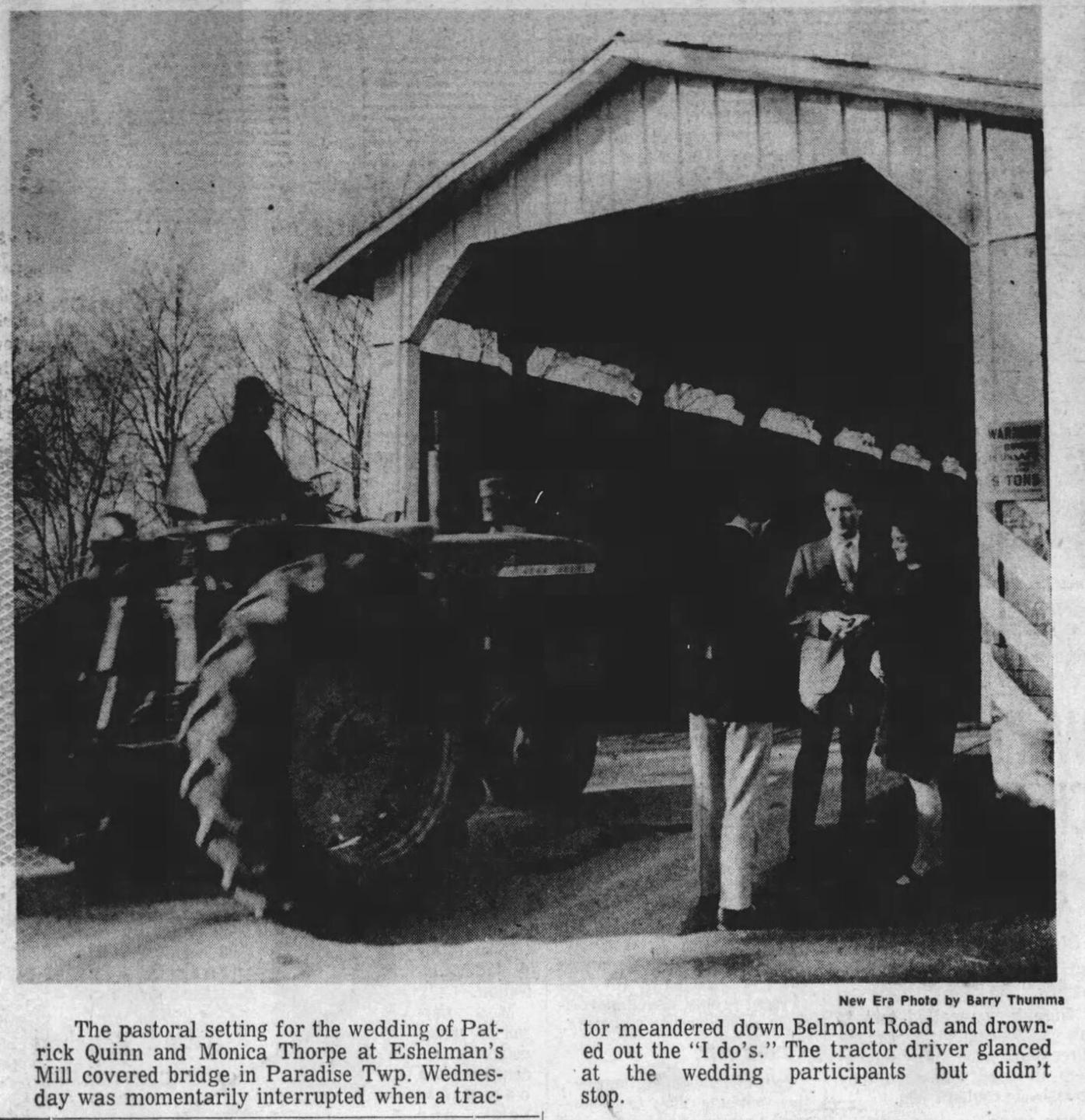 40s today, snow in the forecast this weekend

Today will be mostly cloudy with a high near 44. There's an air quality alert for Lancaster County in place until Friday.

Temperatures will slowly drop back down into the 20s and 30s heading into the weekend after Friday, with a high near 21 expected on Saturday and snow back in the forecast on Sunday.

Chances are increasing for a winter storm late Sun-early Mon. Heavy snow amounts are possible, but depend on the placement of the rain/mix line and the dry slot - both related to the storm's track. Ingredients for the storm now coming ashore in Pac NW. Keep checking back! #PAwx pic.twitter.com/3HqGW3gsgD

A Penn Township woman was charged earlier this week after police say she defrauded more than a dozen brides-to-be out of thousands of dollars in a scheme where she offered hair and makeup services with no intentions of completing the work.

“She didn’t feel that she had done anything wrong," Jeni Nulty, who was married in November and paid the woman $1,300 said of Holly Boyer, the woman behind the scheme. "She thought that she was protected by bankruptcy, and that she could take our money and not deliver services. I knew that that was not right.”

Boyer, who is currently free on unsecured bail, advertised her business, Extreme Beauty, on social media and bridal websites, where she found soon-to-be brides from New Jersey, Pennsylvania, Delaware, Virginia and Maryland.

A federal appeals court will allow the parents of a murdered Millersville University student to pursue their wrongful death lawsuit against the university, the court ruled on Tuesday.

The lawsuit dates back to January 2017, when it was initially filed by John and Jeannette Hall, who claimed their daughter's murder could have been prevented by the university.

Their daughter, Karlie Hall, was a freshman at the university and was killed by her boyfriend, Gregorio Orrostieta, now 26.

If you're looking for a place to get outside this winter and hike around Lancaster County, we've got a list for you.

The Pequea Trolley trail, also known as the Martic Forge trail, is one of the top places to hike in the winter in Lancaster County.

LNP | LancasterOnline spoke with three avid hikers to get their take on the best hiking trails around the county.

From an easy 2.5-mile trek to a hard 3.8-mile trot in Holtwood, these hobbyists give an insight into the trails before you even need to tie your hiking shoes.

There's only two days left to have a timely excuse to eat fried cheese, fried veggies, mushroom jerky and a milkshake all at once and deem it a "meal."

The 106th Pennsylvania Farm Show, which opened last Friday and continues through tomorrow, is more than just sheep herding and chick sliding.

There's also food. And lots of it. Take a look at some of the fan favorites in the photos below. 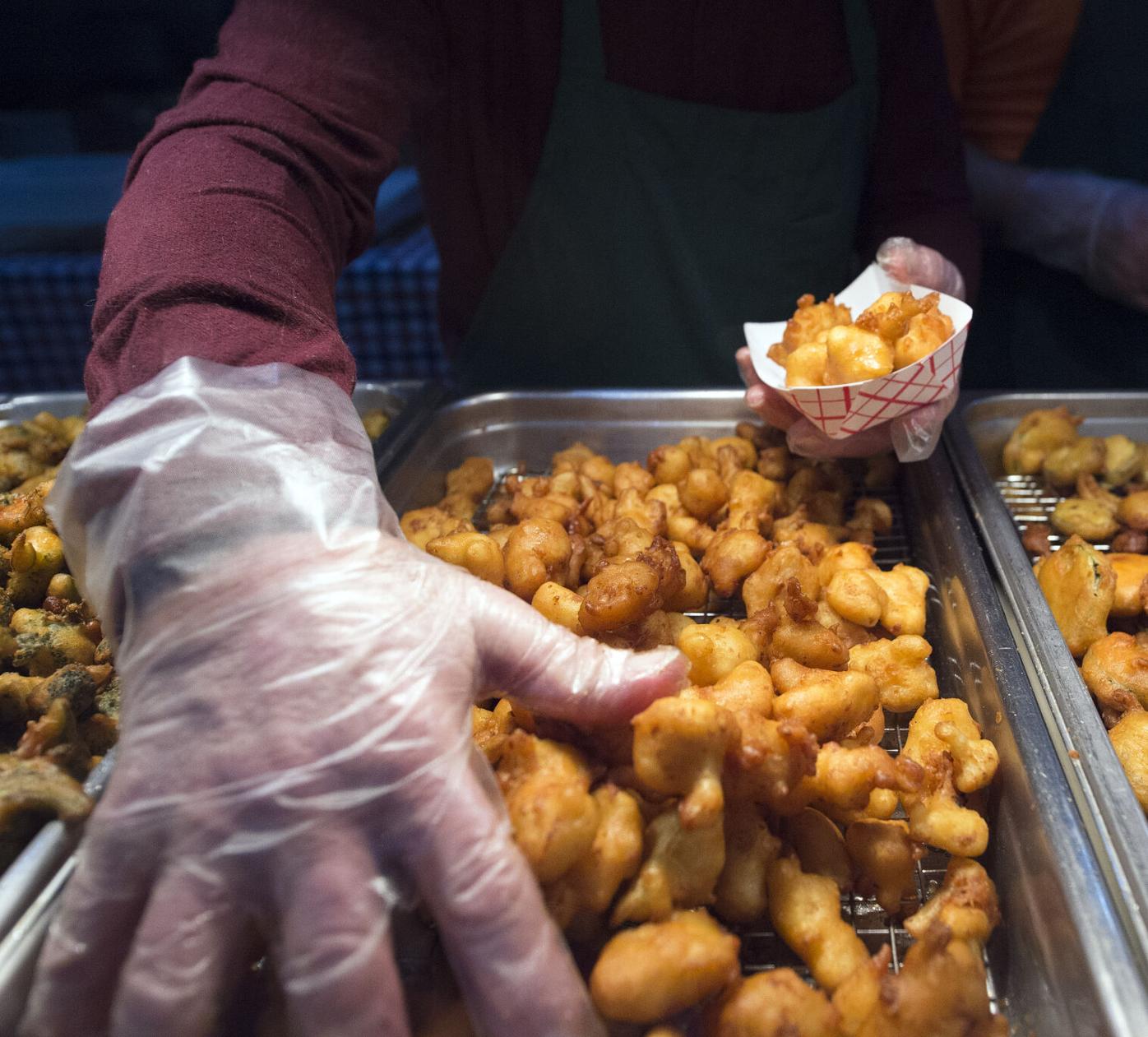 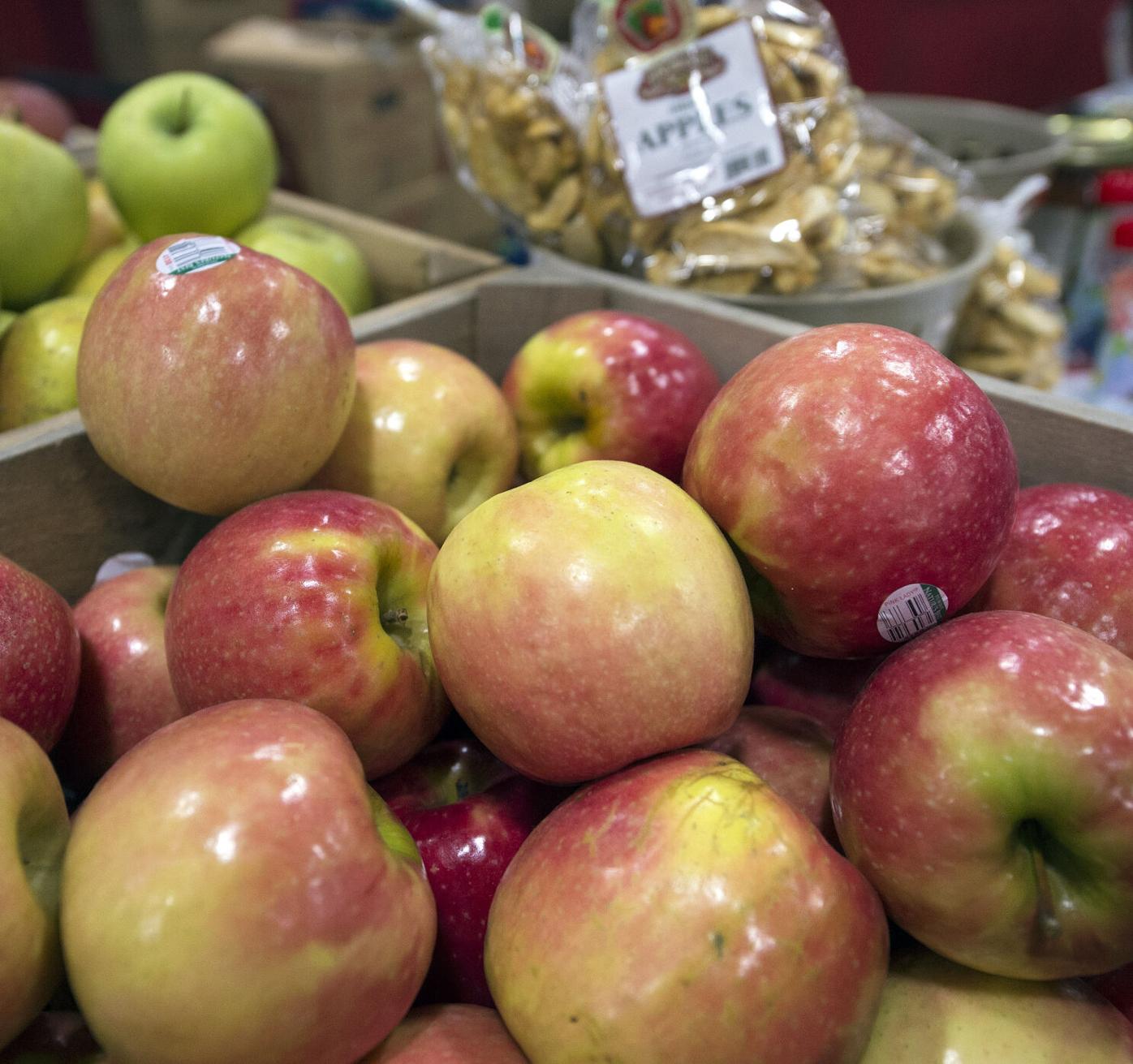 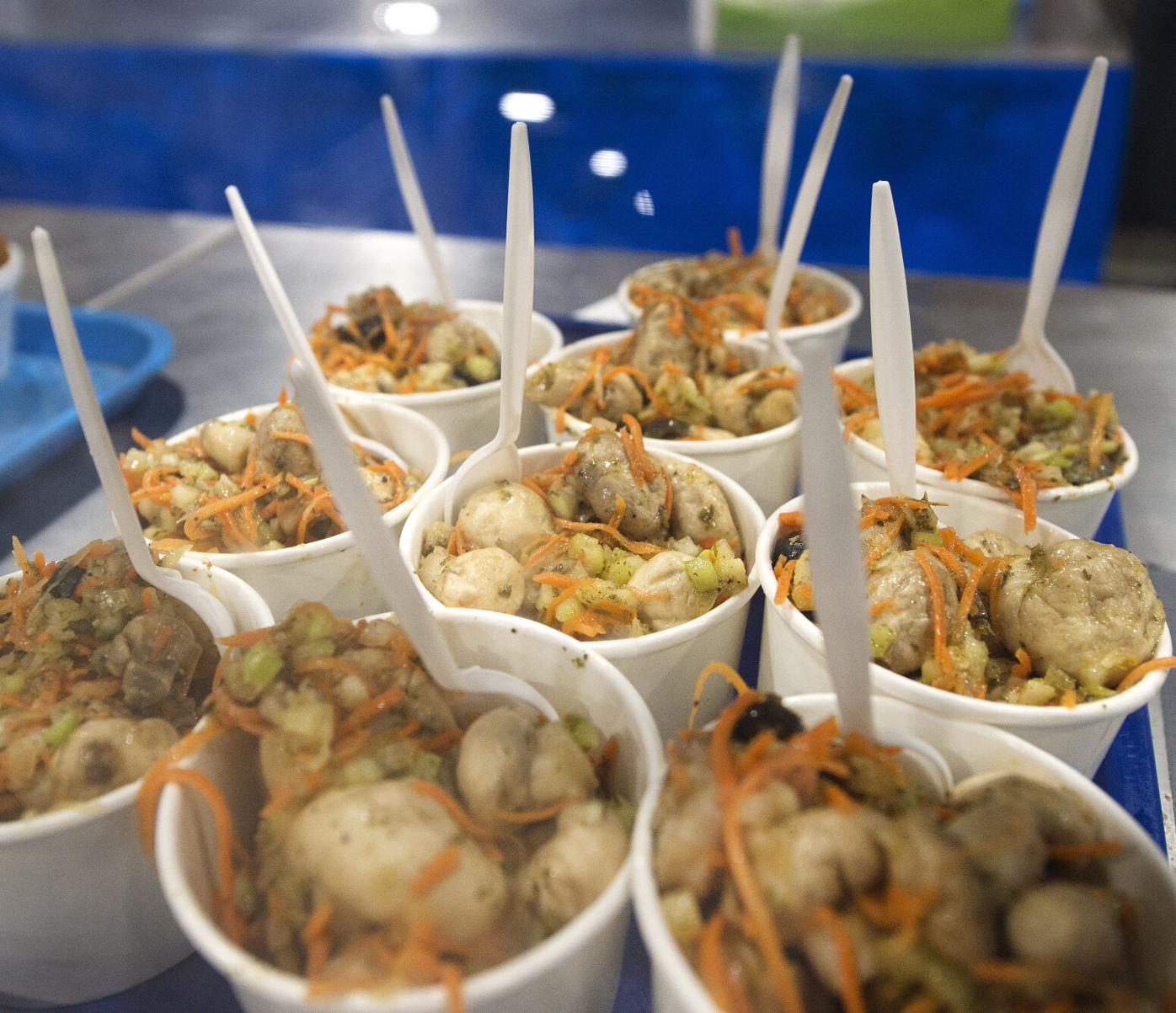 Mushroom salad from the Mushroom Farmers of PA, during the 106th Pennsylvania Farm Show in Harrisburg Monday Jan. 10, 2022. 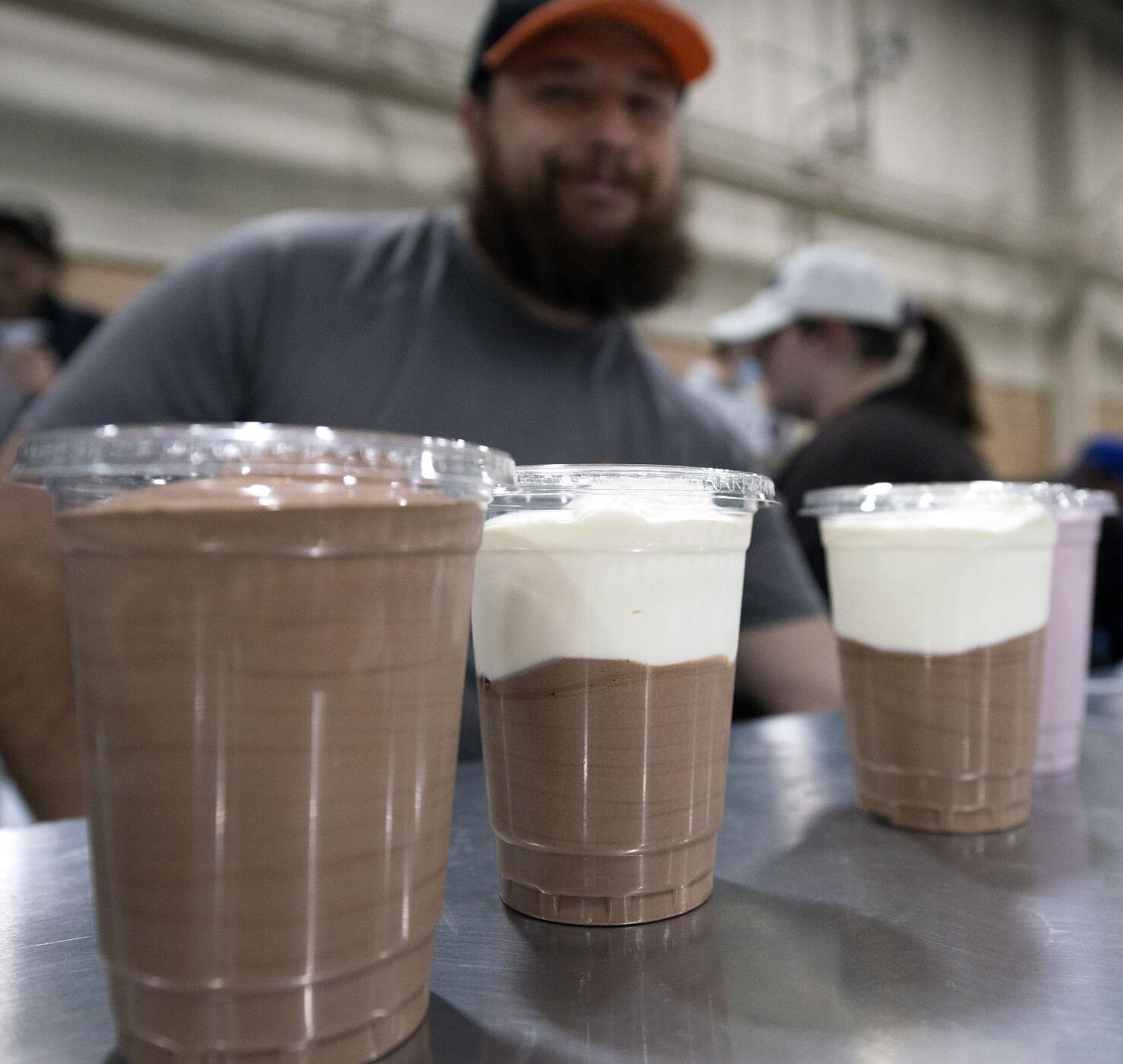 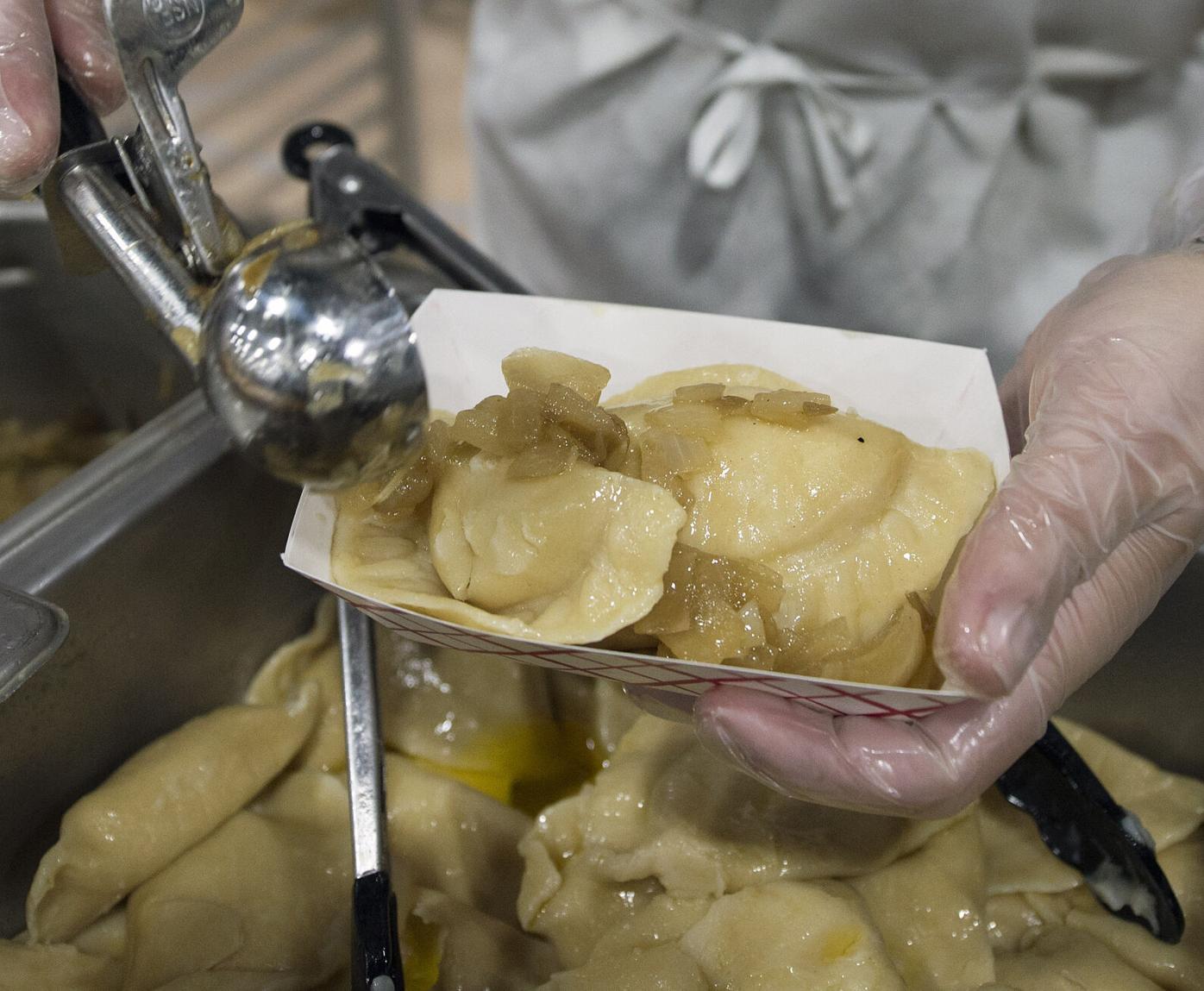 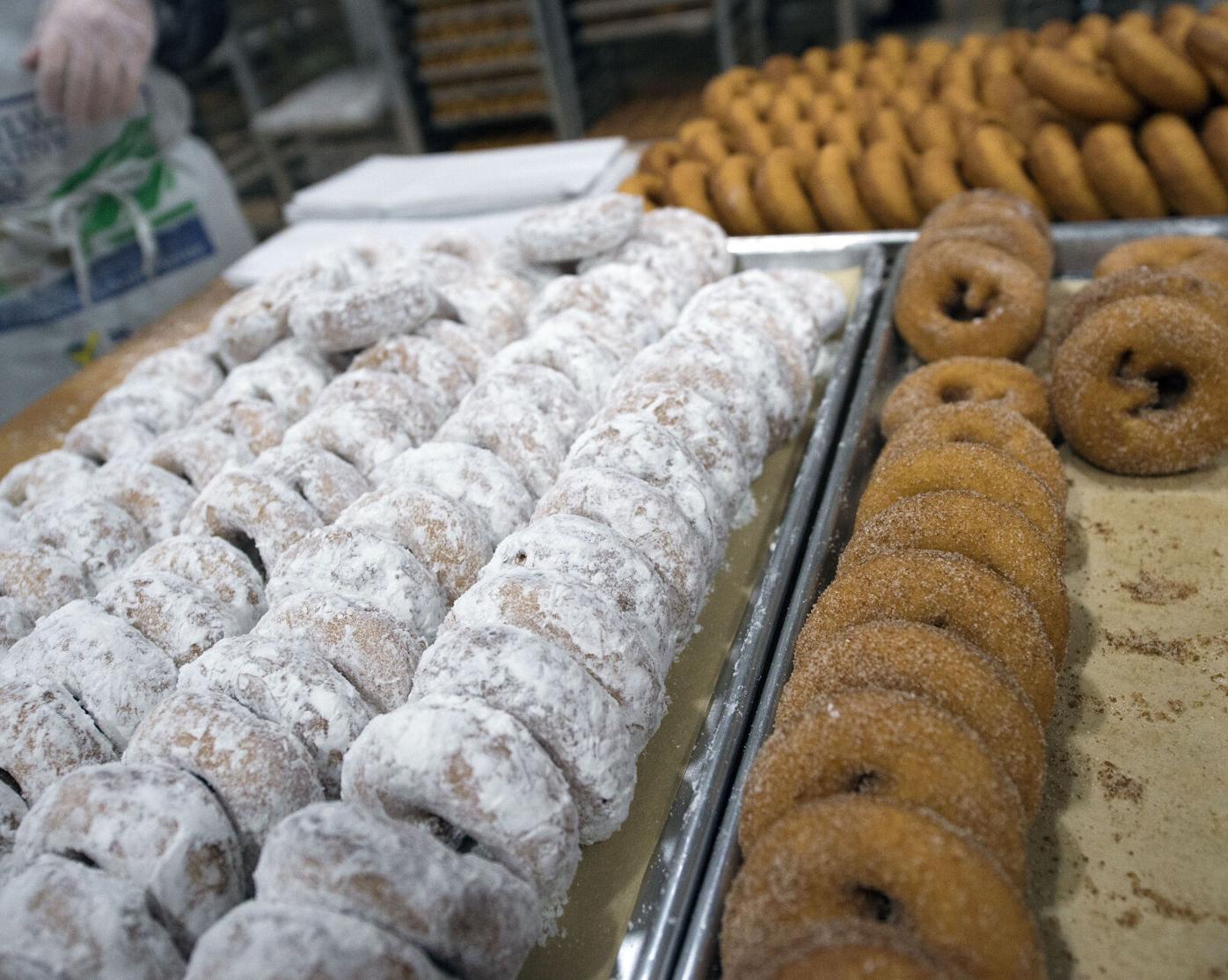 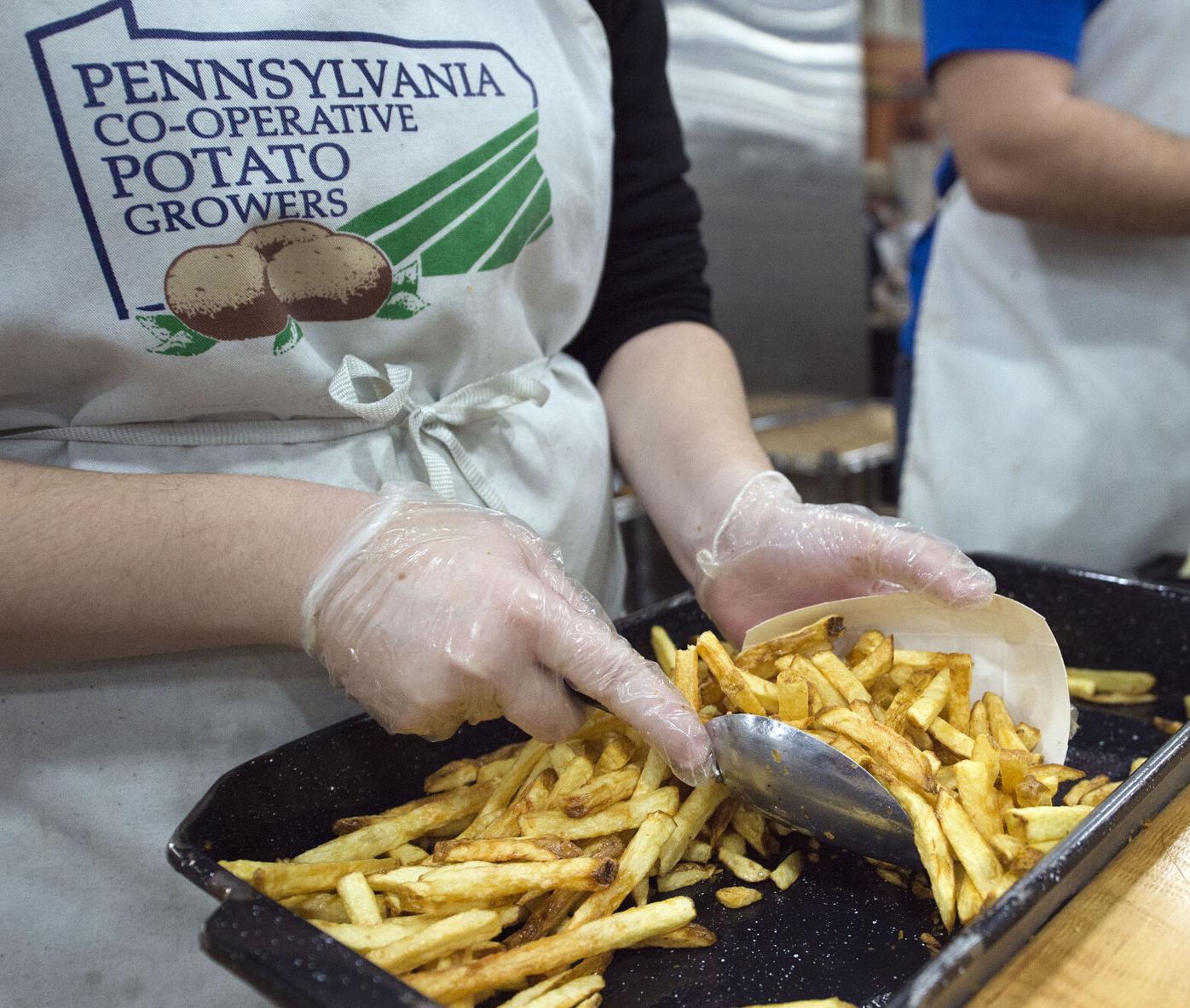 A look through the archives: 50 years ago today

Is there anything more Lancaster County then getting married at one of the many covered bridges that carry people over our streams and creeks?

What about having that wedding interrupted by a tractor passing through?

Click here to see more from the LNP | LancasterOnline archives (which hold more than 250 years of county history).