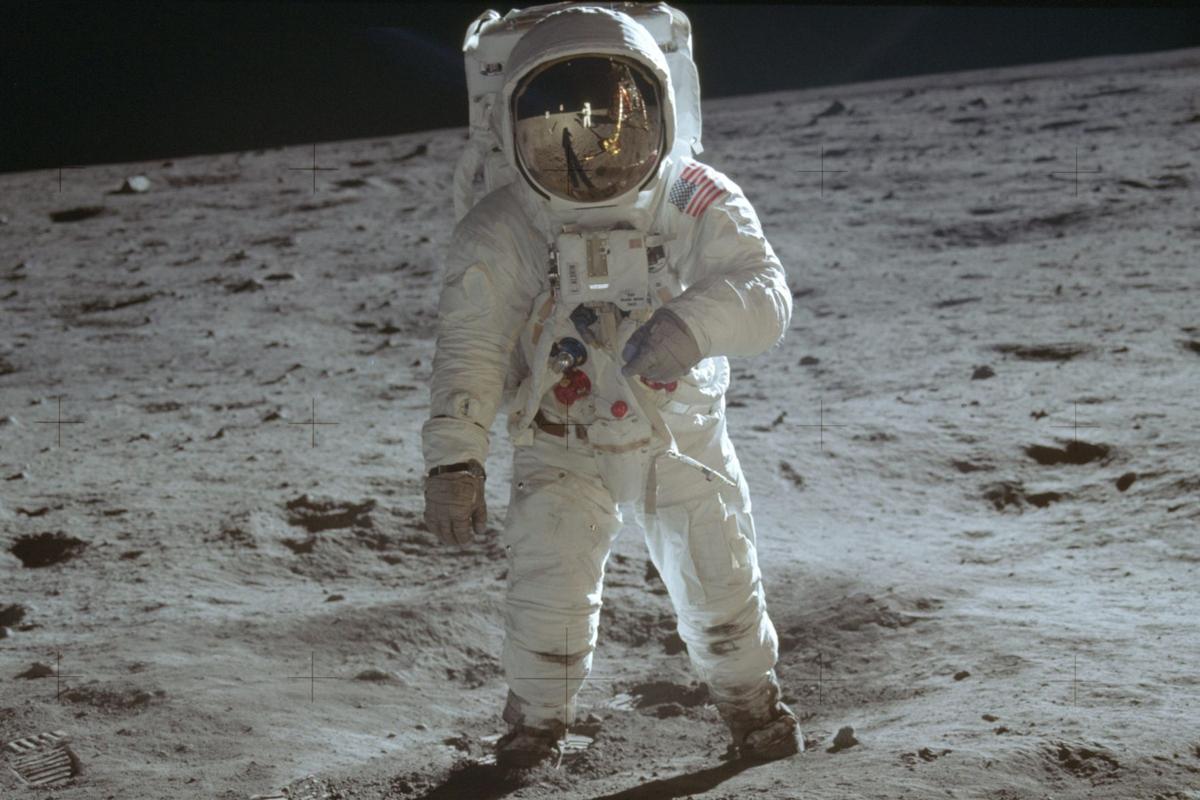 In this July 20, 1969 photo made available by NASA, astronaut Buzz Aldrin, lunar module pilot, walks on the surface of the moon during the Apollo 11 extravehicular activity. (Neil Armstrong/NASA via AP) 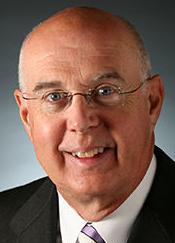 Former U.S. Rep. Robert S. Walker, 75, who represented Lancaster County for 20 years, now heads moonWalker Associates, an Arlington, Virginia, lobbying firm. He is a former chair of the House Science, Space and Technology Committee and writer of President Donald Trump’s campaign space policy when he was a candidate. In 2001, he was appointed to chair the Commission on the Future of the U.S. Aerospace Industry. In 2004, he served on the President’s Commission on Implementation of the U.S. Space Exploration Policy.

He was among several lawmakers slated to fly aboard the space shuttle, following Sen. Jake Garn, R-Utah, and Rep. Bill Nelson, D-Fla., who flew on space missions. That option ended in 1986 with the Challenger accident.

“I was sitting in my home with my wife, and we were in awe of the achievement,” he says of the moon landing.

The following interview has been edited for clarity and length.

Did you speak with the Apollo 11 astronauts about their experience?

Neil Armstrong and Buzz Aldrin were good friends. Buzz still is a good friend. I talk with him regularly. I plan to be with him at the Kennedy Space Center on Saturday when we celebrate the Apollo program along with the vice president.

What did the moon landing say about U.S. technological superiority?

Clearly what we demonstrated was a capacity that no nation has equaled since. We’re the only country ever to go beyond low-Earth orbit with humans. That remains true 50 years after we accomplished the moon landing.

What does the future hold?

Now our goal is to move ahead and take humans outside low-Earth orbit and back to the moon and on to Mars. The vice president outlined a few months ago a program to be back on the moon with humans by the end of 2024. That’s the goal we’re now pursuing. The goal now is to go back and stay permanently. Eventually, we will begin industrial operations on the moon to find rare-Earth minerals to do laboratory experiments in a low-gravity situation, and we’ll have a permanency we didn’t have following the Apollo program.

Would that be solely a U.S. mission or international?

It will be international. But it’s going to require American leadership and at the present time we’re in a serious competition with China over who will be able establish that permanent presence on the moon in the near future. We have to recognize China as a very, very strong competitor for domination of space and particularly the territory on the moon.

What do you say to skeptics who claim the moon landing was faked?

They’re delusional. As a matter of fact, my friend Buzz actually punched one guy who suggested that to him.

The fact is, we know full well you can take a powerful telescope and see the remnants of our landing craft on the moon.

What can you tell us about about your new company?

My company, moonWalker Associates, is very much involved with consulting practice on space-related activities. I work primarily with the more innovative side of space. I’m working with one company (Launchspace Technologies) that is trying to create a system for cleaning up space debris. I’m working with another company that is looking to harvest solar energy in space and then beam it down to Earth for use as base-load power.

50 years after we put a man on the moon: Facts, figures, numbers about the Apollo 11 mission

It was 50 years ago today that man first walked on the moon.

When iconic events on the scale of the 1969 moon landing occur, time finds a way to obscure and ultimately quash individual facets of the stor…

Founded by Redemptorist missionaries, New Holland’s Our Lady of Lourdes has become a home for Catholics