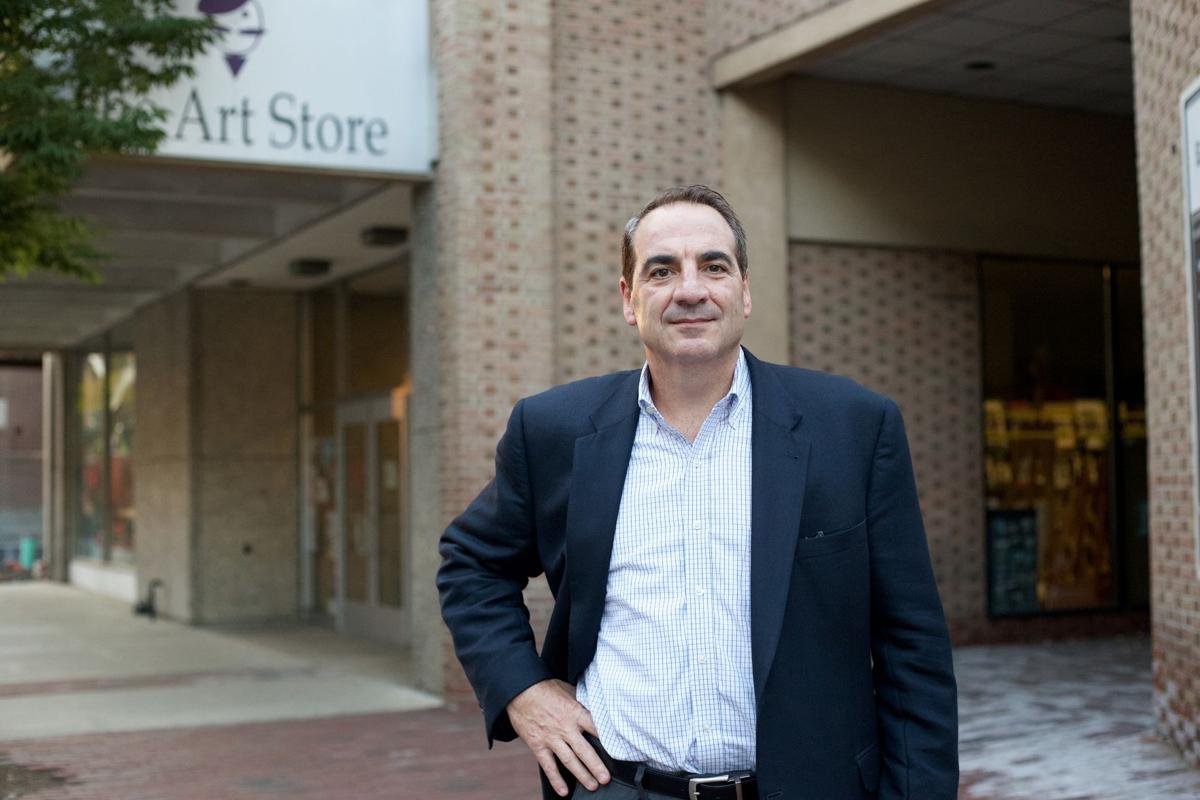 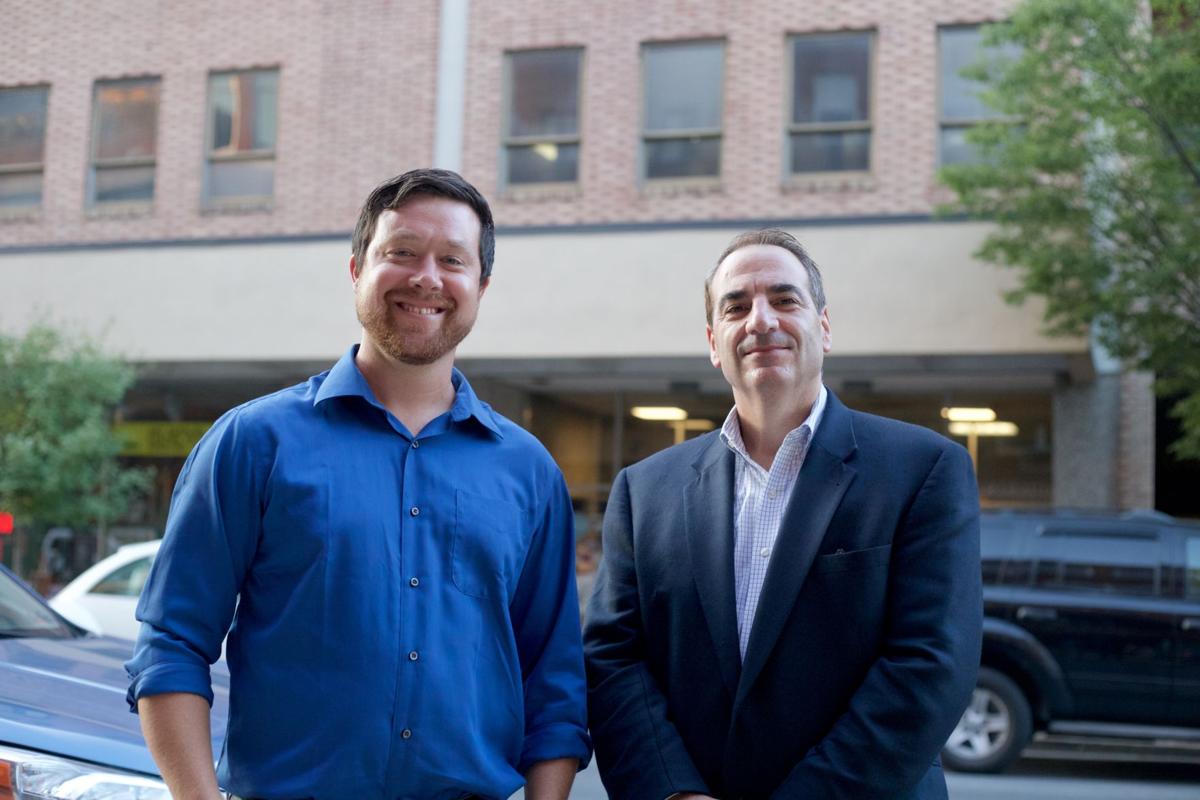 Kris Kaufman, co-owner of 29 E. King St., and Miguel Nistal, president and CEO of Woodstream Corp., stand across the street from the office building where Woodstream is moving its headquarters in March. 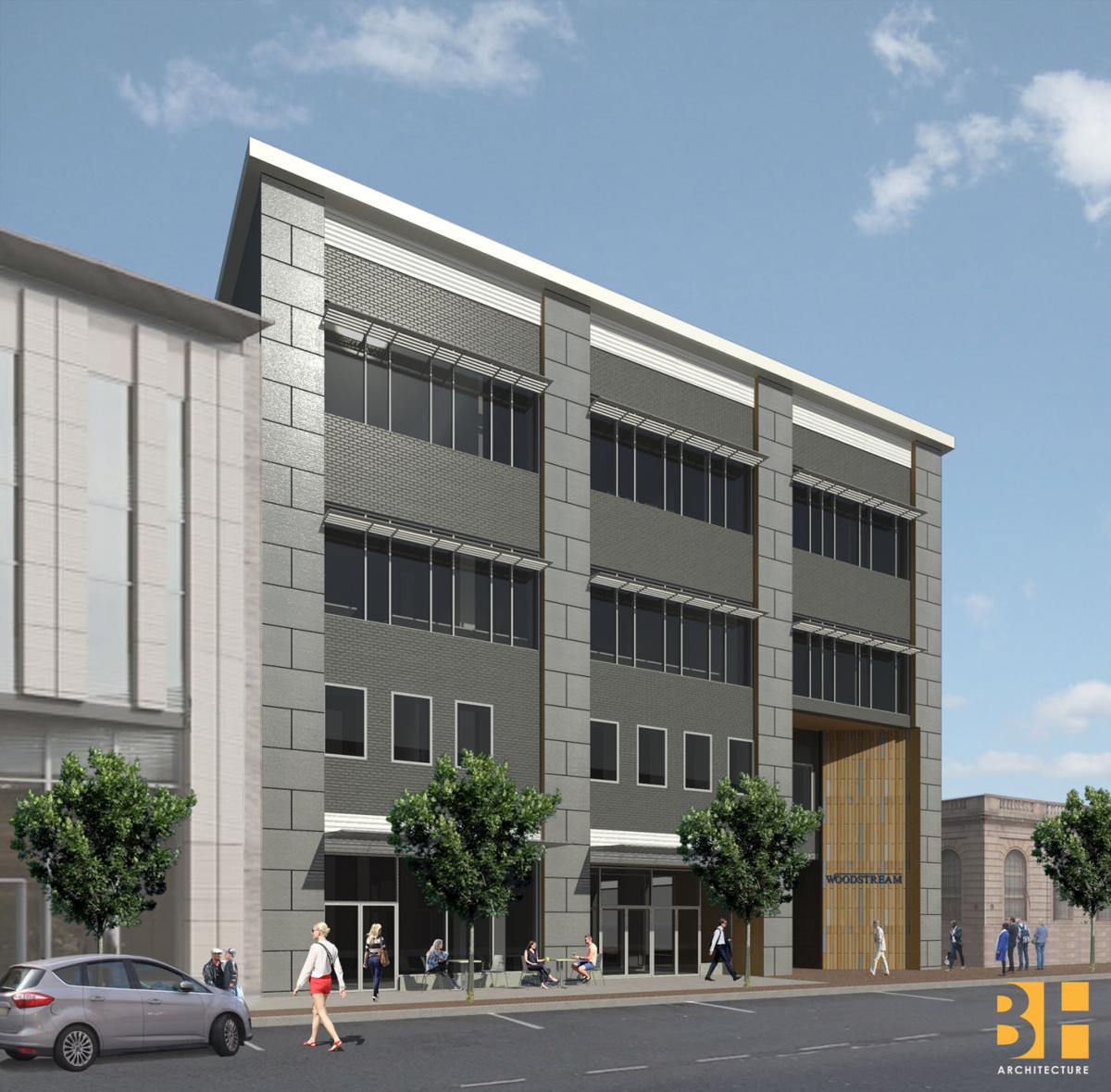 This rendering shows the conceptual design of a new facade for 29 E. King St. in downtown Lancaster. 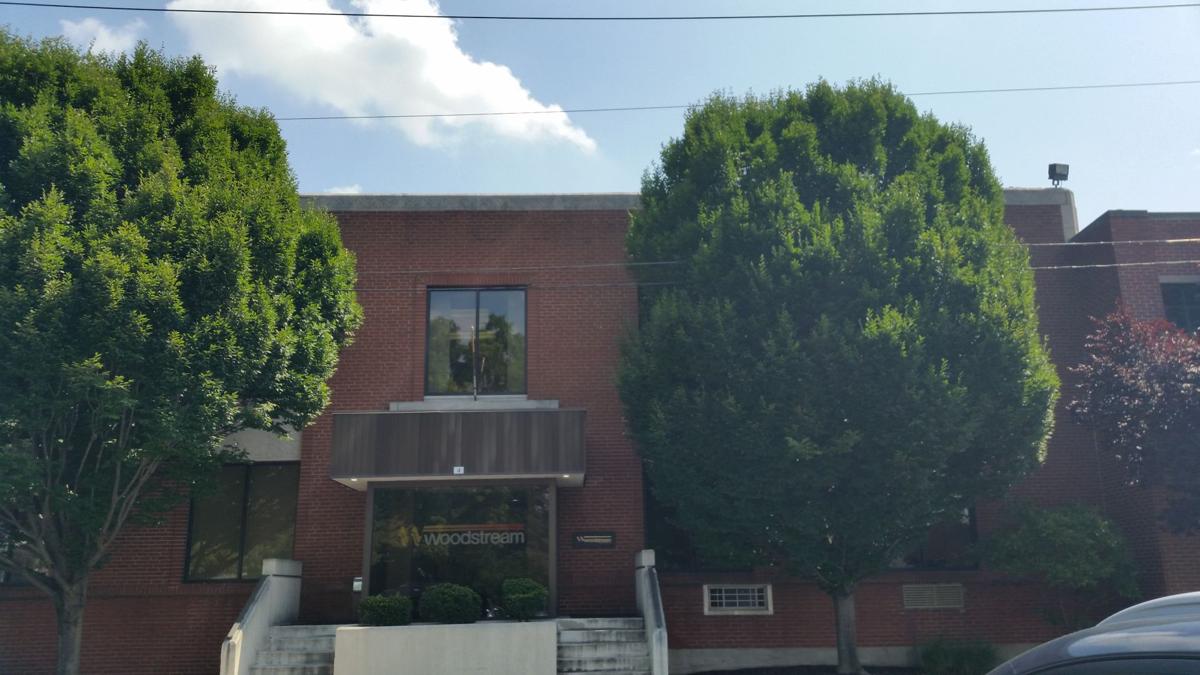 This is the entrance to the Woodstream Corp. headquarters on North Locust Street in Lititz Borough.

Kris Kaufman, co-owner of 29 E. King St., and Miguel Nistal, president and CEO of Woodstream Corp., stand across the street from the office building where Woodstream is moving its headquarters in March.

This rendering shows the conceptual design of a new facade for 29 E. King St. in downtown Lancaster.

This is the entrance to the Woodstream Corp. headquarters on North Locust Street in Lititz Borough.

When a company is looking for a building where it can put a new corporate headquarters, its decision can boil down to pretty simple criteria:

Where is there an available space that’s big enough, affordable and appealing?

For Woodstream Corp., a global maker of branded pest and animal control products, as well as lawn and garden products, the answer is not its longtime home of Lititz Borough.

Woodstream last week announced plans to move its headquarters, with 180 employees, from 69 N. Locust St. in the borough to a mostly vacant office building at 29 E. King St. in center city.

“Having a new, modern office building in a vibrant, growing downtown enables us to attract more talent and retain that talent as we continue to grow our company,” said Woodstream’s Miguel Nistal, president and CEO.

Woodstream has signed a 10-year lease proposal agreement to rent 47,000 square feet in the building — enough space for 225 employees, which the growing company hopes to need in the future.

The agreement, which is a precursor to a finalized lease, includes lease-renewal and building-purchase options.

Following a $2 million investment to renovate the space, Woodstream plans to move its headquarters staff downtown in March.

Lancaster Mayor Danene Sorace called the choice by a firm of Woodstream’s stature “a testament to the vibrant community we’ve worked so hard to create. We can’t wait to welcome them to their new home.”

Back in Lititz, Woodstream will repurpose the current headquarters into warehousing and other uses while continuing to operate its factory across the street.

The factory, which employs another 180 people, is where Woodstream manufactures Victor mouse and rat traps, Havahart cage traps, Terro ant bait, Victor mole and gopher repellents and other Victor products.

Woodstream began searching for new headquarters in June 2017, after concluding that renovating its current headquarters — parts of which date to 1849 — would be too costly.

With the help of the Economic Development Company of Lancaster County and Compass Real Estate, Woodstream examined numerous options, eventually narrowing its search to existing buildings, because it felt new construction would take too long.

The company found one property in Lititz Borough that it thought could work, Nistal said. It’s the former Susquehanna Bank headquarters, most recently vacated by the bank’s successor, BB&T.

But, to Woodstream’s chagrin, it discovered Lancaster General Health already had plans to move 400 workers from the Burle Business Park in Lancaster to the Cedar Street site.

That necessitated Woodstream looking outside the borough.

Nistal said the company hadn’t considered downtown Lancaster until the 29 E. King St. property was brought to its attention.

“We hadn’t thought about that. In our mind, we were still thinking we’d be in a campus somewhere,” he said.

But Woodstream was impressed with the potential of the building, the many redevelopment projects downtown and the enthusiasm of its employees for the site.

“And the landlords worked very hard with us to make it viable financially,” Nistal added.

“We see this decision as a terrific way for the company to strengthen its local profile, appeal to a more geographically diverse employment base and expand its community engagement.”

“They really tried to stay. They looked at all their options. At some point, it becomes a business decision and we understand that. ... We’re happy that the factory jobs are staying and the headquarters is being repurposed.”

Woodstream’s roots in Lititz date to 1890, when the J.M. Mast Co. rodent-trap company was established. It was later renamed the Animal Trap Co. of America in the 1920s and Woodstream in the 1960s.

For nearly all of that time, Woodstream has been a leader in its industry.

Its products are sold in more than 100,000 stores — including Walmart, Target, Amazon, Lowe’s, Home Depot and Ace Hardware — and to pest-control professionals in the United States, Canada and the United Kingdom. It does not disclose its annual revenues.

Woodstream is the second significant local employer to announce a move of its headquarters to center city in the past year.

In September 2017, Cargas Systems, a business software and consulting firm, said it will move from the Stockyards Business Park to 101NQ, the former Bulova building at Queen and Orange streets.

Now at 114 employees, Cargas Systems expects to have 125 employees when it moves into 33,000 square feet in August or September 2019, founder Chip Cargas said.

That space will give Cargas Systems room to double its workforce.

Roughly a block away is Woodstream’s future home, built in 1911 as Garvin’s department store. Garvin’s closed in 1975. Then it was the Horst Group’s headquarters from 1977 to 1995.

Next it was owned by a Philadelphia trust until being acquired by two local developers and investors, Dan Gotwalt and Kris Kaufman, in July.

They plan to spend $1.5 million to $1.8 million in renovations, separate from Woodstream’s upgrades.

Woodstream’s arrival will dramatically revitalize a major downtown building that is a mere 20 percent leased.

Woodstream will lease the building’s vacant lower level, where it will make new-product prototypes.

Beers + Hoffman Architecture is designing the new headquarters, plus a makeover of the front facade and interior atrium.

The “vast majority” of Woodstream employees will park in the Prince Street Garage, per an agreement with the Lancaster Parking Authority, and the rest in the East King Street Garage, Nistal said.

Nistal noted that Woodstream has “a relatively young workforce” of hard-working, energetic and creative people who are looking forward to having an office surrounded by downtown Lancaster’s amenities.

“It will be great for them,” he said. “They’re very, very excited about it.”

Downtown is not the only place where Woodstream will make a sizable investment.

The company anticipates spending $2 million to $2.5 million to change the uses of its current headquarters building, which measures about 200,000 square feet.

About half will be turned into warehousing by installing dock doors and removing interior walls. That way, raw materials stored in the factory can be moved into the new warehouse, freeing that factory space for additional manufacturing.

Adding manufacturing equipment is the norm at the Lititz plant and elsewhere, Nistal said.

“We added new equipment in 2017, 2018 and have plans through 2021,” he said. “I can’t talk about the amount and what the equipment is, but we have a long-term investment plan to increase capacity and improve efficiency in all of our factories.”

Woodstream also will move and upgrade its 5,000-square-foot testing laboratory, now on two floors in the back of the building, into a one-floor space in the front, providing a more efficient layout.

The upgraded equipment will let Woodstream “do broader testing as we expand into new categories,” Nistal explained.

In addition, Woodstream will create a planogram center in the former headquarters. A planogram is a duplicate of the way a company's products are presented in stores, shelves and all.

In the center, each of Woodstream’s major retailers will have a planogram of their Woodstream product presentation.

“Adding a planogram center is a true asset that will enable our sales organization and product management organization to better analyze retail space and determine how to better serve our consumers and customers,” Nistal said.

Finally, about 15,000 square feet of the current headquarters will be demolished to create a turnaround for trucks serving the factory, so the trucks create fewer traffic issues for neighboring residents.

Deepa Balepur and Rich Wolman of Compass Real Estate represented Woodstream in the search for a new headquarters. In the lease negotiations, they represented both Woodstream and the property owners.