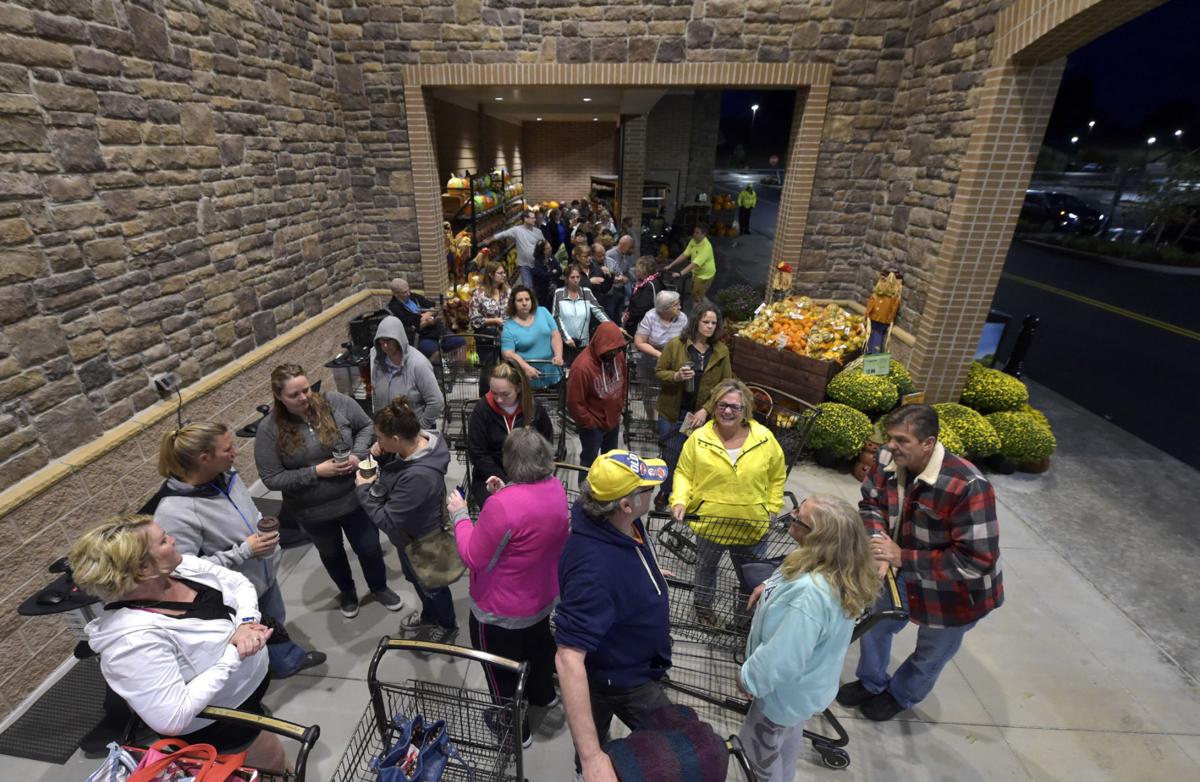 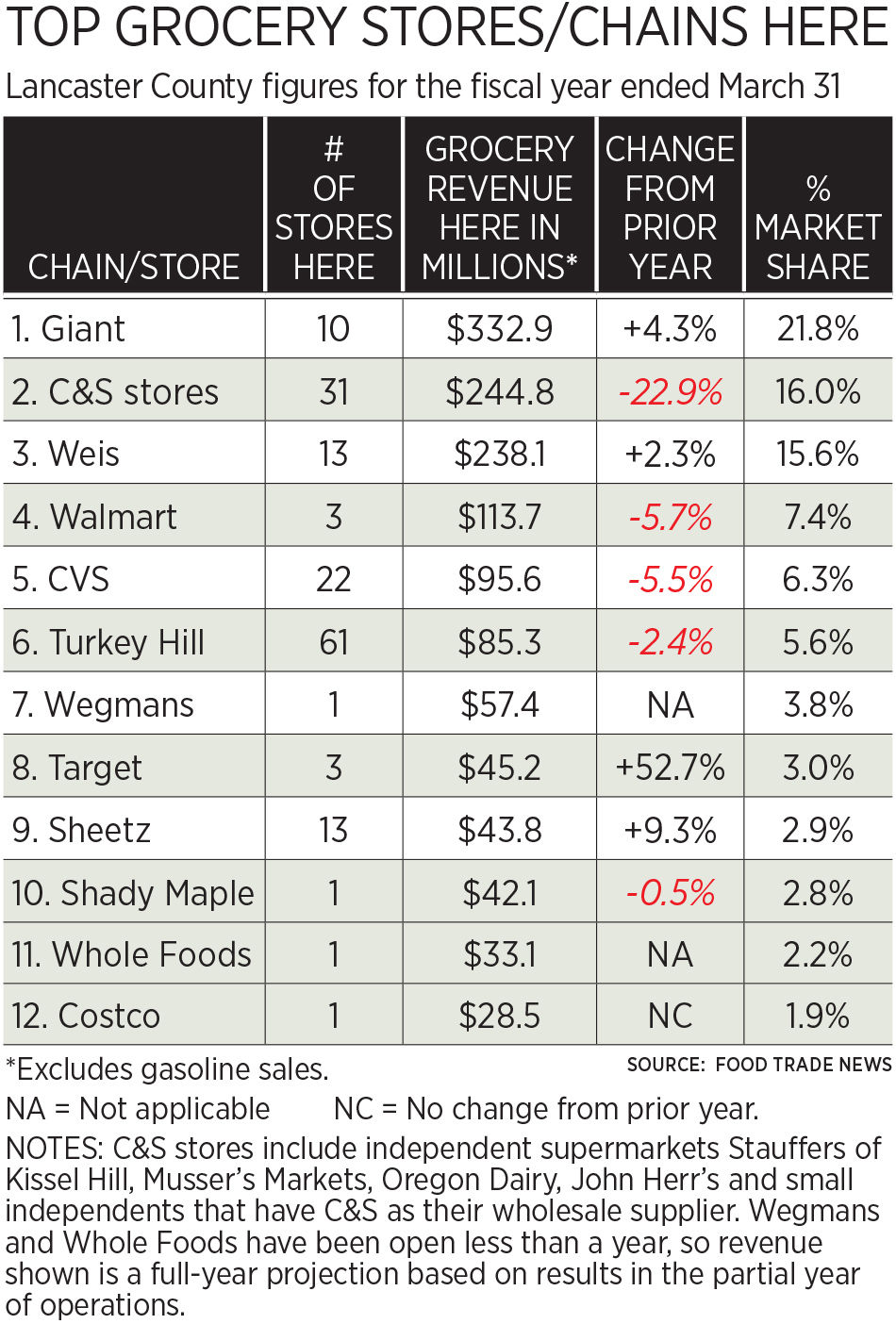 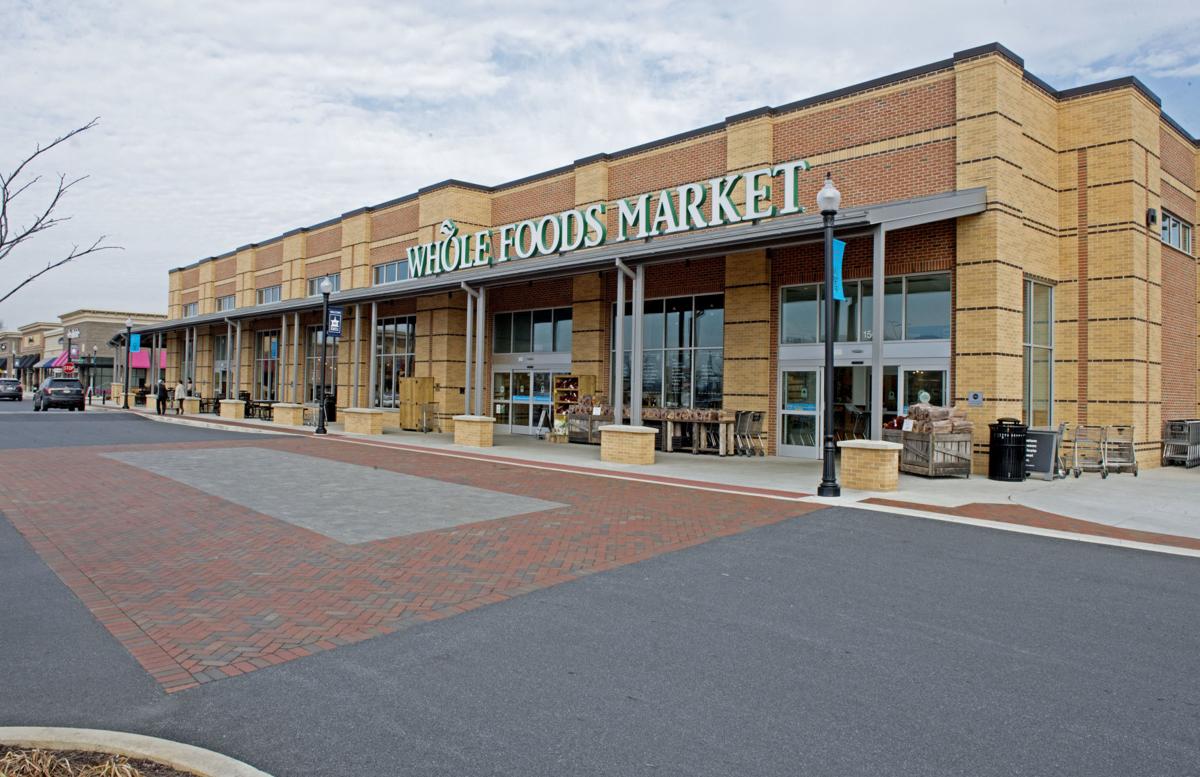 Sandra Tucker had been a loyal customer of Giant’s Lancaster Shopping Center store for years.

Tucker, 60, a clinical assistant at The Heart Group, liked its proximity to her Grandview Heights home.

But after learning that Wegmans was opening a Lancaster store, she was eager to switch her shopping there.

“When we found out they were coming, we were very excited,” said Tucker, who shops for herself and her husband, Scott.

Tucker had shopped at Wegmans stores in other states while on vacation and was bowled over by their selection, service and prices.

The Lancaster store on Harrisburg Pike has the same attributes, said Tucker, who’s developed a fondness for its chicken sausage.

So Tucker is fine with traveling from her home on the east side of town to Wegmans on the west side of town, although that drive is 10 minutes longer than her trip to the Giant.

Big slice of a growing pie

Since Wegmans and Whole Foods announced plans to open stores in Lancaster County — a community with an excess of food stores — one thing has been obvious.

For them to generate an adequate amount of revenue, they’d have to take business away from the stores already here.

And they are, one expert says. But siphoning customers isn’t their only source of revenue.

Here’s a look for the first time at how the newcomers are faring financially, as determined by mid-Atlantic industry publication Food Trade News.

Together, Wegmans and Whole Foods are generating revenue at an annualized clip of $90.5 million, or 5.9% of all grocery sales here, according to the trade newspaper.

So where are they drawing that business from?

Those groups have pushed total grocery spending in Lancaster County up $58.0 million over the past year,  an increase of 3.9%, according to the monthly trade publication.

But even if Wegmans and Whole Foods had gobbled up every cent of that new spending, they still would have had to snatch tens of millions of dollars of business from the stores already here to hit that $90.5 million.

At first glance, it seems that Wegmans and Whole Foods took a huge bite out of independent grocery stores supplied by wholesaler C&S.

But industry sources say the $72.7 million decline was largely due to the closing of C&S customer Darrenkamp’s in November. Darrenkamp’s had three stores here.

(Another C&S customer here, Ferguson & Hassler, closed in mid June — after the reporting period for the 2019 study ended. So “Fergie’s” is included in the 2019 study as a C&S store.)

Other independent stores served by C&S include Stauffers of Kissel Hill, Oregon Dairy, John Herr’s, Yoder’s, Weaver’s, Dutch-Way and Musser’s. Food Trade News does not provide the revenue figures for the stores supplied by C&S.

Ferguson & Hassler in Quarryville to close after 103 years; location will reopen as Giant

When Food Trade News publisher Jeff Metzger was asked where Wegmans and Whole Foods pulled their business from, he had a simple answer.

“When you take $90 million worth of business, it’s going to impact everybody,” Metzger said, even from chains that still posted gains in revenue.

Whatever the impact of the newcomers was, Giant still widened its lead as the top grocery retailer in the county.

It increased its Lancaster County revenue by 4.3%, Food Trade News found. That was good enough for 21.8% of the $1.53 billion grocery industry here.

(LNP’s figures for market share and market size are slightly different than figures published by Food Trade News because LNP included Shady Maple’s revenue in the total market size. The monthly trade newspapers did not.)

Giant bought and reopened the former Darrenkamp’s in Willow Street. In addition, it opened a home-delivery hub on North Reservoir Street that also sells to consumers who visit the hub.

(Giant’s previously reported purchase of Ferguson & Hassler, which reopened in late June as a Giant, won’t be counted in the annual market study until the 2020 edition comes out next summer.)

But she did credit Giant’s growth here to its “aggressive growth strategy,” its “amazing team of friendly and enthusiastic associates” and the “special shopping experience” provided by its stores.

Curtin also pointed to Weis’ constant evolution to meet customer needs and expectations. For instance, six of its stores here have beer-wine cafes. Weis will add to the list, he said.

Also slipping noticeably in fiscal 2019 were Walmart, the fourth biggest, and CVS, the fifth.

Walmart and CVS did not reply to emails from LNP seeking comment on the drops.

Target had exceptional year-to-year growth, with its food sales soaring 52.7%, the biggest gain in the county’s top 12 by far. That was due to the opening of a third local store, at Belmont, in March 2018.

Stauffers, which does not publicly disclose its store revenue, told LNP in May that it’s “minimized” the impact of Wegmans and Whole Foods by taking advantage of the years between the stores announcing they were coming here and their actual openings.

“We were able to further develop and communicate to customers our brand differentiation from all the corporate chain stores in the marketplace...,” executive Eric Stauffer said. “Our customers have responded favorably.”

Shady Maple Farm Market, which has seen its revenue become flat after rising almost every year since its inception in 1970, has responded with an aggressive plan, a store executive told LNP in May.

Shady Maple has ramped up its social media efforts, special events and sales, and rolled out a loyalty campaign that rewards regular shoppers with free meals at the Shady Maple smorgasbord next door.

“We’re doing all kinds of new initiatives to make sure people don’t forget about us, to make sure we are a destination that people become loyal to, that we don’t fall off the radar,” said Lin Weaver.

Although the arrival of Wegmans and Whole Foods shook up the supermarket business in Lancaster County, the two stores performed differently, in Metzger’s view.

Wegmans, which opened in September at The Crossings at Conestoga Creek, generated revenue at an annualized rate of $57.4 million, according to Food Trade News.

That number — the most revenue of any single store in the county — matched Metzger’s expectations. “That’s a very good, very solidly profitable store,” he said.

“We’re happy to make a difference in Lancaster with the things that we believe set our family company apart: incredible customer service, the best ingredients, restaurant foods and consistent low prices,” Fox said.

In contrast to Wegmans, Whole Foods underperformed, Metzger believes. It rang up annualized revenue of $33.1 million at its Belmont store, which opened in June. Metzger was expecting about $42 million.

Competition from stores with some of the same products but at lower prices hurt Whole Foods, he said. Whole Foods did not respond to LNP’s emails seeking its reaction to Metzger’s view.

The arrival of Wegmans and Whole Foods, plus the closing of Darrenkamp’s and Ferguson & Hassler, have made the past year a turbulent time for the local grocery business.

Of the 151 counties from Connecticut to Virginia that are covered by Food Trade News and sister publication Food World, “nobody was as explosive and volatile as Lancaster County,” Metzger said.

AJ’s Surplus Grocery has opened in Columbia in the former home of Musser’s Market.

A third family-owned supermarket company based in Lancaster County is selling its business to Giant Food Stores.

Stauffers of Kissel Hill Fresh Foods has decided to celebrate Earth Day 2020 by taking up the hottest environmental issue in retailing.

Is Lancaster County's hotel building boom too much of a good thing?

Nobody in Lancaster County’s hotel industry will dispute that 2019 has been a challenging year so far, compared to 2018.

What’s described as “the most advanced movie theater in Lancaster County” will open Friday, Nov. 8 at The Crossings at Conestoga Creek on Harr…

Giant will open new stores Friday morning at former Musser’s Markets near Mountville and at the Buck.

Nearly 60 years after it opened, the Weaver Markets store near Reinholds will be closing.

Belmont is best known as a shopping and dining destination, with Target, Whole Foods and a host of restaurants among its offerings.