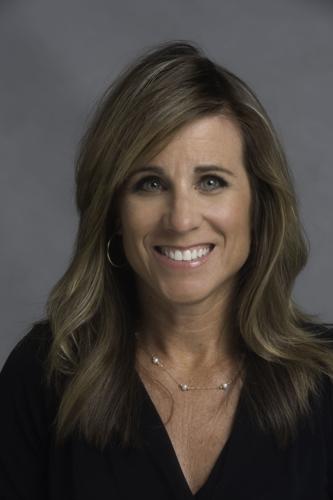 If more out-of-towners knew how much Lancaster County has to offer besides the Amish, more would vacation here.

That’s the conclusion of extensive research done by the PA Dutch Convention & Visitors Bureau, which promotes the county as a tourist destination.

So, as part of a sweeping effort to send that message, the bureau changed its name to Discover Lancaster effective Jan. 1.

“The Amish will always be the cornerstone of our brand and they always should be. But we’re trying to broaden the perception of what’s here,” said Kathleen Frankford on Wednesday.

Frankford, Discover Lancaster president, said its research found that visitors from out of town and out-of-towners who don't visit here share the same narrow perception of Lancaster County’s offerings.

“The people who come to see us, as well as the people who don’t, know us for the Amish, the beautiful countryside, the outlets, family-style dining and Dutch Wonderland,” she said.

The people who don’t vacation here told Discover Lancaster researchers that they like other things.

“They said, ‘We love walkable towns and villages. We love interacting with people. We love fine dining. We love unique and authentic things to do. We love water and beaches,’” said Frankford.

When Discover Lancaster told them that the county has nearly all of those facets, they “were really surprised.”

Four-fifths suddenly said they were interested in visiting Lancaster County, already one of the top tourist destinations in the state.

“We’re very very lucky in this area,” said Frankford. “We have what people want. We’re a very special destination.”

The bureau, now with 736 members, got its start as a Lancaster Chamber of Commerce committee.

In 1958, it stepped out as a standalone organization named the Pennsylvania Dutch Tourist Bureau.

The name was switched to the PA Dutch Convention & Visitors Bureau in 1987.

The changeover — 21 months in the making — began in 2013 with a review of all previous research done on visitors and non-visitors to the county.

The process continued in 2014 with focus groups in the prime markets of northern New Jersey, Long Island and greater Philadelphia, as well as online surveys.

“Everything we’re doing is very much research-based,” said Frankford, who began as president of the Greenfield Road-based organization in January 2013.

The results go beyond the new name for the organization.

As part of the process, the bureau has introduced a new tagline (“Everything you expect, and everything you didn’t”), overhauled its Getaway Guide and website, and made other changes.

The idea, explained Frankford, is to deliver “a sustained, consistent message,” so that current and potential visitors recognize Lancaster County as a place with the Amish and more.

“I’m hoping that, in a couple of years, when people see ‘Discover Lancaster’ on a billboard, they get it,” said Frankford.

How and where to best convey that message remains to be determined. Bureau leaders will huddle in late February and early March to choose their strategy.

The changes come at a time of strength for the tourism industry in Lancaster County, Frankford said, with the tourism business here growing 4 percent in 2014.

Another sign of good health is the 61 percent occupancy rate posted by the county's hotels and inns in 2014. That's the highest since 1999.

But tourism in Lancaster County — which annually draws 8 million visitors, who spend $2 billion, she said — could be stronger still.

“If more people become aware of what we really have to offer here,” said Frankford, “imagine how those numbers could grow.”