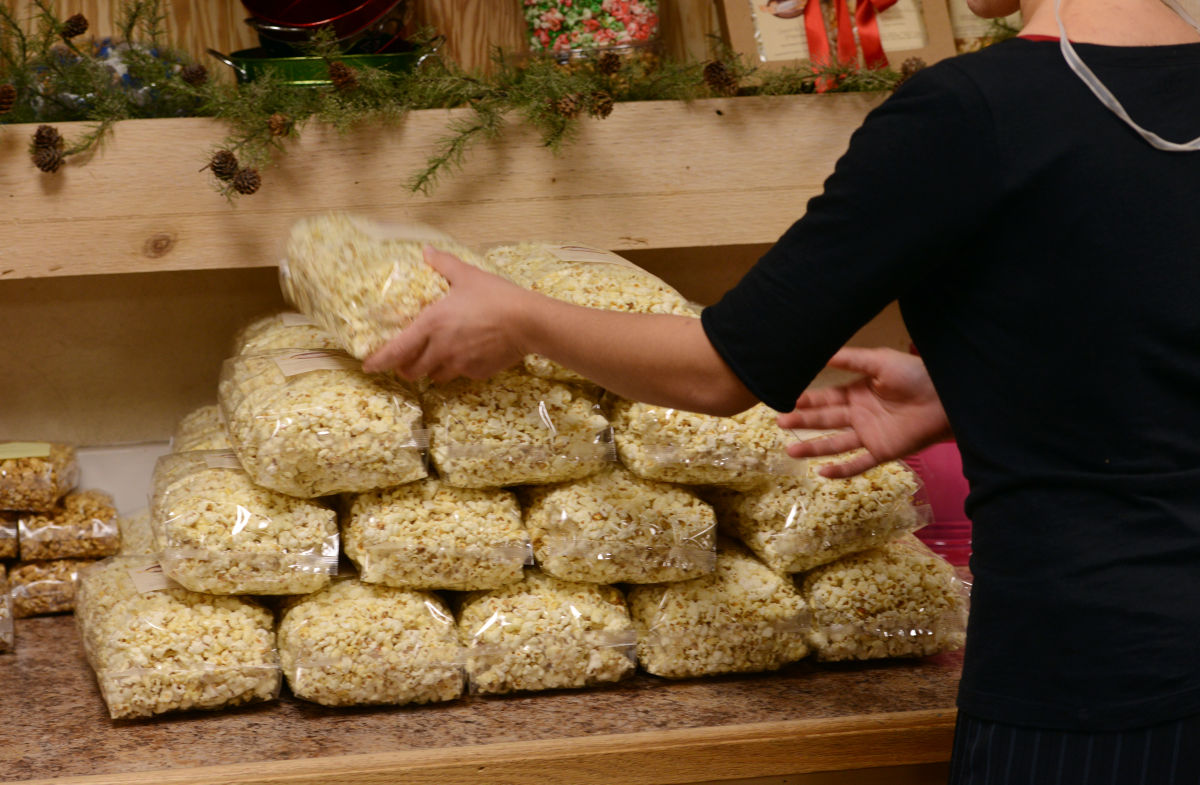 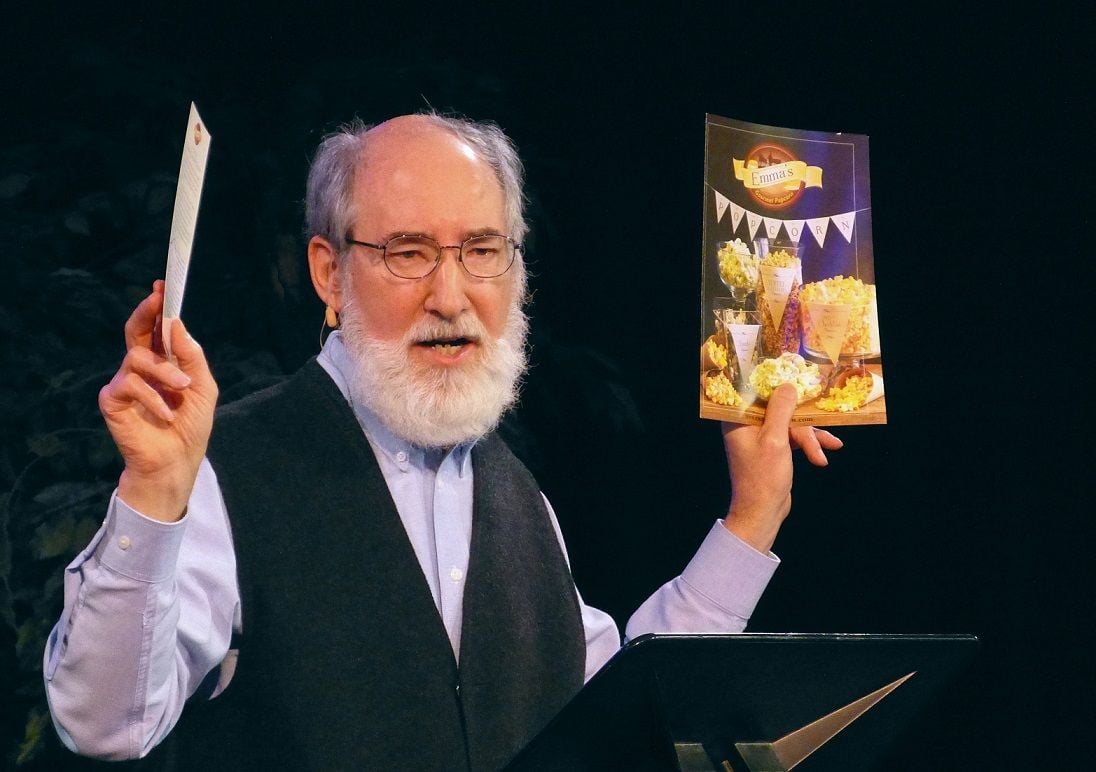 Amish scholar Don Kraybill calls it a riddle, or a paradox.

How can the Amish be such successful entrepreneurs today, when they end their formal education at eighth grade and forswear so much of the paraphernalia of modern life?

That they succeed is indisputable: The failure rate of Amish startups in the first five years is less than 10 percent, versus 65 percent for businesses in North America overall.

Many Amish retailers cater to mainstream customers, and do so with sophistication. Kraybill likes to cite Emma’s Gourmet Popcorn, which pegs promotions to popular holidays and offers online ordering on a modern, well-designed website.

Bowls of the flavored treat were part of a buffet preceding a talk on Amish business that Kraybill gave recently at Elizabethtown College. Kraybill, who retired from teaching at Elizabethtown last year, remains an active scholar at the college’s Young Center for Anabaptist and Pietist Studies.

Over the past few decades, Lancaster County’s Amish have undergone a “mini-Industrial Revolution,” Kraybill said. High land prices plus a population explosion limited farming opportunities for rising generations, fueling a turn to carpentry, small manufacturing and other enterprises.

Today, there are more than 2,000 Amish businesses in the Lancaster area, Kraybill said. Fewer than one-third of local Amish households still rely on farming as the primary source of income.

Alan Dakey is president of the Bank of Bird-in-Hand. Its single branch sits at the corner of North Ronks Road and Route 340, and a majority of its clientele are Plain-sect members.

Many of the bank’s customers farm but also operate nonfarm side businesses, Dakey said.

Remarkably, the bank has yet to record a single 30-day delinquency on a loan since its December 2013 opening — a tribute to its customers’ frugality and money-management capabilities.

Amish aren’t opposed to borrowing per se, but “they want to use it constructively,” Dakey said.

In his talk, Kraybill identified 12 factors he sees contributing to Amish business success.

While some are integral to the culture, many, in principle, could be adopted by anyone.

1. Apprenticeship: Apprenticeship is a training system that mainstream society has largely abandoned, Kraybill said. But in Amish society, teens learn trades by working alongside their parents or other adults. Kraybill described once watching a 13-year-old fix a piece of hydraulic machinery. He had already spent years in his father’s shop and knew what he was doing. “That’s apprenticeship,” Kraybill said.

2. Limited education: Because Amish finish school with eighth grade, they can’t be drawn off into law, medicine or other professions that require extended formal education. The two basic Amish career tracks are farming and small business, so that’s where the best and brightest end up, bringing their ingenuity and drive with them.

3. Work ethic: Amish are brought up in a culture that values hard work. It’s seen as integral to life, and children are brought up from an early age to pitch in to help their family and community.

4. Smallness: “Bigness spoils everything,” Kraybill said an Amishman once told him. With many small companies instead of a few dominant ones, individual Amish have scope to express their entrepreneurial spirit. There’s little social distance between business owners and employees, and owners stay personally invested in their enterprises.

5. Low overhead: Amish businesses don’t have air conditioning or luxurious offices. If the business has an office, Kraybill said he usually finds it empty, because the owner is out working on the shop floor.

6. Social capital: Information propagates rapidly through Amish communities’ social networks. Job seekers and companies with vacancies can put the word out and find each other easily. Transaction costs are low because everyone shares the same values and trust is high.

7. The paradox of technology: The Amish taboos on technology stimulate innovation and “hacking” as entrepreneurs find workarounds, Kraybill said. The culture distinguishes between using and owning technology — that’s why it’s OK for a business like Emma’s Gourmet Popcorn to contract with a website developer, or for Amish carpenters to journey to job sites in “Amish taxis” driven by their neighbors.

8. Infrastructure: New Amish companies operate within a framework created by their fellow businesspeople. They enjoy access to a well-established network of products and services tailored to the culture and its unique needs and restrictions.

9. Regional markets: The tens of millions of people in the mid-Atlantic region comprise a “phenomenal external market” for the Amish, Kraybill said. There are more than 50 Amish markets between Annapolis and New York City, many catering to urban dwellers hungering for a taste of rural life. Ben Riehl, who owns a stand at the Markets at Shrewsbury in southern York County, said half of his Saturday customers drive up from Maryland, and he estimates they account for half his weekly sales.

11. Amish “branding”: For many Americans, the term “Amish” has strong positive associations: honesty, simplicity, old-fashioned virtue. Businesses can partake in those associations simply by being Amish. For Riehl, there's a big difference between overt image-building and the kind of trust that accrues when Amish business owners serve their customers with integrity: The latter “is a reputation that was earned, not a brand that was bought.”

12. Payroll costs: Amish employees in Amish businesses are exempt from mainstream companies’ Social Security, health insurance and pension mandates. Though that keeps costs down, the impact is often exaggerated, Amish business owners say. They say they still have to pay into Amish Aid, the community’s mutual-aid fund, and they have responsibility for payroll taxes and benefits for non-Amish employees, so the difference isn’t all that great.

Amish buggies are more high-tech than you think