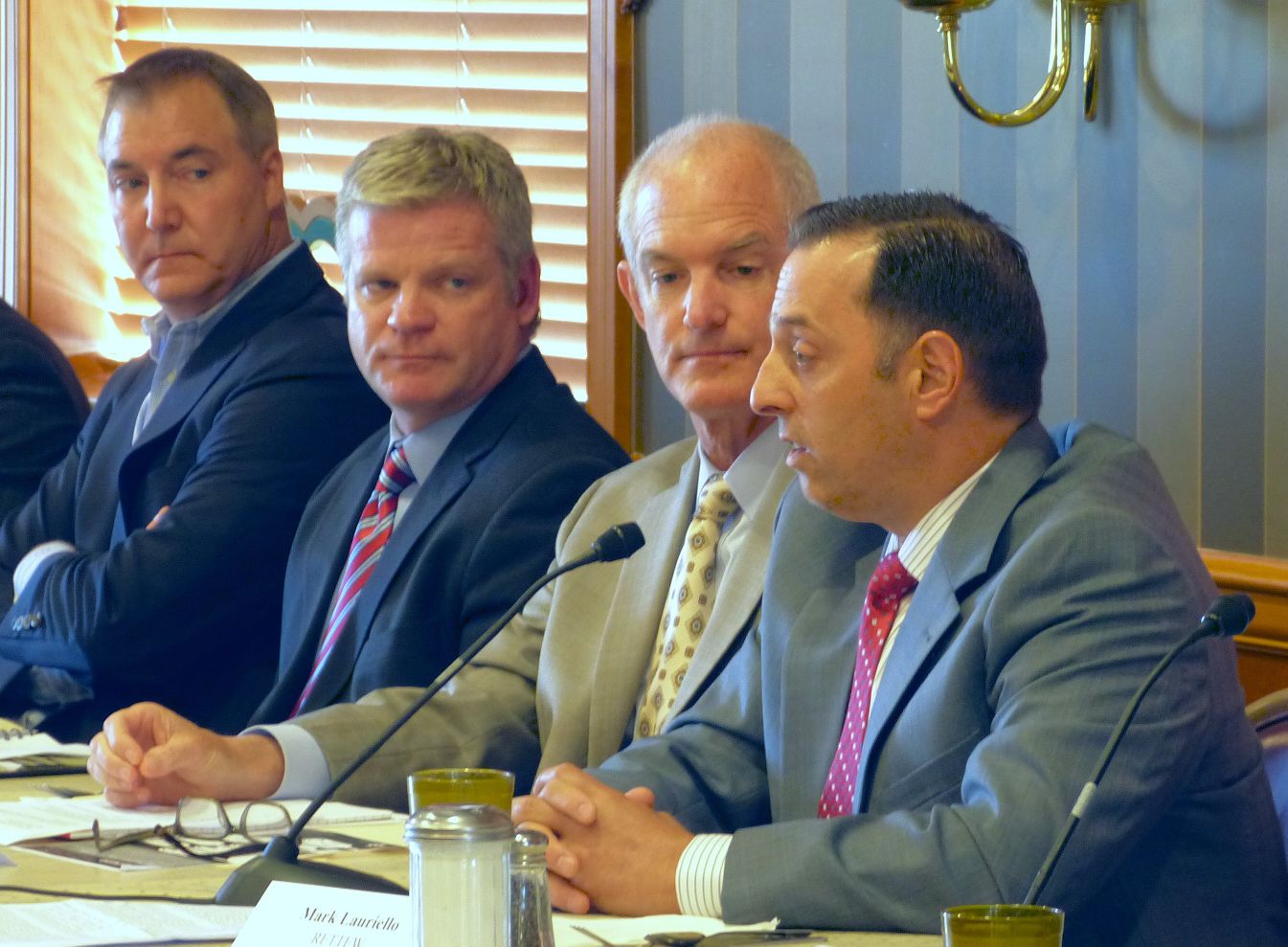 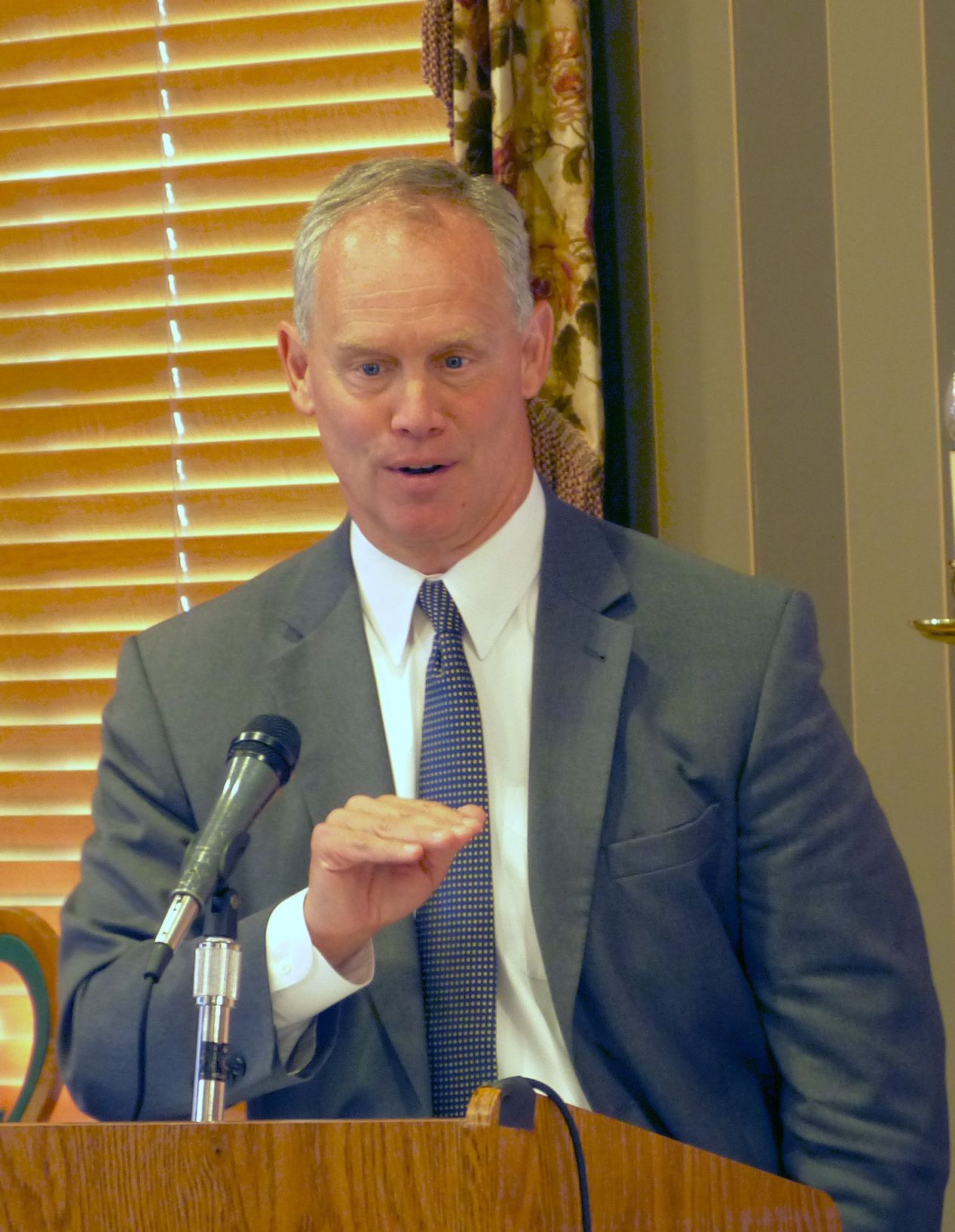 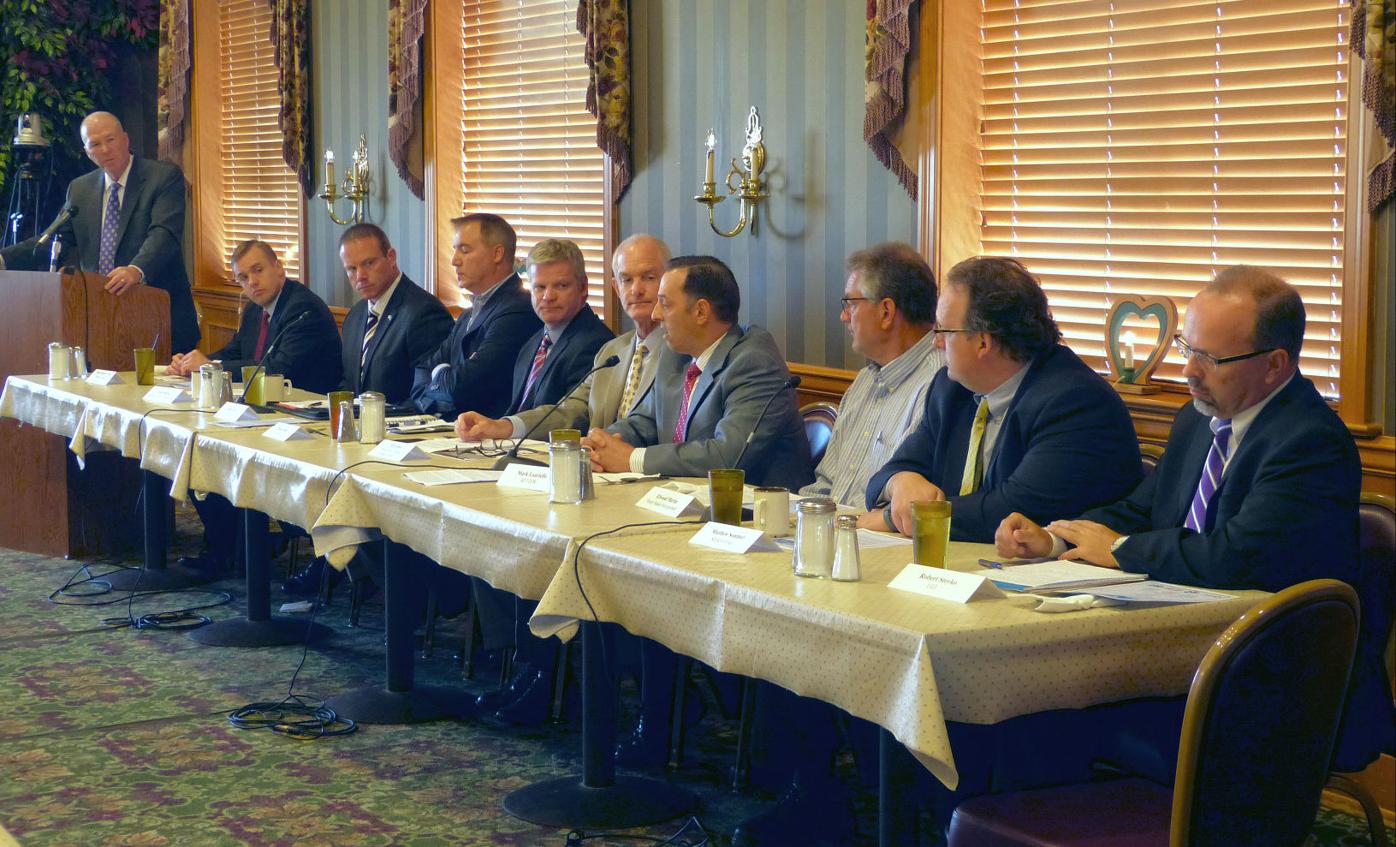 When you think about Marcellus Shale natural gas development in Pennsylvania, Shady Maple Farm Market and Smorgasbord is probably not what comes to mind.

Shady Maple was thus an appropriate venue for the Pennsylvania Chamber of Business and Industry to make its case for nurturing shale gas development and against Gov. Tom Wolf’s proposed severance tax.

Twenty Republican state legislators were in attendance Friday morning, including six whose districts include parts of Lancaster County.

They heard from half a dozen business leaders about the jobs, business opportunities and cheap energy made possible by a robust shale industry.

It was the third in a series of such events being held across Pennsylvania.

“We are here to say yes to new jobs, yes to certainty for employers and yes to free-market competition,” state House Speaker Mike Turzai said.

Turzai and the chamber co-hosted the event.

The choice, Turzai said, is between “pro-growth” policy and Wolf’s “punitive approach,” which he said would create “a de facto moratorium” on natural gas development.

Wolf has proposed a 5 percent severance tax over and above the per-well impact fee that drillers now pay. Pennsylvania is the only shale gas state that lacks a severance tax.

The proposal sets a price floor for the tax. The chamber says it will make the effective rate much higher when gas prices are as low as they are now.

The prospect of a severance tax scares Mark Lauriello, president of the Lancaster-based engineering firm Rettew.

Higher costs, whatever the cause, will reduce the state’s rig count, and that translates to fewer jobs across the board, he said.

Fueled by work in the natural gas industry, Rettew has grown from 189 employees to 400.

Its growth has translated into more business for other local companies, Lauriello said.

The $4.5 million headquarters building that Rettew opened in 2011 was built by local contractors.

Lauriello also said the company has bought 75 new vehicles locally in the past few years, a good 60 more than it would have bought without its growth.

Panelists said companies supporting the shale gas industry pay high wages, and that consumers are saving hundreds or thousands of dollars annually on their heating bills.

They called for policies to promote adoption of compressed natural gas or CNG vehicles and to attract manufacturers and chemical companies to the state.

Pennsylvania is competing with Gulf Coast states for plastics and chemical firms, and the window of opportunity is only about 18 months, said Jeff Logan, president of the Pennsylvania Chemical Industry Council.

The opponents of the proposed Atlantic Sunrise pipeline, which would traverse about 30 miles of Lancaster County, are a small “vocal minority” he said.

He accused them of spreading misinformation and exaggerating the danger.

Seven major pipelines run through the county, all operating safely and without incident, he said.

The county’s share of state shale gas impact fees has helped it repair bridges and preserve farmland, he said, adding that he is concerned that the state would exert control over severance fee revenues rather than giving local government a say.