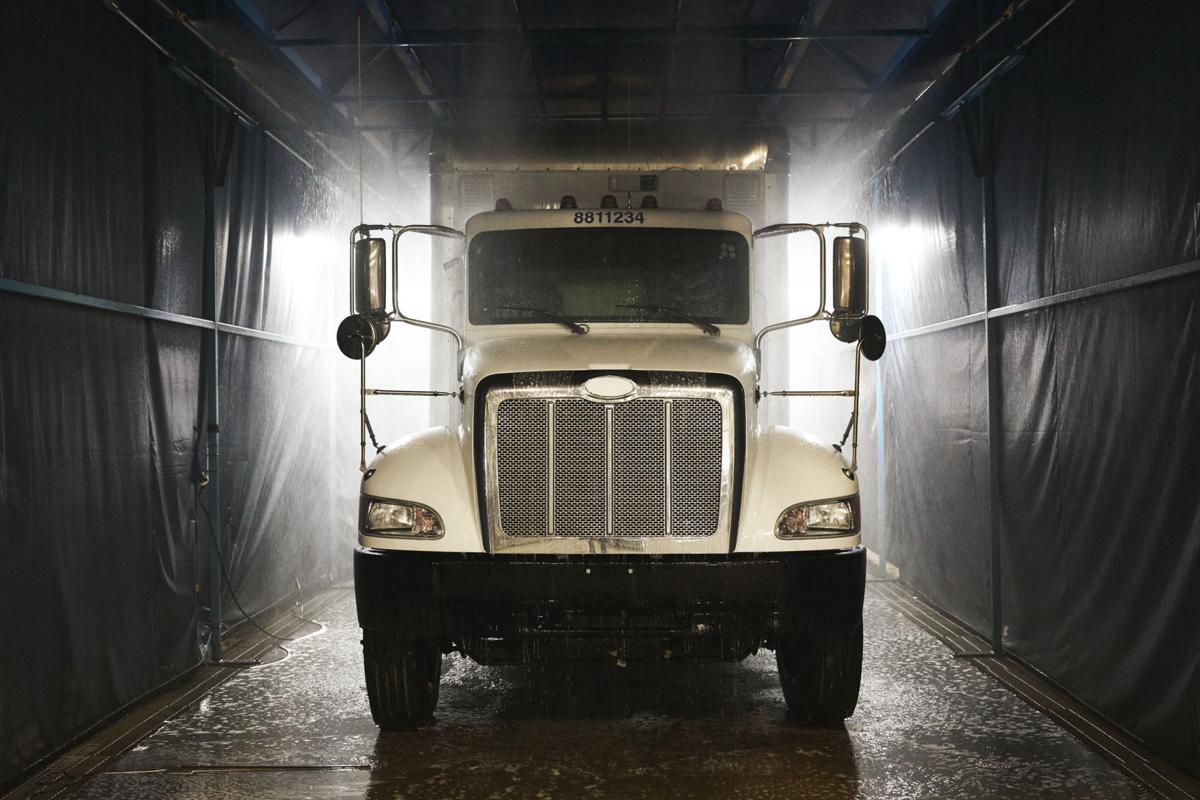 A truck body assembled by Spartan Motors in Ephrata undergoes testing at the plant to make sure it’s watertight. 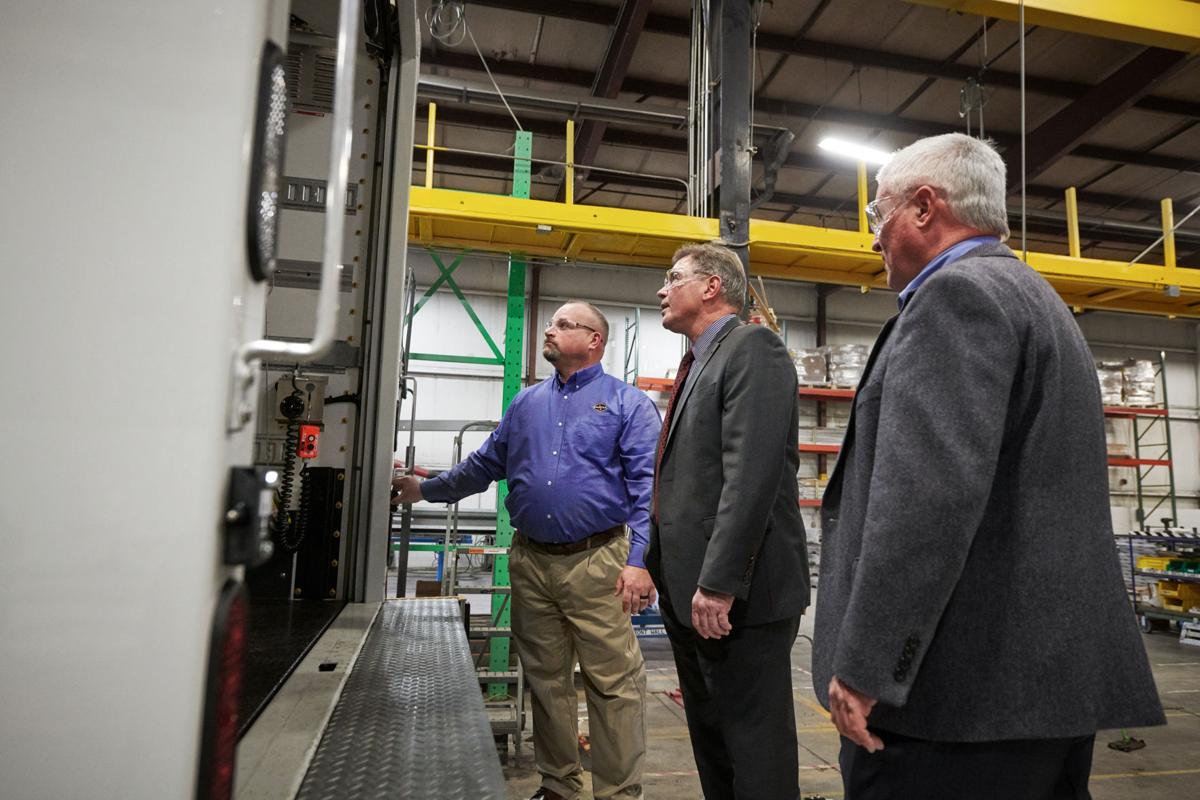 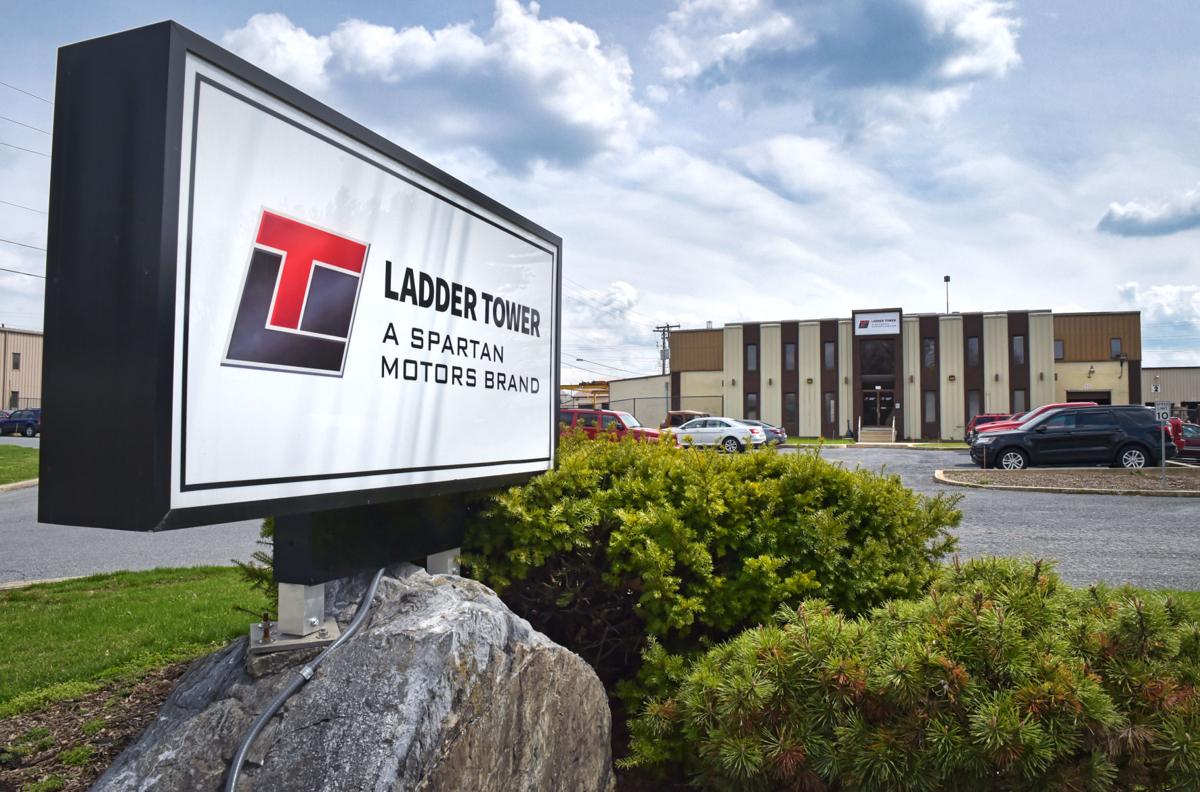 A truck body assembled by Spartan Motors in Ephrata undergoes testing at the plant to make sure it’s watertight.

From an unassuming Ephrata building in a relatively quiet neighborhood over the hill from Oregon Pike, new postal trucks are emerging at a rate of about eight per day.

The first half-mile or so that they travel is along the banks of a glistening Cocalico Creek, before fanning out across the country — to states including Hawaii — where they’ll clock countless more miles hauling packages and letters.

The vehicles are being completed by the Spartan Motors plant here under a $214 million order received from the U.S. Postal Service in 2017, as LNP previously reported. It calls for more than 2,000 cargo-body fleet vehicles.

Here’s how Spartan does it — and why the work is being done here.

Spartan's job in Ephrata is to assemble the truck body atop a chassis, attach it to a cab and outfit the entire vehicle with specific features for the Postal Service.

These trucks are 18 and 24 feet long — definitely not the kind of thing that can be assembled on a conveyor belt.

Instead, the truck bodies are put together through a series of stations manned by about 90 employees tackling the Postal Service order a step at a time.

It starts at a station where workers install side rails.

Then comes the wood floor, which later has holes drilled in it to help postal workers secure mail carts. The walls, which come in from Indiana, are added and the roof is lowered via crane.

“Going up,” yells one of the men using a moving scaffolding system to emblazon each truck’s body with the Postal Service’s familiar markings.

That decal station isn’t far from where more than 5,000 gallons of recycled water blast each truck from all directions in an effort to detect any leaks.

There’s many more stations, including one for undercoating and another for electronics such as backing-up alarms, radios and lift-gate cables. There’s even a station for installing a switch that releases snow chains off of tires.

The scene is like a gritty but well-choreographed dance set to the sound of whirring drills, banging hammers and classic rock.

Every 52 minutes the whole thing shifts. The truck bodies move to the next station. It will take two days before the trucks move through the entire process and head out the door.

Spartan started assembling the truck bodies here in spring 2018, after equipping the plant with the help of $678,000 in state aid. That sum supplemented its own investment of $2.4 million. Spartan has applied for $500,000 more from the state. The request is linked to ongoing job creation, a Spartan executive said.

The reason why Spartan, based in Charlotte, Michigan, is making all this happen in Ephrata has a lot to do with timing and geography.

When Spartan got the Postal Service order — the largest in the 44-year-old company’s history — executives didn’t decide immediately where to put the truck-body production, which is being done under Spartan’s Utilimaster division.

“As we looked geographically, it made the most sense to go into the Pennsylvania market — not only to initially create the Postal Service product, but really to address what amounts to about 15% of the national market for that type of product line,” said Spartan COO Tom Schultz.

East Coast demand was becoming an issue for Spartan, whose Midwest facilities aren’t a good geographic fit for all its customers.

“We continue to have great customers like Pepsi and Frito Lay (who) will tell us, ‘Guys, we would buy every single vehicle from you. But we can't afford to pay $700 to $1,000 extra in shipping,’” said Schultz.

Those clients need so many trucks that those figures add up quickly, he said. Offering an East Coast operation solves that issue, said Schultz.

Just one now handles business for Ladder Tower, the longtime Lancaster County institution which has been part of Spartan’s portfolio since early 2017.

That’s when Spartan bought the aerial fire apparatus manufacturer’s owner, Smeal Fire Apparatus. Spartan had previously been a supplier of chassis to Smeal.

Consolidating emergency-response products in one building made way for the fleet truck bodies in the other. About 68 employees are now working on the fire side but that fluctuates to 70 or 75, Schultz said.

“We continue to make investments there on the emergency response side,” he said. “As an example of that, we had all of those truck designs looked at by professional engineers to make sure that — not only did they meet the standard originally when they were designed and sold — but that they meet today’s even more rigorous design demands. And they certainly do that.”

Ephrata employees are making the newly recertified designs which Schultz said is welcome news to the bigger cities that want them.

“Our full intent is to put that line back in place to serve these cities like Boston, Chicago, etc.,” he said. “We have no plans to stop the manufacture of those trucks but instead continue to invest in that product line.”

As for the Postal Service truck bodies, Schultz said that one of the payoffs of putting those in Ephrata became apparent during the transformation of a building previously used for 40-or-50-foot vehicles.

He said “a disproportionate amount of credit” for making that happen goes to those living and working in Pennsylvania.

“It’s sometimes called tribal knowledge. I call it experience,” Schultz said. “While we had a vision, their actual creation was much better than our vision and we … are amazed when we go there and take a look at what they’ve done.”

“It wasn’t the prettiest facility and it wasn’t the best facility to do that type of work,” he said. “But they’ve really created a great process and, of course, a great product that’s been very well-accepted in the market and has really given us the ability to grow that business because of the great start we’ve had.”

With more than 900 truck bodies rolling out last year, Spartan is running ahead of schedule on the Postal Service order — which begs the question of what happens when it’s finished. Spartan hasn’t disclosed when the contract will be completed.

There is a chance for a small follow-on order from the Postal Service, replied Spartan CEO Daryl Adams during the call. But more notably, he added, Spartan’s sales team has been working to lock in new business for the Ephrata plant.

Adams told analysts that Ephrata is designed to handle about 12 truck bodies a day though currently doing eight. The difference could allow Spartan to ramp up new orders as the postal contract winds down, he said.

Adams also stressed to analysts that new orders aren’t going to replace sales from the Postal Service order but that the company is focusing instead on profitability.

Schultz later explained that the reason for the distinction has a lot to do with the high-end truck cab that the Postal Service uses.

Inside the Ephrata facility, a line of shiny, freshly-washed white cabs adorned with the iconic Peterbilt logo cut an impressive figure — even to someone unfamiliar with most things vehicular.

So the total revenue from an order of 2,000 truck bodies from someone other than the Postal Service is going to look a lot smaller, he indicated.

Being publicly held, however, doesn’t mean that it has to go public with all the details about its operations.

Spartan, like most companies, is particular about who can speak for the company it and what it will show the public.

And while Spartan did allow a reporter into the plant, the company would not allow a photographer to accompany her. It’s a rule Spartan says is designed to protect customer privacy. Even in earnings calls, Spartan executives at times avoid using names.

Spartan is operating a facility in Ladson, South Carolina, where employees are upfitting vans for “an e-commerce customer,” Adams said during the February call. He also said that Spartan is “there for the Sprinter.”

Last fall, Amazon announced that it was buying 20,000 Sprinter vans made by Mercedes-Benz at that automaker’s new factory in North Charleston, S.C.

Adams and Schultz both said Spartan does not know how many Amazon orders the company will end up landing and that they would not expect the company to rely on a single source. Ephrata would not make sense for those small Sprinter-like vehicles, Schultz said.

“But like most of our customers, Amazon has multiple needs in multiple sizes or classes of vehicles,” Schultz said.

“They also have a need for these truck body-type trucks for intercity, intracity transportation," he said. “So while we can’t announce right now, we are certainly open to business for any one of our current great customers for their truck body needs. Because, again, a substantial portion of those will be needed in that East Coast corridor, which the Pennsylvania factory serves very well.”