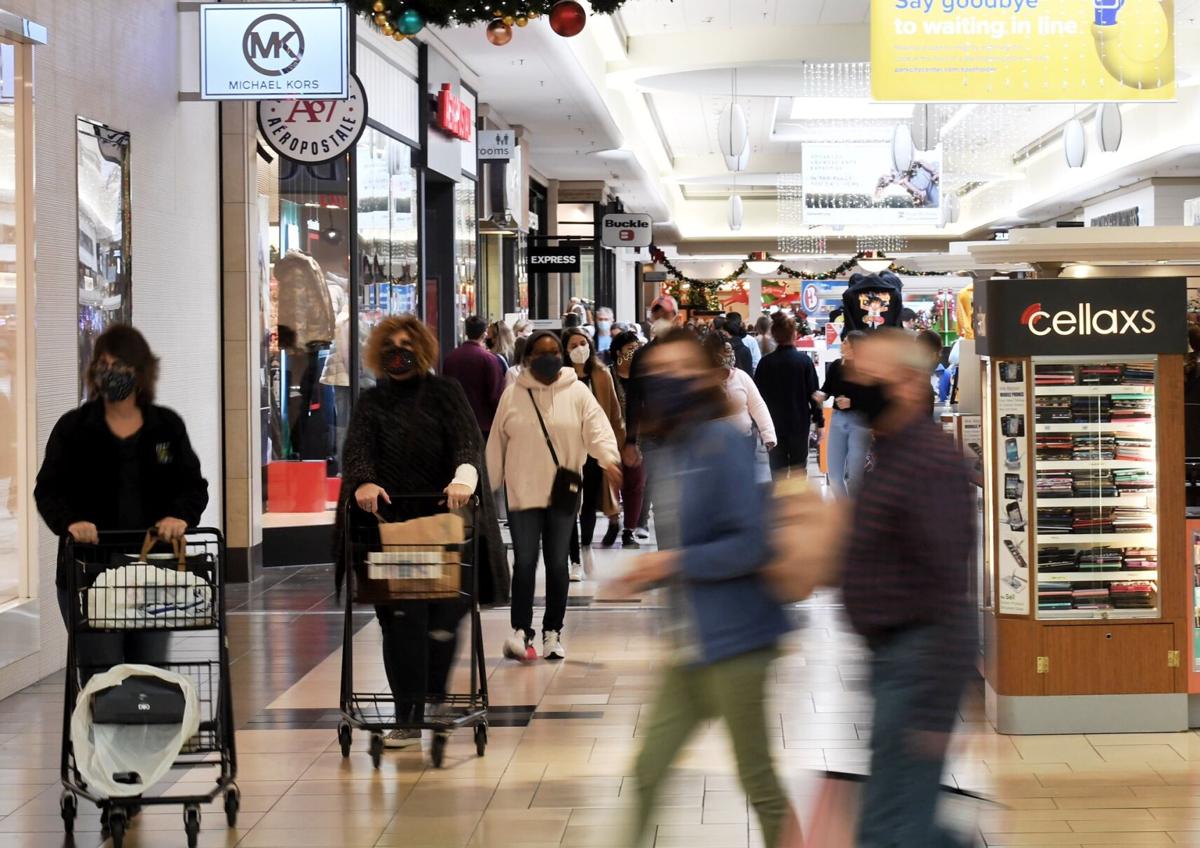 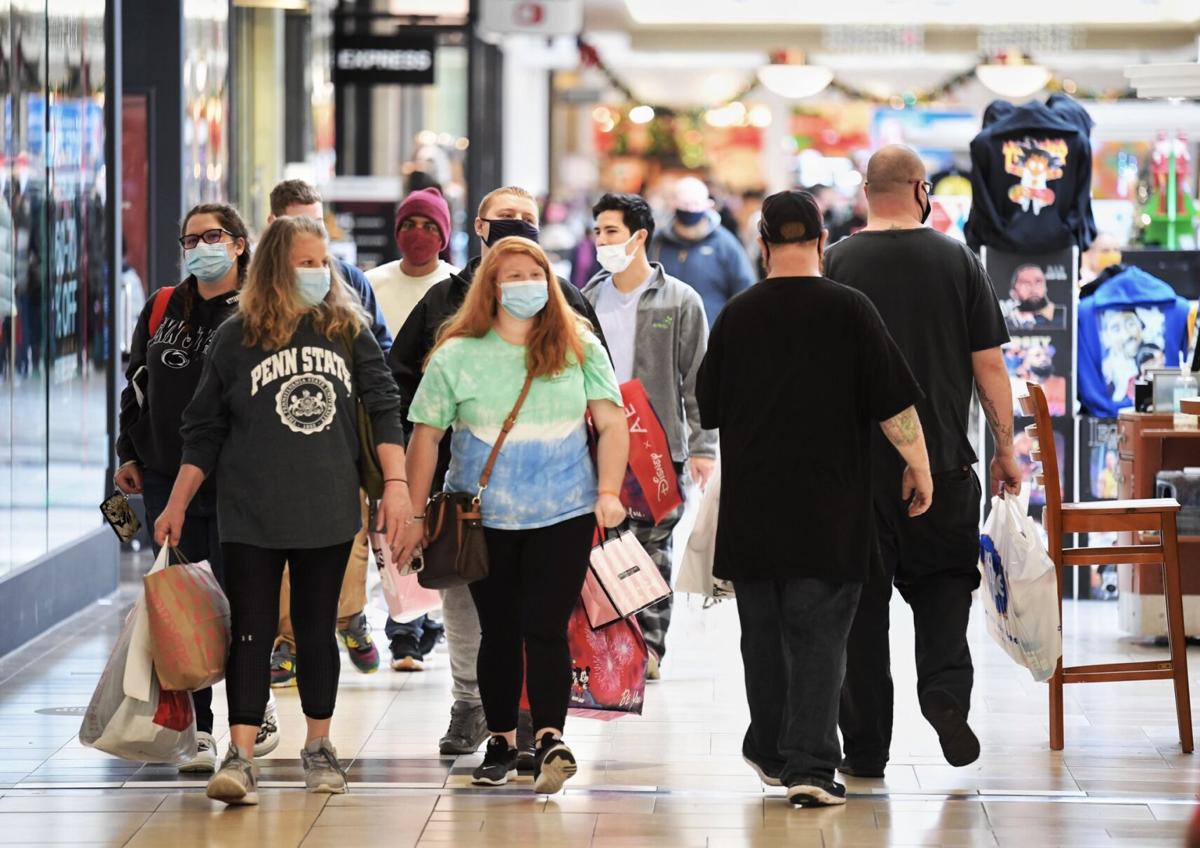 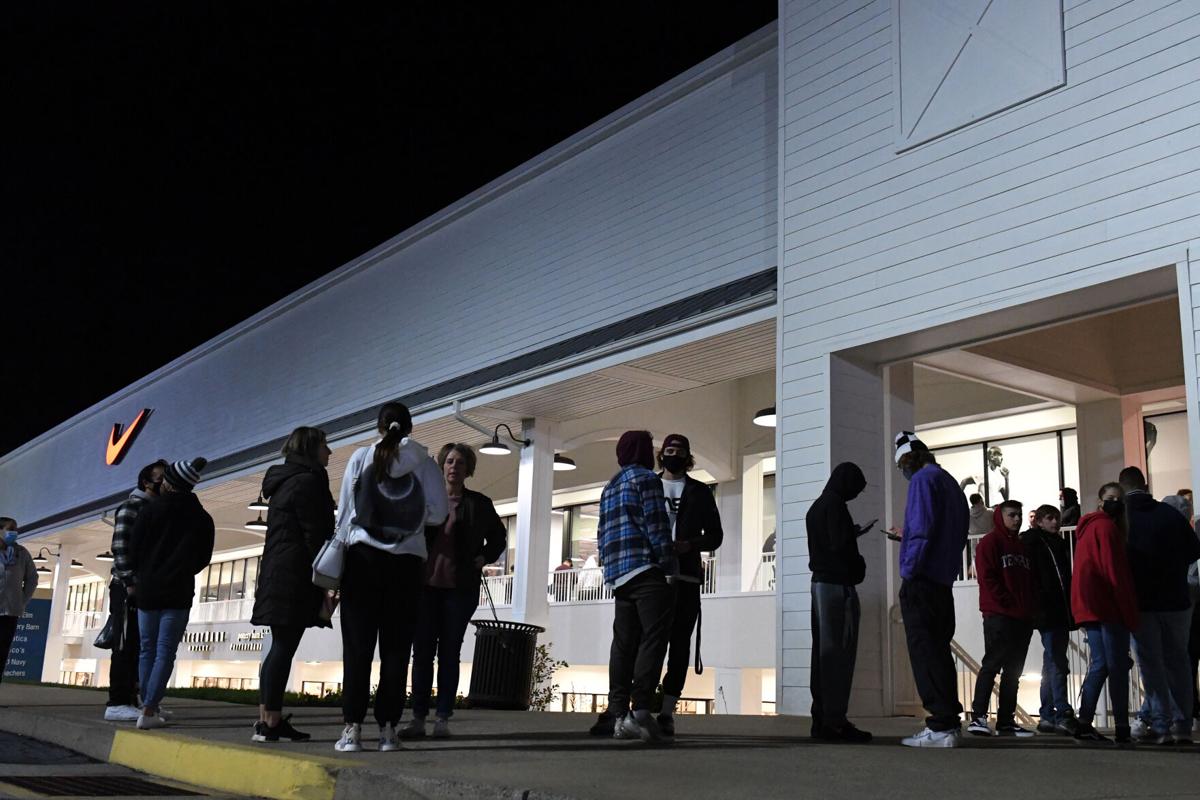 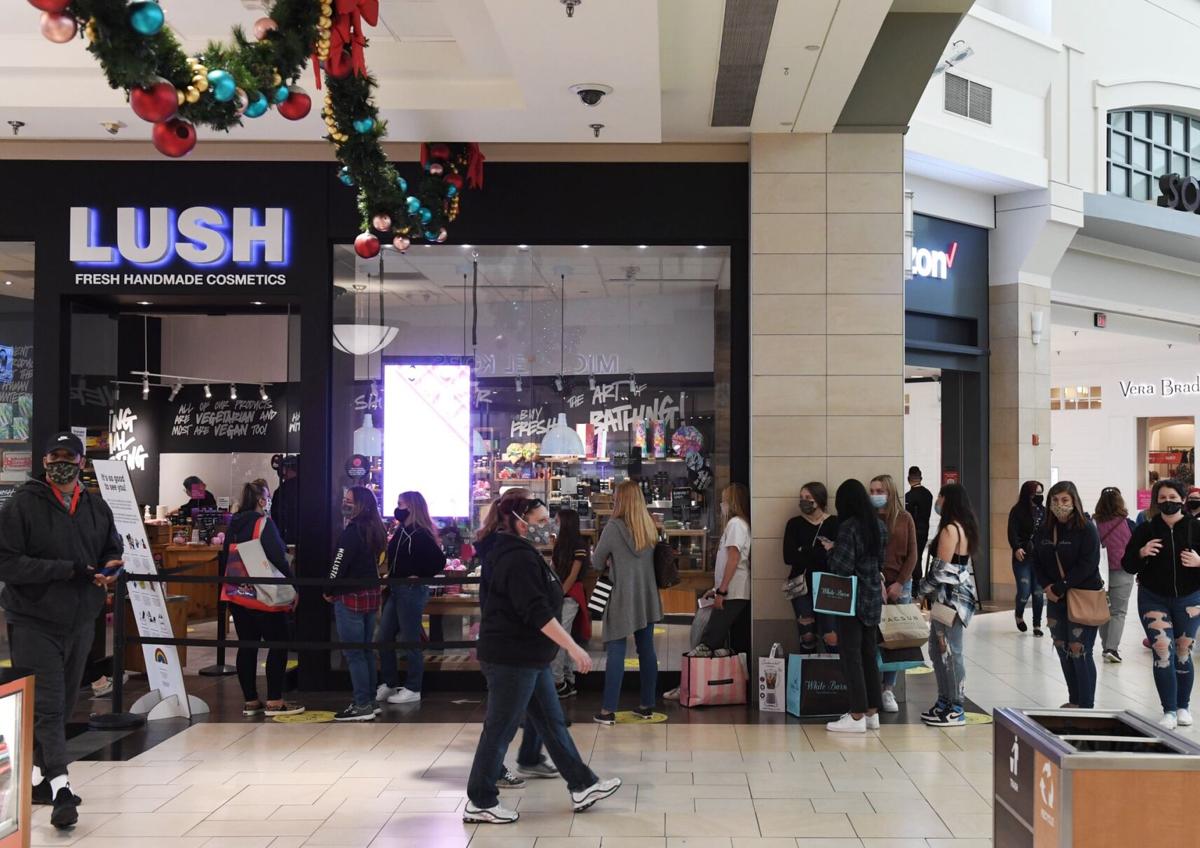 After a Thanksgiving Day hiatus, stores welcomed shoppers back this morning for a Black Friday that lacked some of its usual frenzy because stores offered fewer bargains, and some people stayed home because of COVID-19.

Nevertheless, lines still formed early for the 6 a.m. opening of Tanger Outlets, which like other major shopping centers and stores, was closed Thanksgiving Day. One of those lines was at Under Armour, where a half-off sale was enough to prompt Tim Mullally to make the trip from Queens, New York.

“The cost compared to buy this in New York is insane. Insane,” said Mullally, a union ironworker who was staying in the Harrisburg area where he owns some rental properties.

Mullally, who also planned to stop at the Tanger Outlets in Hershey, said he wasn’t worried about visiting stores during a pandemic. “The deals are too good. I’ll take the COVID,” he said.

Other shoppers also brushed off worries about COVID-19.

“We’re not nervous,” said Melinda Kreider, of Myerstown, who was also in the early line at Under Armour, waiting with her husband, daughter and son-in-law. “Eventually, everyone is going to get it.”

For Black Friday shoppers like the Kreiders, heading out to the stores after Thanksgiving is a tradition they were glad to be able to continue, even with the health risks, requirements to wear masks and the wait outside as stores enforced capacity limits. Yet, compared to other Black Fridays, there were noticeably fewer people out and about this year.

Bob Young, owner of Bob’s Sports at Park City Center, said he could hardly believe what he saw when he arrived at the mall Friday morning.

“I pulled in today and I almost stopped to take a picture of it because I couldn’t believe how empty it was,” said Young, whose sporting apparel store is right next to Boscov’s. “It was probably the emptiest for Black Friday that I’ve ever seen.”

Young said he didn’t know quite what to expect Friday, but said he was disappointed with the early turnout, which hadn’t improved by mid-morning.

“We were kind of thinking that maybe because we weren’t open on Thanksgiving that maybe it would be back to normal that people would be out in droves on Friday, and that’s just not the case,” he said.

For some of the people who didn’t show up today, the health risks could have been a factor.

The U.S. Centers for Disease Control and Prevention has labeled shopping in crowded stores during the holidays a “higher risk” activity and says people should limit any in-person shopping, including at supermarkets. Instead, the health agency recommends shopping online, visiting outdoor markets or using curbside pickup, where workers bring orders to you in the parking lot.

The National Retail Federation, the nation's largest retail trade group, has taken an optimistic view, predicting that shoppers will be looking for reasons to celebrate. The trade group expects sales for the November and December period to increase between 3.6% and 5.2% over 2019 compared with a 4% increase the year before. Holiday sales have averaged gains of 3.5% over the past five years.

Yet, with retailers offering fewer Black Friday-only deals and making it easier to shop online, fewer of those sales were likely to happen in person on the day after Thanksgiving.

“We were anticipating that it would not be a traditional Black Friday shopping morning, and it’s pretty consistent with that,” Gallagher said soon after 9 a.m. “We opened the stores at 7 o’clock this morning and we had a comfortable number of shoppers.”

And although Tanger Outlets was busier right away, general manager Monica Trego said the day had “a Saturday feel, not Black Friday.” Trego also said she wasn’t expecting the typical crowds, saying some people might have stayed away because of the state mandate that requires out of state visitors to get a negative COVID-19 test, or quarantine for 14 days.

Other major Lancaster County shopping centers, including the Shoppes at Belmont and Red Rose Commons, also lacked the usual Black Friday crowds. In Red Rose Commons, for example, Best Buy wasn’t offering its early “doorbuster” deals, and lines only occasionally formed outside when the store enforced a strict capacity limit.

Away from the major shopping centers around Lancaster, Black Friday was an even more subdued affair in Lititz, where many of the small shops didn’t open until 10 a.m. and the streets were still quiet soon thereafter. Yet merchants there were more hopeful about the weekend.

Tracy Blake stood courtside, a face mask tucked under her chin, cheering on her 12-year-old daughter, Ciana, during a recent tournament at Spo…

Pennsylvania has reached 351,667 total COVID-19 cases to date, an increase of 8,053 from Friday's count, according to the Pa. Department of Health.

There were several changes to the retail scene in Lancaster County during the month of November.

Too busy eating some Thanksgiving leftovers this weekend to login and get your dose of LNP | LancasterOnline? Not to worry, we got you covered.

PaulB Hardware will be opening a new store next year in Mechanicsburg.

Williams-Sonoma, a specialty retailer of home furnishings, will be closing its Park City Center store Jan. 24.