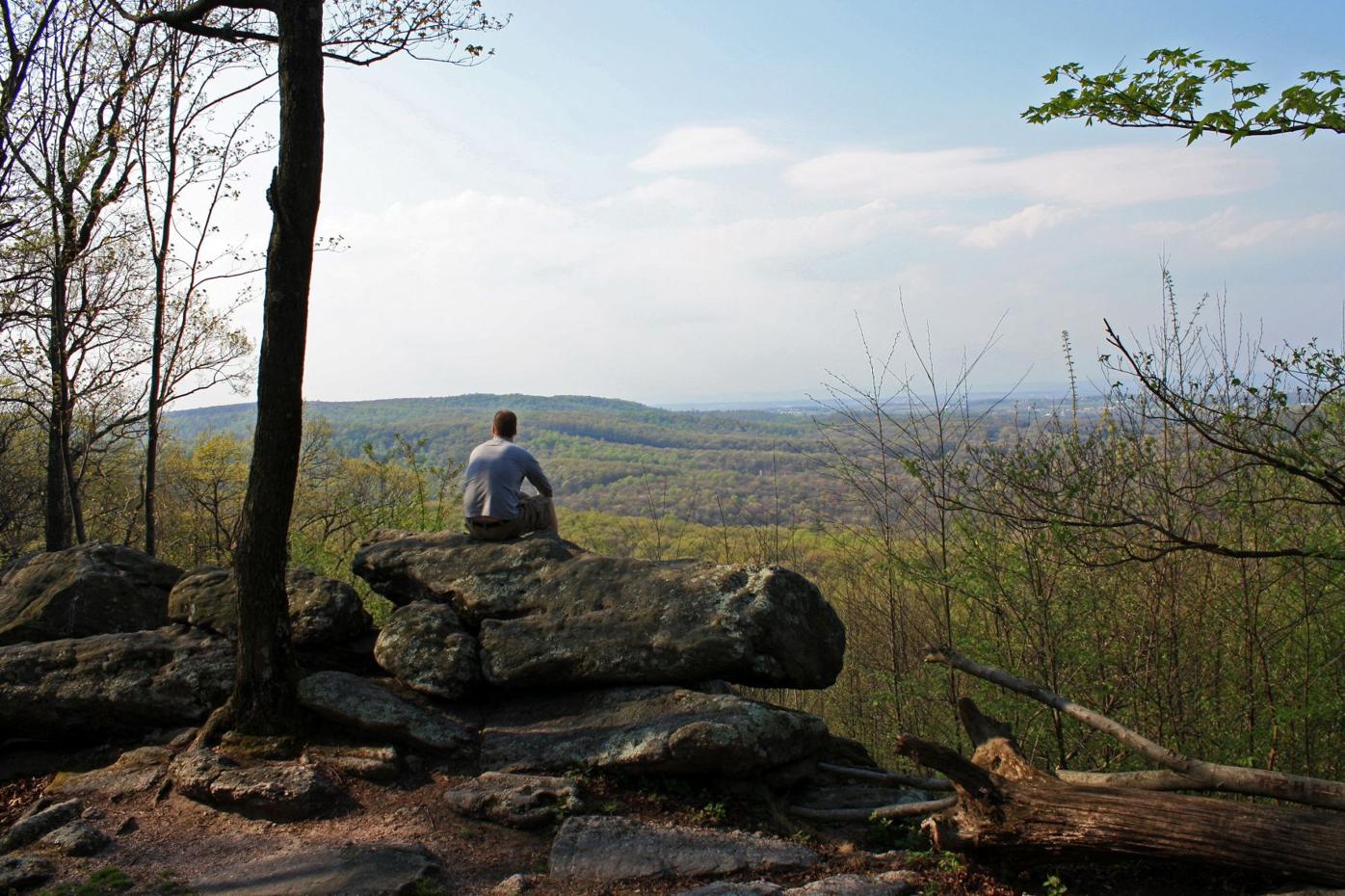 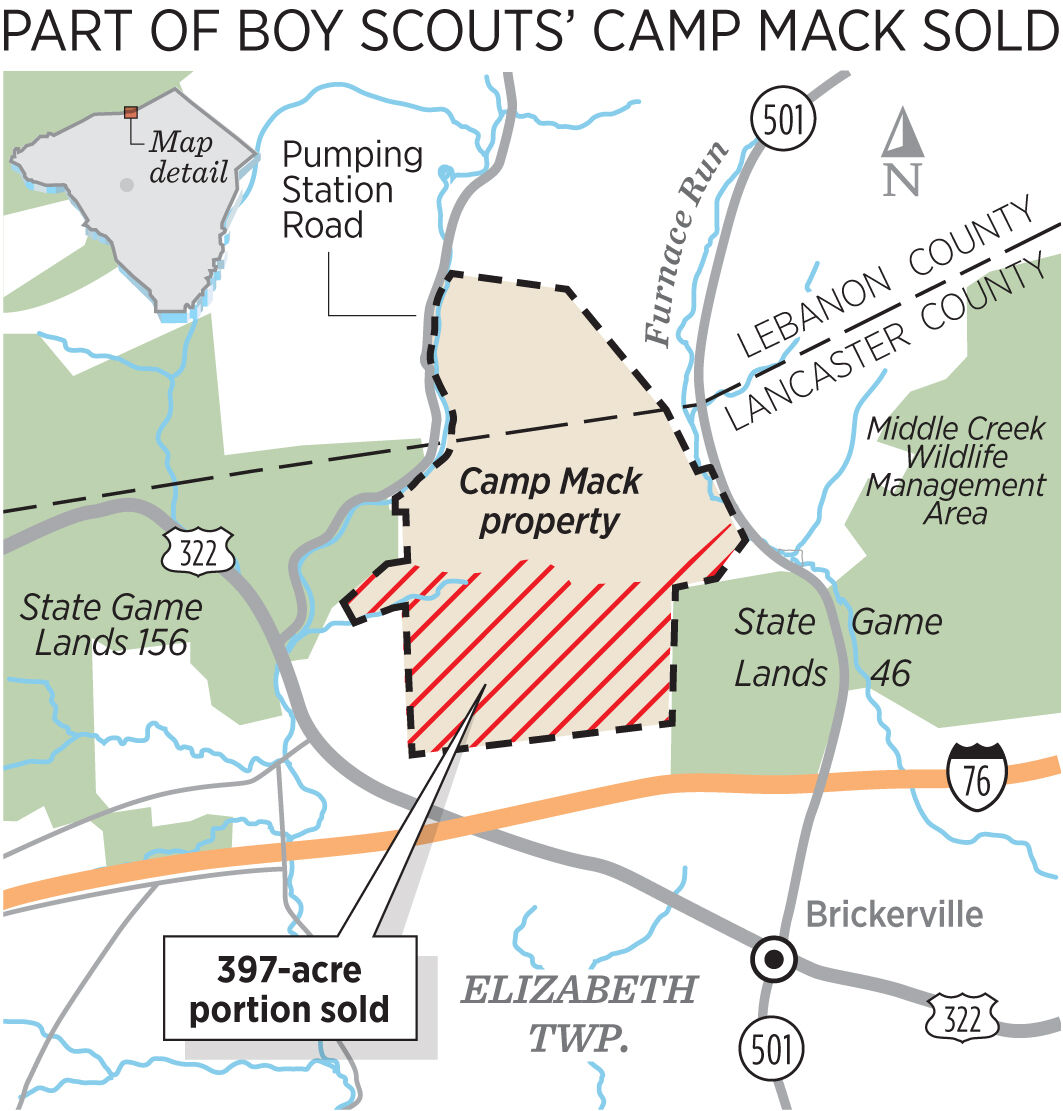 The local Boy Scouts organization has sold more than a third of the wooded J. Edward Mack Scout Reservation at the northern edge of Lancaster County to a nonprofit that transferred the land to the state Game Commission.

Courthouse records show the 397-acre portion was divested by the Boy Scouts’ Pennsylvania Dutch Council to Natural Lands, a nonprofit based in Delaware County that preserves open space, for $2.88 million.

The same day, Natural Lands transferred the parcel to the Game Commission in a transaction that will fill the gap between the commission’s Middle Creek and Furnace Hills state game lands for the first time.

“The acquisition is important since the property connects (the two existing state game lands) in a highly populated area within the (region),” said Game Commission spokesman Travis Lau.

LNP | LancasterOnline reported in 2018 that the two-step deal was being negotiated. But the transactions weren’t consummated until Sept. 8 because Natural Lands needed time to secure grants to fund its purchase, a task slowed by the pandemic.

The change in ownership preserves the Brickerville-area acreage’s availability to the public. Highlights of the property include the Eagle Rock overlook, hiking trails that include a section of the Horse-Shoe Trail and three streams that feed into Furnace Run and Hammer Creek. But now public hunting is allowed there too, as it is on all state game lands.

Camp Mack -- minus the divested acreage -- now stands at nearly 600 acres that include all of its campsites plus its aquatic center, dining hall and other buildings. The camp, named after the J. Edward Mack, who became county’s first Eagle Scout in 1917, has served Boy Scouts in Lancaster and Lebanon counties since 1968.

The tract is in Elizabeth Township’s conservation district, a type of zoning that allows few types of development.

Township Administrator Loren Miller said last week that the transition in ownership to the Game Commission “has the full support” of the township’s supervisors. “The board was very

pleased back in 2018 (to learn of the plan). Seeing this land preserved for future generations was very important to the board.”

The Pennsylvania Dutch Council, which oversees Boy Scouting in Lancaster and Lebanon counties, will put proceeds of the sale into an endowment for maintaining its facilities, said Matt Adams, the council’s executive director and CEO.

“We’re switching a land asset into a cash asset, which allows us to keep our facilities nice and clean and crisp and up-to-date for our customers,” Adams explained last week. And at the same time, he continued, “we’re still able to use the land (that was sold) exactly as we have been using it.”

Natural Lands then turned around and transferred the property to the Game Commission.

“We owned it for five minutes,” he said.

But to comply with federal regulations, Natural Lands’ dealings with the Game Commission were listed in public records as a sale of the land to the commission for $1.9 million (the sum of the commission’s cash donation plus the federal grant), Stefferud said. In actuality, Natural Lands broke even on the acquisition and transfer, he said.

The Pennsylvania Dutch Council transaction is one of about 30 such transactions that Natural Lands has done to preserve open space by acquiring and transferring the parcels to the state Bureau of Forestry, state park system or state Game Commission, Stefferud estimated.

Part of Camp Mack could become state game lands, public use would continue on 392 acres

The abstract painter talks about his colorful career and his creative process.

The local Boy Scout organization would pay $1.05 million into a trust to help compensate tens of thousands of Scouts nationwide who were sexua…

THE ISSUE: The Pennsylvania Dutch Council of the Boy Scouts of America, which covers Lancaster and Lebanon counties, “would pay $1.05 million …