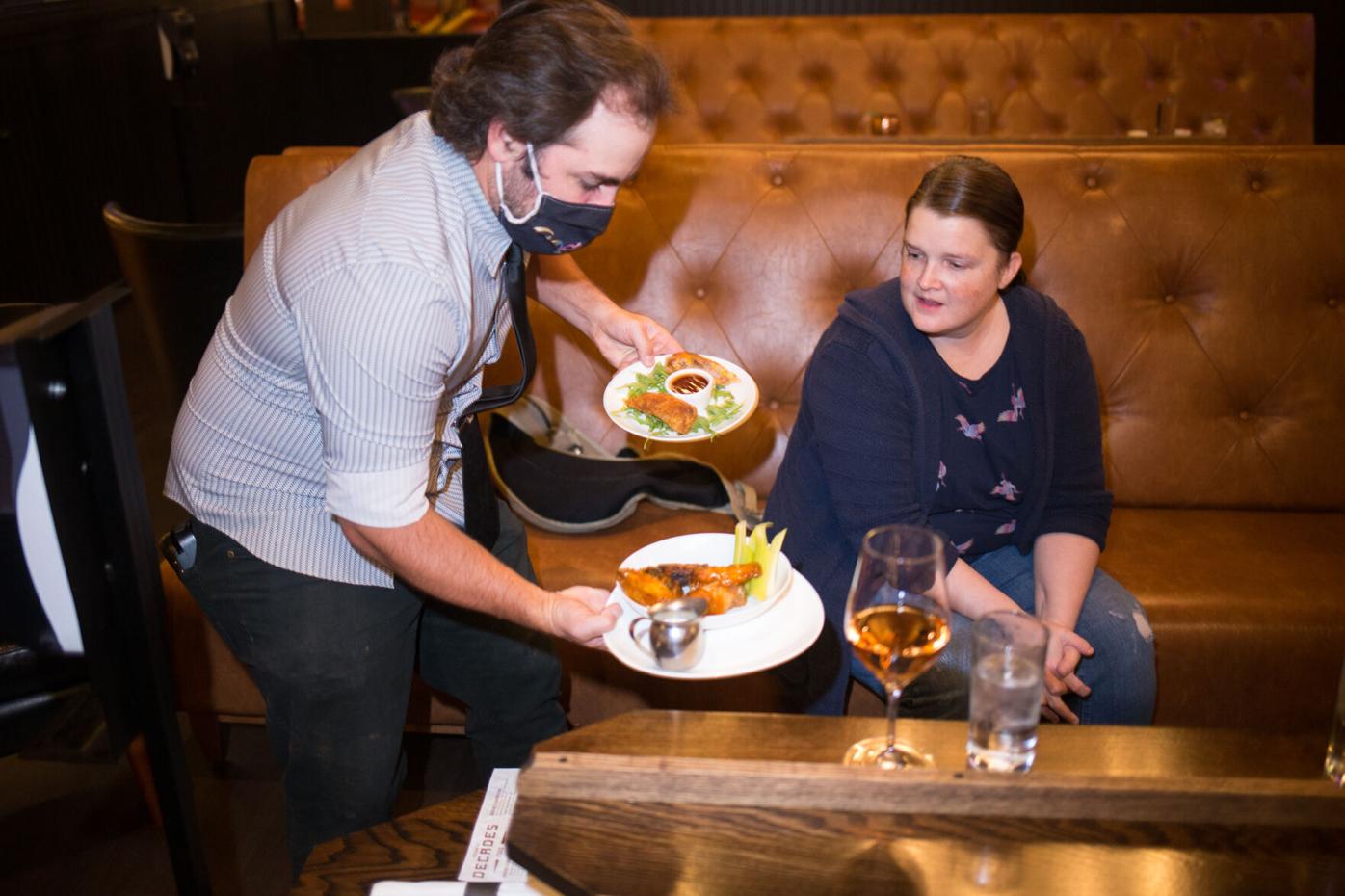 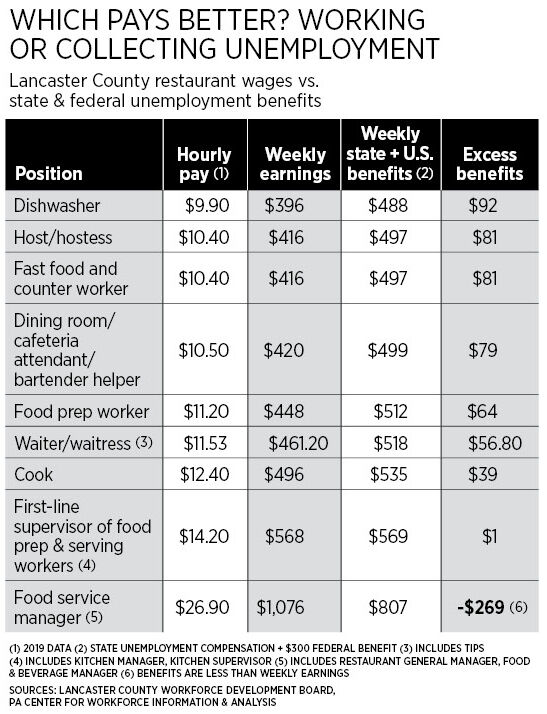 As Lancaster County restaurants search desperately for employees, a trove of experienced workers remains on the sidelines, state data shows.

They are the 634 countians who’ve been laid off from restaurants and bars and who filed claims with the state Department of Labor & Industry during the week ended March 27, saying they want to keep drawing unemployment compensation.

They represent 7.7% of the 8,200 continued claims filed by countians that week, one of the largest single categories of claimants. That figure excludes countians who’ve exhausted those year-long benefits and dropped off the unemployment compensation rolls.

Why would they choose to stay idle instead of return to work? The answer depends on the individual, but common reasons include a lack of child care for their pre-school or school-age children, health concerns and money.

For nearly all categories of laid off restaurant employees, going back to work is a bad financial decision -- as long as the idled employees can collect both state and federal unemployment benefits.

That’s the conclusion of research done by the Lancaster County Workforce Development Board and the PA Center for Workforce Information and Analysis.

What tips the scales in favor of collecting benefits is the new federal benefit of $300 per week, part of President Joe Biden’s American Rescue Plan, which he signed into law in March. The benefit extends into September.

And the less the job pays, the bigger the gap between on-the-job earnings and stay-at-home benefits. But if laid off employees were receiving just state benefits, the better financial choice by far would be going back to work.

For instance, consider the choice faced by a dishwasher, who earned on average $9.90 per hour in 2019 in Lancaster County, or $396 per week -- the lowest paying position of the nine studied by the board. The dishwasher gets $92 more per week while collecting both state and federal benefits (see chart).

Subtract the federal benefit, though, and the dishwasher would make $208 more per week by returning to work, the research shows.

As some COVID-19 restrictions end, restaurants struggle to find workers; 'I'm having a stupid time trying to find help'

Shank's Tavern in Marietta has been closed for more than a year because of state-imposed restrictions on restaurant operations that went away today.

Special orders of wine and liquor to be shipped to customer, not PLCB, says PA Supreme Court