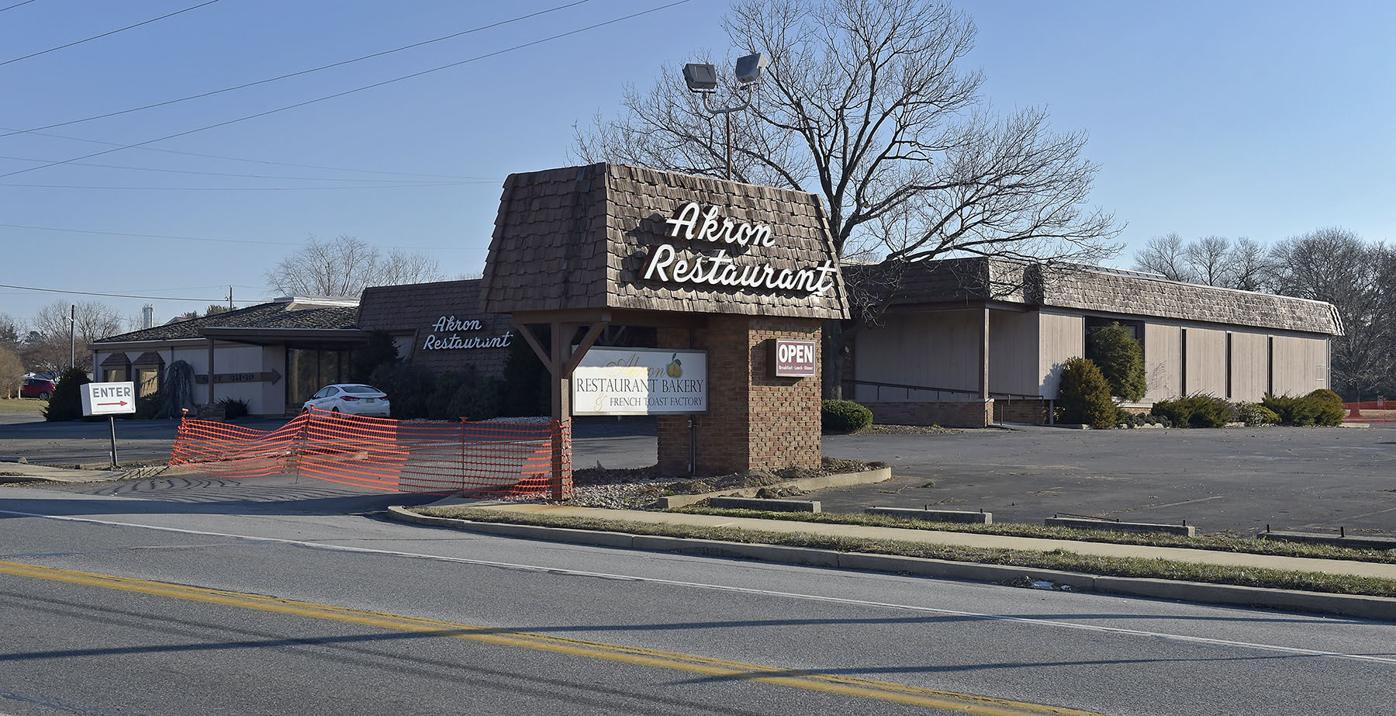 The Akron Restaurant has been closed for 5 years, but it's just been sold and work is beginning to turn it into a rehab center for Retreat of Lancaster. 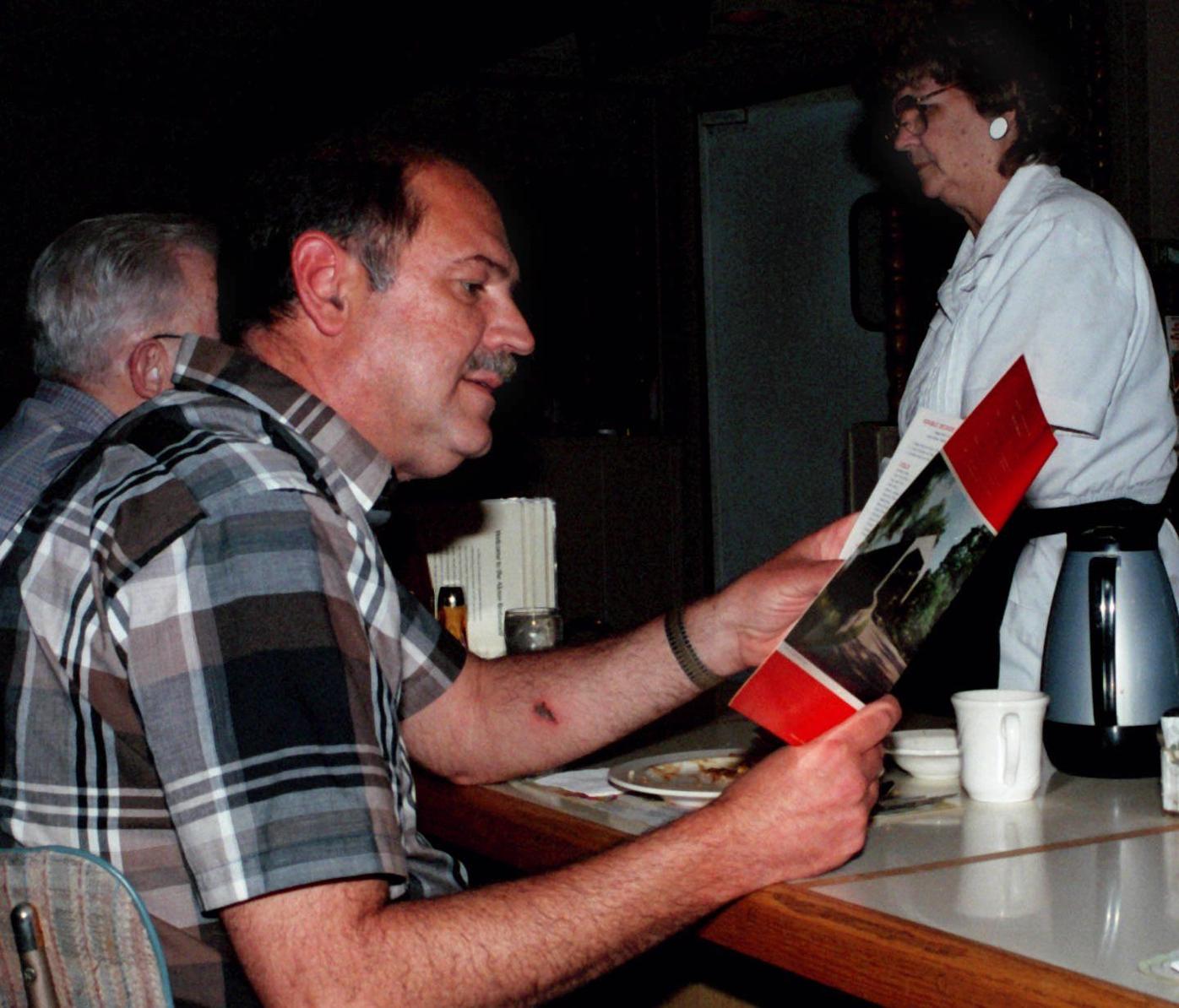 In this photo from 1996, current Akron Mayor John McBeth looks at a menu at the counter at the Akron Restaurant.

The Akron Restaurant has been closed for 5 years, but it's just been sold and work is beginning to turn it into a rehab center for Retreat of Lancaster.

In this photo from 1996, current Akron Mayor John McBeth looks at a menu at the counter at the Akron Restaurant.

The long uncertain fate of the Akron Restaurant has been determined.

Its days as a restaurant are over.

Work began last week to change the building at 333 S. Seventh St. into an outpatient rehabilitation center by April, ending any chance of having it revived as an eatery.

Retreat at Lancaster County, which has a 160-bed inpatient facility and smaller outpatient facility nearby, is expanding its drug and alcohol outpatient services with a $2.65 million project to buy and renovate the former restaurant property.

“We’ve been wanting to do this for about a year. We kind of outgrew our space,” said Peter Schorr, Retreat founder and chief executive officer.

Schorr bought the property in December for $900,000 and said he will spend another $1.75 million on renovations and furnishings.

Besides drug and alcohol treatment, the new facility will offer a variety of family education programs, with Schorr expecting to hire 50 employees for what he hopes will be a first-class center.

“We were able to design what we wanted. We want to built a state-of-the-art facility,” Schorr said. “There’s nothing like this that exists anywhere.”

Retreat’s current outpatient office in Akron at 10 S. Seventh St. will be kept for adolescents ages 13 to 17.

While the Akron Restaurant has been closed since July 2010 and only open for three of the last 11 years, some locals still hoped to see it return.

“A restaurant would have been nice but it’s important to see the building put to use,” said Akron Mayor John McBeth, who ate at the restaurant nearly every day for 30 years. “It was certainly a landmark in the area. A lot of people went there.”

Warren G. and Dorothy Royer opened Akron Restaurant in Ephrata around 1950. They moved it to Main Street in Akron in 1954, where it was known for serving traditional Sunday dinners of either chicken or turkey.

In July 2004, third-generation owners David and Susan Lewis, who co-owned the business with their brother James, closed the restaurant following a sale to the Mountis Family, which owns Neptune Diner and Conestoga Restaurant in Lancaster.

A couple weeks after the sale of the property for $700,000, Ephrata Community Hospital offered $1.5 million to buy it for a new outpatient center.

The timing and the amount of the hospital’s offer, in contrast with the amount paid by the Mountis family, prompted some head-scratching at the time.

Within a matter of weeks, though, the hospital withdrew its offer, saying the cost to renovate the building would have been too high.

Decline of a restaurant

While the Mountis family said they planned to reopen quickly following the summer of 2004, nothing happened for three years.

When the restaurant finally reopened in May 2007, it was renamed the Akron Restaurant, Bakery & French Toast Factory.

The name change reflected a menu that included more than 20 French toast varieties as well as traditional Pennsylvania Dutch food in addition to some new Greek dishes.

The restaurant operated for three years. But following cutbacks that included doing away with all regular hours and being open only for special events, the restaurant closed for good in July 2010.

No one from the Mountis family replied to a request for comment about the restaurant’s history.

However, a borough official said some of the problem could have been due to Akron’s 63-year-old ban on retail sales of liquor.

Guers said that soon after the Mountis family bought the Akron Restaurant, they tried to put a referendum on the ballot to overturn the liquor ban.

While McBeth said he would have liked to see a restaurant operator reopen the building, he thinks the rehab center will be a solid addition to the town.

“I’m very impressed with their operation as our neighbor,” he said. “The Retreat of Lancaster County has been a well-run operation,”

Schorr said that with all kinds of addiction on the rise, there’s an acute need for this kind of facility.

“It’s at an all-time high. Kids are dying from it and it’s really just a sad, debilitating situation,” he said.

The extra space at the new outpatient center will mean Retreat at Lancaster County can expand its education programs for family members, something Schorr says is critically important.

“Parents think they can just tell their kids ‘no’ but it’s actually a brain disease, so they need to be educated about that,” Schorr said.

Schorr said the former restaurant building suffered from some neglect and will need a new roof, among other things.

And Shorr said that while he’s aware of the building’s history as a landmark restaurant, he’s never seen it in operation.

“I’ve been in Ephrata for five years and I’ve never seen it open,” Schorr said.