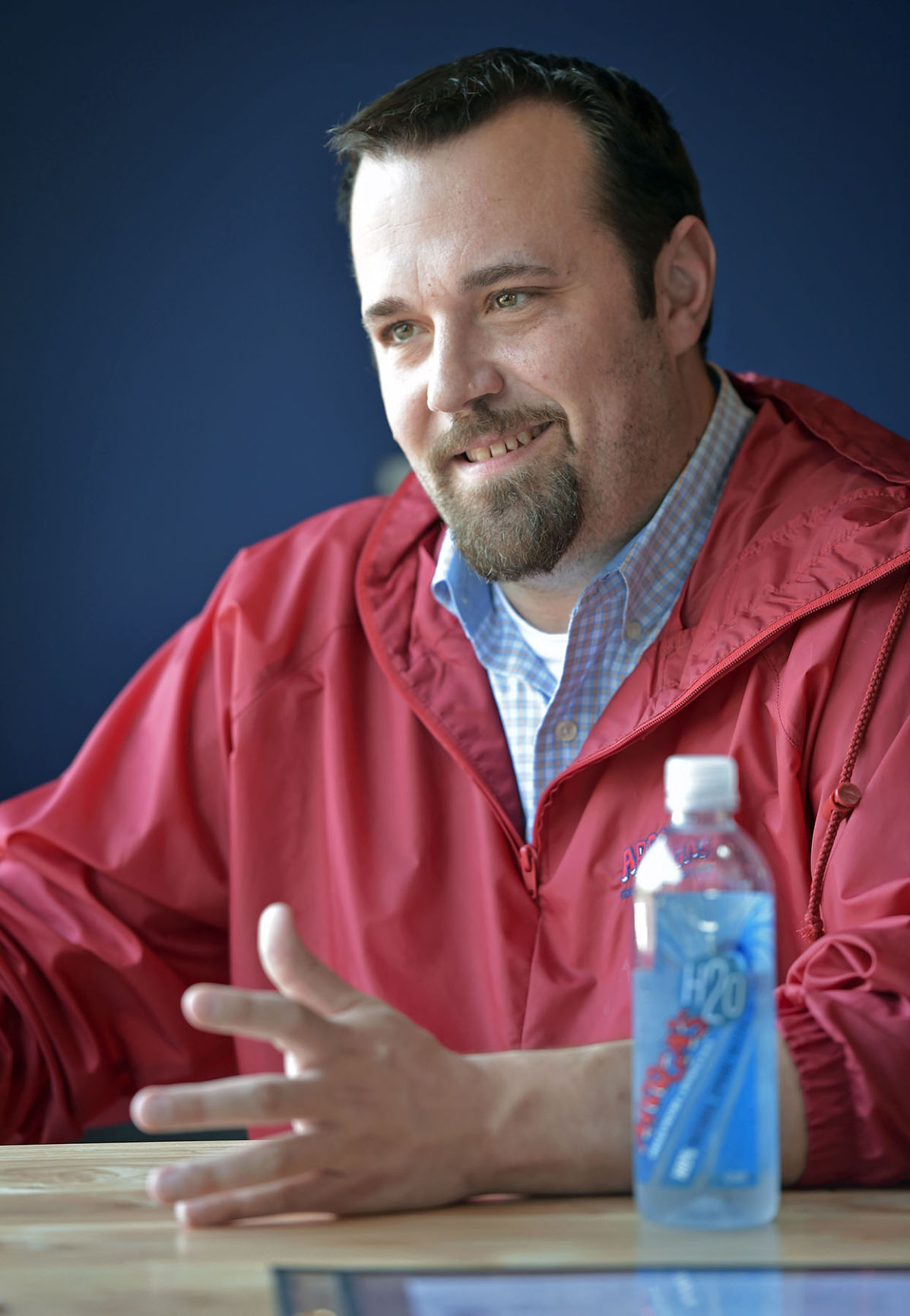 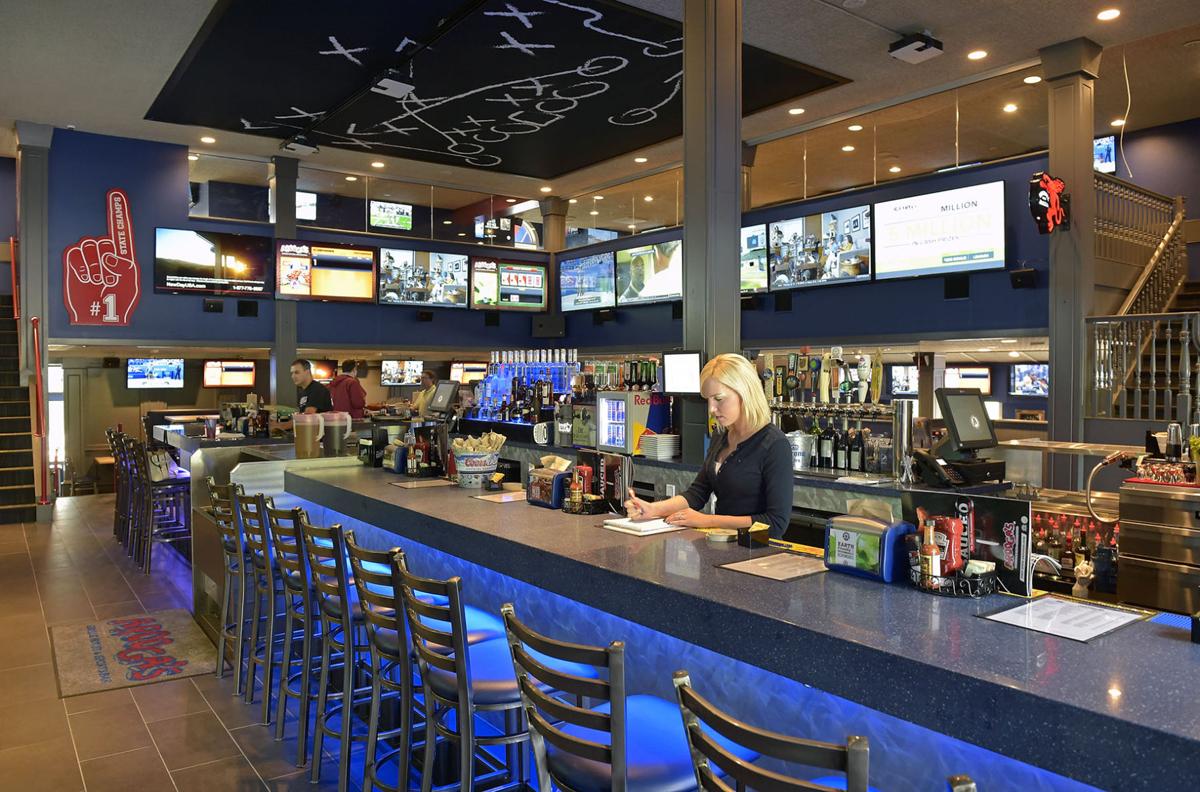 Inside the main bar area at the new Arooga's Grille House & Sports Bar in Lancaster.

Inside the main bar area at the new Arooga's Grille House & Sports Bar in Lancaster.

Arooga’s Grille House & Sports Bar has grown quickly in the mid-state since it opened its first restaurant in West Hanover Township, Dauphin County, in 2008.

The full-service restaurant and sports bar, with 100-plus televisions at each location, now has 10 company-owned restaurants. Most are in York, Hanover and the Harrisburg area.

It also has one franchise location as well as aggressive plans to add more such restaurants.

At 9,300 square feet, the Lancaster sports bar is the largest of the company-owned Arooga’s.

“I think this is the evolution of our brand,” said Gary Huether Jr. who owns Arooga’s with Mike Murphy.

While Arooga’s is planning more of its own locations, its biggest growth will be through franchises.

In a nationwide contest in 2010, Arooga’s was selected as “America’s Next Top Restaurant Franchise,” winning help to expand.

One franchise restaurant has already opened at a Mohegan Sun casino in Connecticut. Arooga’s has deals for restaurants in New Jersey, Chicago, Illinois, Arizona, Florida and Georgia.

Why did you want to open in Lancaster?

This was one of the areas on the radar. Corporately, we like to grow out our circle and we’re using franchising as a mechanism to grow outside our circle.

Lancaster gets us closer to the Philly market. This is a more populated market and demographically, it’s a better market from an income level and population standpoint.

Will you open more in Lancaster?

We think we can do three locations in the Lancaster area. We expect this to be one of our best locations and from here hope to grow out through Lancaster.

How have you expanded the Arooga’s brand?

We’re no longer just a restaurant —we have a variety of businesses. We have two beers that we work with, we have a vodka, we’re in 250-plus retail locations with our wing sauces and now we’ve sold 80 franchises. We also manufacture 12 items for all our stores.

How important is it for things to go well right away at a new restaurant?

So important. You want to open to a happy audience that leaves telling people how great it is which keeps your opening going a lot longer.

How do you use social media?

It’s one of the main things we do. A lot of our traditional media has been toned down.

We think it’s important since for a lot of people that’s the way they communicate. It gives us a lot of direct contact with our customers.

Why are you doing franchises?

We won the America’s Next Top Restaurant Franchise contest. So we got paid to get franchised.

It took another three years after we won to start the selling process. They wanted me to start doing it right away and even though we had won, I didn’t feel I could look (a franchisee) in the eye and know we had the structures set up.

One of the things that held me up was that the systems weren’t tight enough. I wanted to have truly tight systems.

From an operational standpoint from the kitchen it’s the consistency of the product, the way the line is set up, how long every menu item takes to cook. It also meant having a picture of every menu item and having a system that can provide food costs on a weekly basis.

A lot of those systems are (for franchisees) to be able to know where they’re at.

How does franchising change the way you look at the business?

How do you find franchisees?

We started doing some marketing into franchise books and magazines but we found that we liked the shows because we got to meet the people we were talking to.

We ended up meeting with the director of strategic development from the Mohegan tribe and they were looking to expand from gaming into some different avenues. We were the first diversification.

They signed a 15-unit deal which gave us a lot of credibility in the franchising world.

What’s the secret to Arooga’s success?

I don’t think there is a magic formula. I think finding the right team is part of it. It’s hard to beat someone that loves what they’re doing and is passionate.

Why do so many restaurants fail?

At the very beginning, you can do a lot of things wrong when you don’t know, including spending too much money on inefficient advertising and then getting to the point where you need to advertise but you’ve already spent all your money.

Why were you successful?

I think one of our biggest advantages at the start is that I was a Snap-On Tools franchise, so I had structure. So when we opened the restaurant, I did inventory, we counted the money, everything got rung in.

I think that’s why a lot of (restaurants) fail. They don’t count the money everyday or do inventory.

And I think that happens, people think, “Oh, we’ll just give them free food and then free drinks.” But what is the end cost? (If you owned a bank) you wouldn’t just have the bank teller give somebody money.