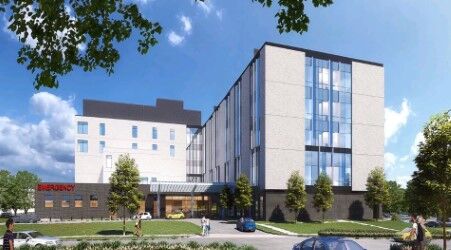 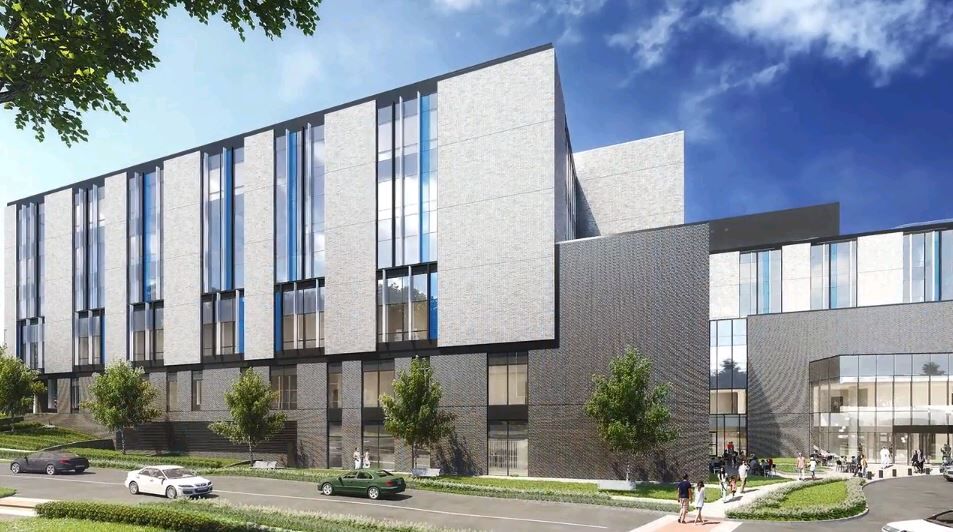 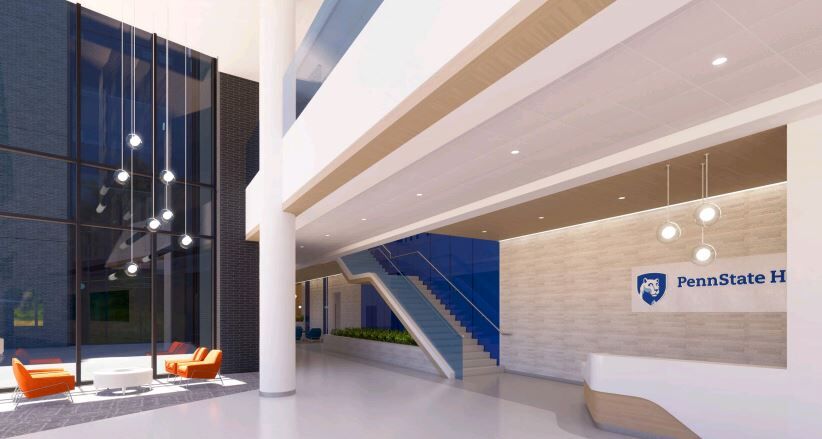 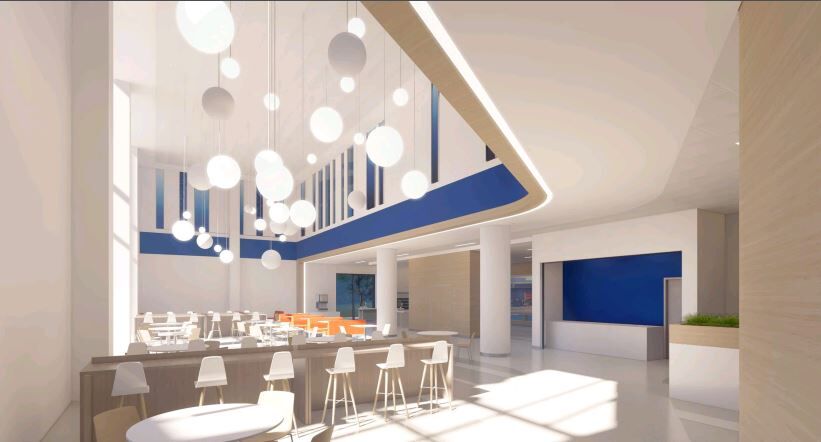 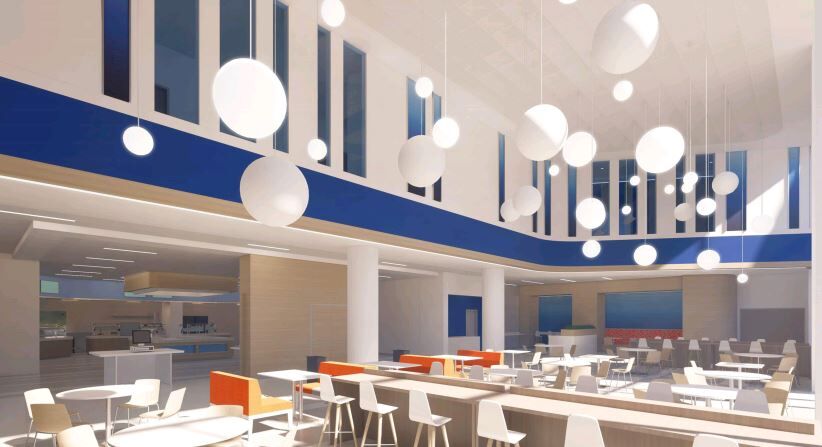 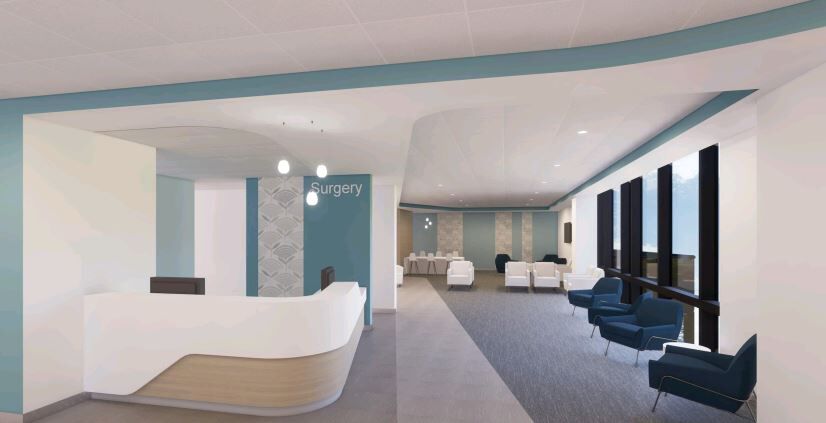 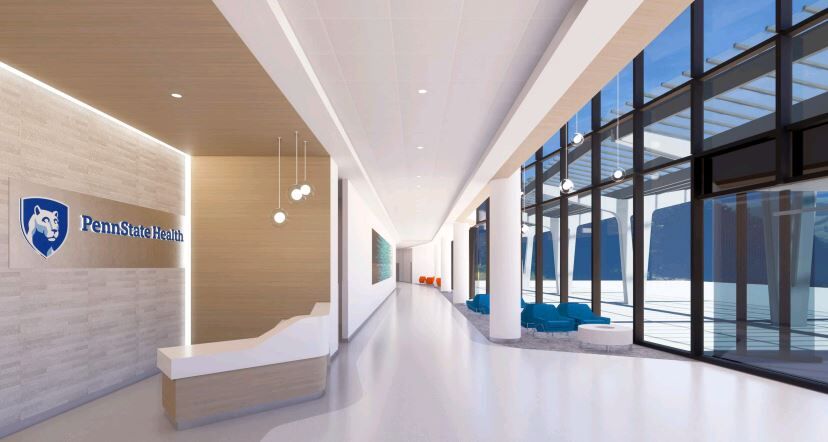 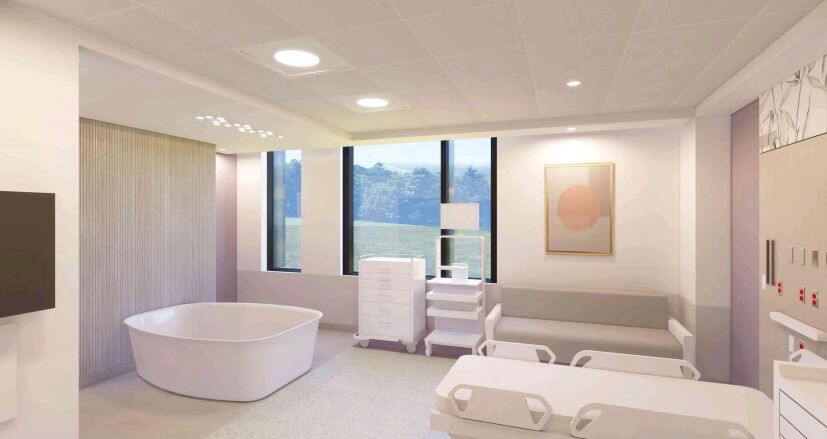 This rendering shows a patient room in the labor and delivery department of Penn State Health Lancaster Medical Center. 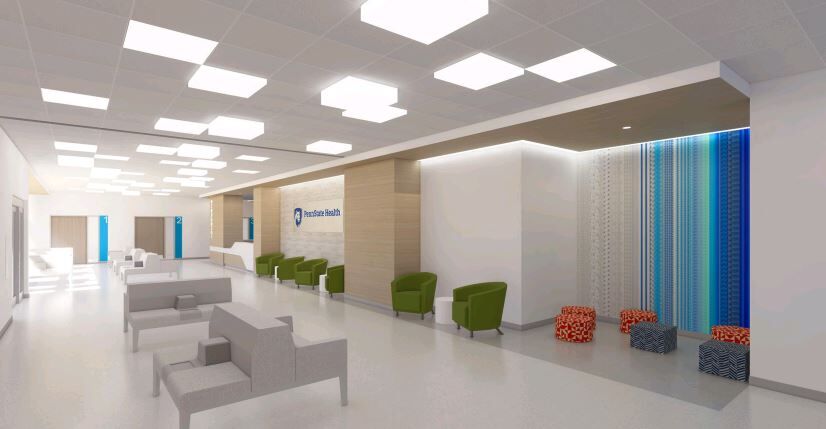 This rendering shows a patient room in the labor and delivery department of Penn State Health Lancaster Medical Center.

Penn State Health gradually is giving the public a fuller picture – literally and figuratively -- of its new hospital under construction in East Hempfield Township.

The health system recently shared for the first time the number of new jobs to result from its hospital and an adjoining medical office building. It said a total of 900 people will work at the new facilities, between Harrisburg Pike and State Road.

Penn State Health also provided a tweaked timeline for the venture. Its Lancaster Medical Center and medical office building now are expected to be completed in late summer or fall 2022, a slight delay from the originally scheduled opening of summer 2022, stemming from the COVID-19 pandemic.

In addition, the health system released renderings of the 341,000-square-foot hospital's interior as well as new views of the building’s exterior. They depict a modern, sleek look inside and out. The hospital will be connected to the 60,000-square-foot medical office building and a 400-space parking garage.

The job impact, revised timetable and renderings were made public by the health system recently during a “topping out” ceremony that put in place the five-story building’s highest steel beam.

Repeated requests to Penn State Health to specify how many of the 900 jobs would be at the hospital, the amount of property taxes the project would generate and a total project cost were unsuccessful.

The construction cost alone – which excludes the cost of land, equipment, furnishings and professional fees -- of the hospital, medical office building and a parking garage is $191.8 million, the health system told LNP | LancasterOnline in May.

Lancaster Medical Center -- with 129 beds and the capacity to add 24 more -- is being built near the State Road exit of Route 283 in East Hempfield Township, as part of a 100-acre mixed use campus being created by Oak Tree Development.

What’s being proposed for Penn State hospital campus in East Hempfield Township? Here is a look at the plan

The hospital will be the centerpiece of Penn State Health’s ambitious strategy to carve out a bigger share of Lancaster County’s health care market, long dominated by Lancaster General Health, the county’s biggest employer.

Penn State Health made its first splash here in 2017 by purchasing the county's largest group of independent physicians, Physicians' Alliance Ltd. It next opened the Lime Spring Outpatient Center off Rohrerstown Road in 2019, acquired property off Eden Road later that year (though no plans for the parcel have been disclosed) and plans to open another outpatient center on the former Toys R Us store site on Harrisburg Pike in late 2021.

Penn State Health names hospital planned for Lancaster County; here’s what it will be called