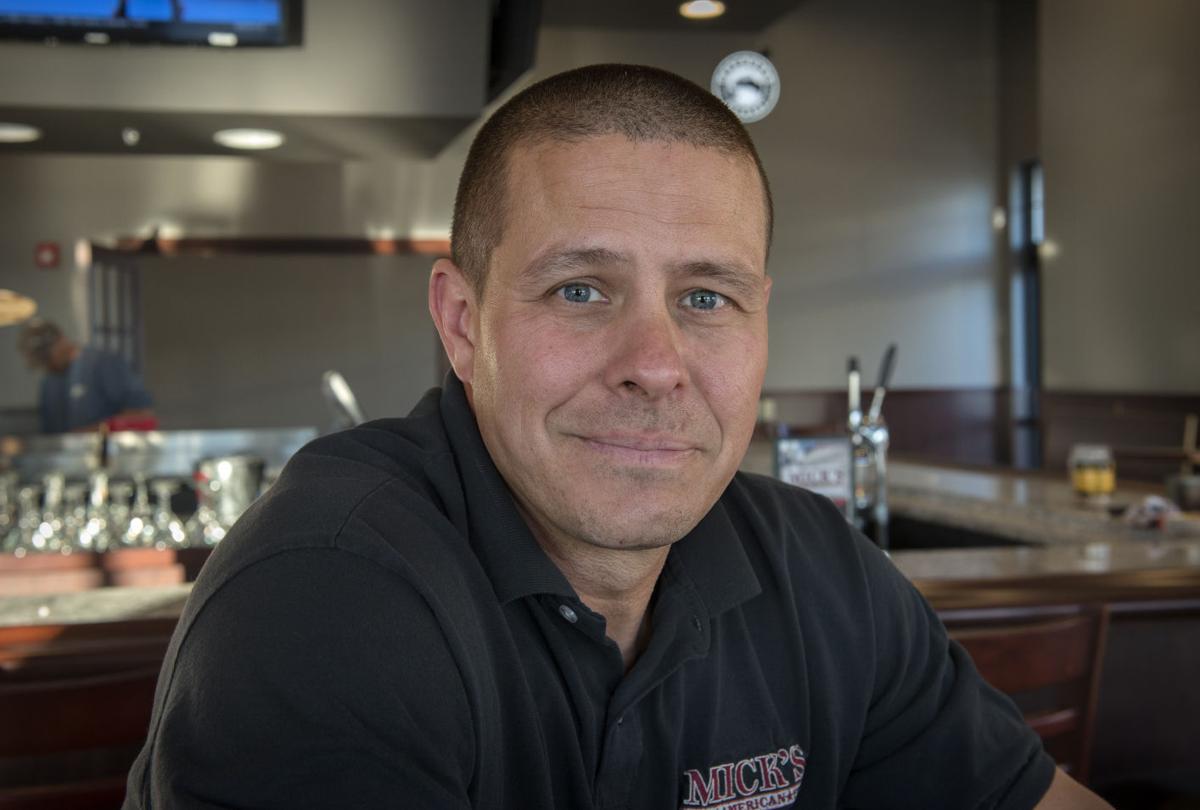 Mick Owens inside the new Mick's All American Pub in the Donegal Square shopping center outside Mount Joy. 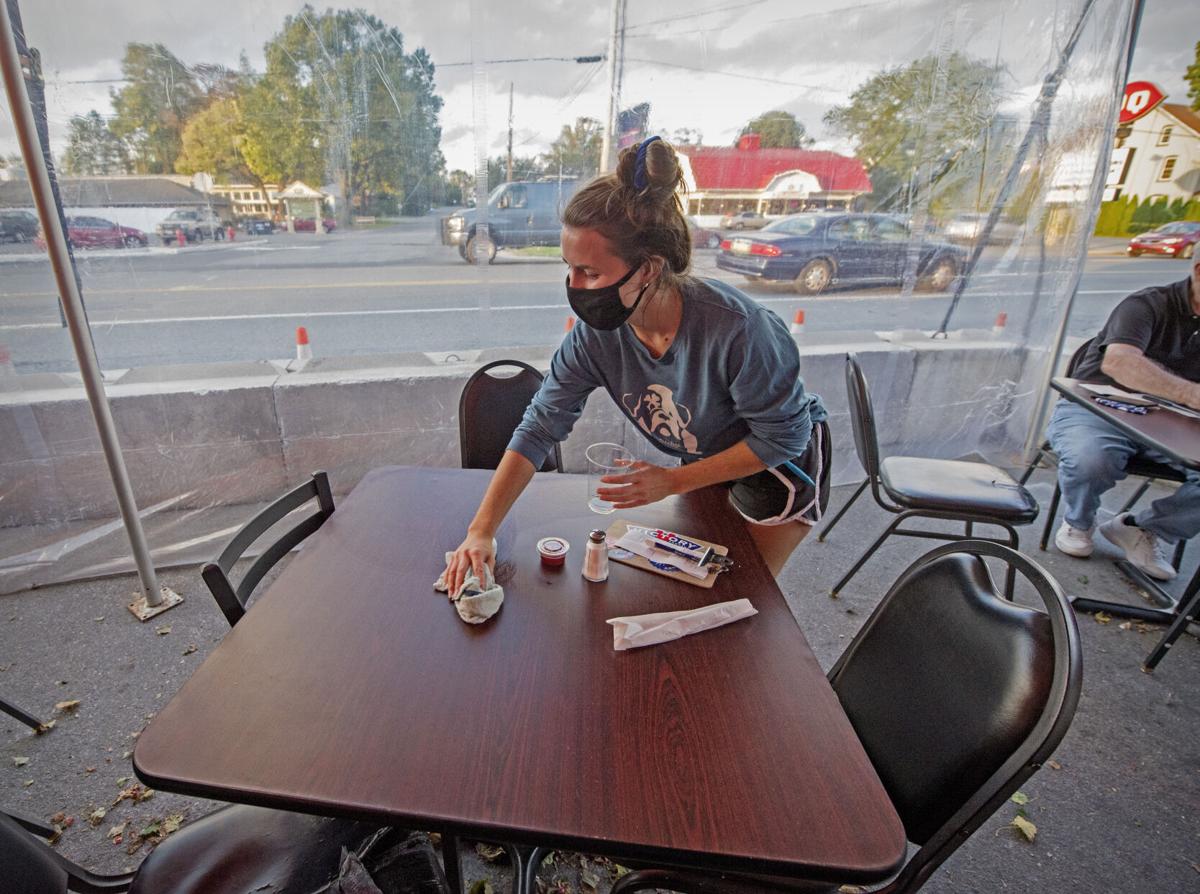 Traffic passes on Columbia Avenue as waitress Emma Hamaker wipes down a table inside the tent set up for outdoor dining in the parking lot of the Lucky Dog Cafe 1942 Columbia Ave. in Manor Township Wednesday, Oct. 7, 2020.

Mick Owens inside the new Mick's All American Pub in the Donegal Square shopping center outside Mount Joy.

Traffic passes on Columbia Avenue as waitress Emma Hamaker wipes down a table inside the tent set up for outdoor dining in the parking lot of the Lucky Dog Cafe 1942 Columbia Ave. in Manor Township Wednesday, Oct. 7, 2020.

The state intends to waive liquor license fees in 2021 for more than 16,000 restaurants and bars, clubs, caterers and hotels, said Democratic Gov. Tom Wolf, who recently vetoed Republican legislation that would have loosened pandemic restrictions on the food and beverage sector.

The plan requires approval by the Pennsylvania Liquor Control Board.

Restaurants rush to keep outside options warm into winter

Industry groups reacted coolly to Wolf’s proposal, saying it will barely make a dent in their members’ staggering financial losses.

John Longstreet, president and CEO of the Pennsylvania Restaurant and Lodging Association, said Wolf’s offer won’t do much to help.

“If the restaurant industry is the backbone of Pennsylvania’s economy,” Longstreet said in a written statement, “then our governor needs to understand our backs are broken.”

Mick Owens, vice president of the state association, called the governor’s proposal to eliminate the liquor license fee “About as pathetic of an initiative as I can imagine.”

Owens is owner of three Mick’s All American Pubs and one Maize Mexican Cantina in Lancaster County.

He estimates that one year of liquor license fees for his four locations would total $8,000. But he said he expects revenue from his four restaurants to be down about $3 million for the year due to pandemic-related restrictions.

Why are restaurants passing on the opportunity to boost indoor seating? It's complicated

Bars and restaurants have been reeling from the pandemic and the state’s efforts to contain it. The Wolf administration has imposed occupancy limits and other rules, including a prohibition on bar seating and a requirement that alcohol be served with food, that state health officials say are necessary to limit the spread of the coronavirus.

Wolf’s announcement comes days after the failure of an attempt in the Legislature to override the governor’s veto of a bill that would loosen restaurant restrictions.

House Republicans circulated a June letter from Pennsylvania Liquor Control Board officials that said the board lacks authority to reduce statutory license fees and surcharges without legislative action. Liquor board spokesperson Shawn Kelly said the board is “evaluating its authority to waive various categories of fees” and will address Wolf’s proposal at its meeting next week after completing a fiscal and legal review.

Bar and restaurant owners have been fighting the restrictions for months, saying the Wolf administration has no evidence they’re responsible for rising case numbers. Industry officials have warned that thousands of establishments are in danger of closing permanently without relief from the state.

Chuck Moran, executive director of the Pennsylvania Licensed Beverage and Tavern Association, said in a written statement Thursday that “while licensing fee help is part of the solution, much more needs to be done” to help bars and restaurants stay afloat.

Wolf has vetoed a series of GOP bills designed to eliminate or water down his pandemic restrictions.

“Unfortunately, we’ve seen that even when owners, employees and patrons do everything right, the very nature of COVID continues to make gathering in restaurants at full capacity really dangerous,” Wolf said. “But that’s not the fault of the restaurant owners ... and therefore they should not be forced to bear the financial burden of this alone.”

Wolf has been pressing the General Assembly to approve a $100 million aid package for the hospitality industry, including restaurants and bars, and take other steps to provide relief. The money would come from Pennsylvania’s share of the federal coronavirus relief law, of which about $1 billion remains unspent.

House Republican spokesperson Jason Gottesman said legislative Republicans will be “examining the best uses of that money given our $4 billion budget deficit and the many areas of state and local government impacted by COVID-19.”

Man charged after shooting at vehicle that honked at him in Lancaster city: police

To busy enjoying the nice fall weather this weekend to login to lancasteronline.com?